We all love tacos, right? (Please tell me I’m right…)
But even the biggest taco fans can get in ruts – which is why Learn To Cook and I whipped up these Asian Inspired Pork Tacos! We added pork shoulder to a crock pot with ginger, garlic, jalapeno, soy sauce and a bunch of other flavorful ingredients. We then paired that with a crunchy slaw for a whole new kind of taco. So yum! Watch it happen in the video below:
Pork Ingredients
1 cups chicken broth
3 tbsp soy sauce
3 tbsp rice wine
2 tbsp brown sugar, not packed
4 cloves garlic, smashed
1 jalapeno, diced with seeds
1 piece of ginger, about 2 inches, peeled and diced
2 lb pork shoulder, boneless and fat trimmed
1 tsp salt
1 tsp pepper
Slaw Ingredients
1/2 small head red cabbage, sliced thinly
3 carrots, peeled and julienned
1 cucumber, peeled and julienned
1 orange, juiced
handful of cilantro, roughly chopped
1/4 cup thinly sliced green onions
1/2-1 tbsp sesame oil (or olive oil)
salt and pepper to taste 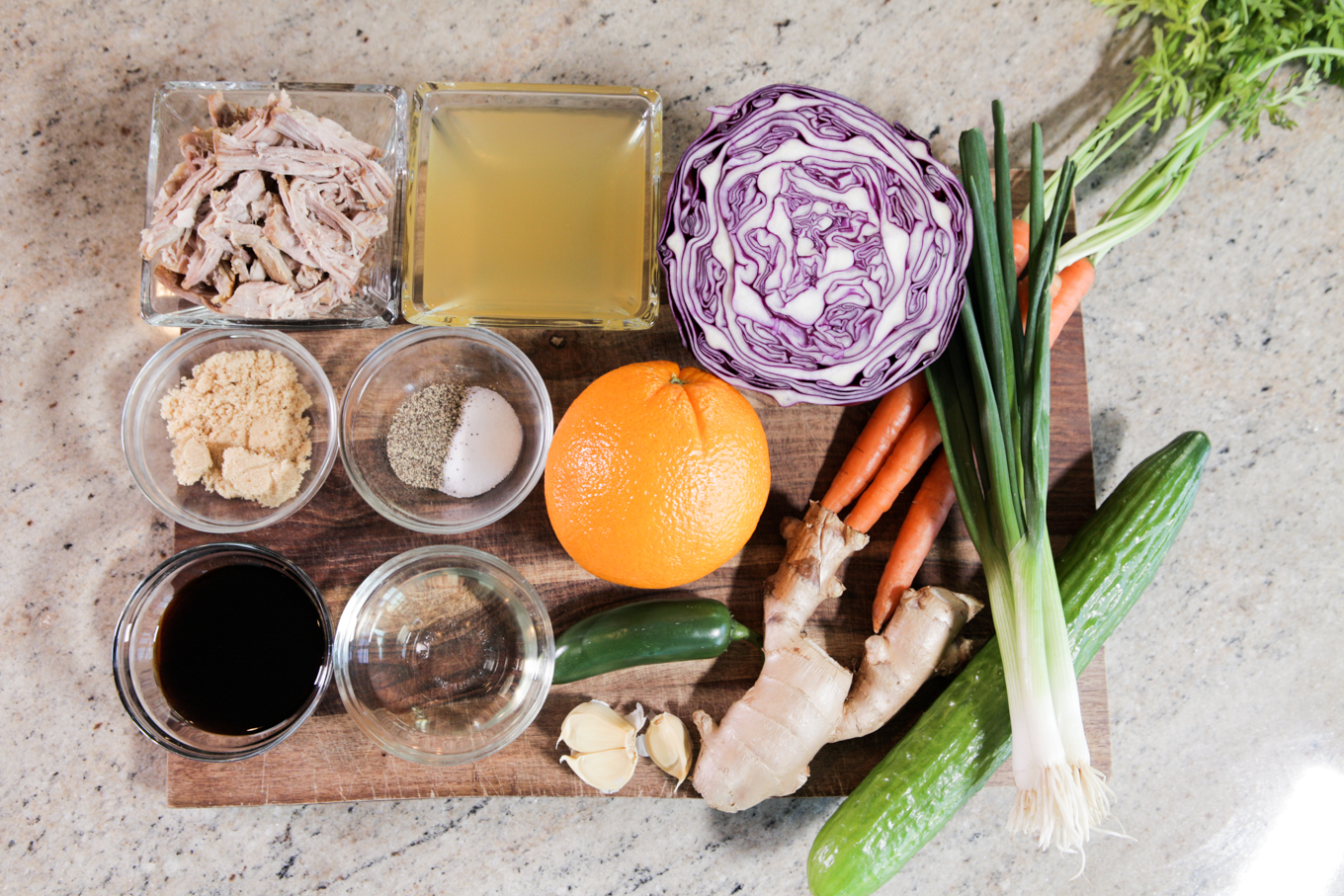 In a crock pot, combine the chicken broth, soy sauce, rice wine, brown sugar, garlic, ginger, jalapeno, salt and pepper and stir to combine. Add in the pork and cook on low for about 8 hours, or until you can easily shred the meat with a fork. 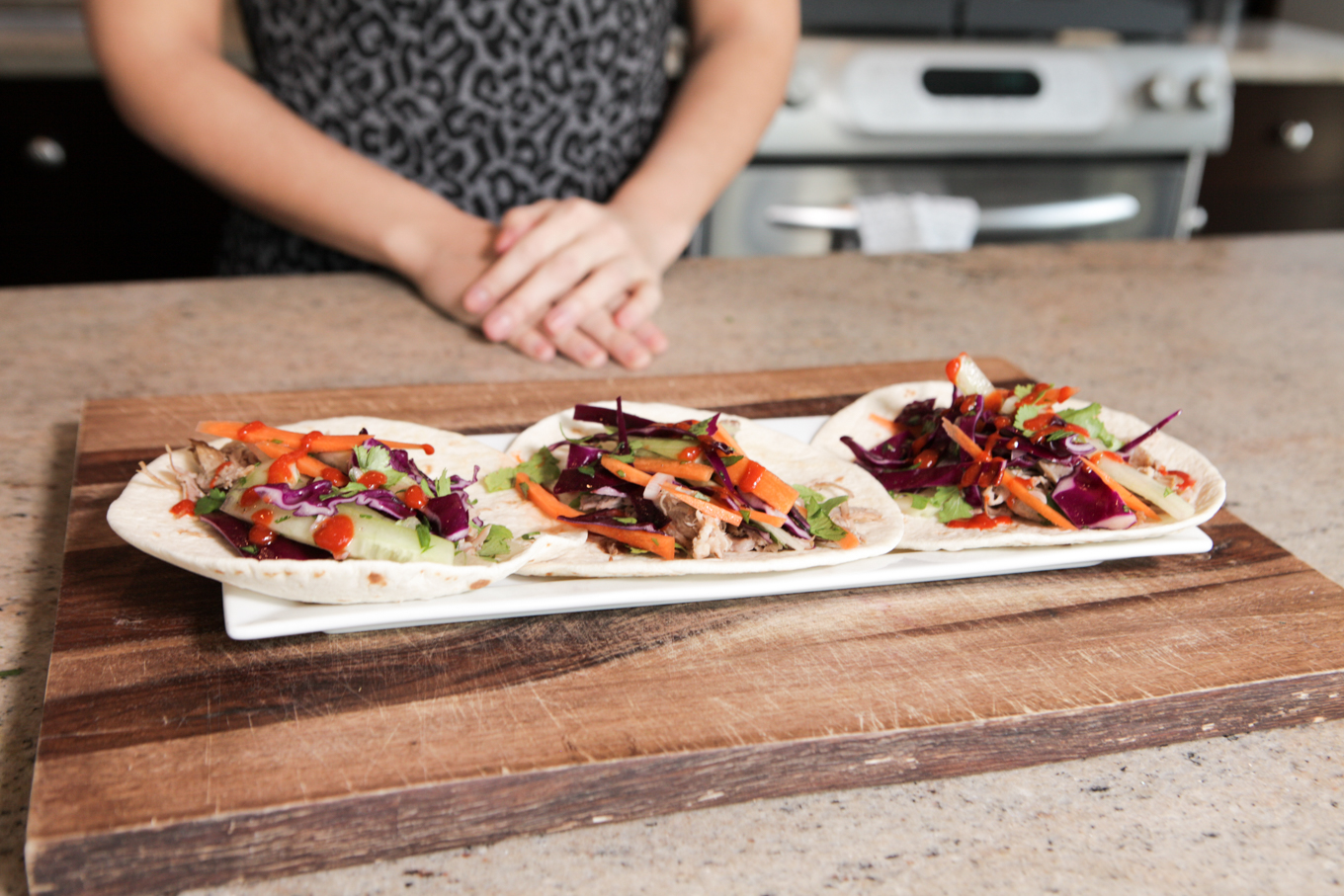 When the pork is almost done, make the slaw. In a large bowl, toss together the roughly sliced cabbage, julienned carrots, julienned cucumber and sliced green onion. Squeeze the juice of 1 orange in a separate bowl with salt and pepper. Slowly add in the sesame oil (or olive oil, or combo!) while whisking constantly. Add the dressing and cilantro to the vegetables and toss to coat. Set aside.
When the pork is done, remove it from the broth and place it in a large bowl or colander. Shred with a fork, removing any large pieces of ginger, garlic or jalapeno. Add a little bit of the broth and toss to keep it moist.
For your tacos, add the pork to warmed flour tortillas. Top it with a good helping of slaw and enjoy! 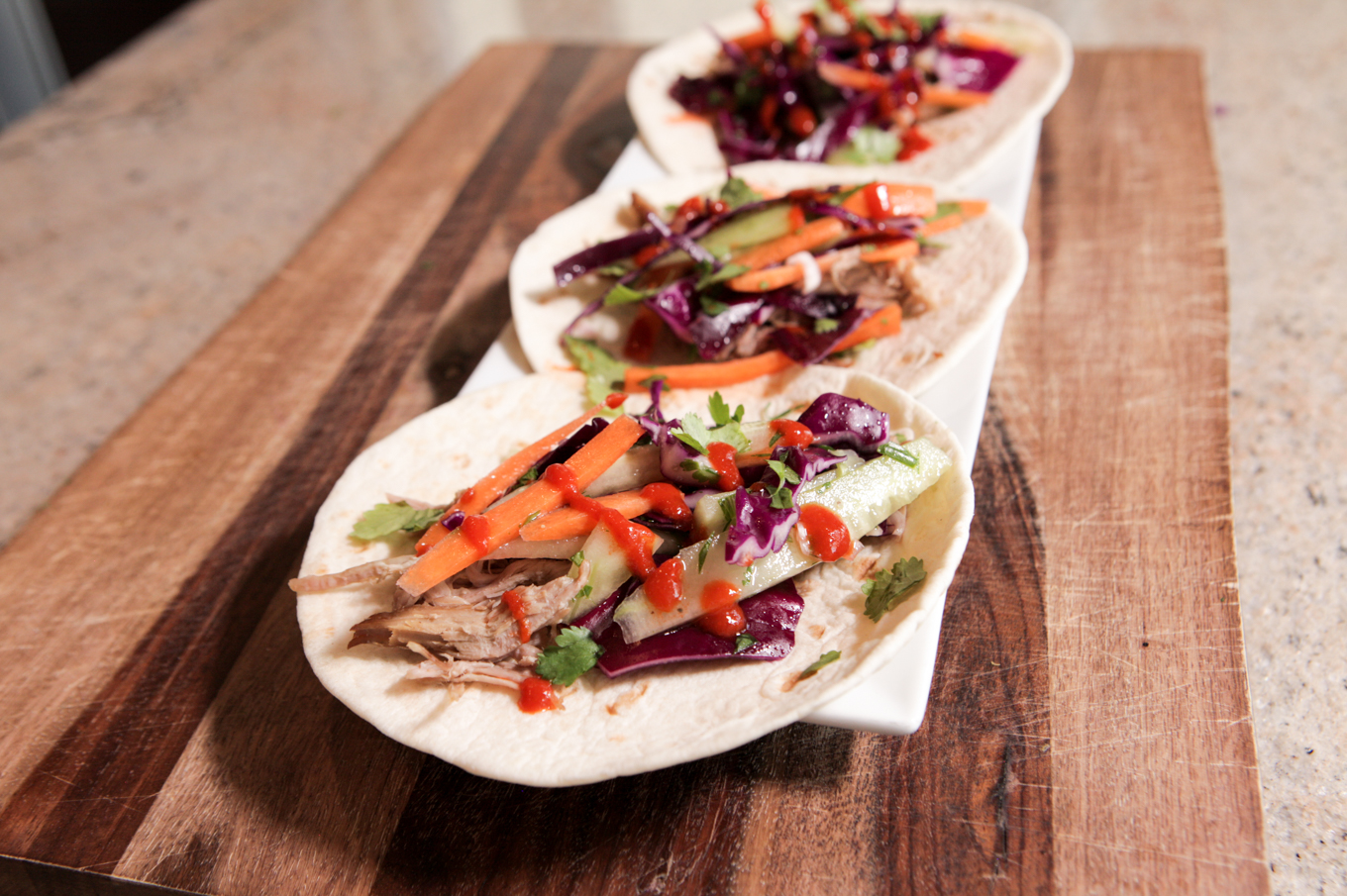