The best soup recipes for the cold season ahead! 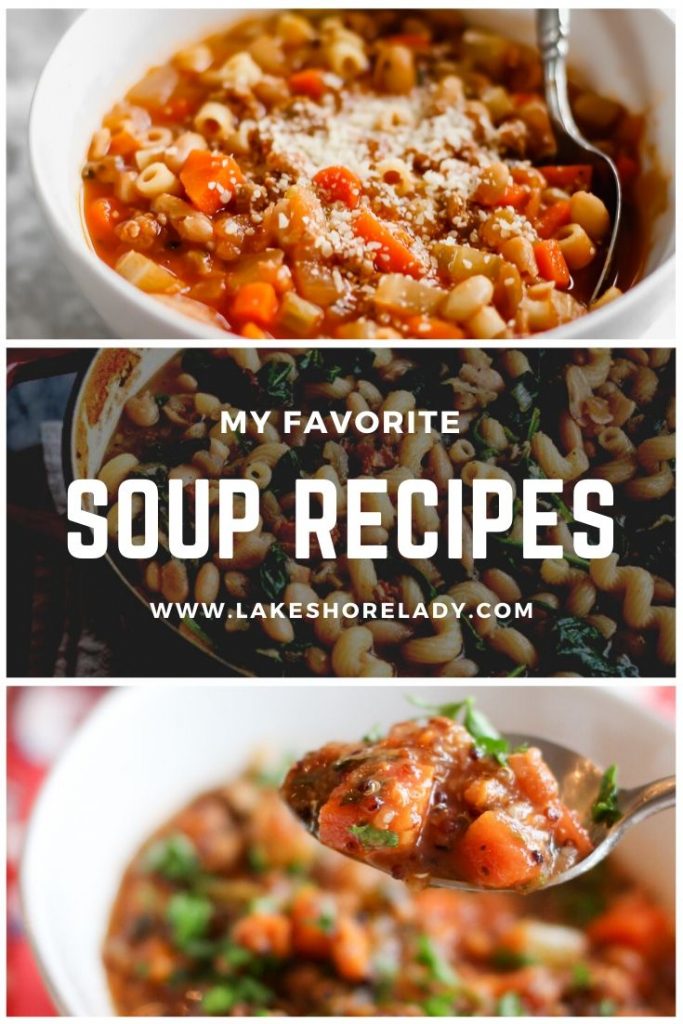 I love soup. Like… a lot. I know, it’s not the most exciting food group in the world – but when you live in a city that has cold weather for at least 7 months of the year, a pot of hot soup on the stove makes it not only bearable, but cozy and lovely.

I’m always open to trying new recipes, but to start this new soup season, I thought I’d round up my go-to favorites. The only one this list doesn’t include is my chicken noodle soup – which is only because I haven’t written the recipe out! Don’t worry, I have big plans to fix that. (Keep an eye out the week before Thanksgiving – you can make it with leftover turkey after the big day instead of making chicken for it!) Until then, meet your new favorite soups!

This is my #1 favorite soup, hands down. I think it’s because my Mom and Nana always used to make it, so there’s a nostalgic element to it… but it’s also DELICIOUS. I grew up making it vegetarian, but after adding sausage to it last year, I can confirm that it’s awesome both ways! 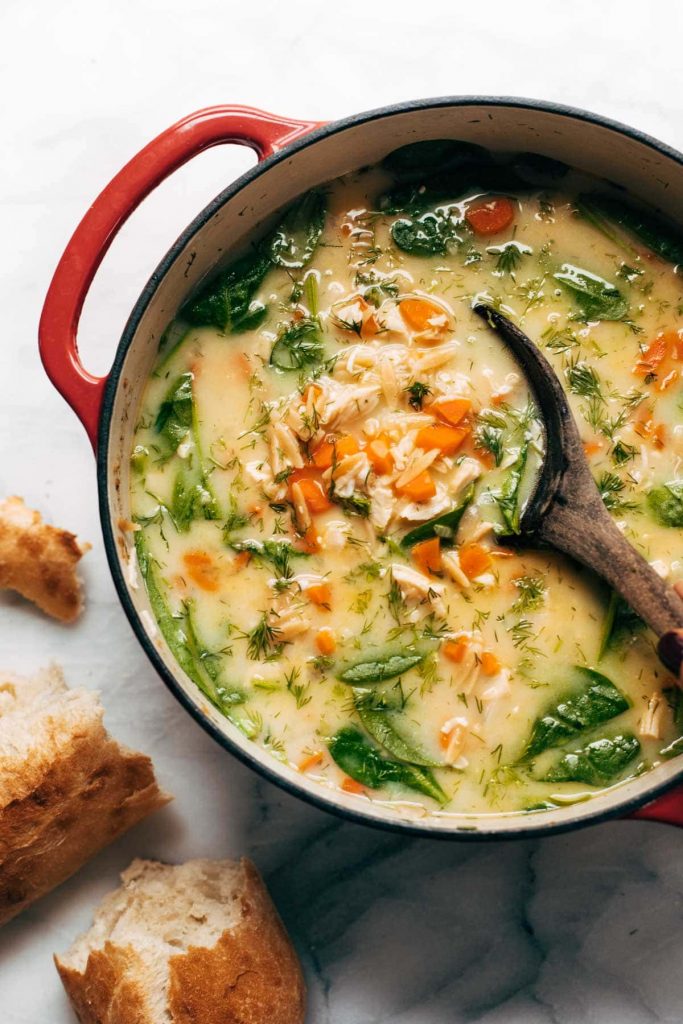 Lemon Chicken Soup with Orzo by Pinch of Yum

We just tried this a few weeks ago and it’s a major winner! I love that the lemon and egg mixture makes the soup creamy without any cream – such a cool trick! 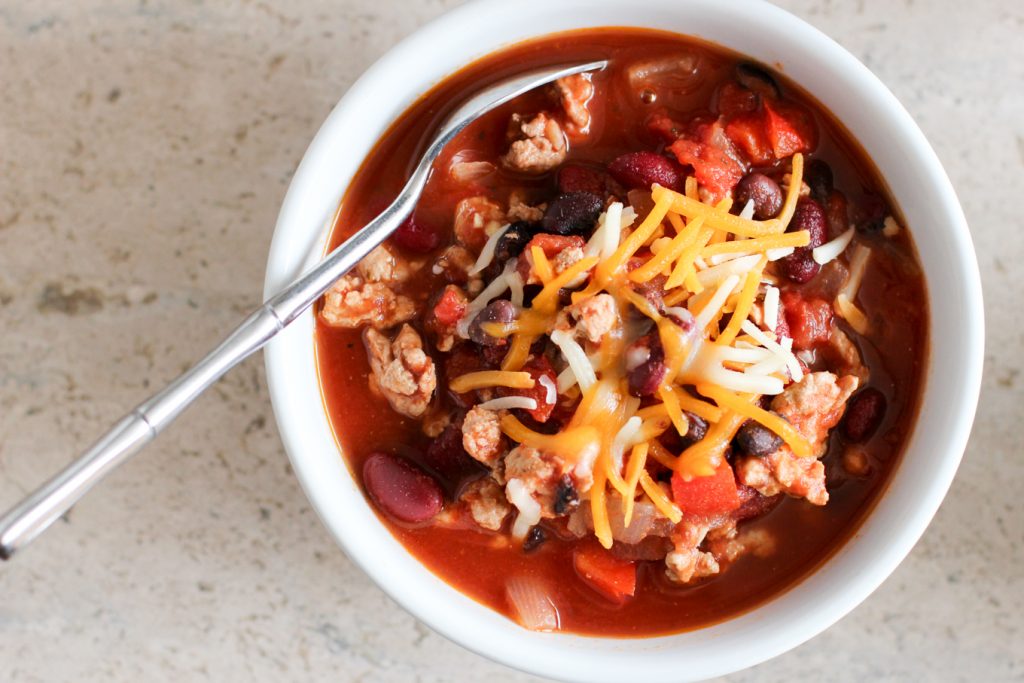 If we’re having people over for Football Sunday, you can be almost positive this is cooking in my kitchen! You can make it in a slow cooker or just simmer it on your stove. Either way, it’s sure to be a crowd pleaser!

I actually forgot about this one and got so excited when I discovered it again because it’s SO easy! All you have to do it put everything in a slow cooker… that’s it. It’s the perfect meal prep recipe for the work week! 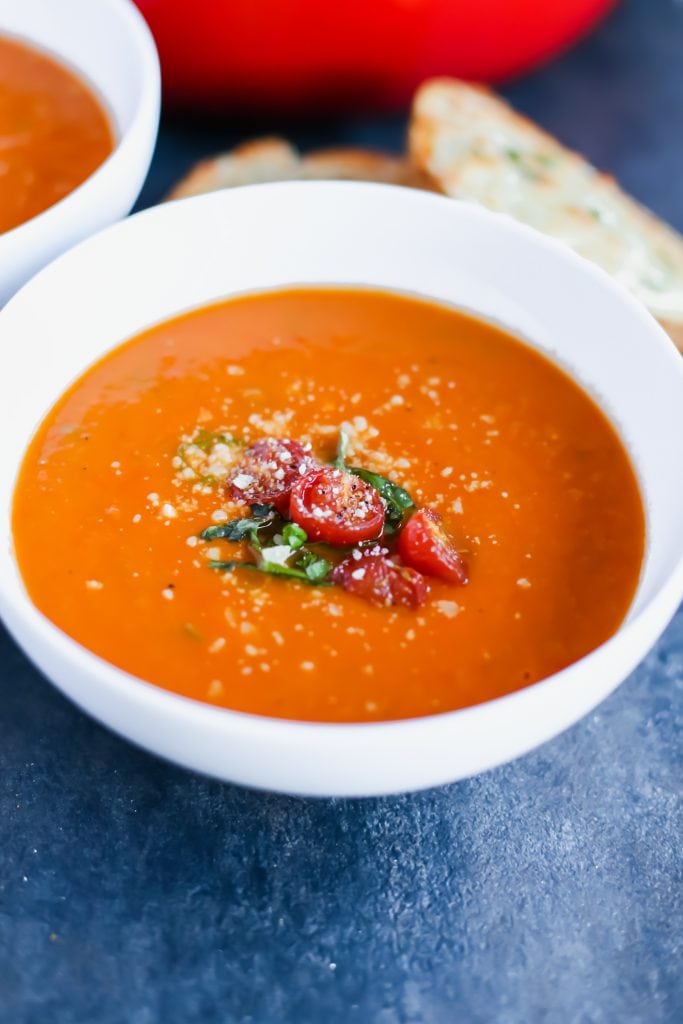 Love tomato soup, but always hungry after? I add pureed onions, red peppers and white beans to this one, so it’s thicker, creamier, and filled with more protein and fiber! 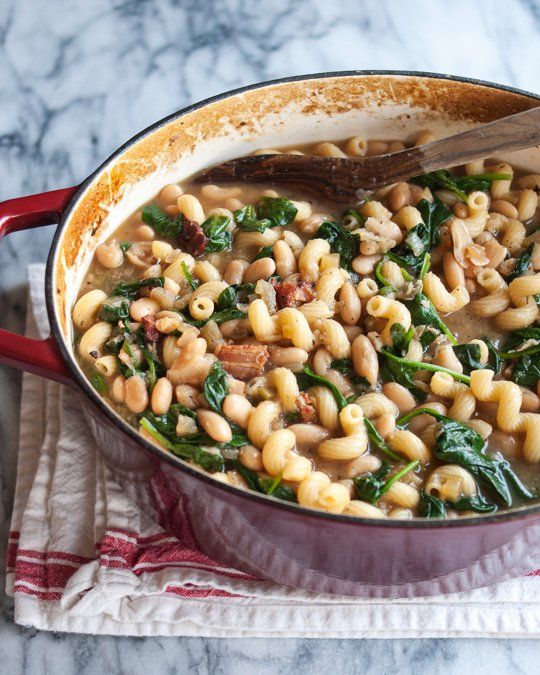 I discovered this recipe YEARS ago when they featured it with shells instead of cellantani – and I’ve been making it that way ever since! I call it tomato-less pasta e fagioli (even though they don’t – ha!) because it’s totally different than the pasta fagioli I grew up with. The broth is rich and savory and cozy and you’re going to be obsessed with it… trust me! 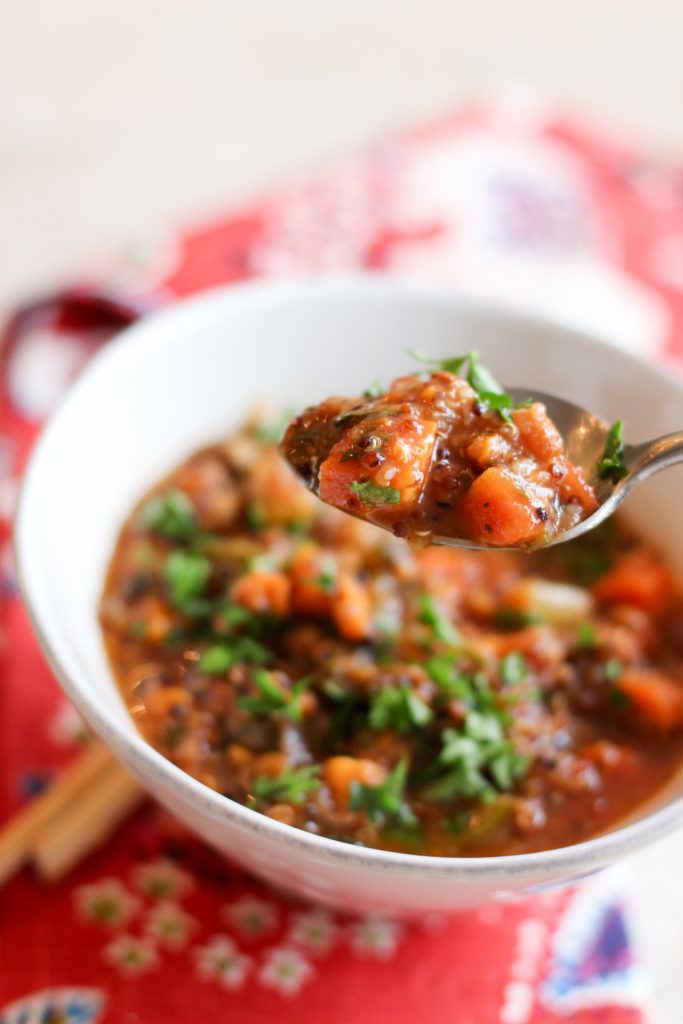 This is my go-to when I need a refresh! It’s the perfect work week lunch when holiday parties dominate the weekends. There’s nothing but good-for-you ingredients in there!

This was one of the first recipes I made with my instant pot – and it’s one of the main reasons we love it! The perfect quick weeknight meal that also makes great leftovers.

I’d love to try it! Leave a link in the comments below!!