I’m so excited about today’s video with Learn To Cook, because it’s my first one using a sous vide!! Check it out below:
If you’re wondering what I really think, I was honestly so impressed when I first tried this method. The chicken might look a little weird (hey, I’ll admit it!), but it’s the most tender meat you’ve ever had, I swear! Plus, the flavors really marinade while it cooks, so it’s super flavorful. Yum yum yum! 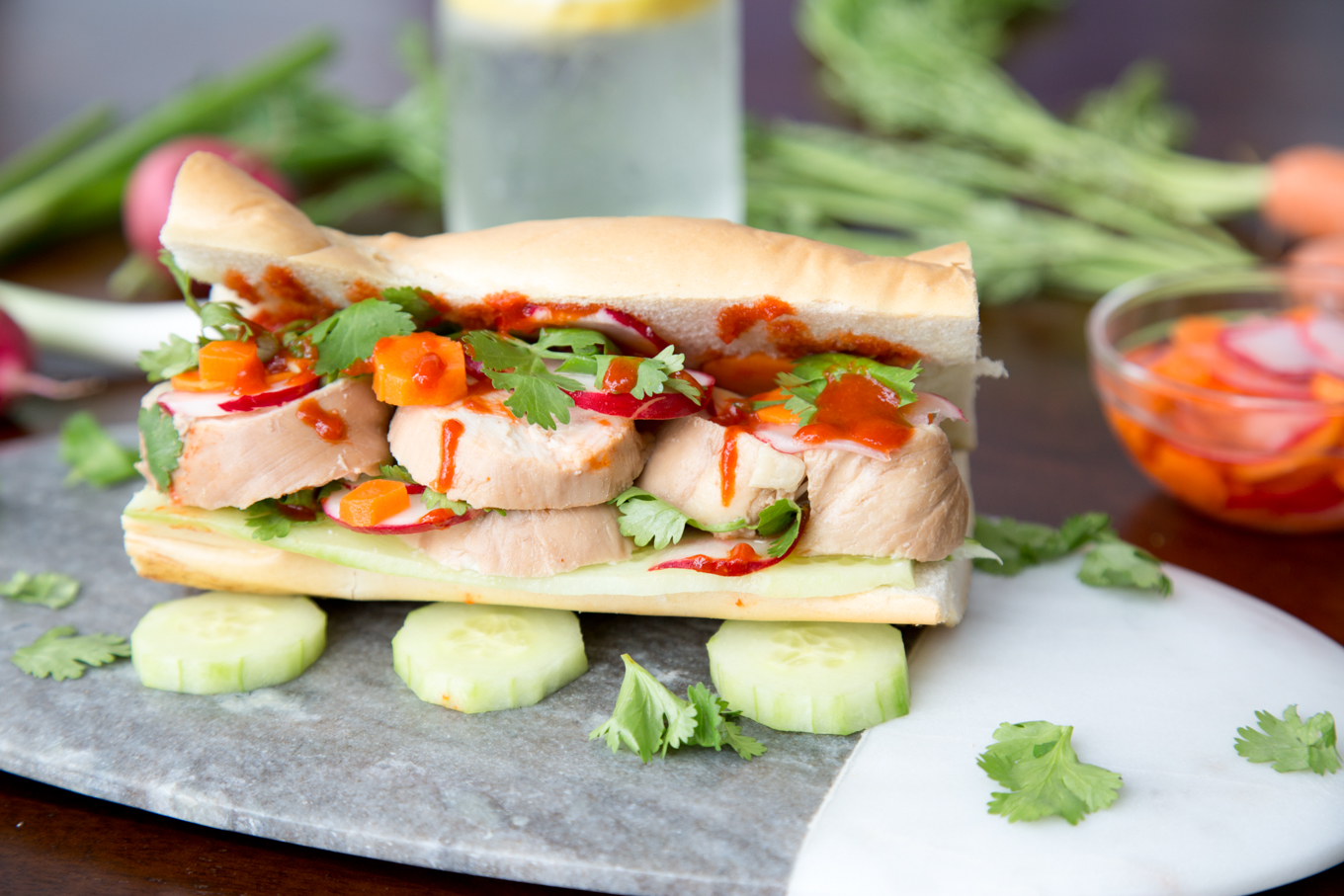 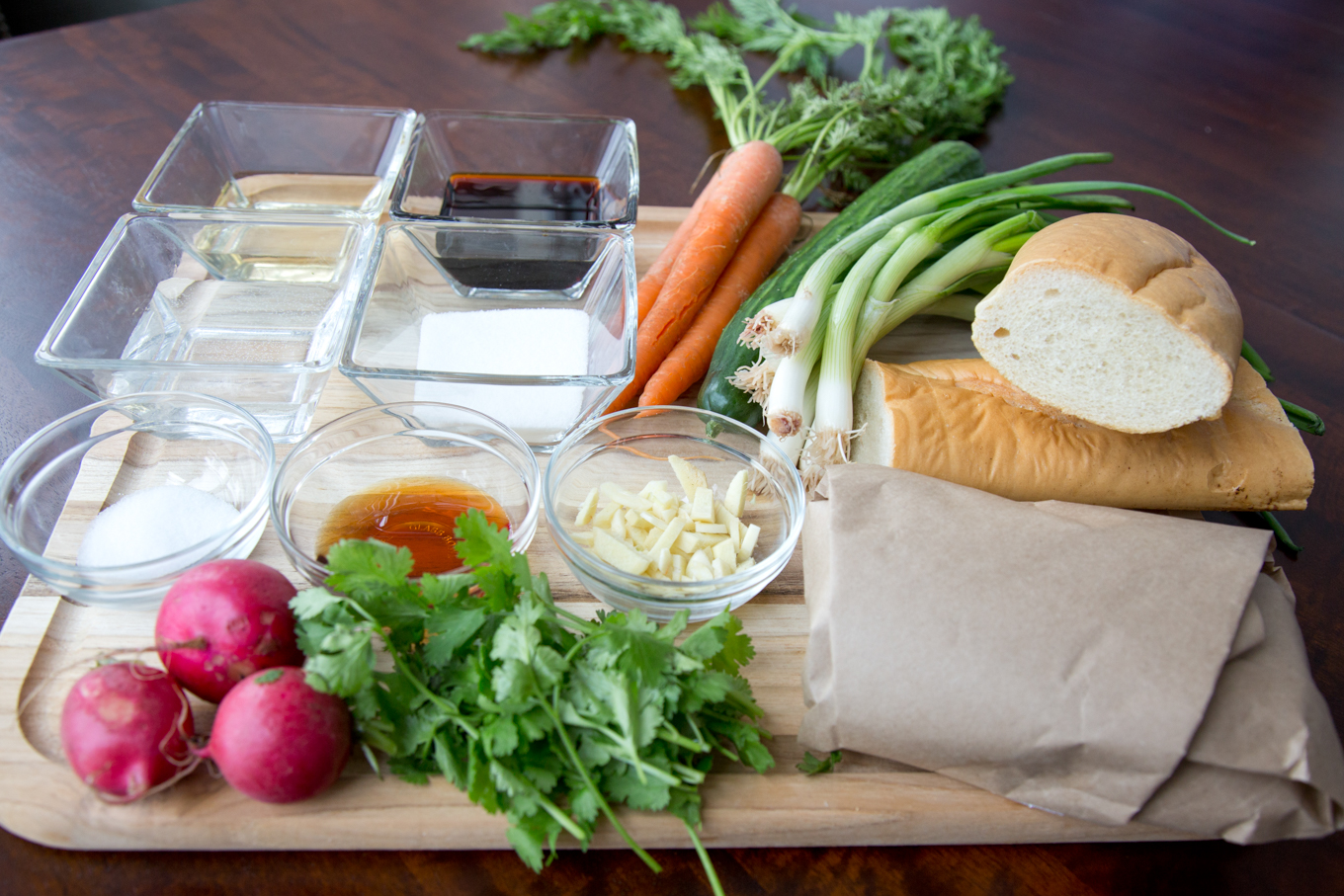 Prepare your water bath and set it at 146F using a sous vide cooker, like the one in the video by Nomiku. 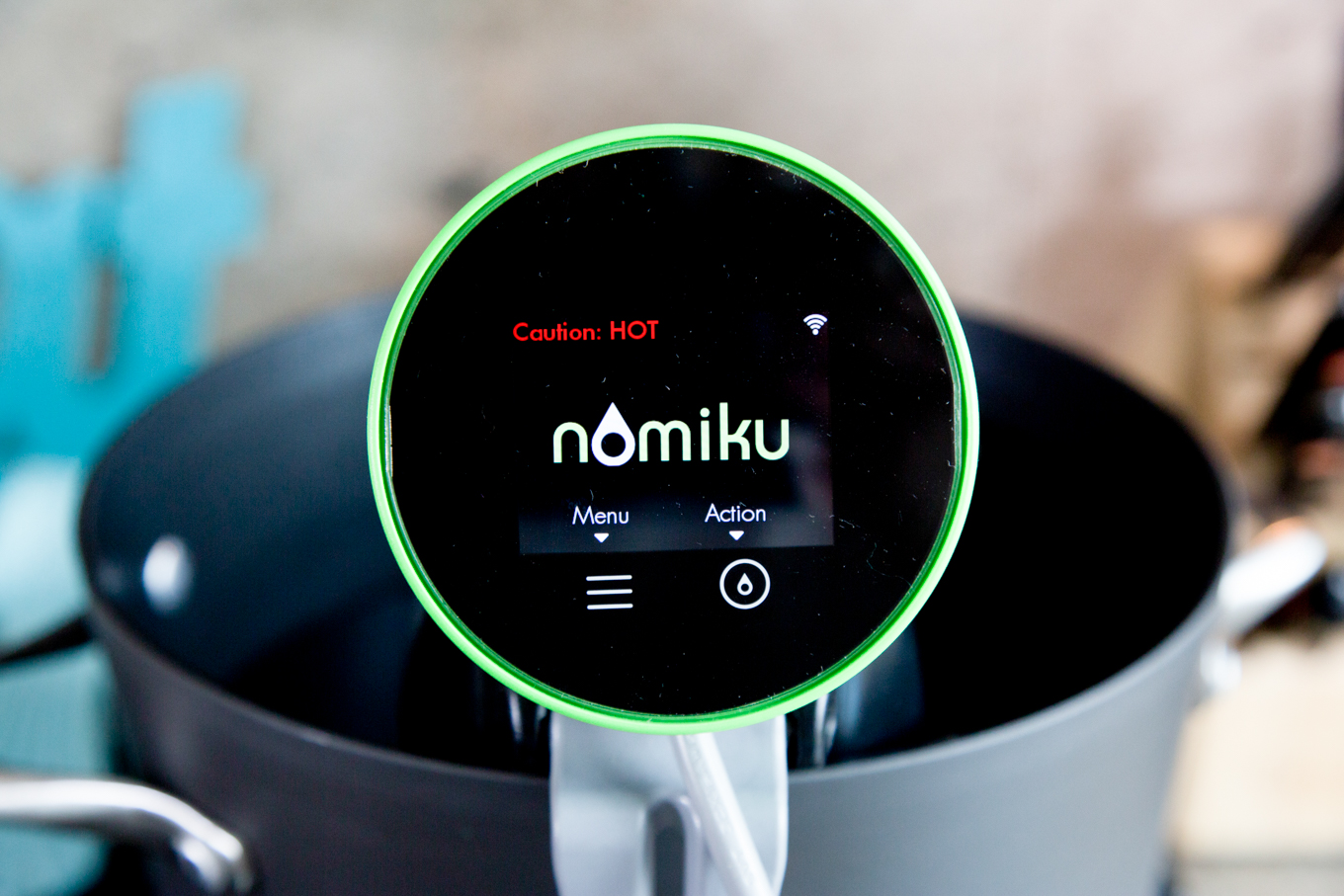 In a large resealable bag, add in all the marinade ingredients and the chicken, moving everything around so the chicken gets coated. Add the bag to the water bath and cook for two hours. 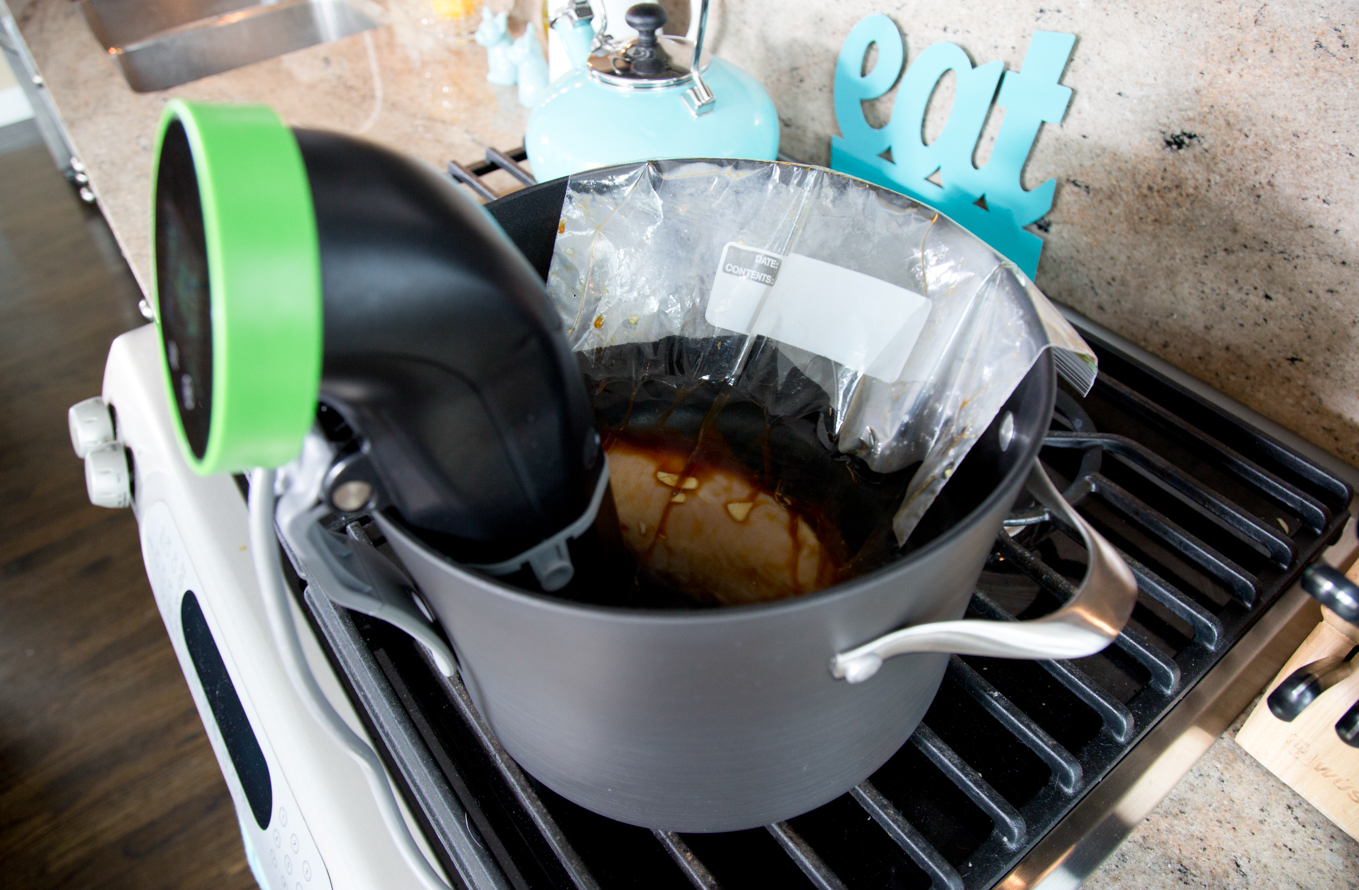 While the chicken is cooking, prepare the pickled veggies. Bring water, rice vinegar and sugar to a boil and cook until the sugar has dissolved. Remove from the heat and pour over thinly sliced carrots and radishes. Season with salt and refrigerate for at least an hour. 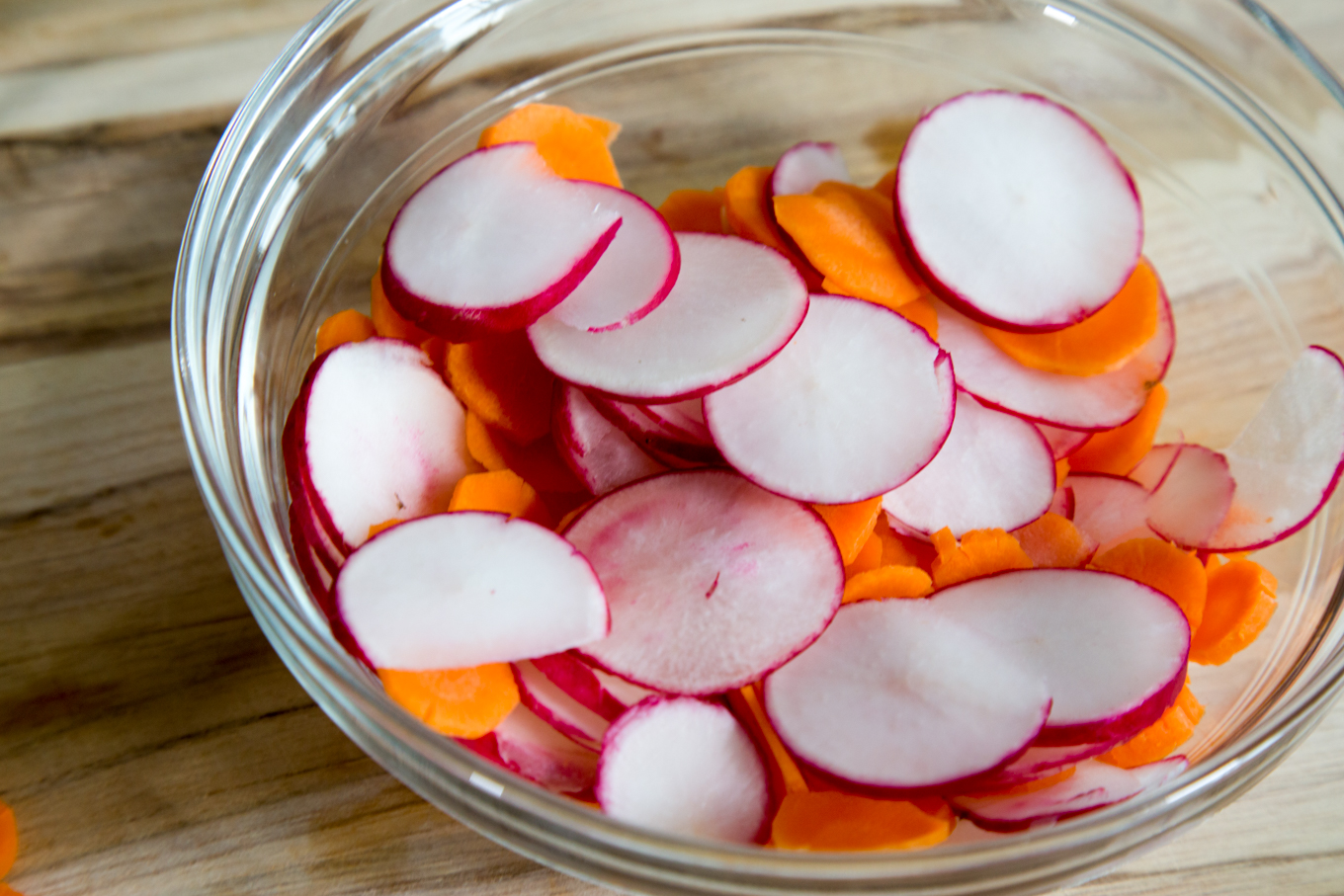 When the chicken is done, remove it from the bag. Let it sit for 10 minutes and then slice diagonally into strips. Cut the baguette into sandwich size pieces, and then cut in half again lengthwise. Build your sandwich with sliced cucumbers, chicken, cilantro, scallions and some chili oil or sriracha on top! 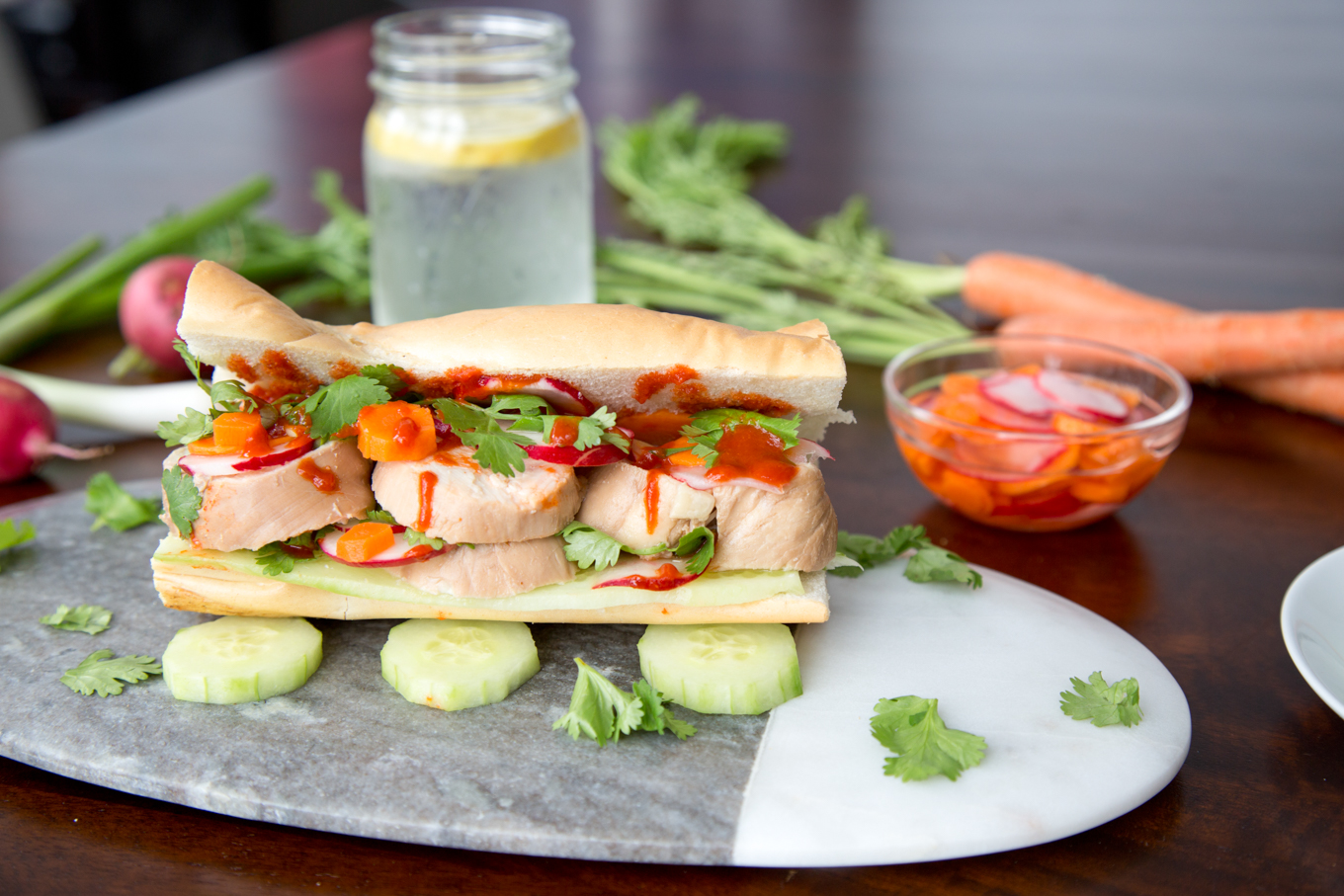 Springtime Chambray What’s on my desk?