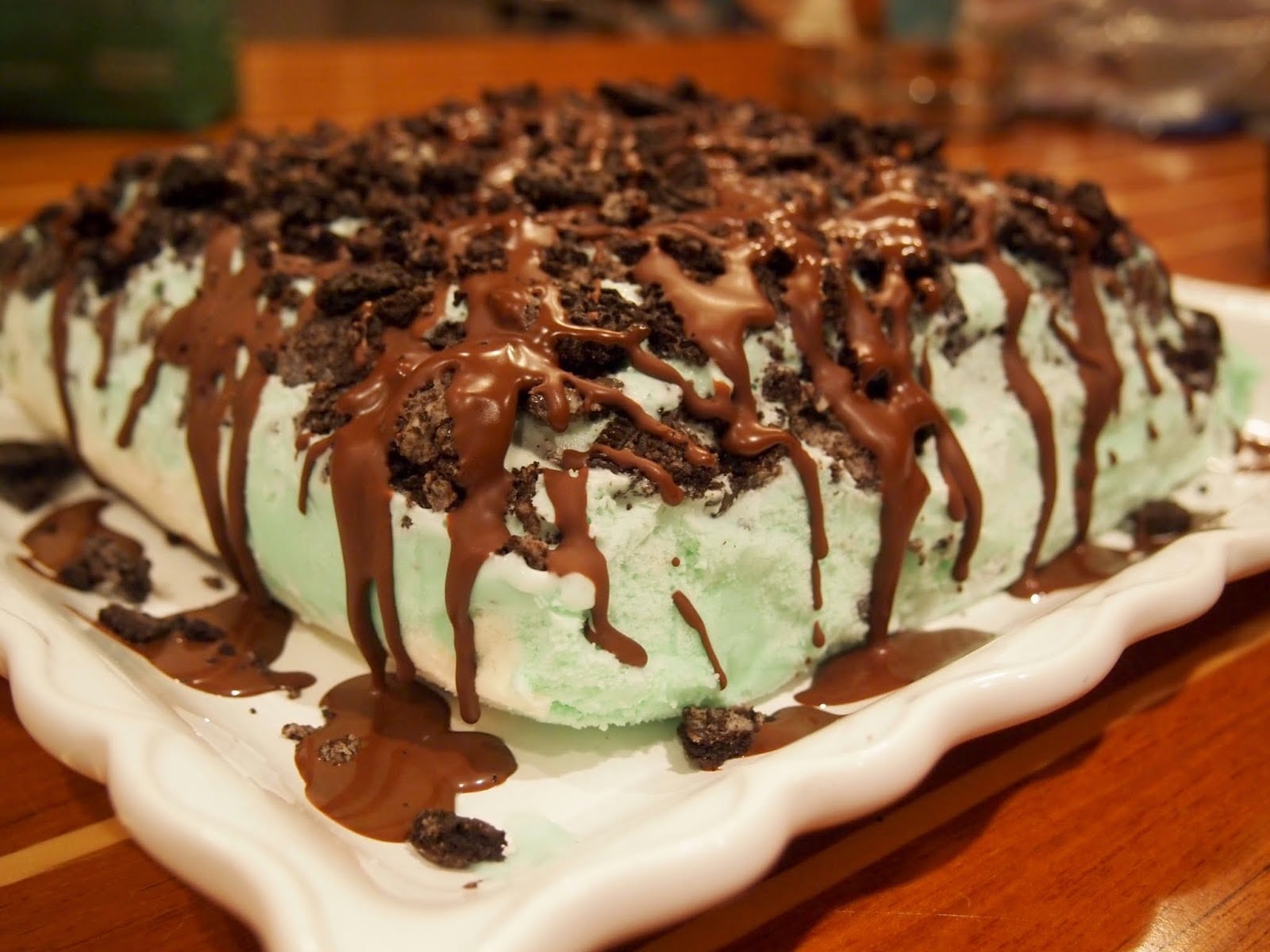 As most of you saw on Instagram, we recently celebrated my good friend Kate’s upcoming wedding with a Bachelorette Weekend in Rhode Island. Since we went out for lobster and dancing the first night, we decided to cook up a pretty awesome taco dinner the second night. As I was planning the meal, I wasn’t even thinking about dessert, but my friend found this recipe on The Kitchn. It looked easy enough, so we gave it a try. I’m so glad we did, because everyone freaked out over it – we almost didn’t want to burst their bubble by telling them how easy it was! 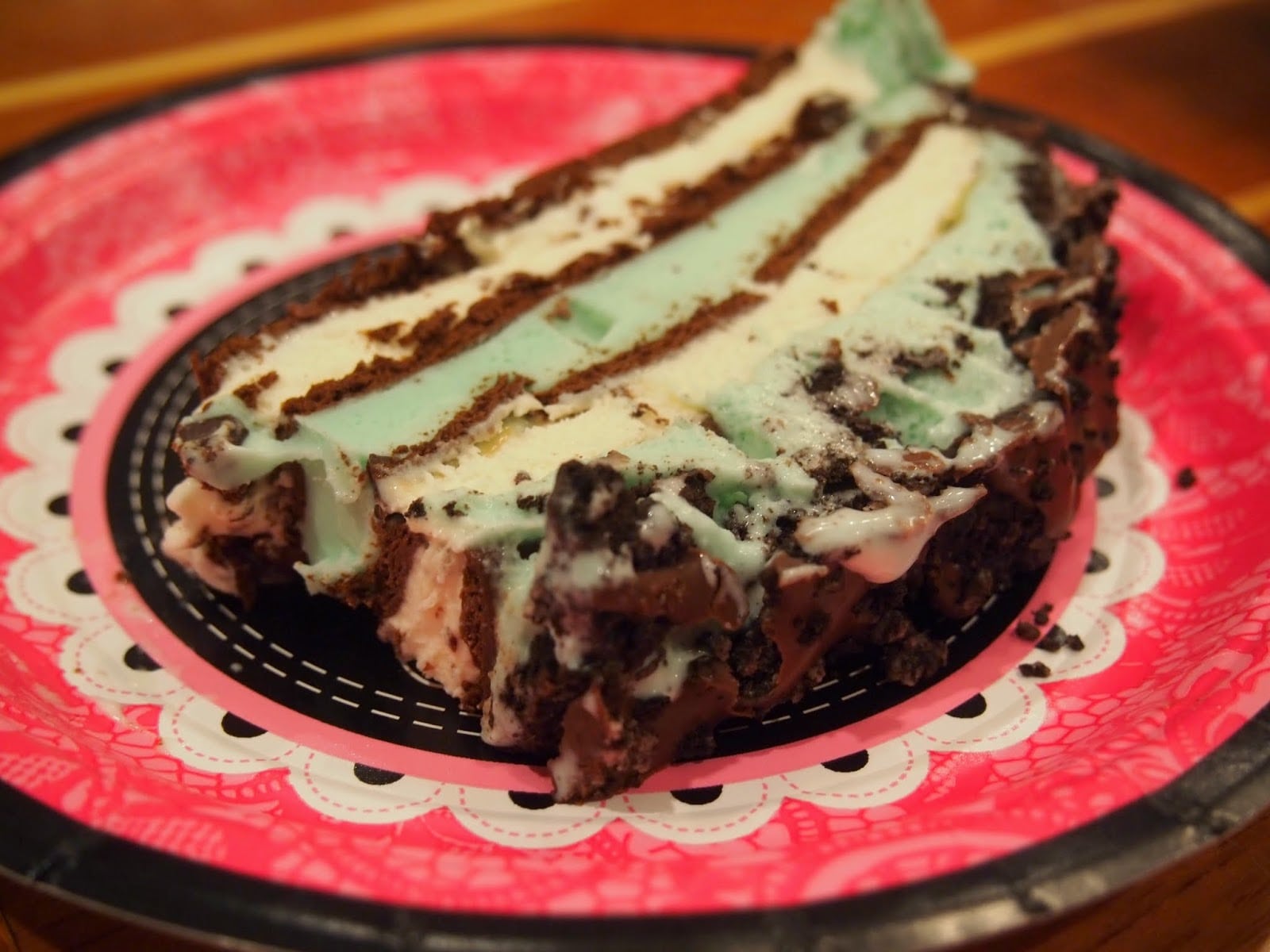 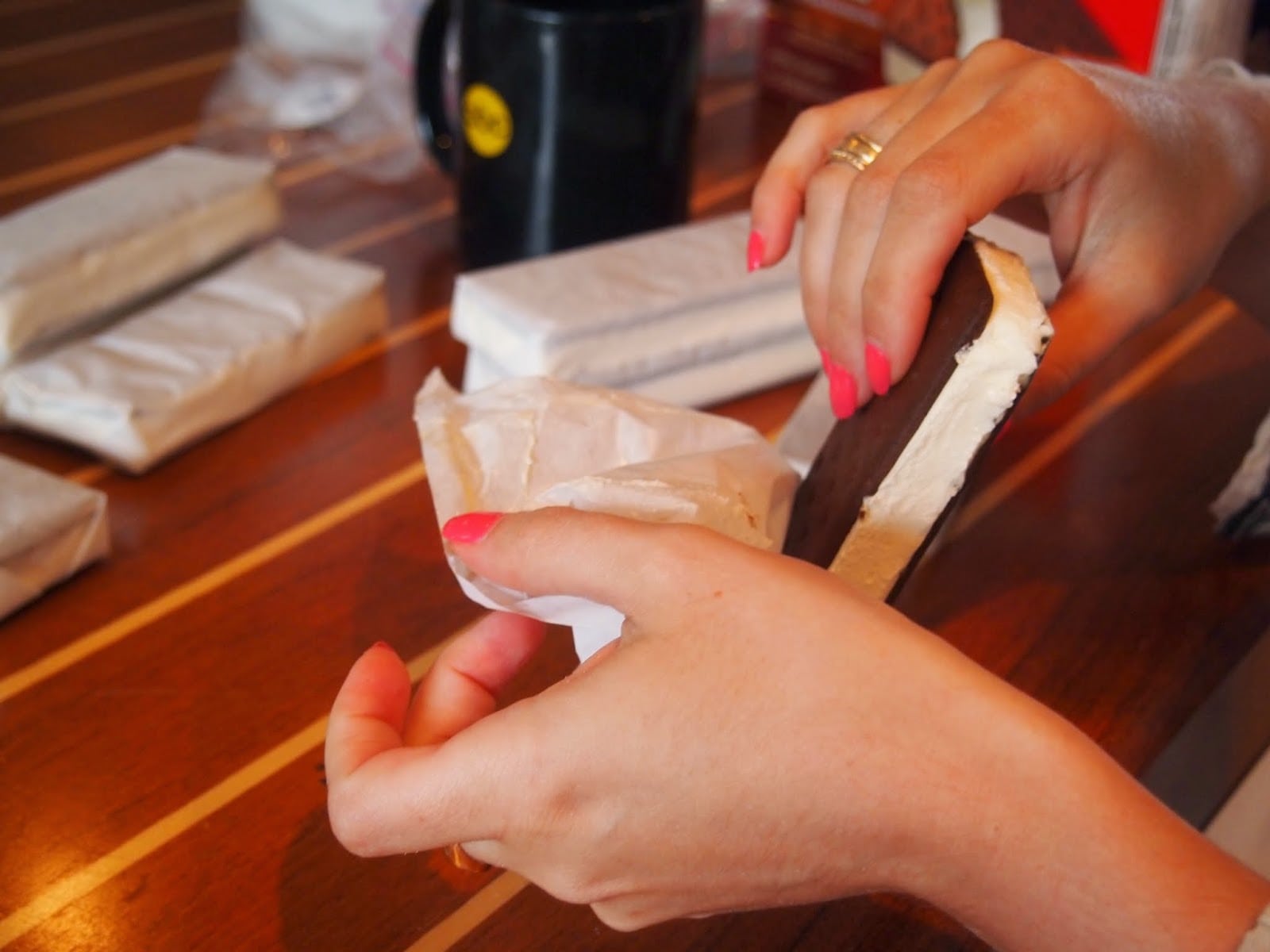 The original recipe on Living Well Spending Less uses a 9×5″ pan, but we decided to make it a little bigger. The size doesn’t really matter, as long as you have the foil lining the sides. Also, make sure that the foil is long enough on each side to fold over the top when you are done assembling the layers.
The sandwiches should be tightly pressed together. 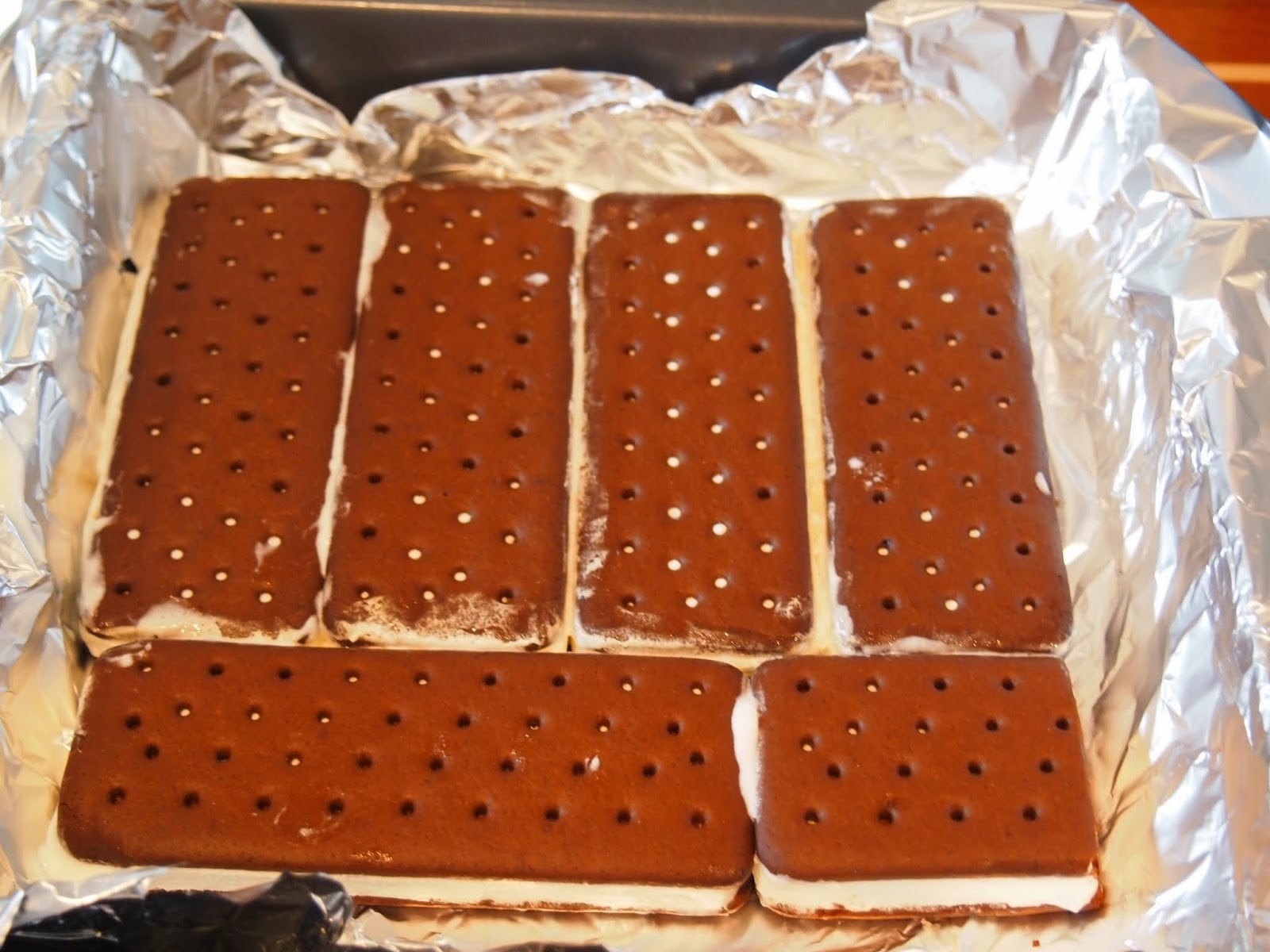 You can choose whatever ice cream you like best, but make sure it’s softened when you get to this next step. 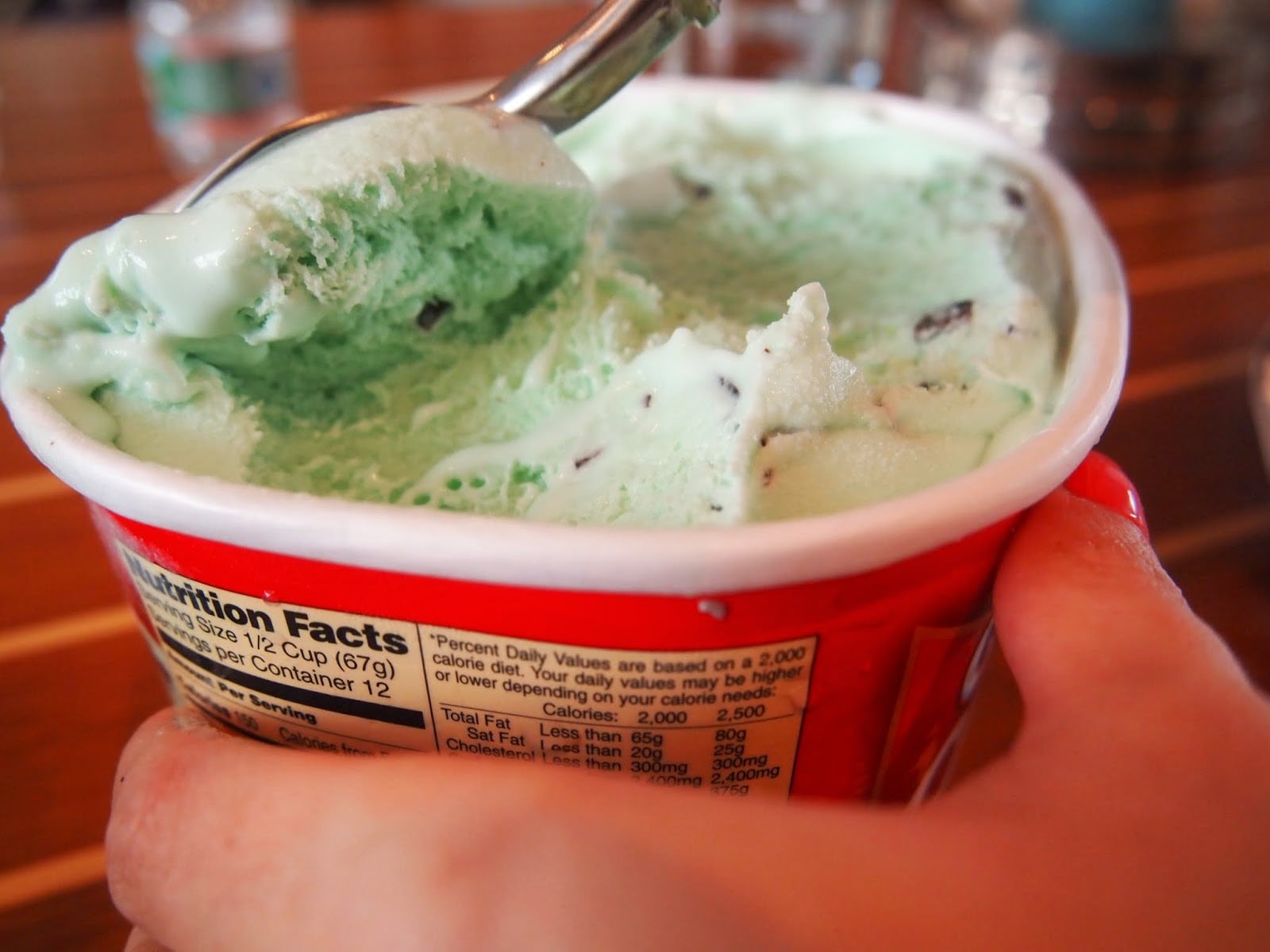 Spread that stuff all over the layer of sandwiches. Since we used a bigger pan, it was important to get around the edges so that the sandwiches can remain tightly packed. 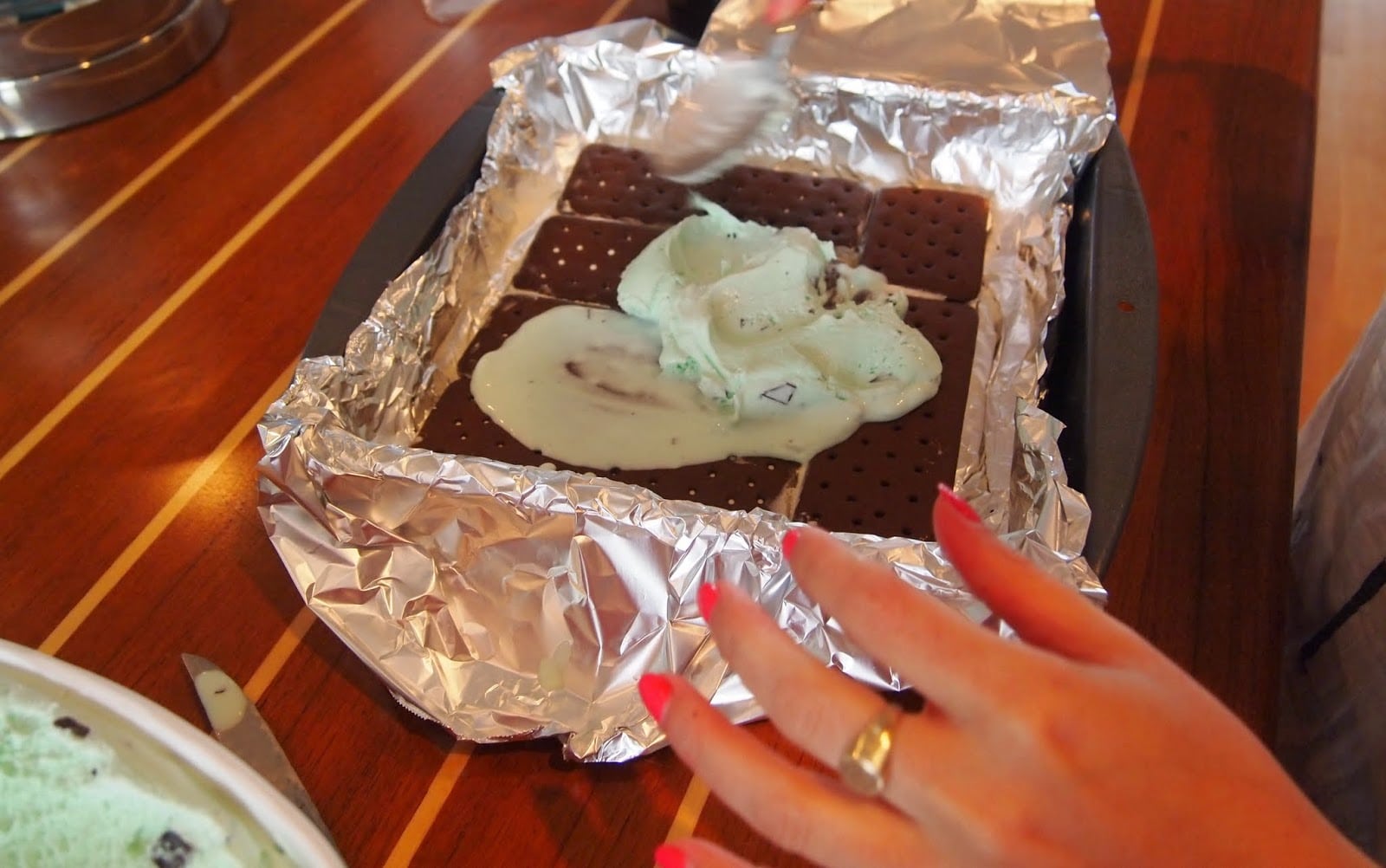 Smooth until there is one even layer of ice cream. Disclaimer: you might need to use your hands. 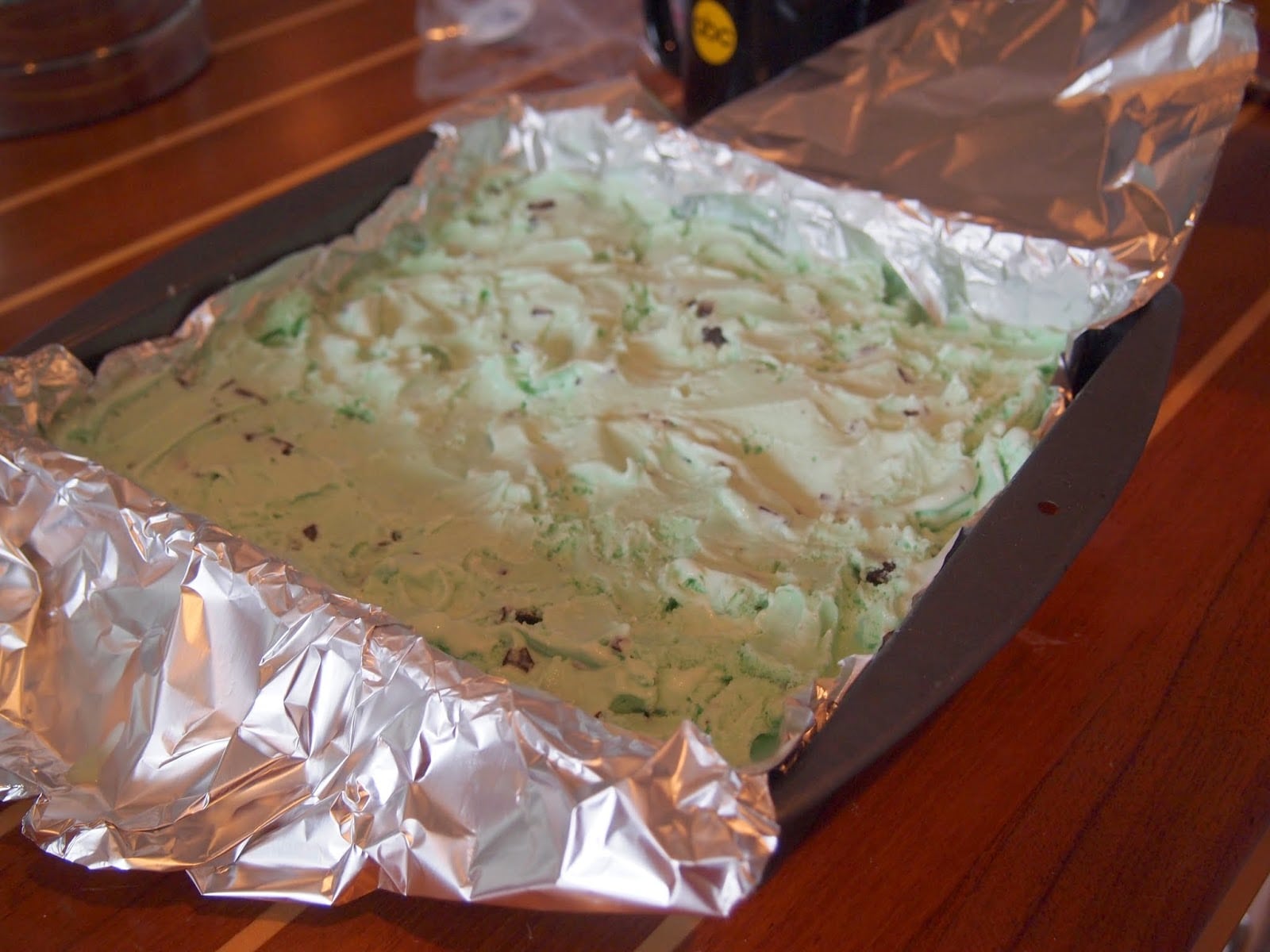 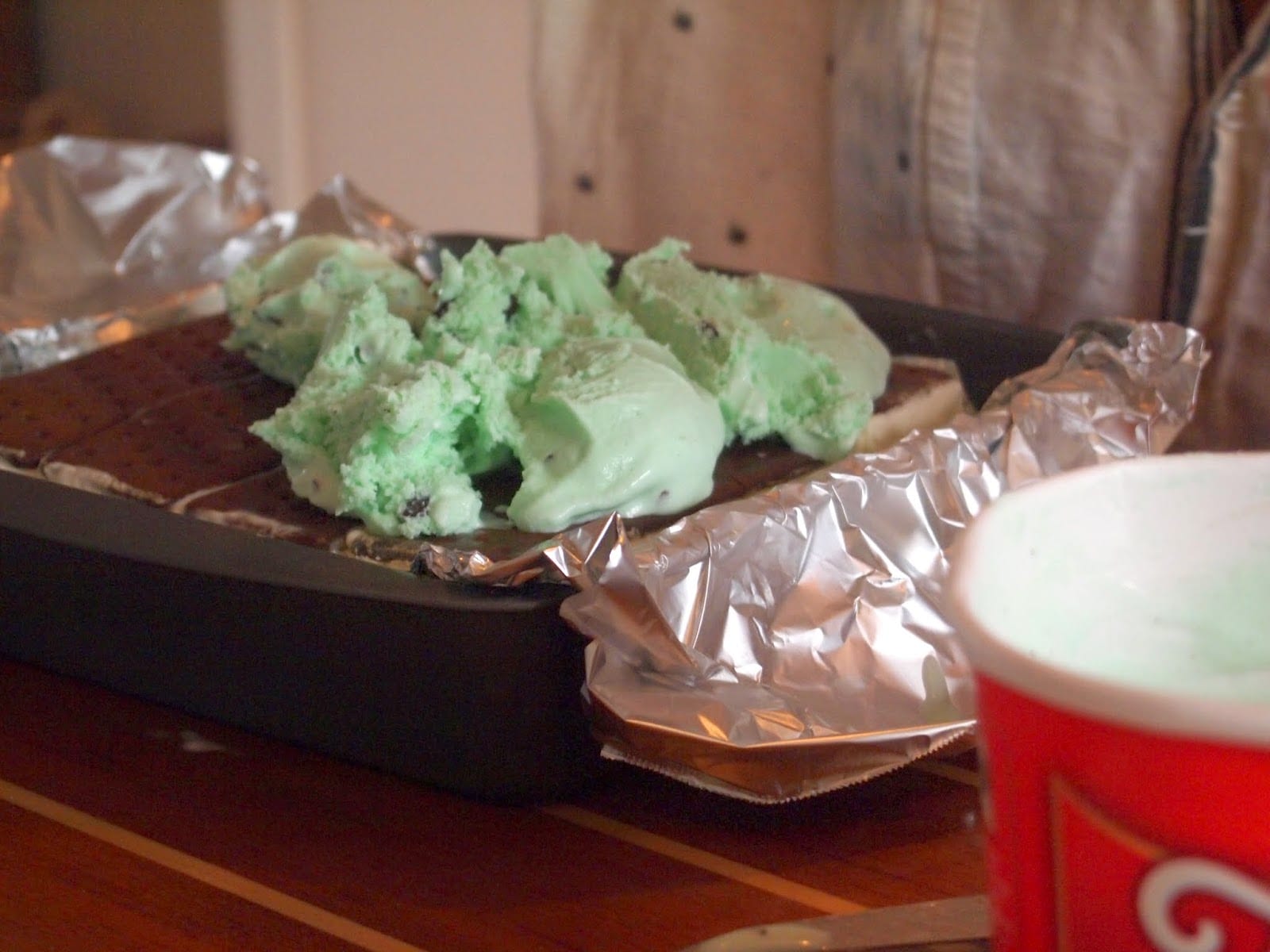 Smash the Oreos into small crumbles. 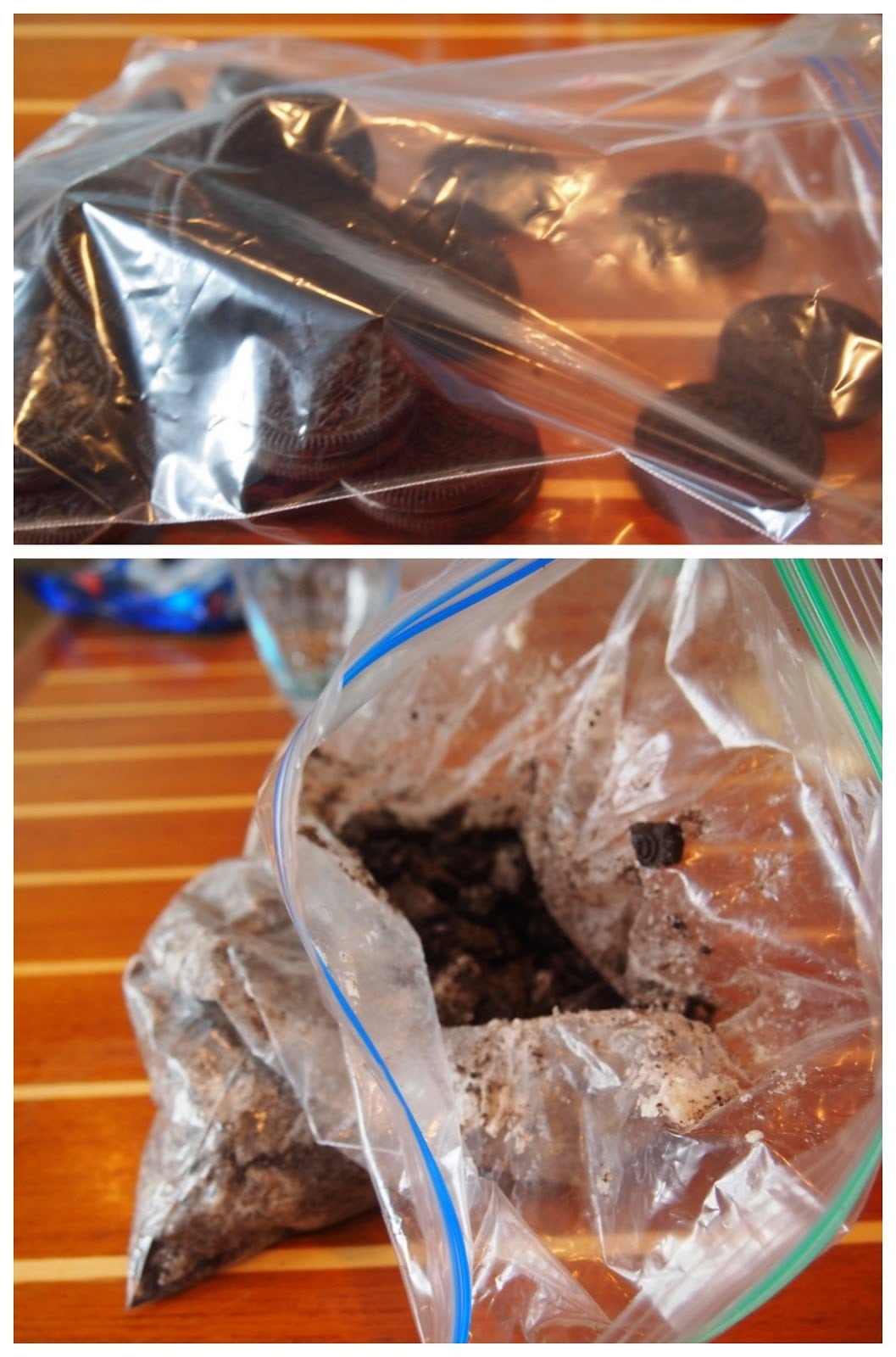 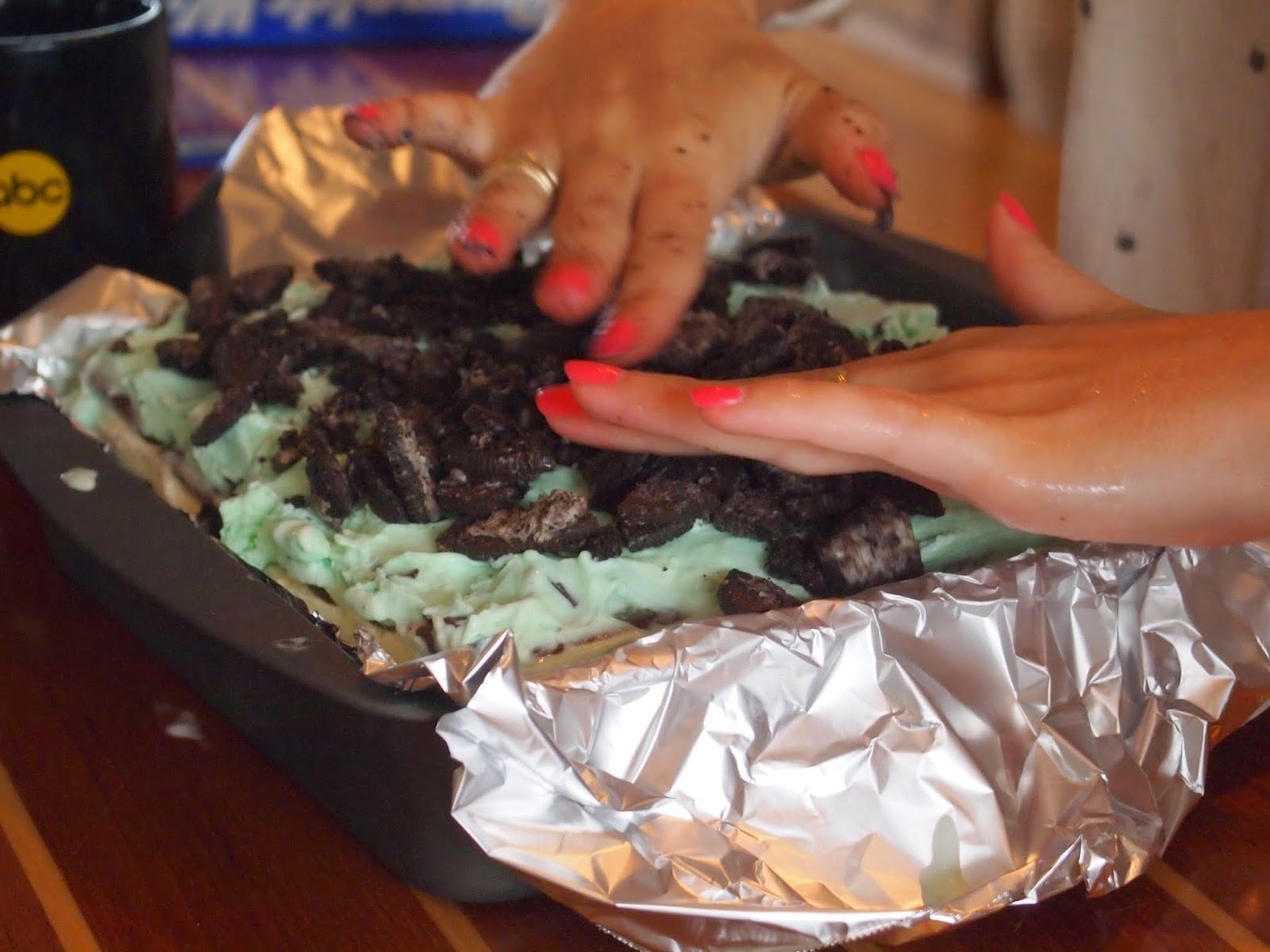 Tightly pull one side of the foil over the top. Do the same on the other side. You want it to be tightly wrapped like a present. If you need more foil to do this, go for it. Place in the freezer to set for at least 2 hours. 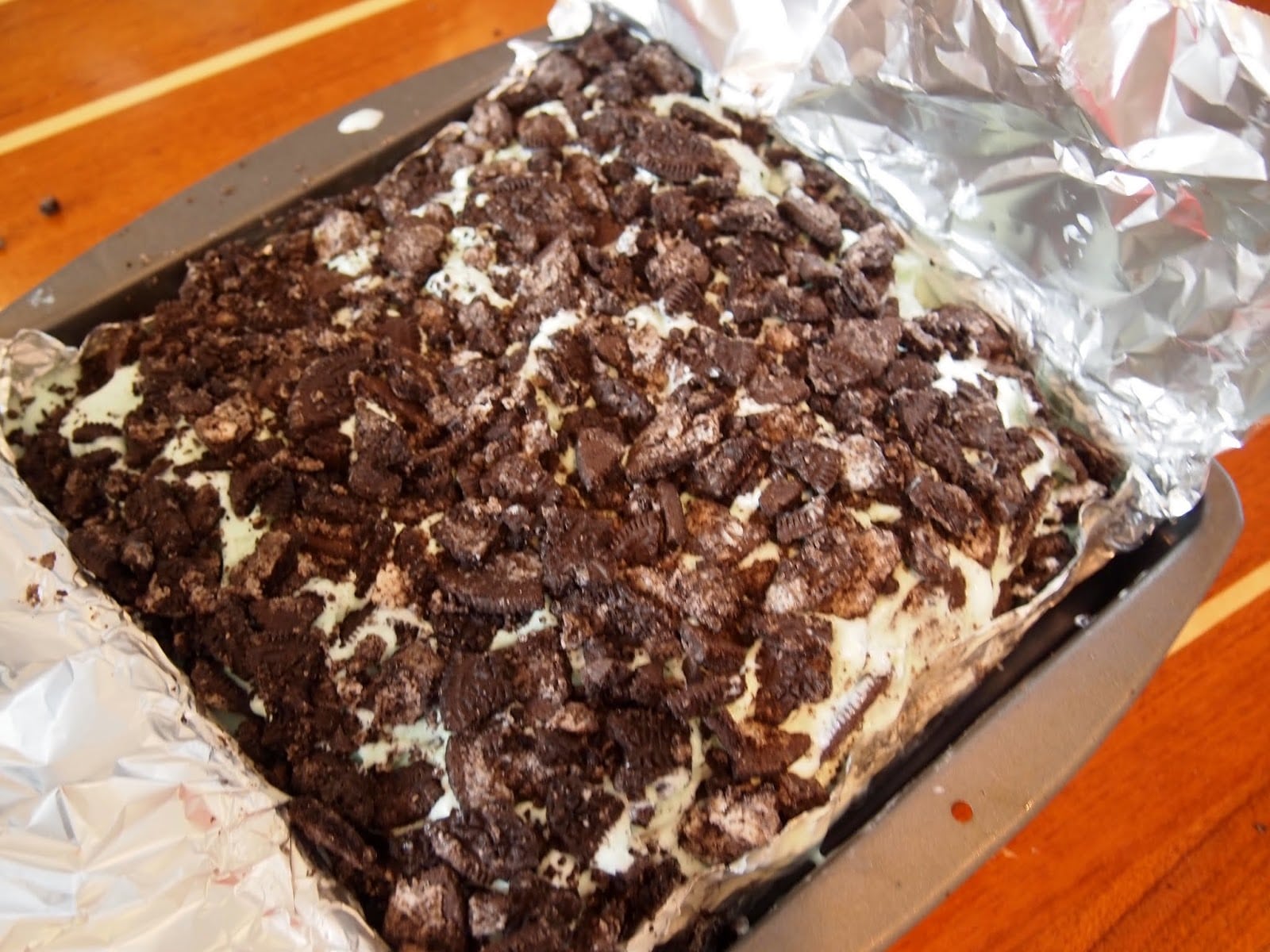 Once it has set, take it out of the freezer and remove the foil. It should look like this. 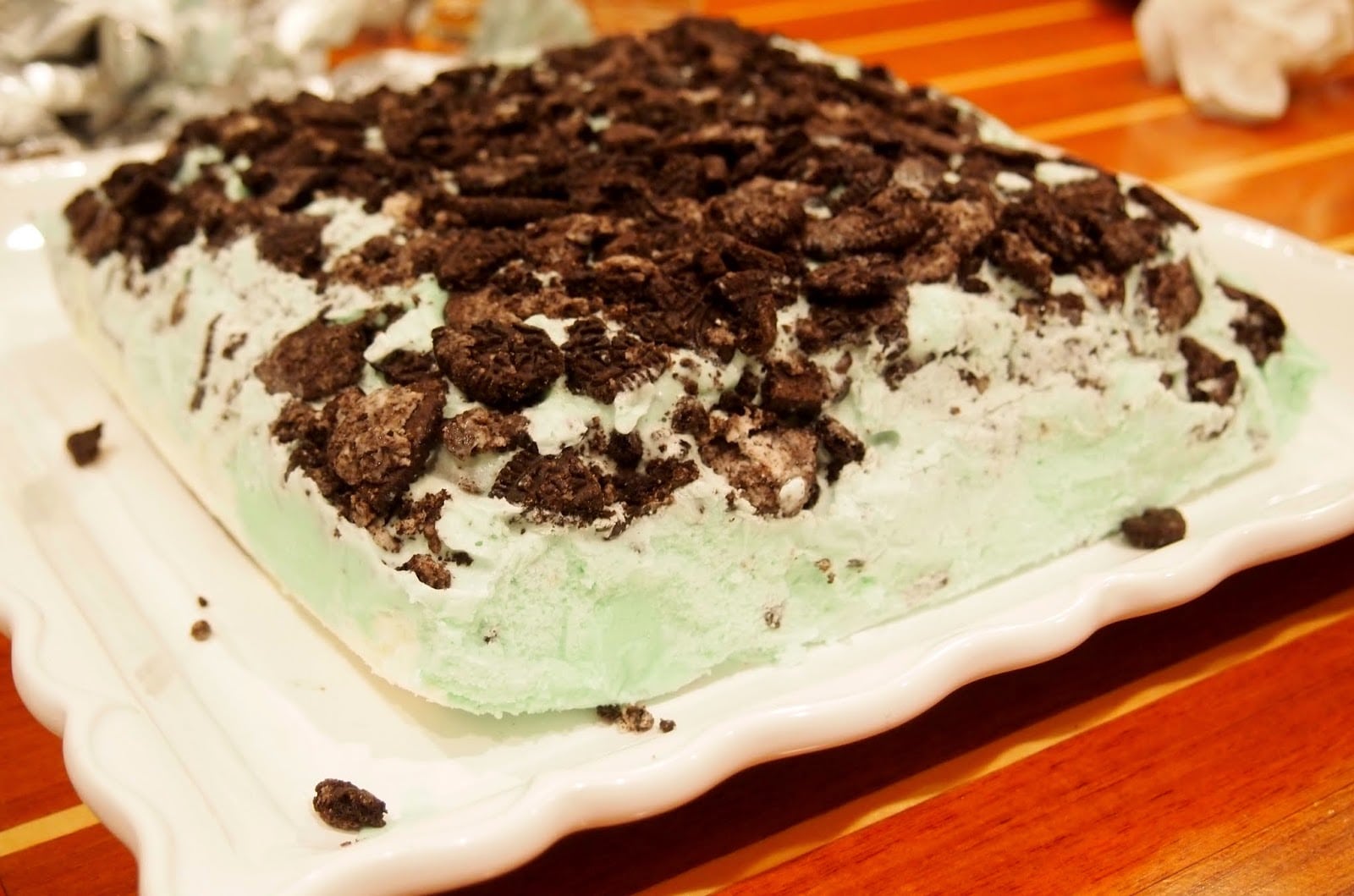 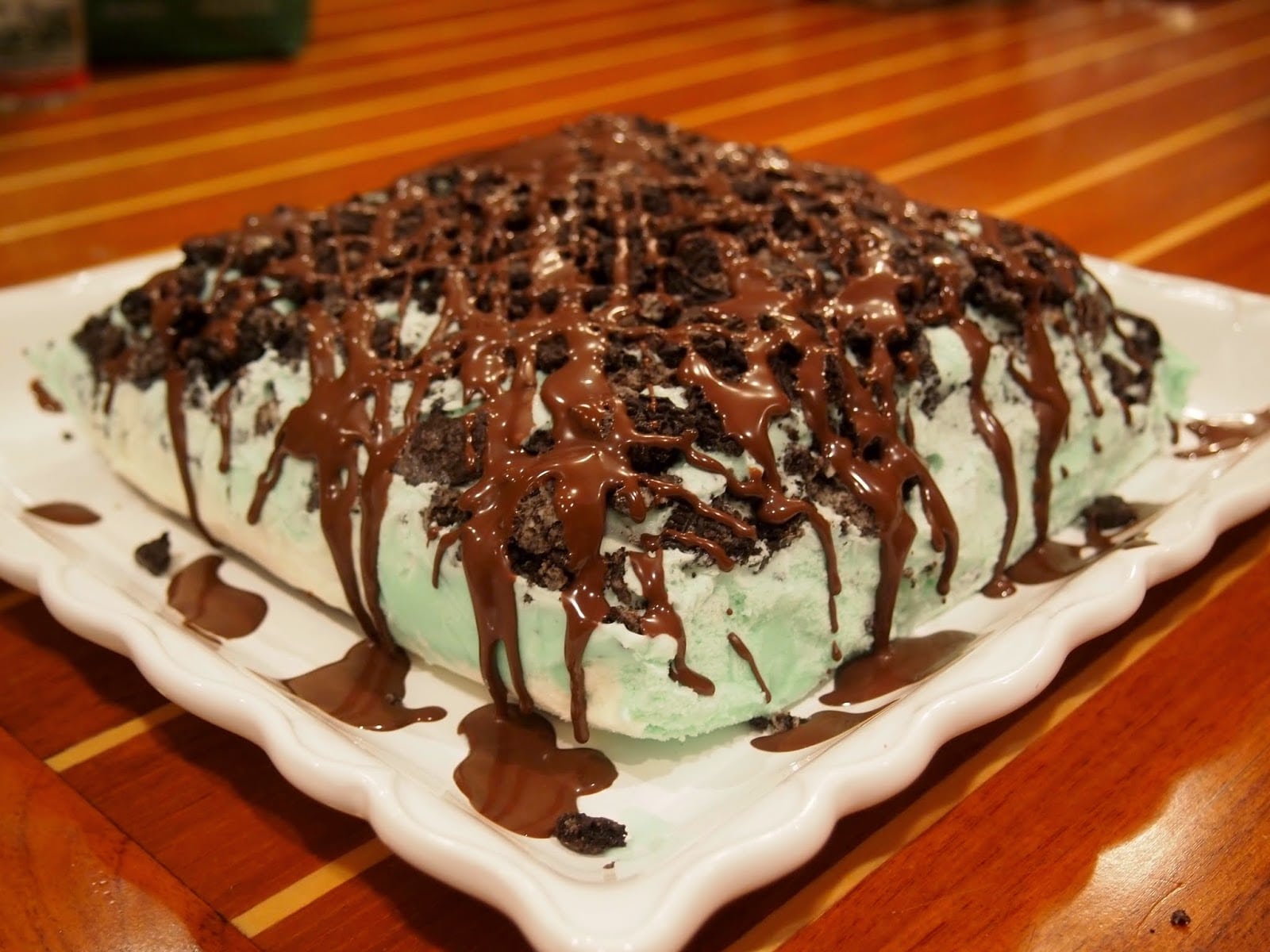 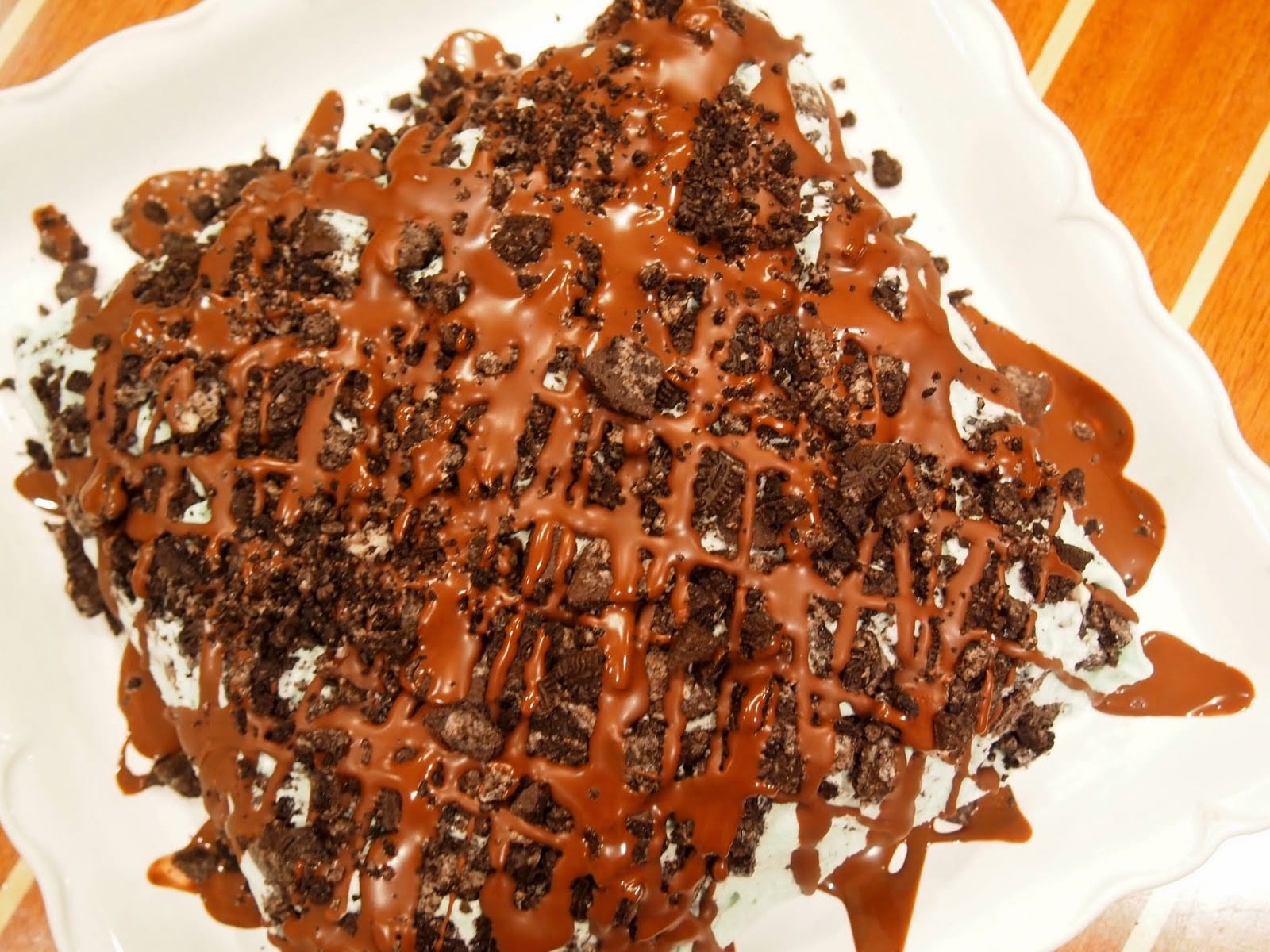 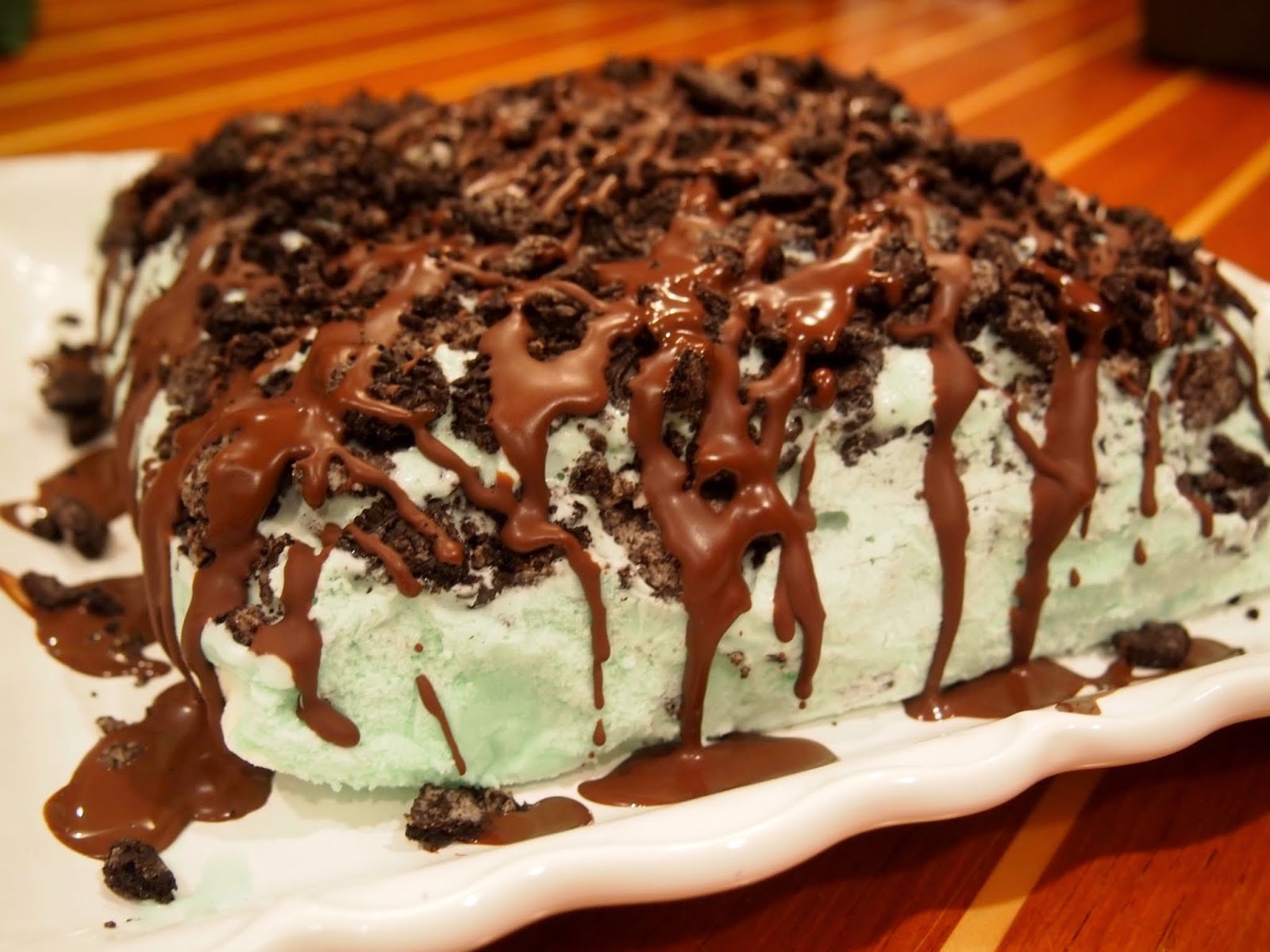 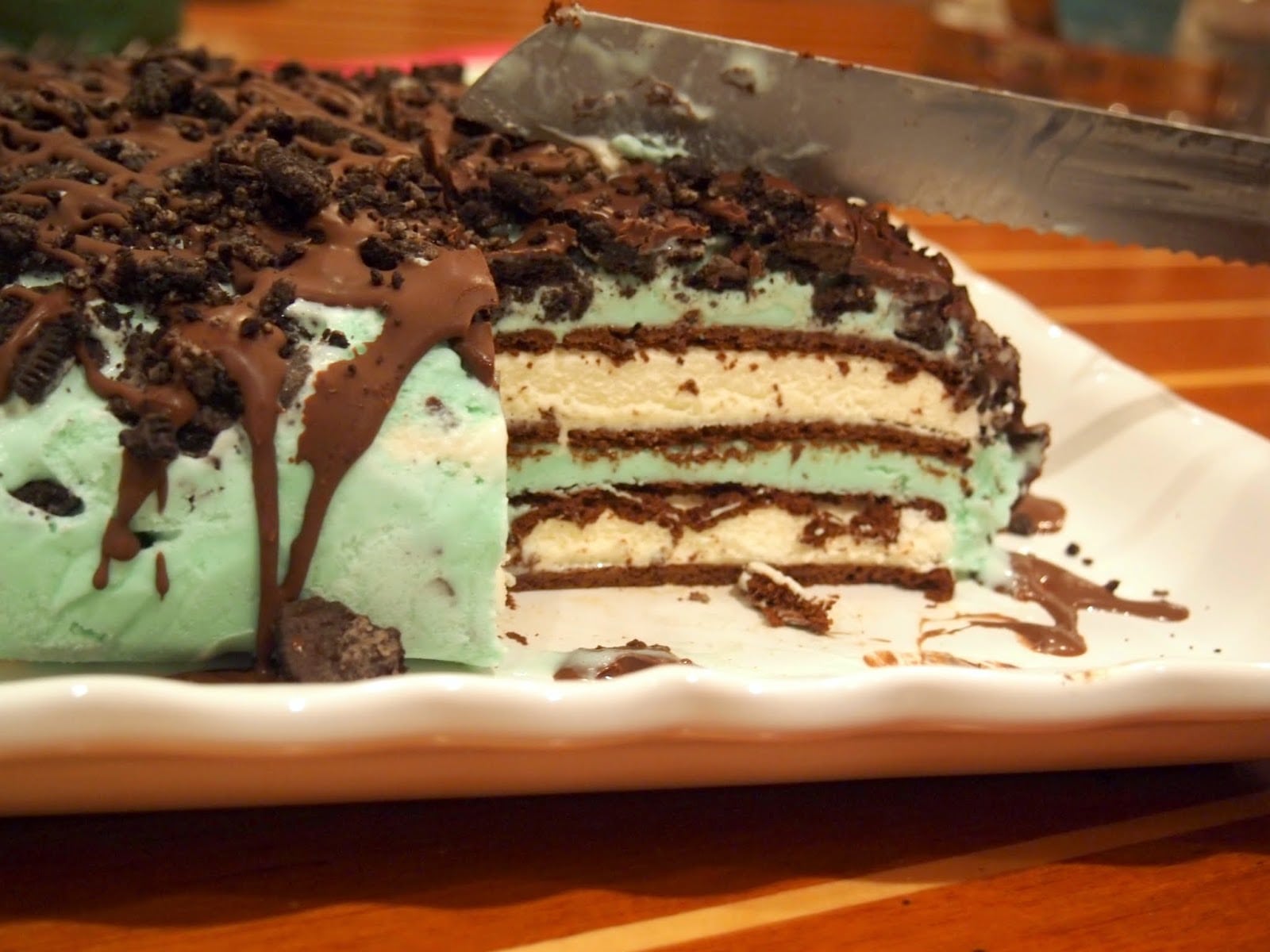 So, you’re pinning this so you can make it for your next party? Thought so 🙂 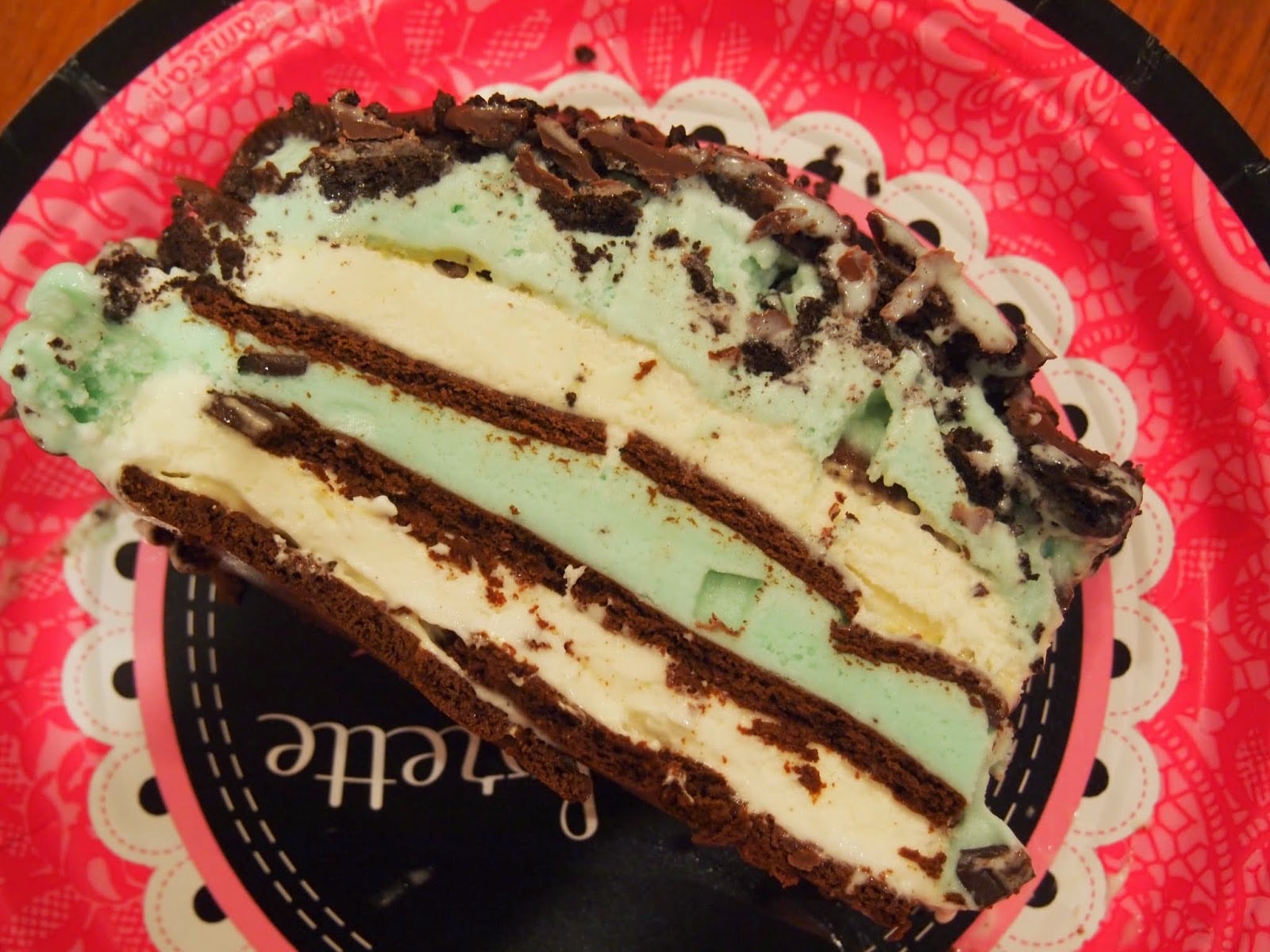