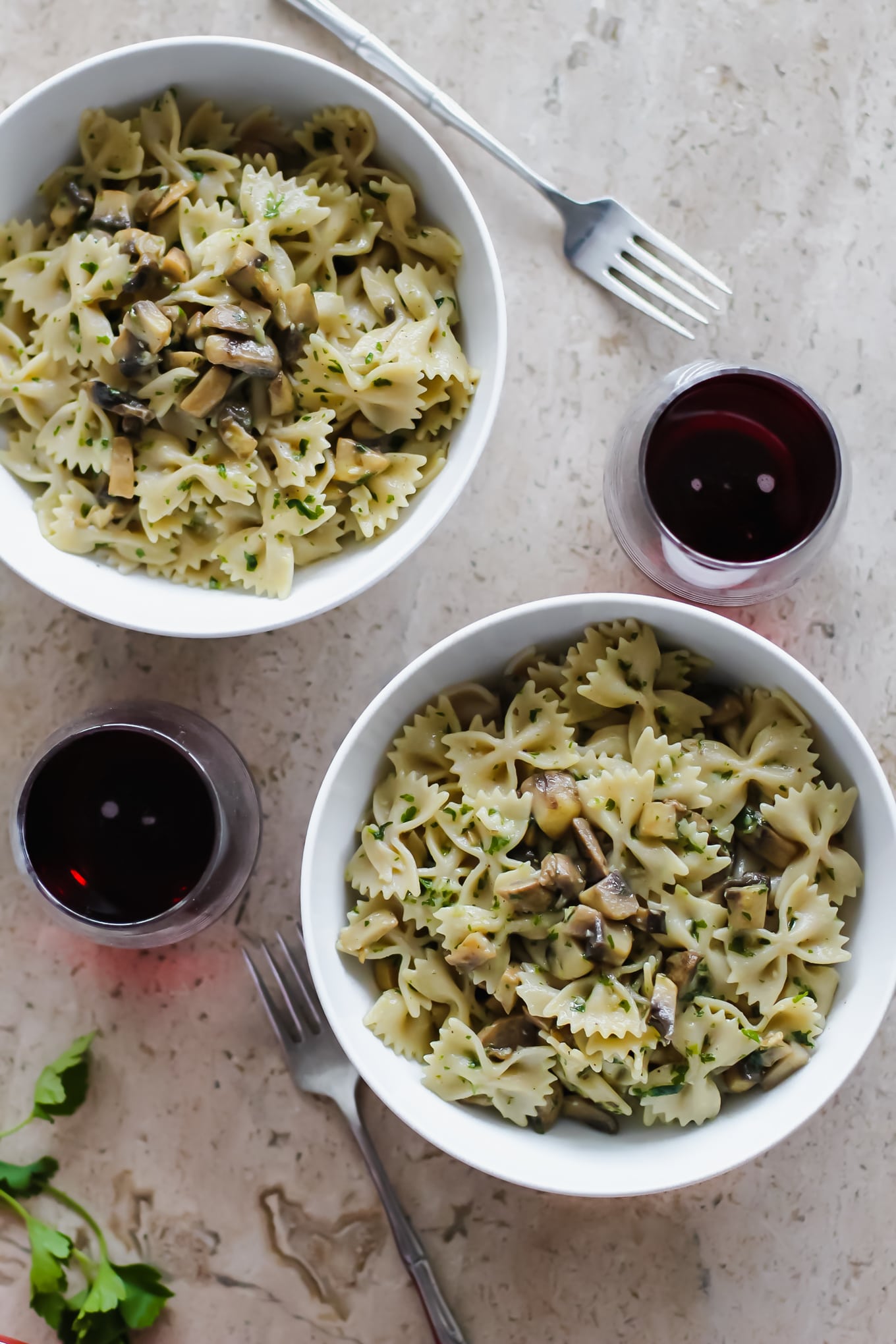 Pretty much every Thanksgiving and Christmas, my Mom and I make our favorite Stuffed Mushrooms. But as much as we love them… they’re super time consuming to make! You have to clean the mushrooms, pop the stem out, make the filling, stuff them, bake them… you get the idea! So, when we found ourselves with extra mushrooms on Christmas, we both admitted that we didn’t want to go through the process. Instead, we took the best parts of stuffed mushrooms – the shrooms, parsley and lots of garlic – and turned it into a super easy side dish!

In fact, they were so delicious that I kept craving them even after Christmas. So I got the ingredients and tossed the finished mushrooms with my favorite brown rice pasta. I added some wilted spinach, snapped a picture for my Insta-story and I got SO many requests for the recipe. And now finally, it’s here!

Now, I know pasta isn’t traditionally healthy, but we’re living in a pretty awesome time for healthy food products. Pretty much every grocery store now sells brown rice pasta, quinoa pasta, chickpea pasta, lentil pasta – and not all of them are the best, but most of them are pretty darn good! The best one I’ve found is Jovial Foods Brown Rice Pasta, and the only ingredients are organic brown rice flour and water! It’s also gluten free and tastes the most like good ole white flour pasta. The only downfall is that it’s not very good left over – but honestly, none of the other alternatives are either. It just means that you should try to only make what you’ll eat that night. For me and a hungry Adam, that usually means somewhere between 1/2 and 3/4 of the box. (Since Eat Banza is made from chickpeas, I find it to be a little more filling – just keep that in mind!) 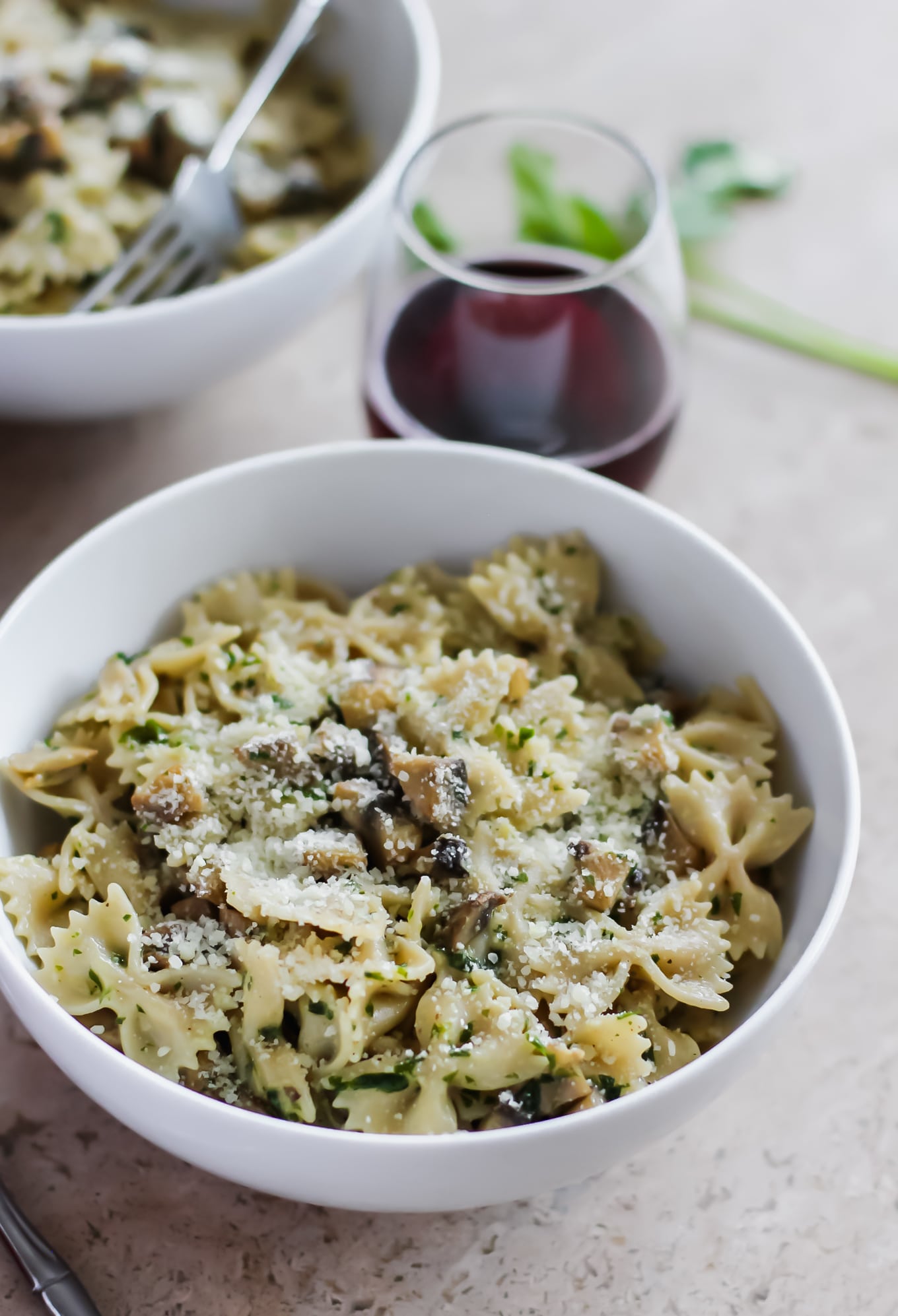 But regardless of which noodle you choose, the mushrooms are the real star. Like I said, all you really need is mushrooms, garlic, and parsley and you’ve got a killer side dish. But clearly it’s pretty awesome as a weeknight meal, too! 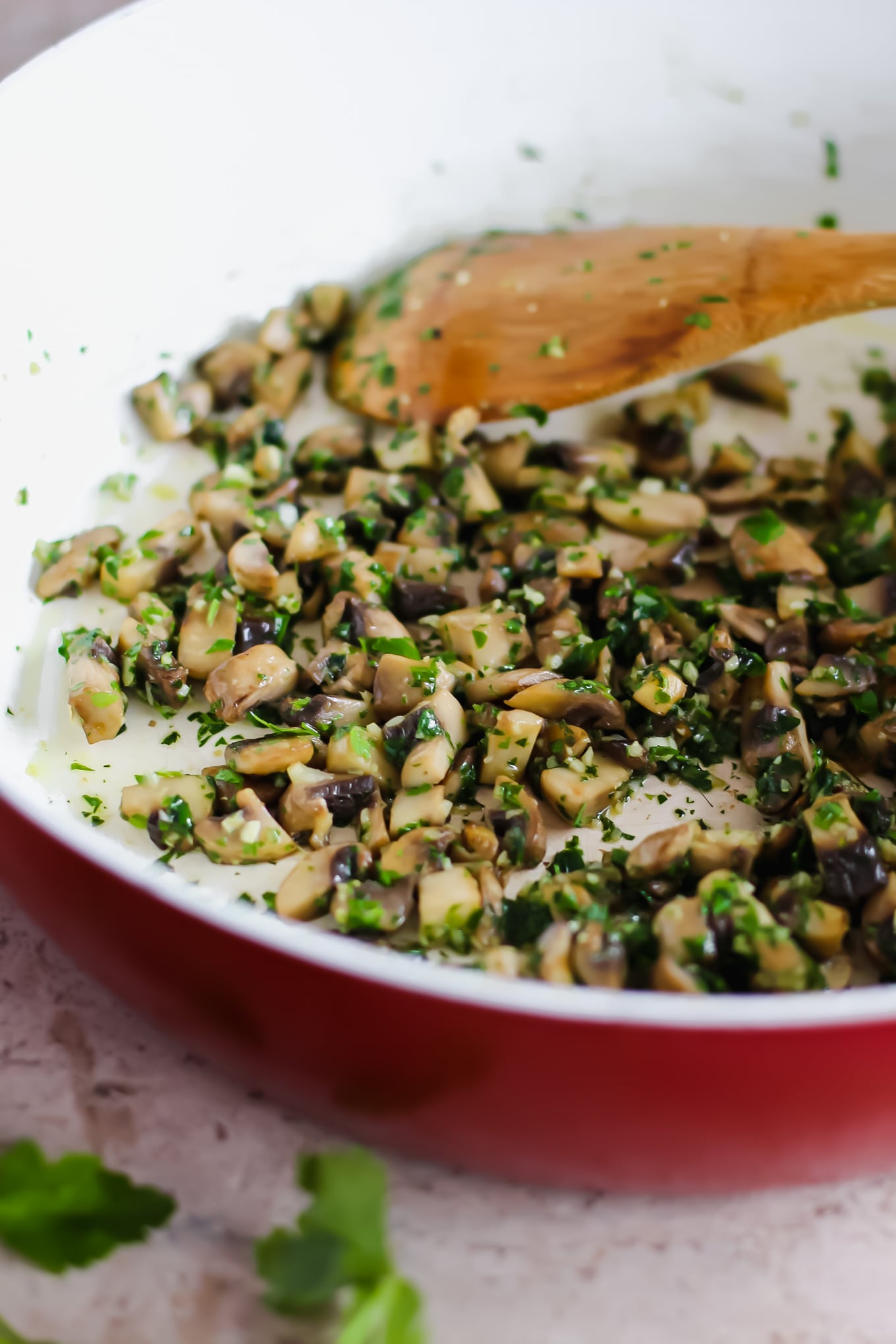 PS. This is the step where you could add spinach to bulk it up a little it. Just keep it over a low heat so the spinach can wilt. Such an easy way to cram more veggies into your night! 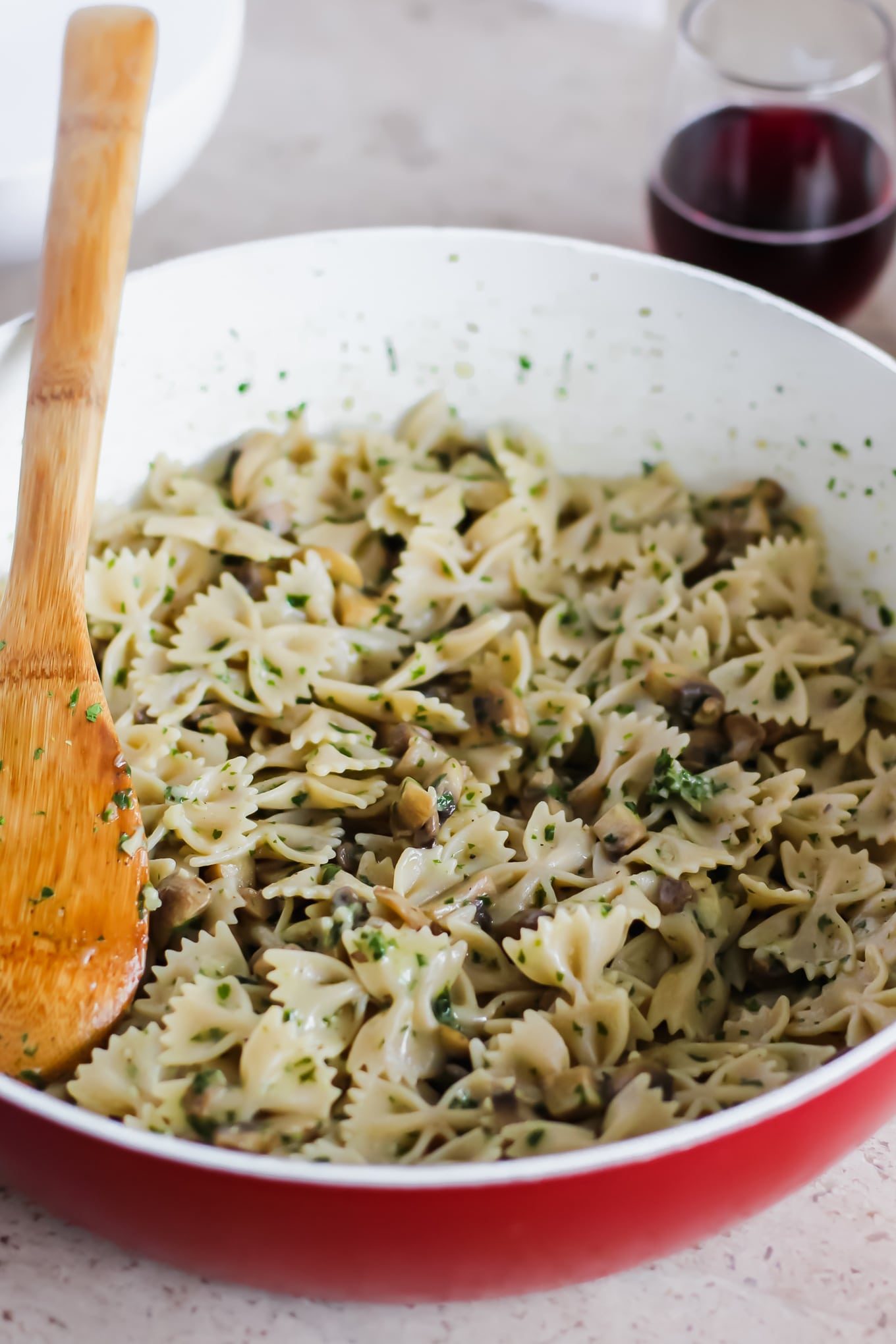 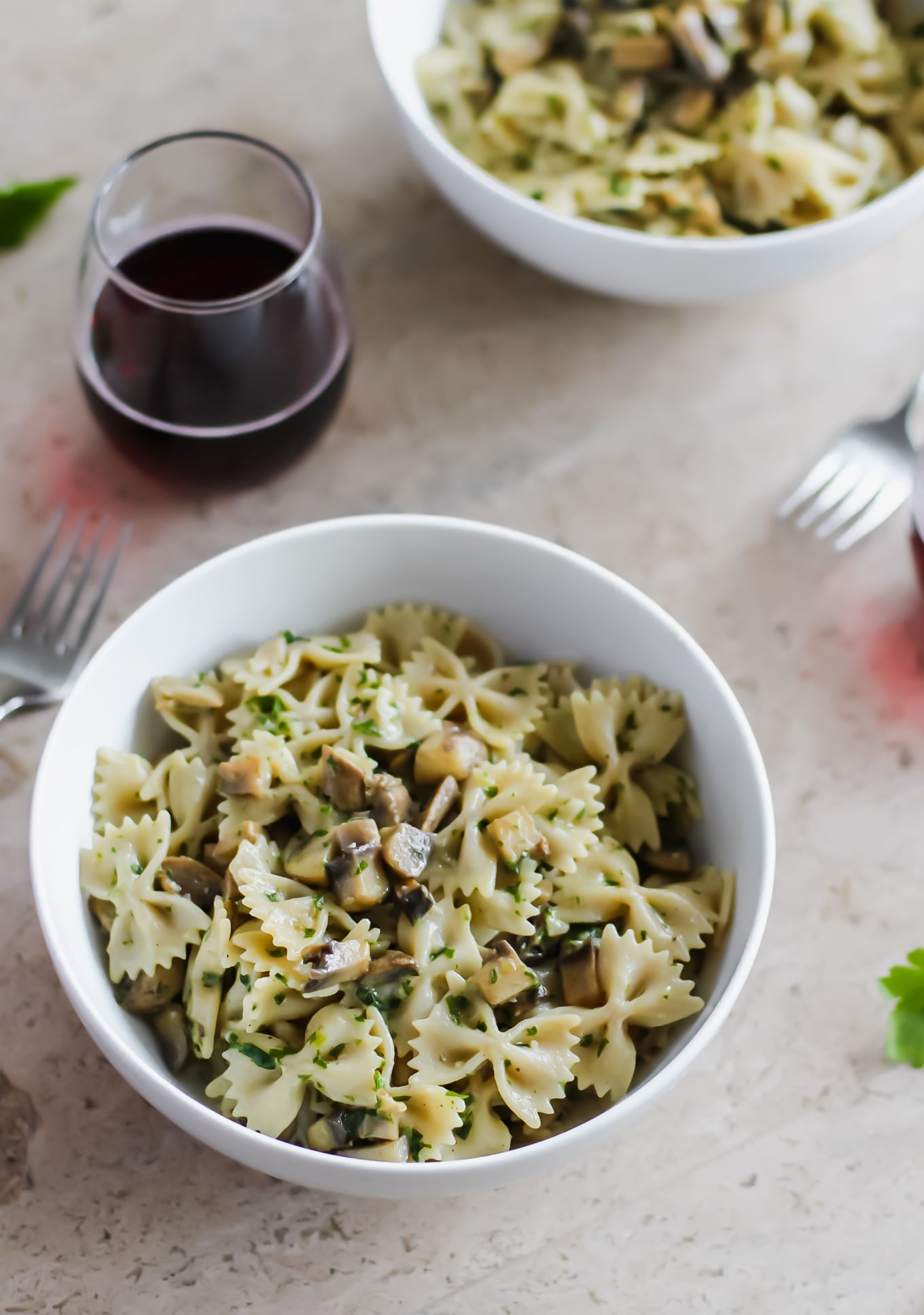 Make sure you season everything with salt and pepper, but if it still needs more flavor/saltiness when you serve, throw some more cheese on top. I promise, I’m not judging! I do it, too! 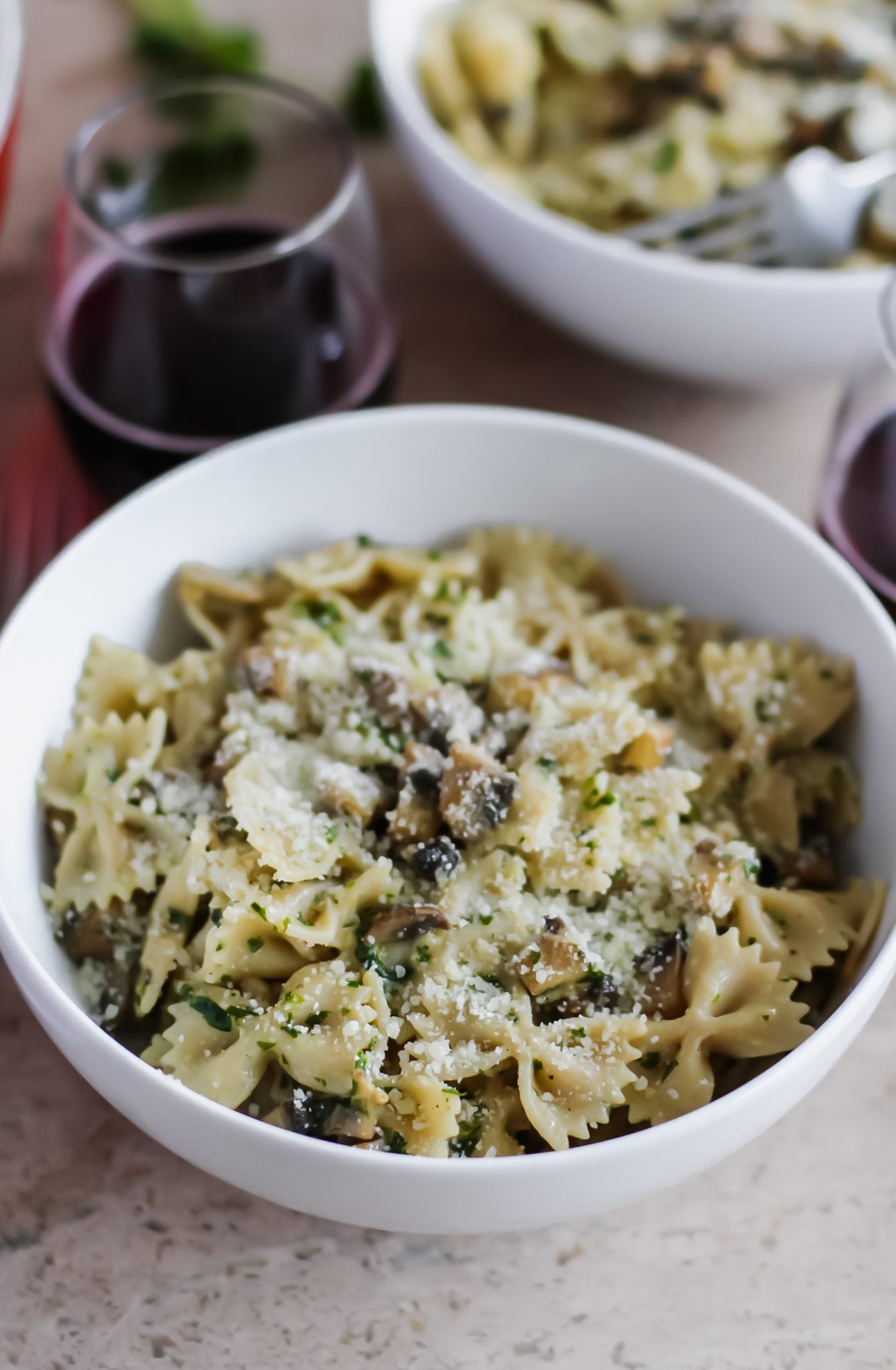 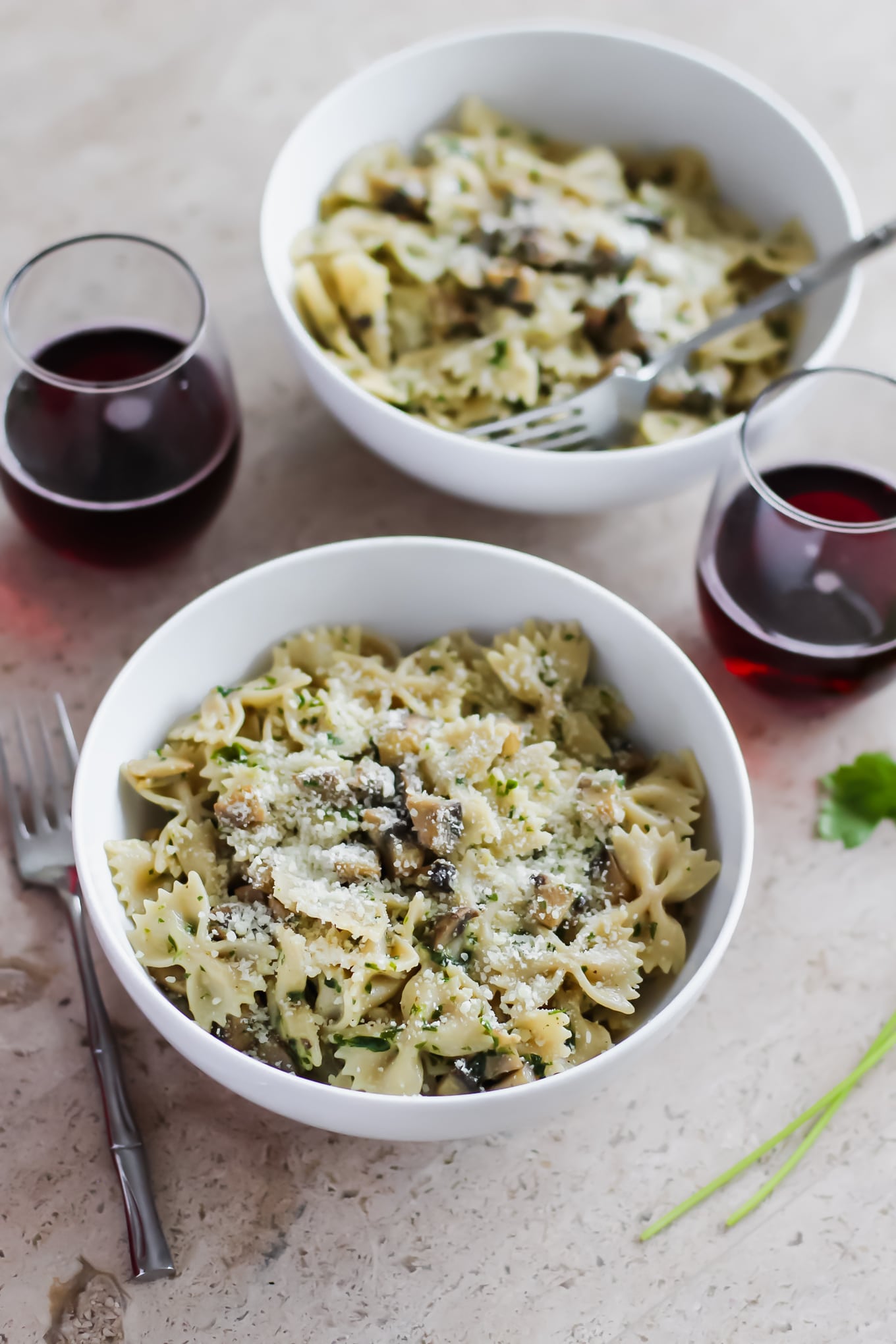 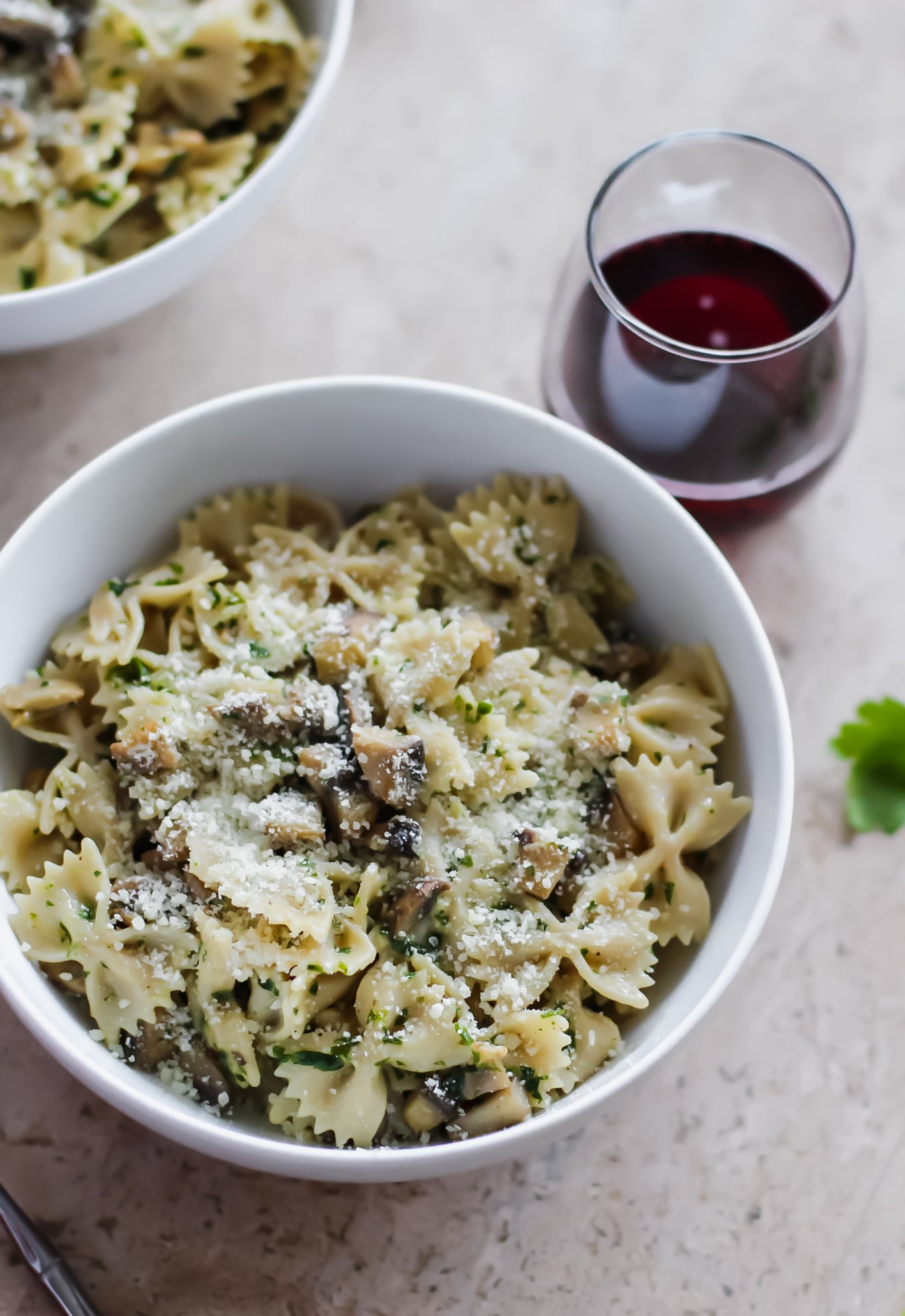 Do you ever make alternative pastas?

Which one is your favorite? Brown rice, quinoa, chickpea, lentil? I’d definitely say that brown rice is my favorite, with quinoa and chickpea noodles following closely behind! 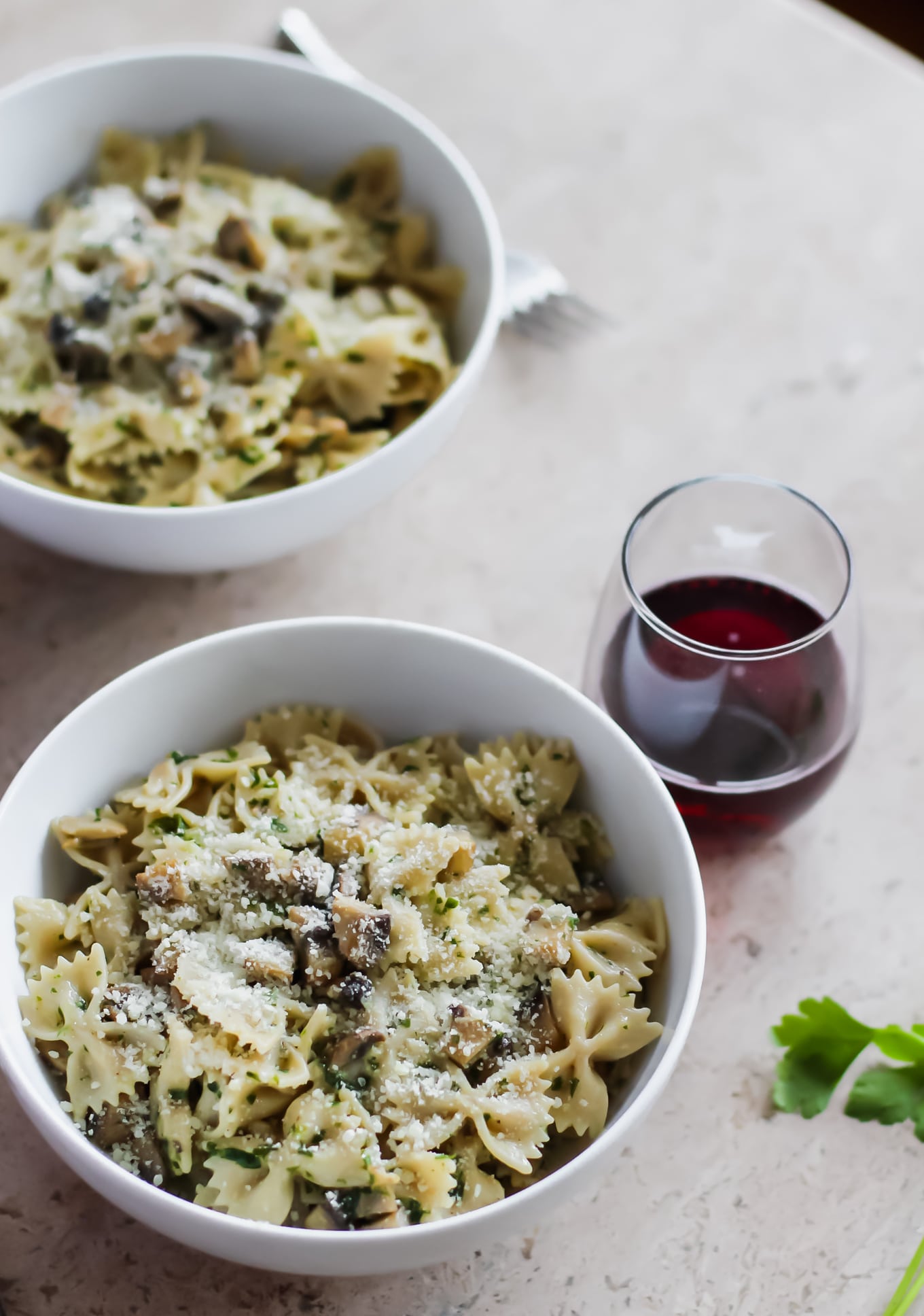 Want to save this Healthy Mushroom Pasta recipe for later? Here’s an image for you to pin!