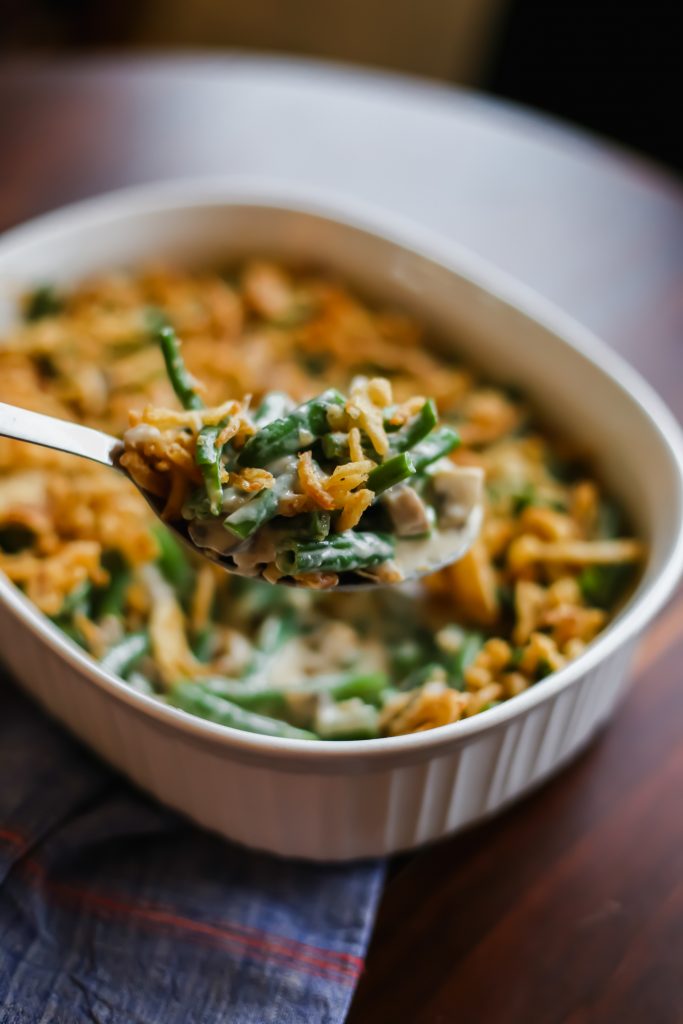 A house divided. On one side, you have my boyfriend. He LOVES green bean casserole. It’s one of his favorite things to eat on Thanksgiving and he is a purist when it comes to the recipe. He likes it just like his Grandma used to make it with canned soup, canned green beans, and French’s crispy onions.

BUT after a heated conversation about the subject one day, I realized I should just try to make my own version. I promised I wouldn’t even try to make it “healthier” – no non-dairy milk or vegan anything. And I’ll even keep the crispy onions! He’s gotta go for that, right?

Well… he refused to tell me it was on par with his grandma’s (🙄), but he still ate it! And I liked it, which we can’t say for the OG recipe. So, without further ado…. here’s how to make green bean casserole with fresh green beans – and NO canned soup! 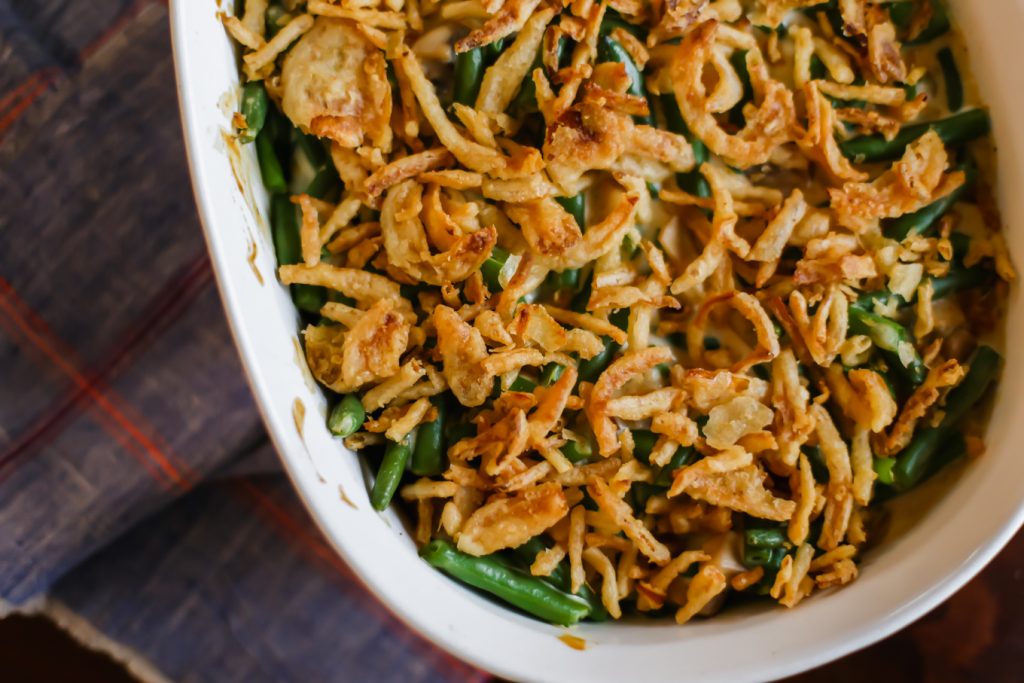 The first step is all about cooking the fresh green beans! Since you’re also going to bake them, you just want to get them tender. Then, after you drain them, add them straight into a bowl of ice water. This stops them from cooking further… until they go back in the oven! 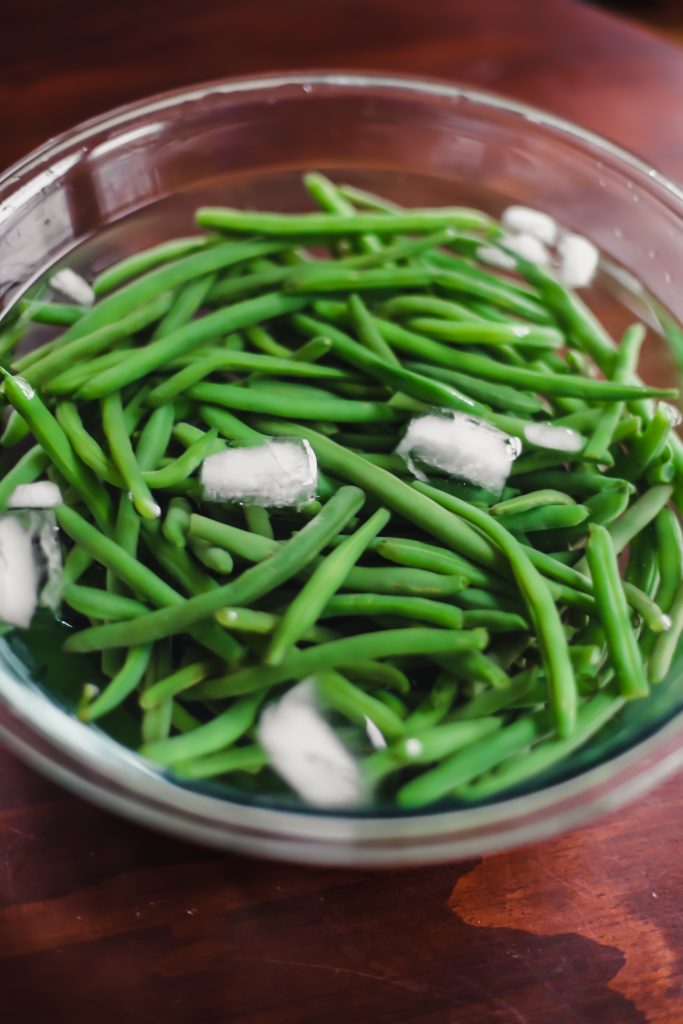 But the key to this recipe for me, is the mushroom sauce. I’m not sure why Adam loves the canned version so much, but I figured few things can rival mushrooms, onions, and garlic sautéed in butter, right? 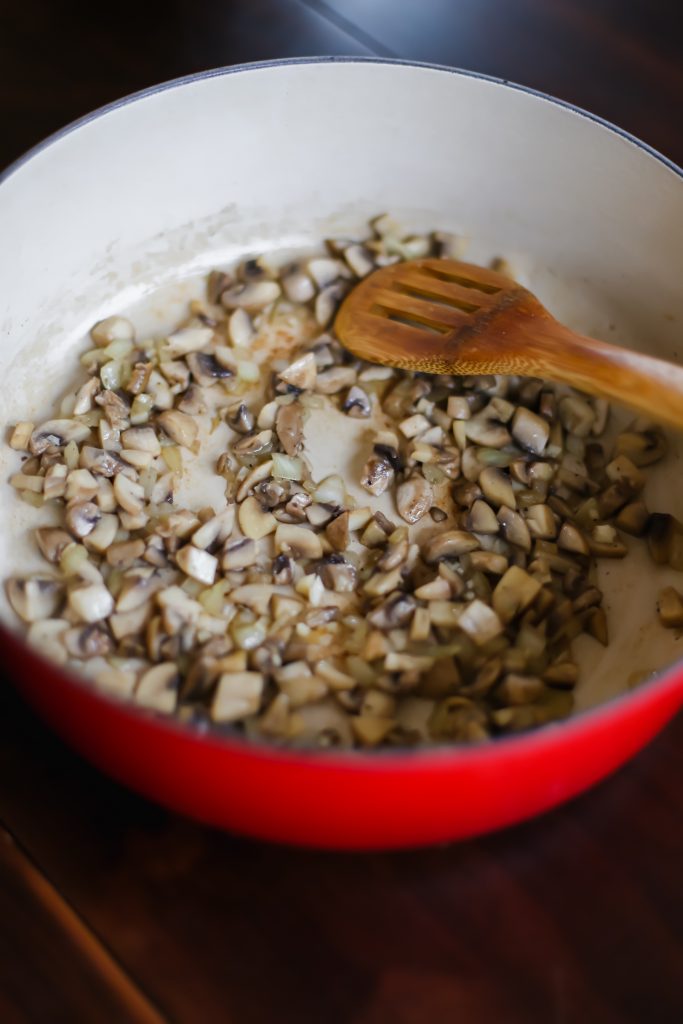 After the mushrooms, onion, and garlic cook down, whisk in some flour and broth to create a little rue. Once the flour dissolved, add half & half and let it simmer and thicken. See?! I told you I wan’t going to try to make it healthy! 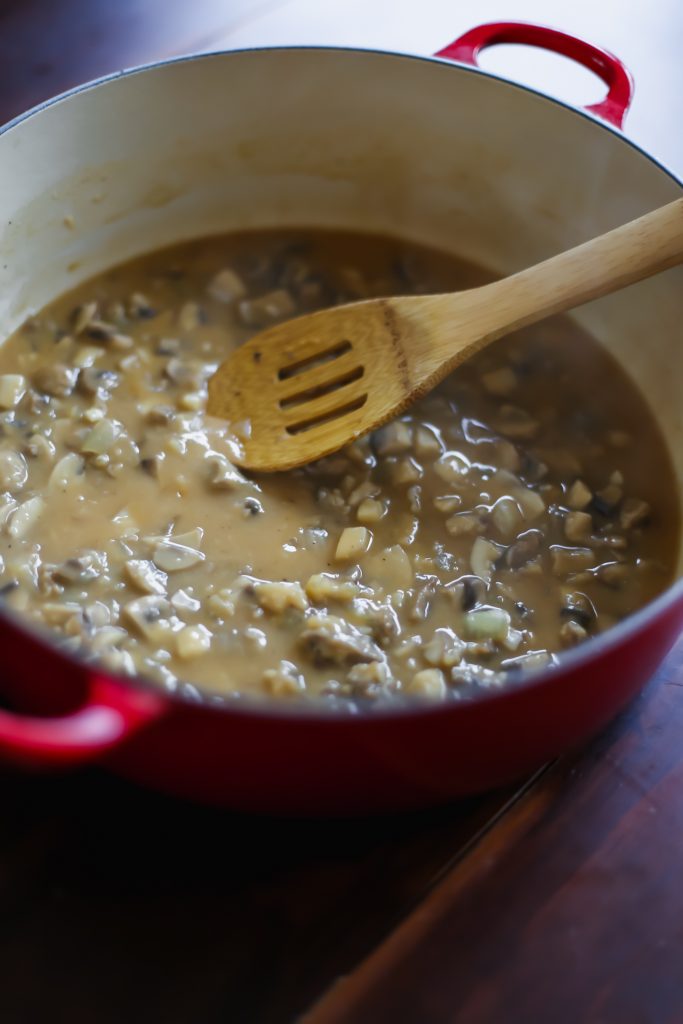 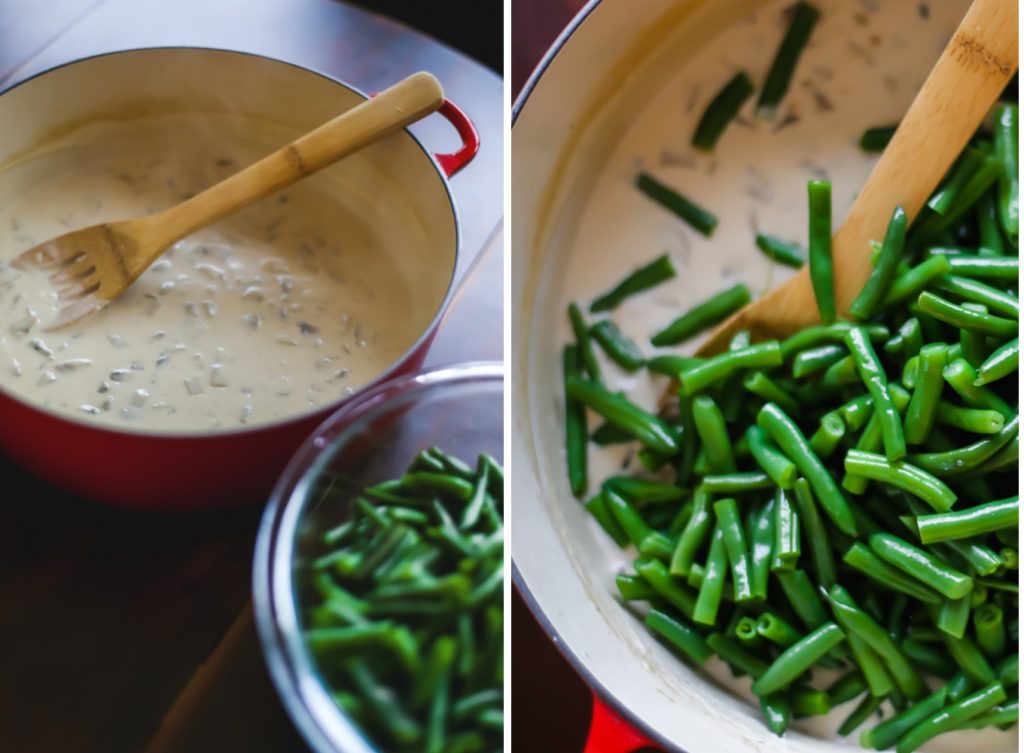 Once the sauce is done, it’s time to toss the green beans in! 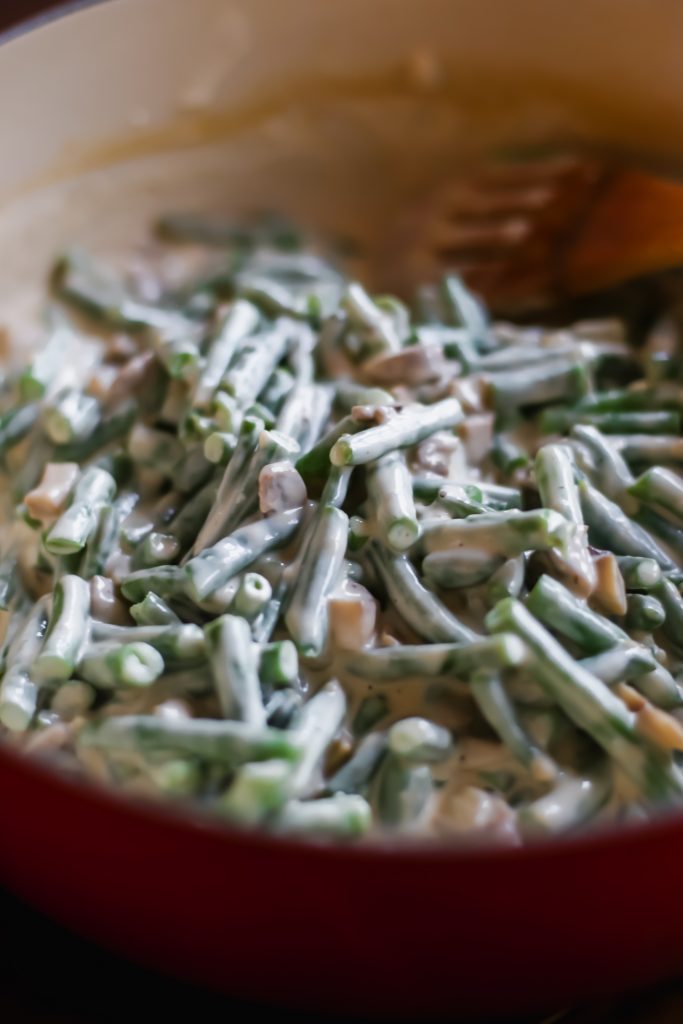 And as I’ve been told, no green bean casserole is complete without crispy onions! I totally wanted to make my own crispy onion topping, but then I thought… baby steps. We’ll introduce this version first, and then see what else I can get away with 😉 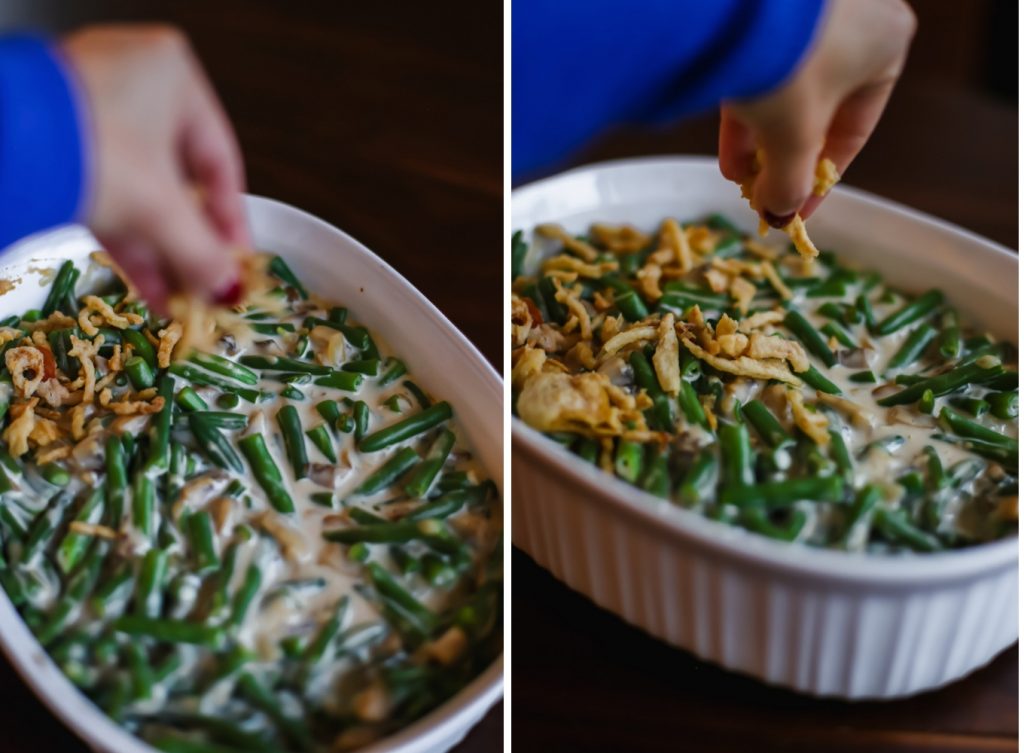 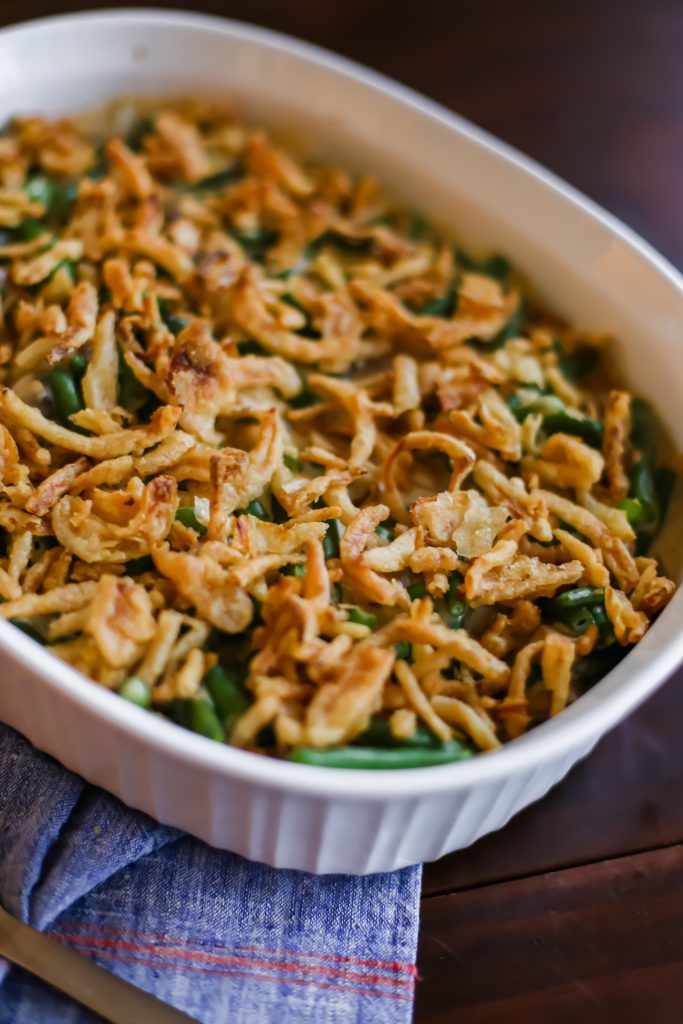 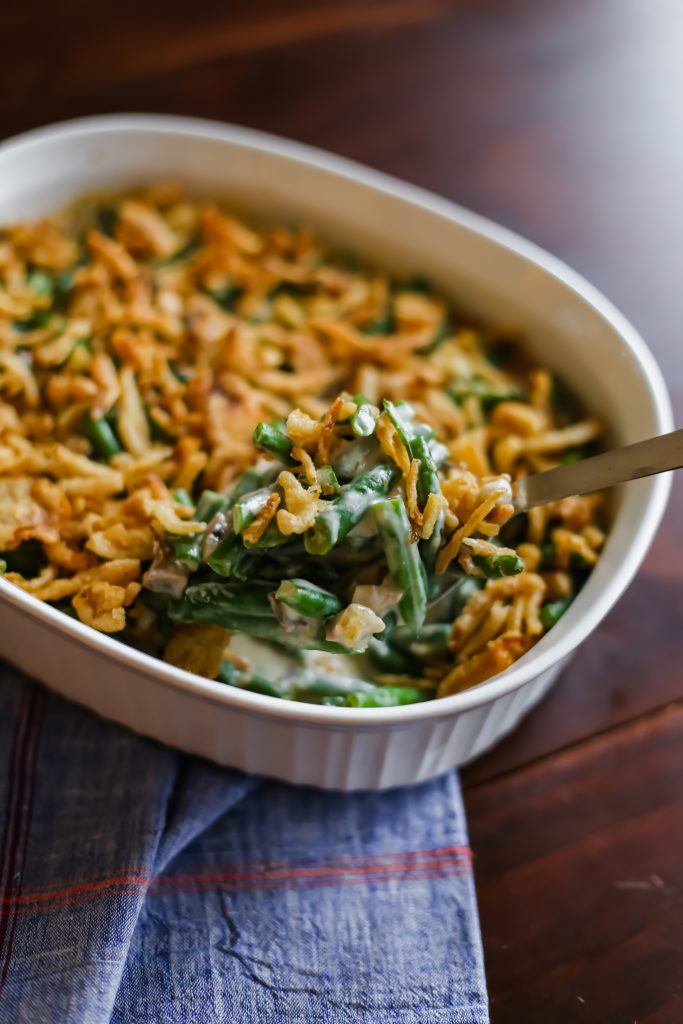 Not gonna lie, I’m pretty pleased with myself. I don’t even care what Adam says! 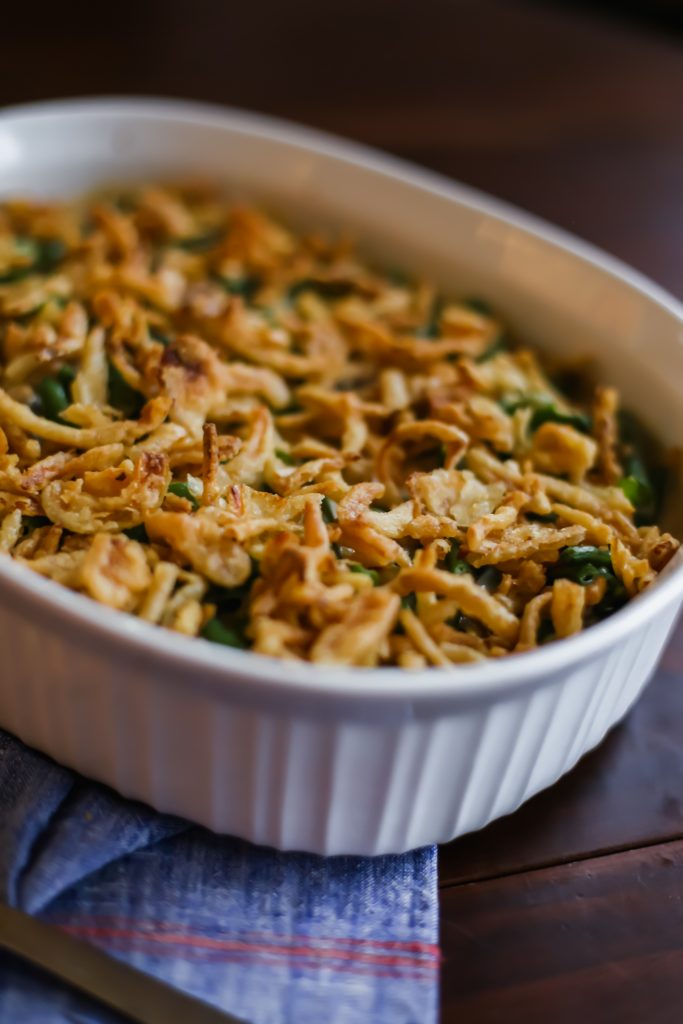 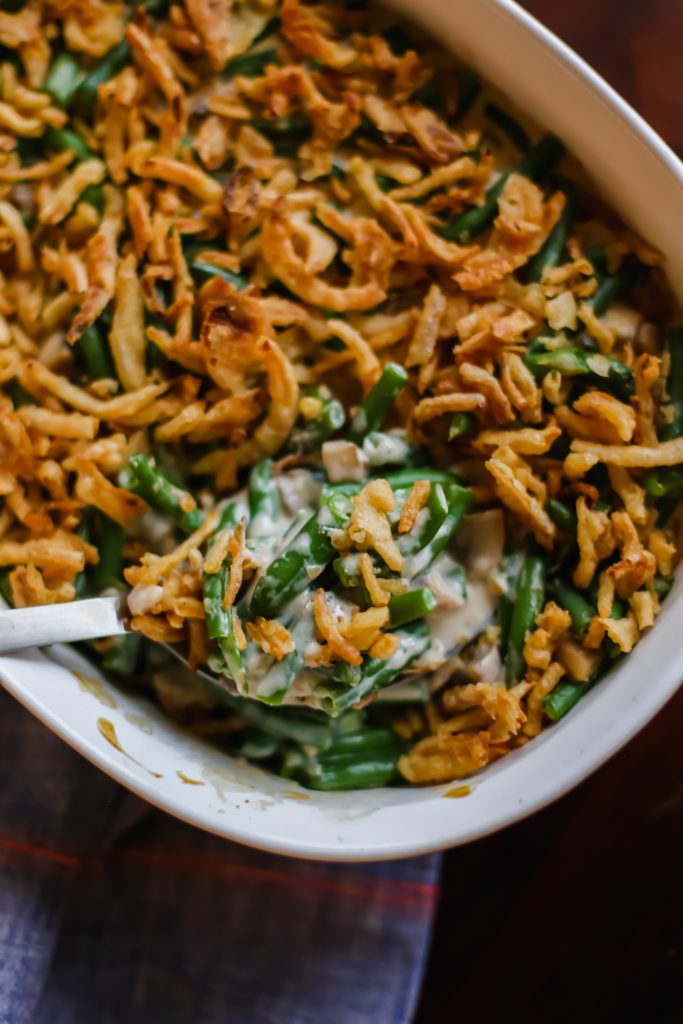 Are you a fan of green bean casserole?

Do you make it with canned green beans/soup or do you make it from scratch? I love to hear everyone’s preferences and quirks – especially around the nostalgic holidays!

Want to remember how to make green bean casserole with fresh green beans on Thanksgiving? Pin the image below! 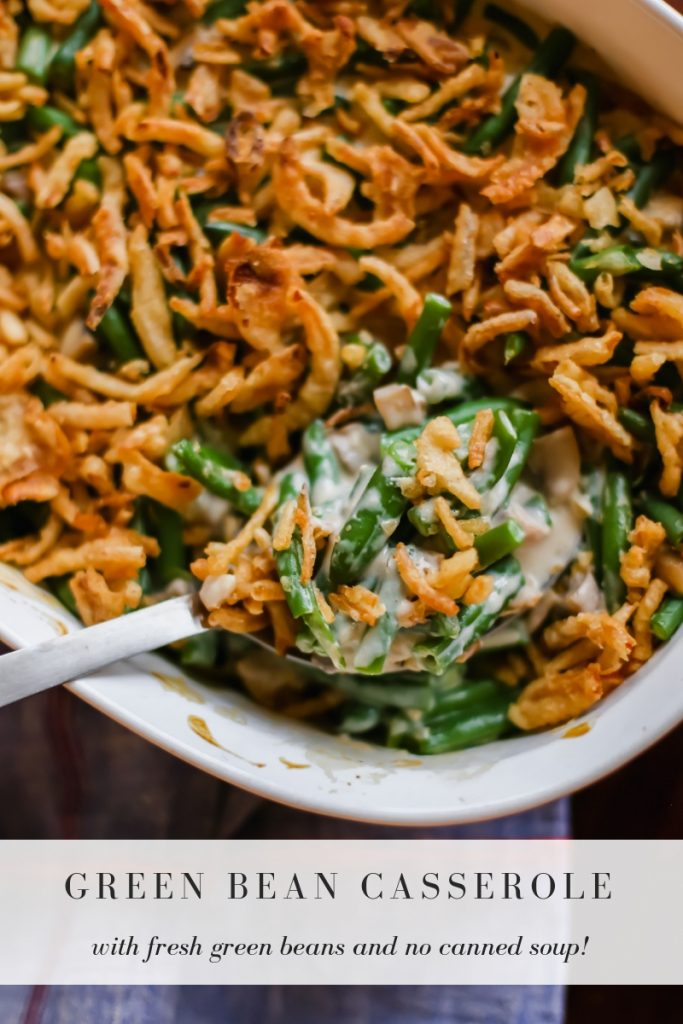 This morning light though 🥰 // Since you guys h

*SIMPLE TOMATO SAUCE* I got a few questions about

Hi my name is Lauren and too often, I tie my worth

One more sleep until this is home for real 🥰 #p

Ruth Bader Ginsburg is the reason I am proud to ca