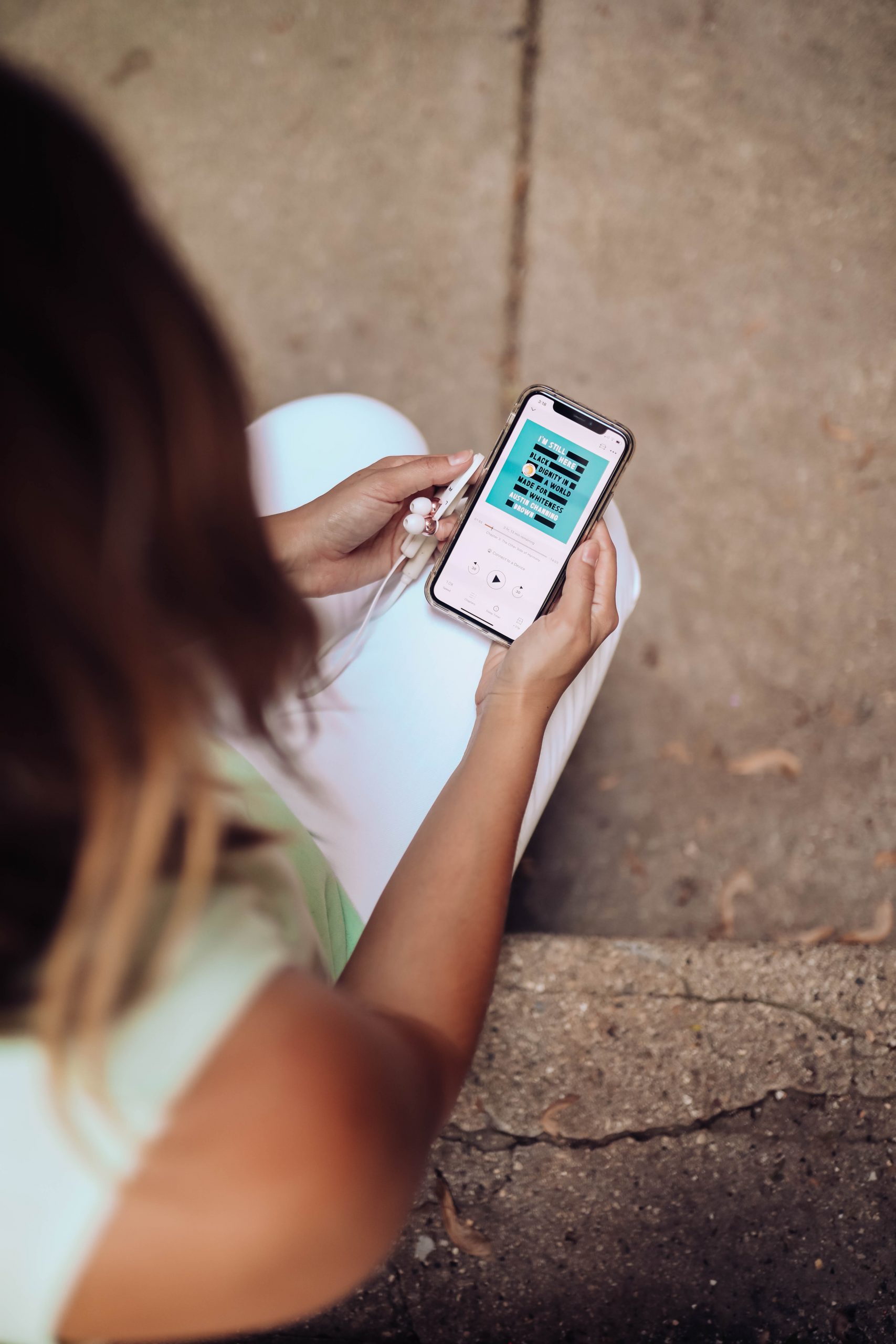 Happy Monday! Can you believe it’s August again?! That crept up so fast, I almost forgot to write my book club post! I’m glad I didn’t though, because we have to talk about this book! It is no secret that 2020 has exposed a lot of racism within our country. I don’t know anyone who wasn’t affected by that video of George Floyd’s death. When you pair that with the protests and the stories of victims like Breonna Taylor and Elijah McClain, this issue has become impossible to ignore.

For me, it became clear that I didn’t (and never truly will) fully understand what it’s like to be Black in America. I knew racism existed, but I honestly thought it was only perpetuated by overtly racist white supremacists. I had no part in that, right? Well, I’ve learned a lot about anti-racism the past few months, and I found Austin’s writing particularly impactful. Listening to the audiobook felt like listening to a brutally honest friend talk about her many experiences with racism throughout her life. I don’t say that to diminish other anti-racism work or tone police. It’s just that her words have struck me and I know that they will stay with me for a very very long time.

“When you believe niceness disproves the presence of racism, it’s easy to start believing bigotry is rare, and that the label racist should be applied only to mean-spirited, intentional acts of discrimination. The problem with this framework—besides being a gross misunderstanding of how racism operates in systems and structures enabled by nice people—is that it obligates me to be nice in return, rather than truthful.”

about the book: ‘i’m still here: Black Dignity in a World Made for Whiteness’

I’m Still Here is a memoir written by Austin Channing Brown. She offers a unique perspective on race after growing up in majority-white schools and churches, most of which claim to value diversity despite the fact that she was often the only person of color in the room. Austin explains how she has coped with both micoaggressions and blatant racism within a society and institutions that are rooted in white supremacy. She also brilliantly identifies tools to help her community cope and move forward, while also generously providing people like me with advice to become a better ally.

In addition to my questions below, I’d definitely recommend checking out Austin’s full Discussion Guide. It is far more comprehensive than my questions, so definitely give it a peek! I’d also love to hear your thoughts in my Lake Shore Lady Community Group on Facebook!

my book club pick for august

I know you probably thought I was going to pick The Idea of You since I couldn’t stop talking about it this month. (It’s also by an incredible Black author!) But PLOT TWIST! I am currently reading One To Watch and this new debut novel is so good.

On the surface, this book is really light and fun. It’s about a popular plus size fashion blogger who is hung up on her engaged (!!) best friend. One night when she is watching one her favorite shows, Main Squeeze (aka The Bachelor/Bachelorette), she gets frustrated with their lack of diversity. After one too many drinks, she publishes a blog post slamming the show, resulting in a meeting with one of the show runners. On her way to the meeting, she is expecting a criticism of her blog post, only to find out they actually want her to be the next star.

While the premise seems silly and superficial, this book dives into how society views plus size women, what body positivity really means, and so much more. Who wants to read it with me?!?!