Is Disney+ worth it?

In anticipation of Hamilton launching this Friday, are you wondering: is Disney+ worth it? Let’s talk about it! 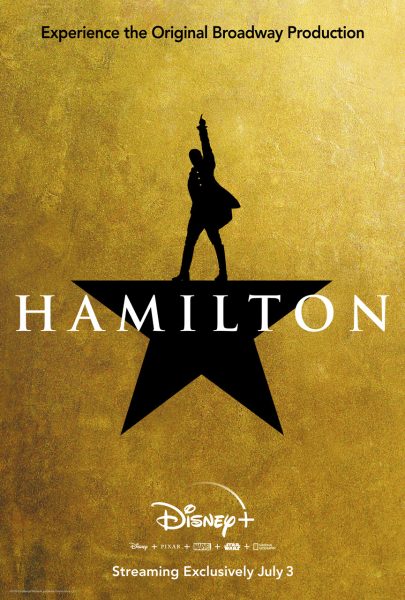 Soooo, I’ve had this post idea on the back burner for a while now, and this seemed like the perfect week to actually write it. Why? Because HAMILTON IS COMING TO DISNEY+ ON FRIDAY!!! Wahoooooooo!

Being able to stream the original Broadway cast of Hamilton is obviously a big perk, but there are a lot of other great aspects of Disney+ too. We cut cable last year because our rate was increased an insane amount, and ever since then, we’ve been all about the subscription services. Disney+ is definitely the least necessary for us since we don’t have kids, especially since we already have Hulu Live, Netflix, and Amazon Prime Video. That being said, we have really enjoyed having it over the past few months. I mean, alllll the Disney and Pixar movies + an exclusive Star Wars show + Hamilton? Yes, please!

Is Disney+ Worth It?

Disney+ is an ad-free streaming service. Subscribers have access to thousands of Disney movies and series on their devices that they can also download and watch any time. The content on this platform comes from Walt Disney companies like Disney, Pixar, Marvel, Star Wars, National Geographic, and 20th Century Fox. You have the option to get a month by month subscription, or save money and buy a year long subscription.

Out of the Vault

Whether you have kids or not, there’s no denying that there’s nothing quite like a classic Disney film from the vault! Aladdin, Alice In Wonderland, Beauty and the Beast, The Lion King… all of them are ready to stream whenever you want them! Sometimes you just need the originals instead of the new live action versions. Although they have those, too!

When it comes to animated movies, Pixar also makes the best of the best. Disney+ has Pixar favorites like Toy Story, Finding Nemo, Ratatoullie, Monsters Inc, etc. We also recently watched Pixar’s latest release, Onward, which is so so sweet!

If we’re being totally honest, Star Wars was a big reason why Adam wanted to get Disney+ ? In addition to every Star Wars movie, they also have the original series “The Mandalorian” (starring Baby Yoda!), along with some animated shows like “The Clone Wars” and “Rebels“.

Along with “The Mandalorian“, I loooooooved their other original series – “High School Musical The Musical The Series“! The name makes me laugh every time I say it, and the show is SO GOOD. I’m really not kidding. If you were a theatre kid in high school, you MUST watch it. It is soooo much better than the movie High School Musical – in fact, it makes fun of it all the time throughout the season. It’s also smart and sweet and funny, and the young actors they got are crazy talented. It is ADORABLE. There’s also original series like “The World According To Jeff Goldblum” and “Diary of a Future President“.

I am admittedly not the biggest Marvel fan, but if you are, you’re in for a treat! They have movies like Iron Man, Captain Marvel, Avengers (Avengers Endgame is on there!), and any other favorites you can think of!

In addition to movies, Disney+ also has a ton of kid friendly tv shows! Obviously, I don’t have as much experience in this category, but a few of the options are Timon & Pumbaa, The Lion Guard, Tangled: The Series, Ducktales, The New Adventures of Winnie The Pooh and more!

If you’re into nature and educational shows, the National Geographic programming on Disney+ is for YOU!

I know pretty much anything made my Disney is nostalgic for most of us, but to me, this category is for the tv shows and movies that are nostalgic for millennials like me. Think Lizzie McGuire and Even Stevens and Boy Meets World… you know what I’m talking about!!

First, decide if you only want Disney+ or if you want the bundle with Hulu and ESPN+. Then, you’ll enter your email and create a password. From there, you’ll enter your billing details and sync your account to whatever devices you would like to watch on.

What Devices Are Compatible With Disney+

We stream ours through the Disney+ app on our Amazon Fire TV Stick, but you can also stream it through Apple TV, Roku, and Chromecast.

As long as you have your computer, you can watch on browsers like Chrome, Internet Explorer, and Safari!

Stream Disney+ on a PlayStation 4 or Xbox One.

I think the main pro is that there are a ton of options and sometimes it’s fun to watch a sweet nostalgic animated film on a dreary day! Also, once Hamilton is on there this Friday, that will be another HUGE pro, and I’m sure that’s not the only “original content” they have up their sleeves. They also have around 120 movies available to stream in dolby vision/4K HDR, too.

Honestly, the only con is that this is an unnecessary expense for us. Do we need it? Absolutely not. But will we love having it when kids come into the picture? You betchya!

All in all, if you have children, or you watch someone else’s children a lot – this is a no brainer. If you don’t, is Disney+ worth it? I think you just have to figure out how often you’ll watch the content and if it’s worth the price. For us, it feels really affordable, especially if you purchase a subscription for the whole year up front.

If you have it, do you think Disney+ is worth it? Let us know in the comments!

This post is NOT sponsored by Disney+ and if you purchase through links in this post I will not earn an affiliate commission. Some other sites supported by its audience may be a part of their program though!

PS. You might also like The Best TV Shows For Couples Who Can’t Agree On What To Watch.