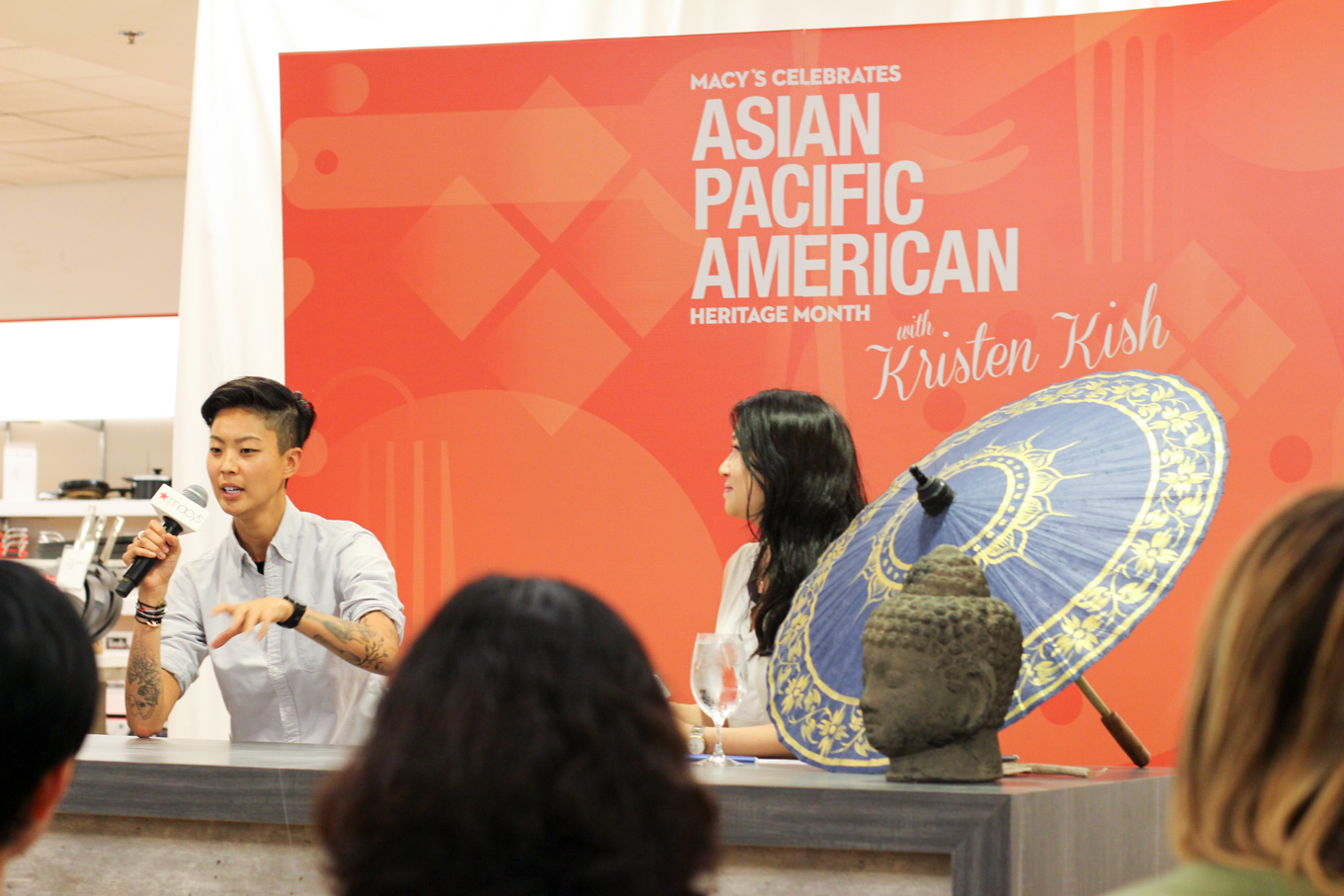 I’ve been to going to Macy’s events for a few months now, and I’m pretty sure this was my favorite so far. The prior events have been cooking demos, which I obviously love. But, while this one was still rooted in food, the best part was the interview with Kristen Kish.

Just in case you’re not a cooking show nerd like me, Kristen Kish won a little show called Top Chef. Kiiiiind of a big deal over here! For some reason I’ve fallen off the Top Chef wagon recently, but back when I lived in New York, my friends and I would watch it religiously. Three of us all worked at a boutique on the Upper West Side, and we became friends with one of our customers, Grayson Schmitz. Turns out, she’s an amazing chef and she was cast on Top Chef  the season before Kristen! That started watch parties every week after work, which are now some of my favorite cozy New York memories with those gals.

But back to Kristen Kish…

Kristen was born in Korea, but was adopted and grew up in Michigan. She started watching Great Chefs of the World on the Discovery Channel at a young age and quickly discovered a love for cooking. After realizing a typical college experience wasn’t for her, she moved to Chicago (woo!) for culinary school and now she’s based in Boston. After getting her background info, the interviewer obviously asked how Top Chef happened. She told us that her boss at the time applied for her and made her do it! Ha!

It was really awesome to hear her talk about what a great learning experience it ended up becoming. It clearly wasn’t just about winning to her, and I think that’s really cool. She said:

“It was an amazing lesson in who I wanted to be AND what I wanted to cook. I learned that it’s okay to be me.”

I could immediately tell that she’s just as genuine in person as she seemed on the show. She was incredibly humble and has such a passion for food. She talked about how she loves to cook with nostalgic flavors, because that creates a connection between her (in the kitchen) and the people eating her food (in the restaurant), even if they never meet. How cool is that? Below is a dish we got to sample – soba noodles with shiitake and charred onion broth. Even though it has an asian “flare” and it’s a sophisticated dish, the flavors are reminiscent of a simple chicken noodle soup. There’s a familiarity even though none of us had ever tasted this dish. I thought that was so clever. 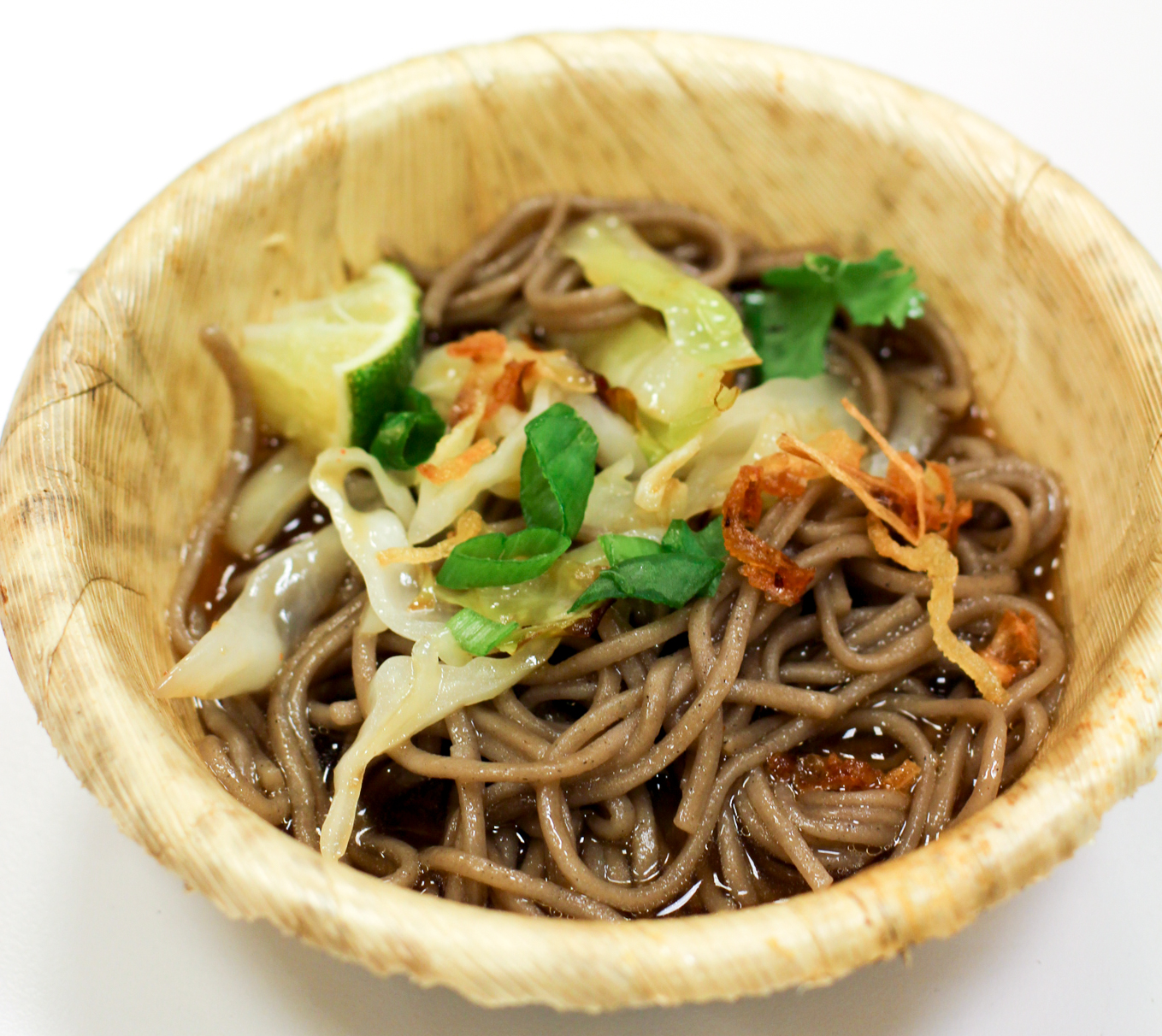 Of course this question came up! But when asked if she had any advice for young chefs, she didn’t even talk about the industry. Instead, she said that the most important thing we can do is put forth a very authentic version of ourselves, and encourage future generations to do the same. Be unapologetically yourself. Yes yes yes. 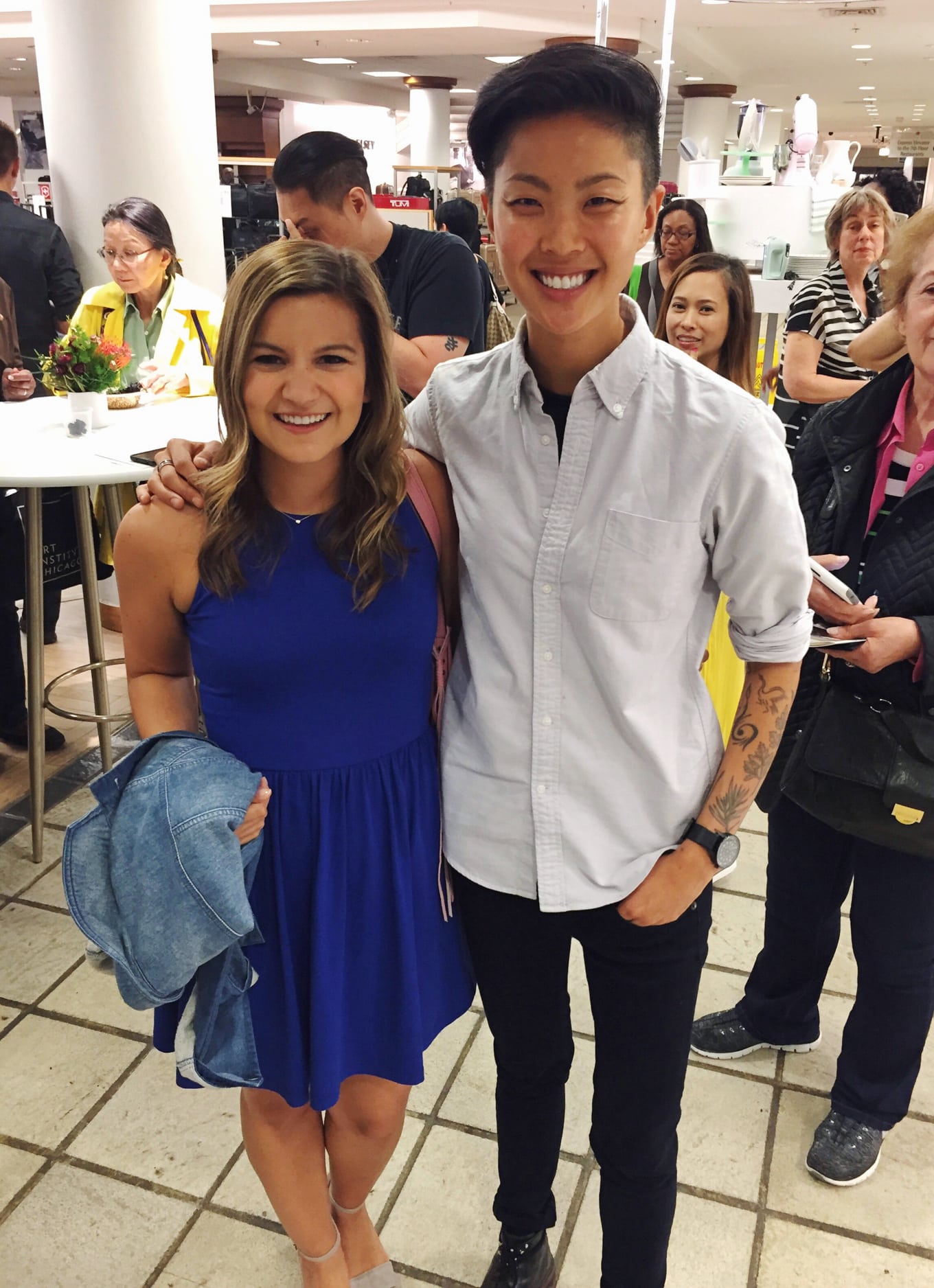 Did you guys watch Kristen on Top Chef? If you’re a fan (like me!), you can also preorder her book, Kristen Kish Cooking: Recipes and Techniques, on Amazon!

*This post was sponsored by Macy’s, but (as always) all opinions are my own. Thank you for supporting the companies that make Lake Shore Lady possible!