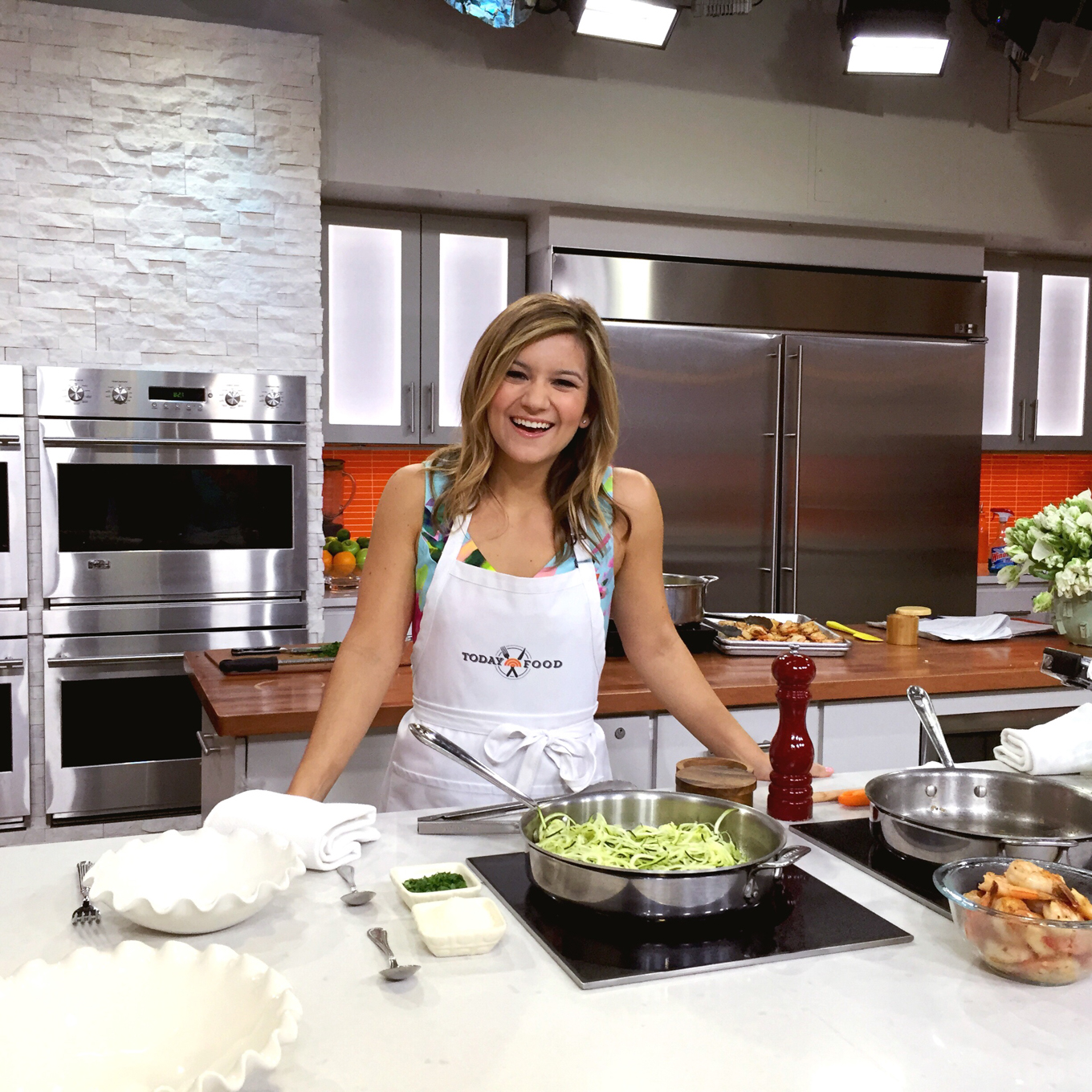 Happy Monday, everyone! I thought I’d kick off the work week by recapping my trip to NYC… also known as the BEST TWO DAYS EVER.
Click to watch my segment! 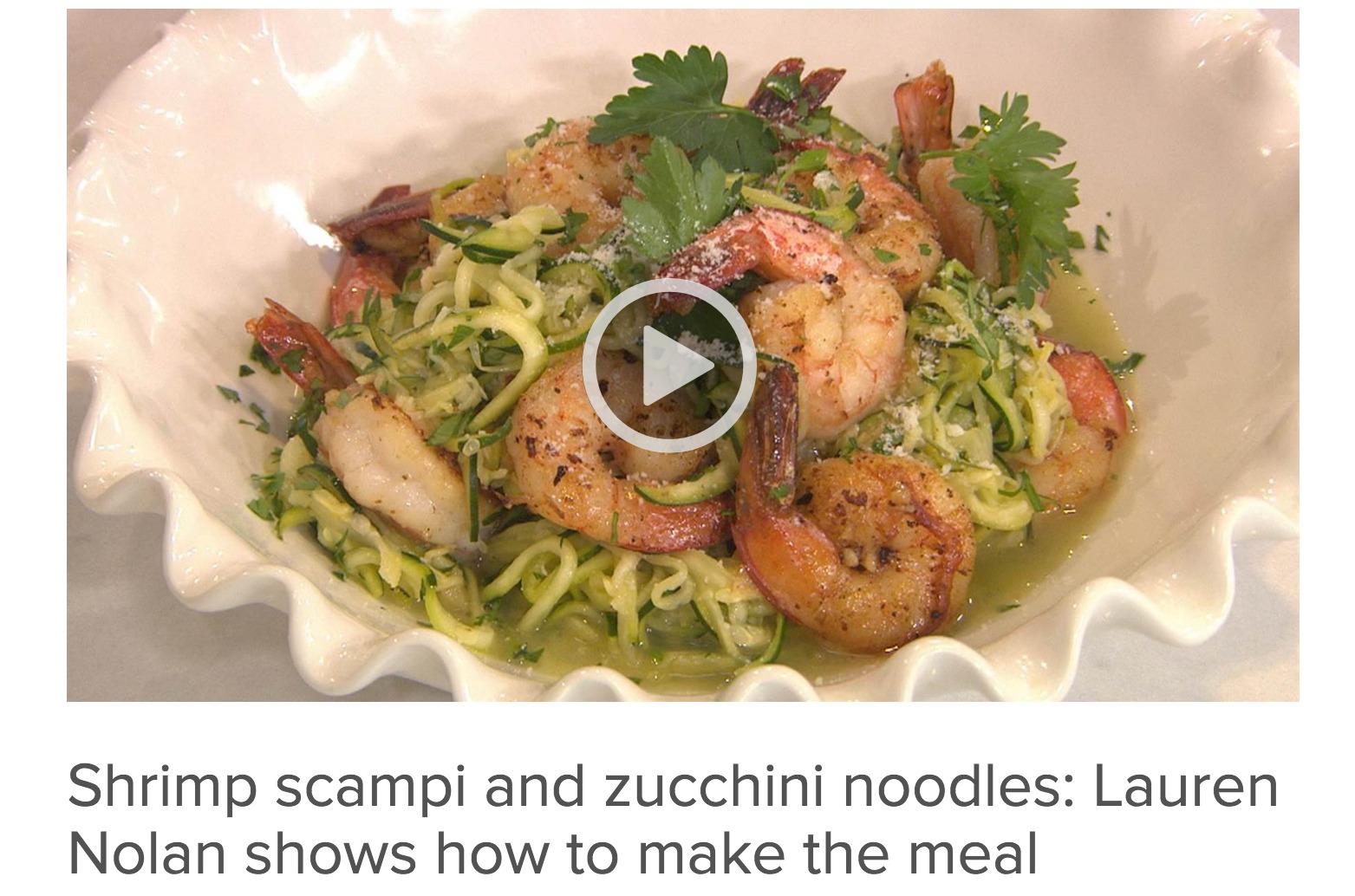 Before we get started, let’s just back up for context. Last weekend was my last few days of Yoga Teacher Training, which was slightly overwhelming with the final tests… and the fact that I’m a sappy human who was sad it was ending (more on that soon!). Moral of the story – I had a busy work week, an intense weekend, and then I hopped on a plane for this whirlwind the next day. Eeep! Luckily, New York completely calmed my nerves by being pretty much perfect… and I rarely describe New York that way! Haha we have a history 😉 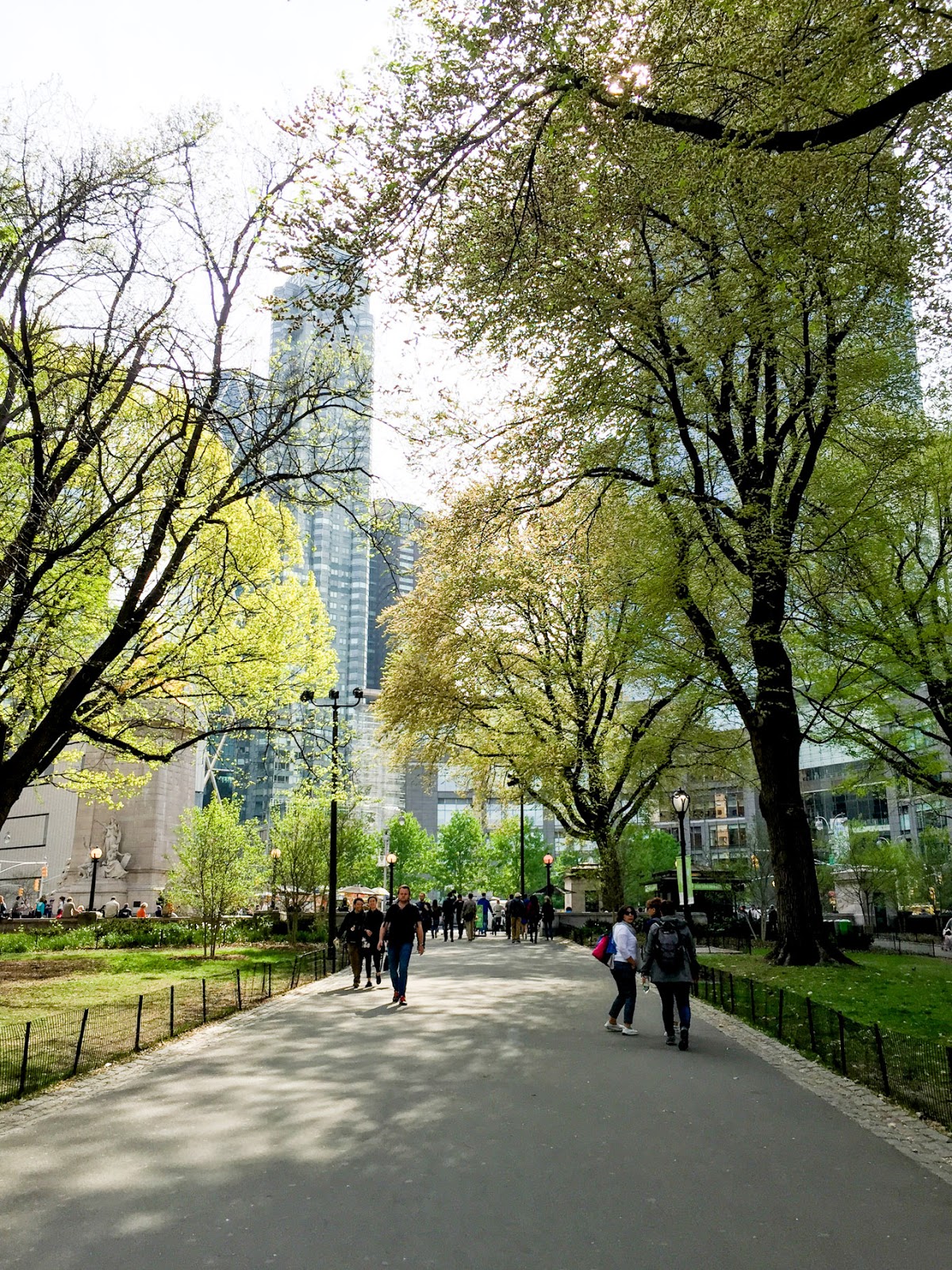 I landed right on schedule, so I had some time to kill before my rehearsal. I decided to go for a walk and quickly realized I was headed for Central Park. It was sunny and 70 degrees, with trees and flowers blooming everywhere. Seriously, it was the epitome of spring in New York. So. Beautiful. 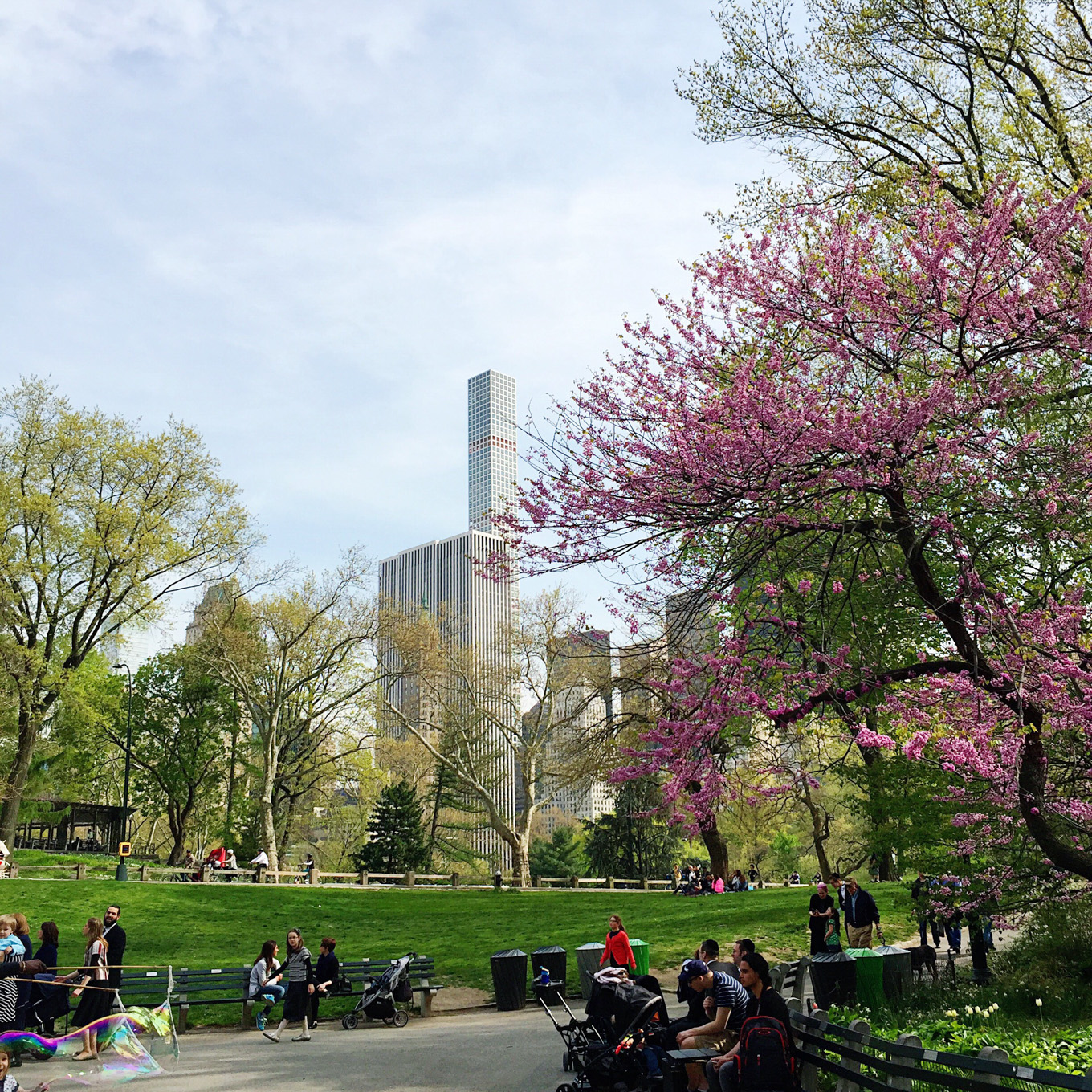 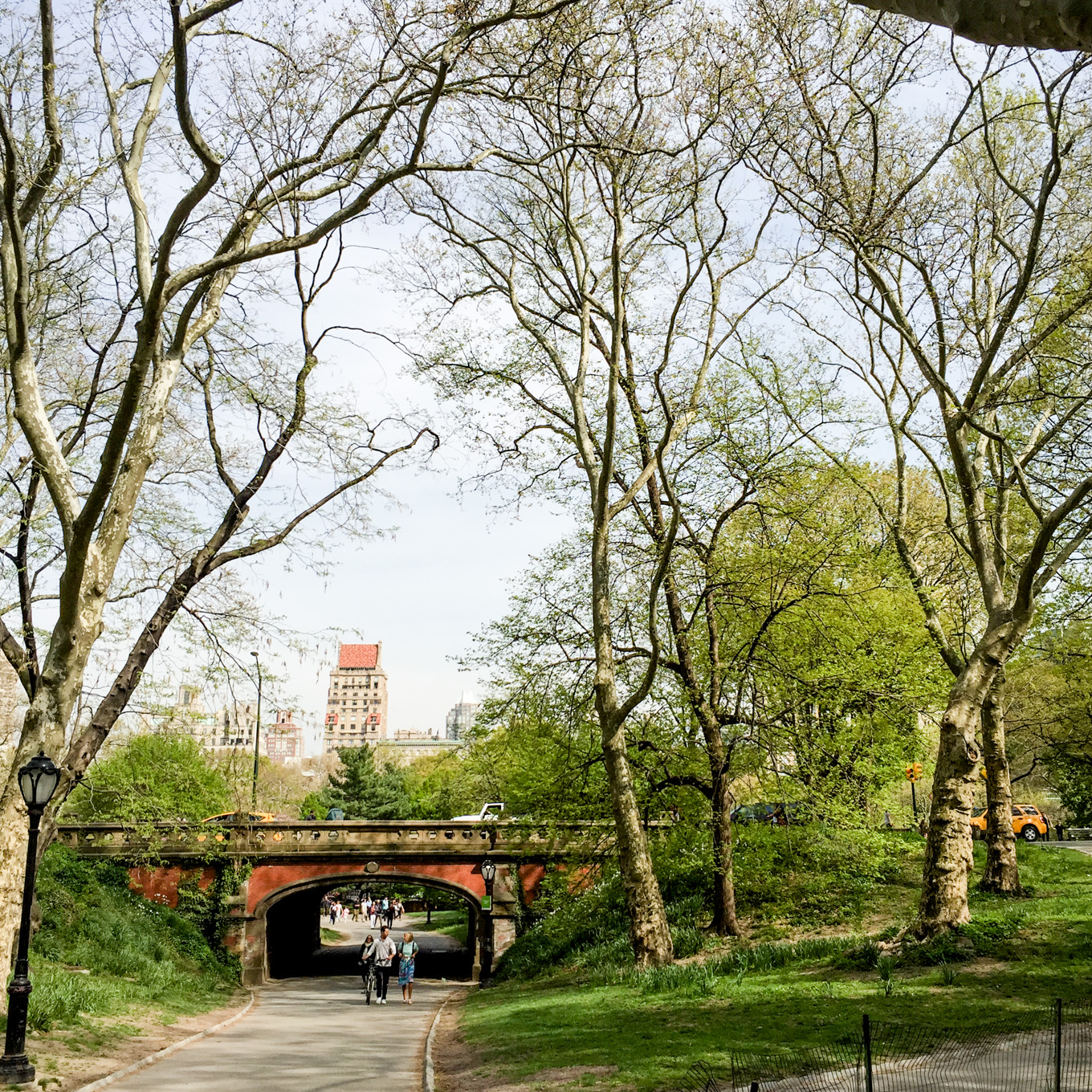 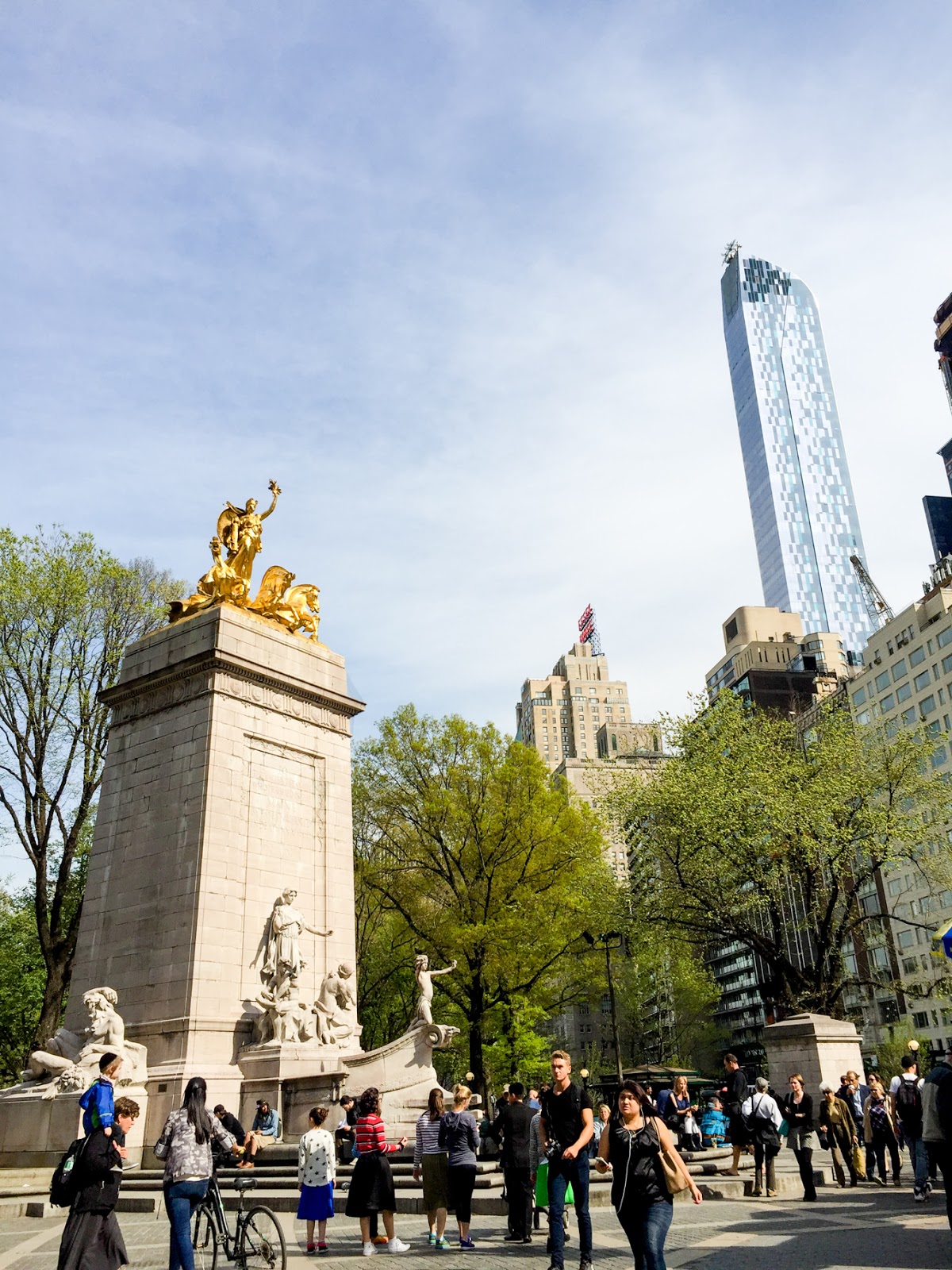 After my walk, I headed to rehearsal, which also calmed my nerves! The producer of my segment was so wonderful, and it was great to meet the food stylists (yes, that’s what they’re called!) before they prepped all of the food the next morning. By the end of the rehearsal, I felt like I knew exactly what I needed to do to nail it on air.
After that, I met one of my best gals for dinner at B Squared, which ended up being the PERFECT spot for us to catch up. Open windows, a fancy cocktail and these gorgeous veggie and salad dishes? Yes, that is exactly what I needed the night before my first time on national tv! 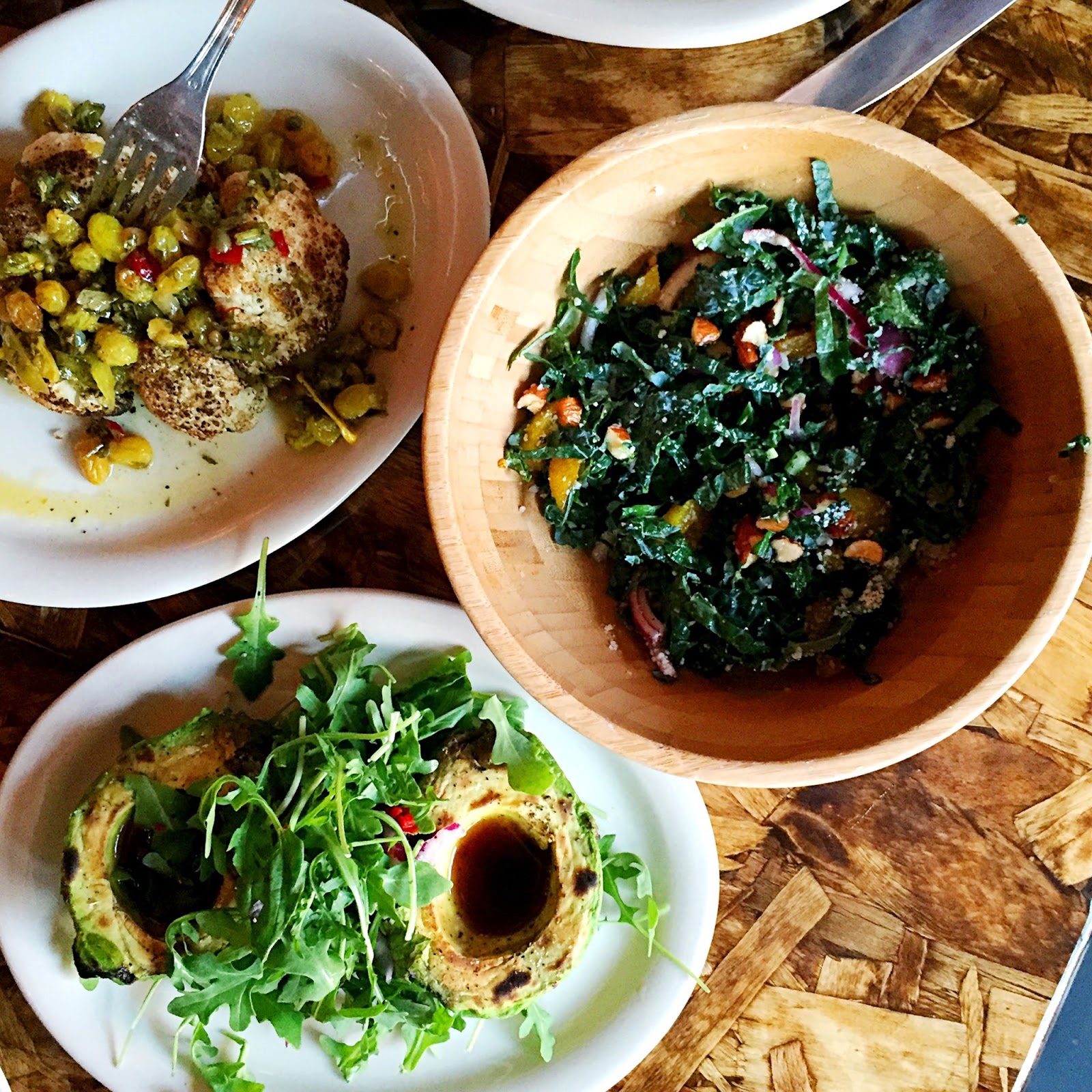 After prepping my segment and some content, I tried to get sleep… and then it was time to head to Studio 1A for hair and makeup! Here we go! 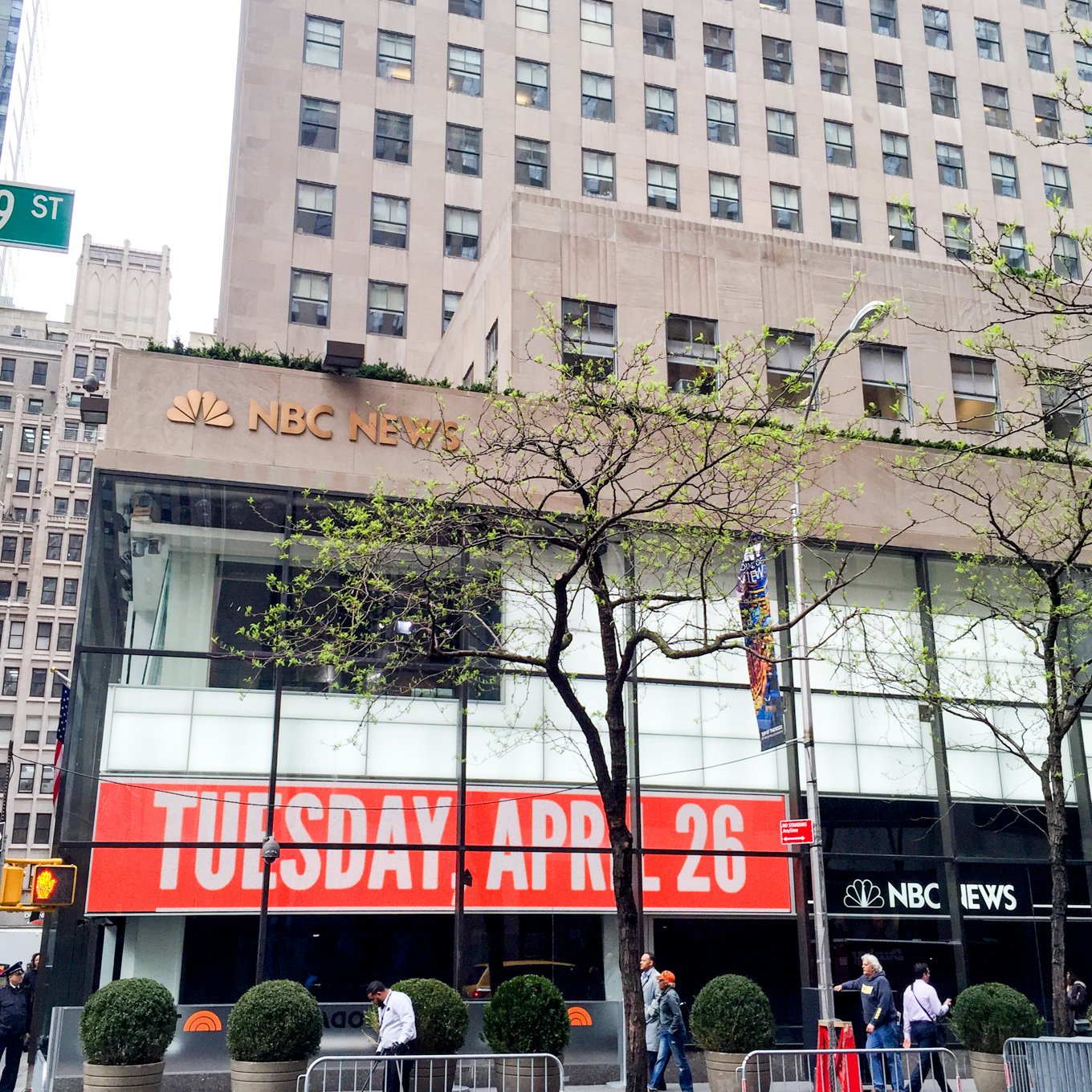 Once I was all glammed up, I headed upstairs to the kitchen. I had time to get my apron from wardrobe, microphone/earpiece from sound, and also run through my segment a few more times for good measure. Before I knew it, I was shaking hands with Savannah Guthrie and it was time to film! Savannah was totally lovely and SO TALL! But besides feeling like a shrimp, I felt so good about the whole thing. Those 3.5 minutes were fast, but the MOST fun! 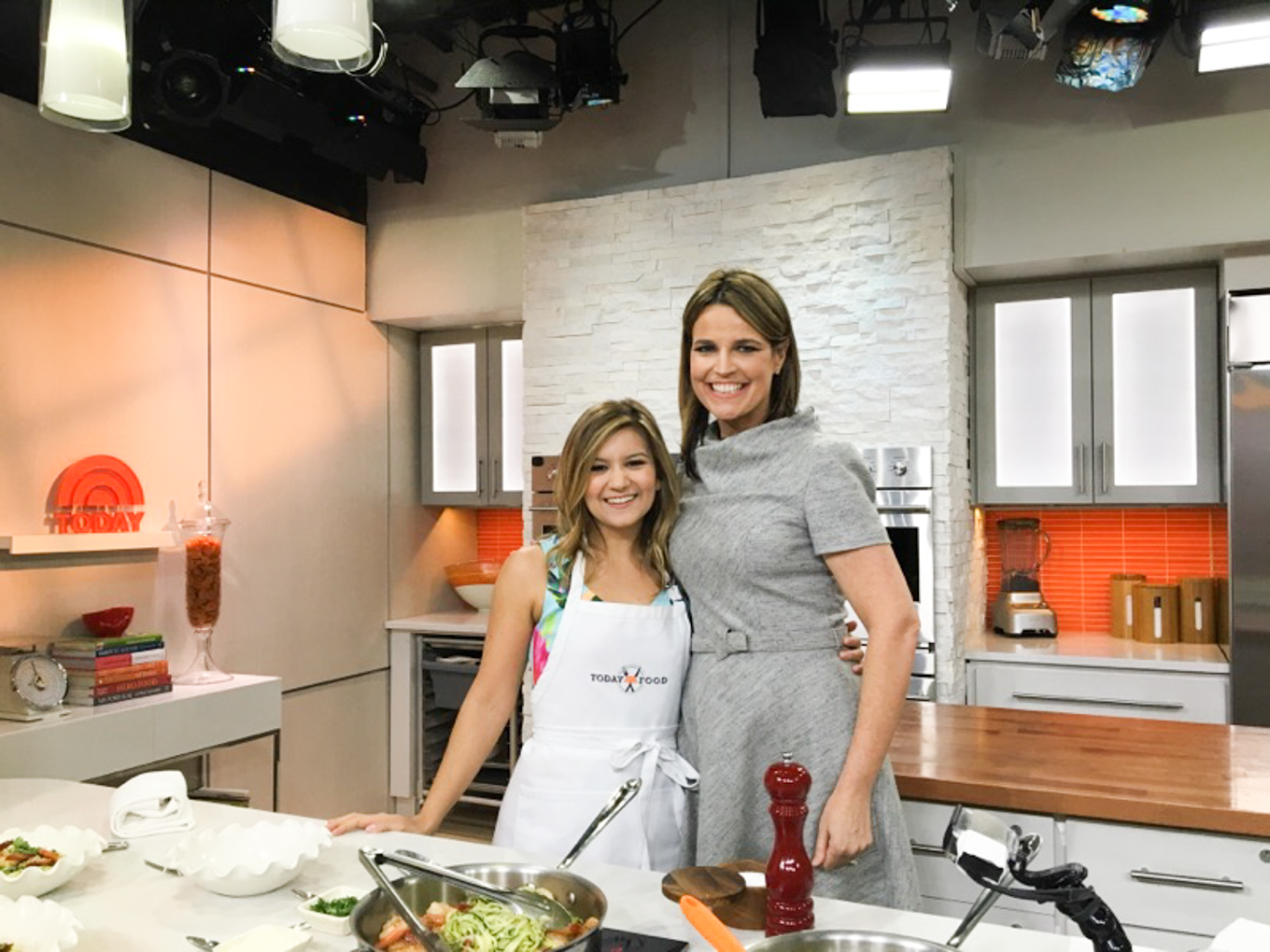 And just like that, it was over! I got to keep the Today Show mug that we had on set (gonna use it every morning forever, obviously), and I made my way back to my hotel to schedule some social posts… and that’s when I realized how many texts, calls, comments, general LOVE from all of you wonderful people! The support was overwhelming and I couldn’t be more grateful for all of you. For real. 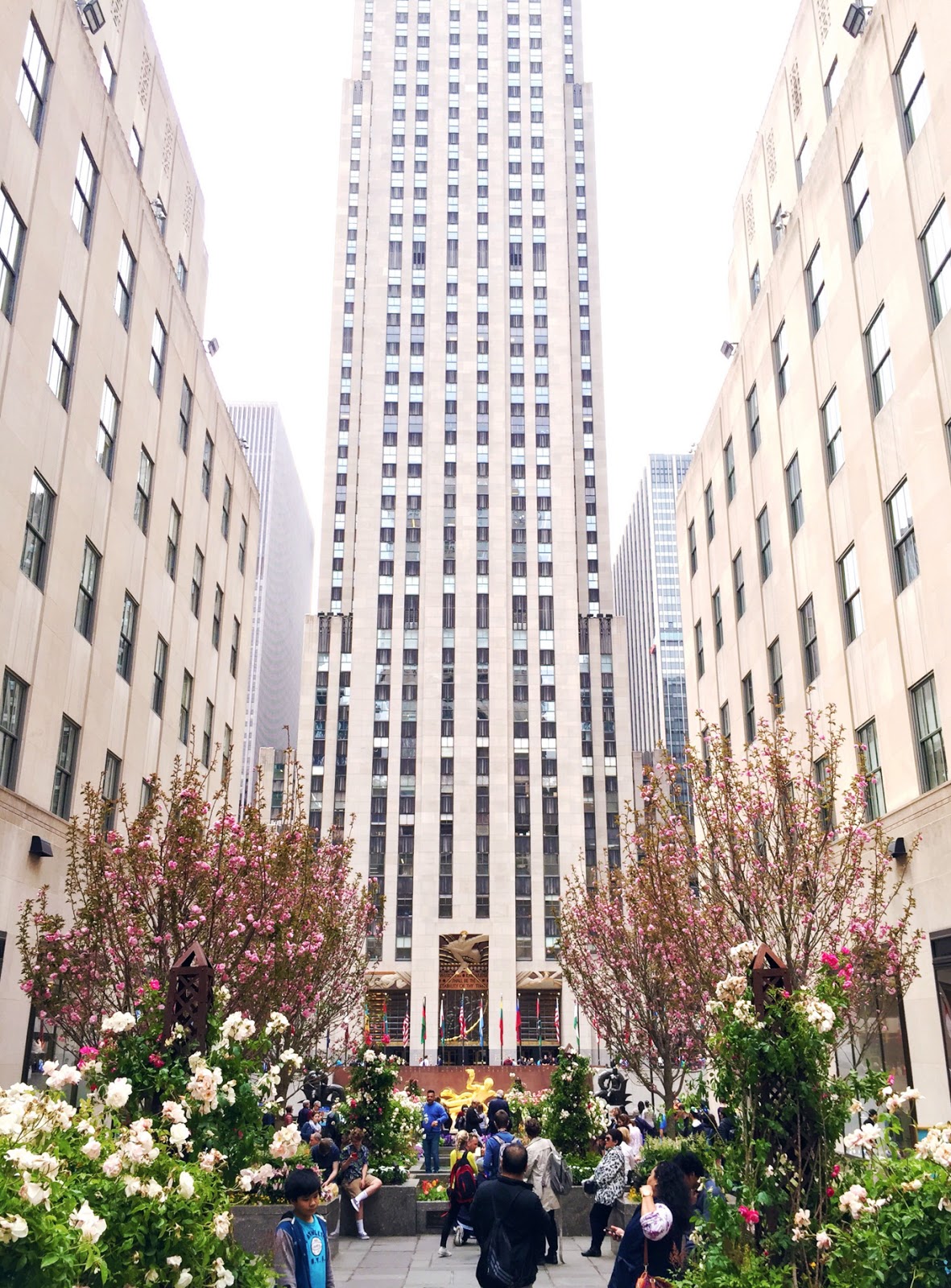 Once I collected myself, I knew I had to get out. One of my meetings got cancelled, plus my room was small, it was a beautiful day, and I was hungry, which meant it was definitely my shot to try out By Chloe in the West Village! FINALLY!

By Chloe is a super trendy new restaurant with beautiful Instagram worthy food… that also happens to be vegan! This is the kind of food I nerd out about – creative, healthy and insanely delicious. I tried the Spicy Thai Salad, Air Baked Fries (half regular/half sweet) and coffee with their homemade cashew and almond cream. HEART EYES. 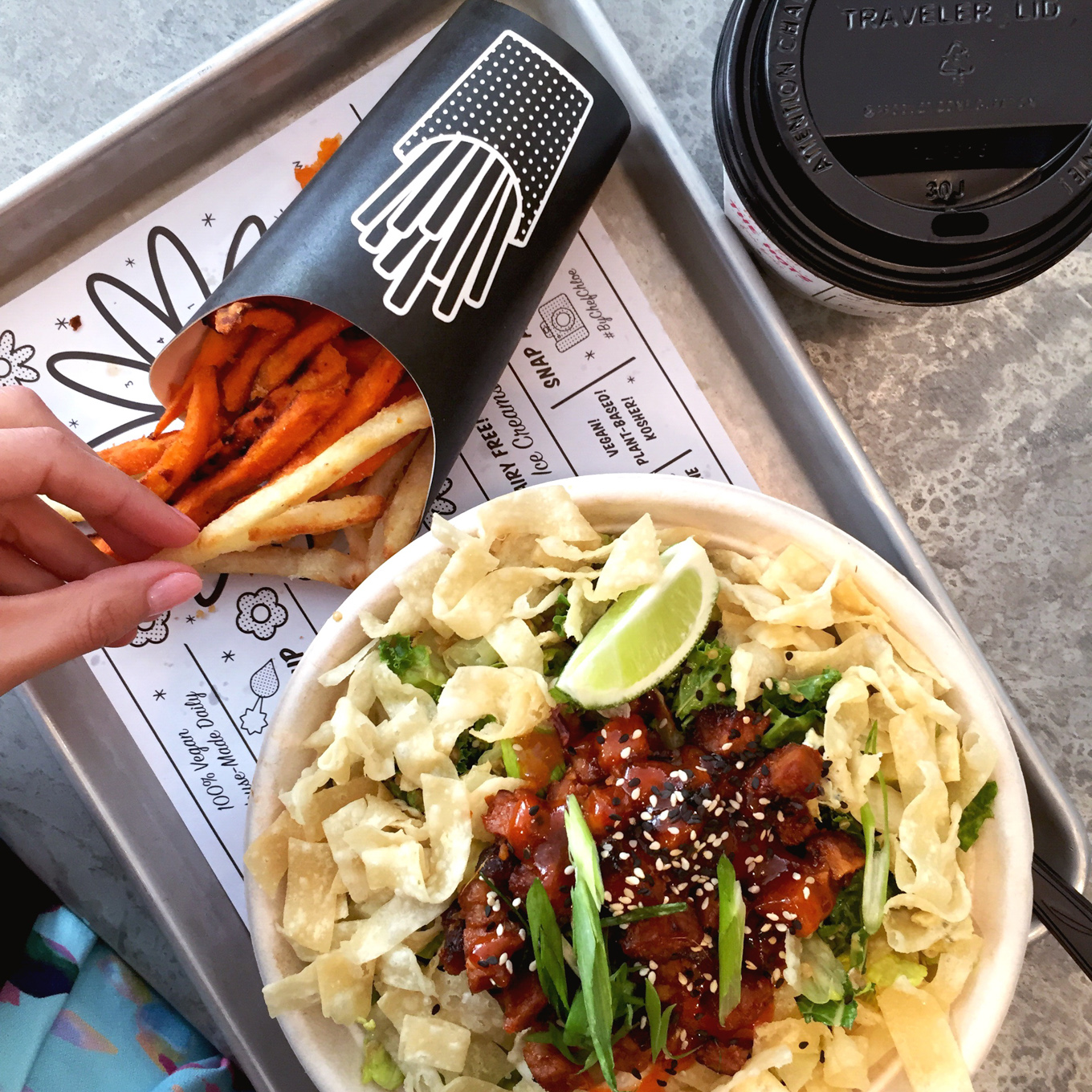 It was also supposed to rain all day, so when the sun came out in the village, I could barely contain my happiness. 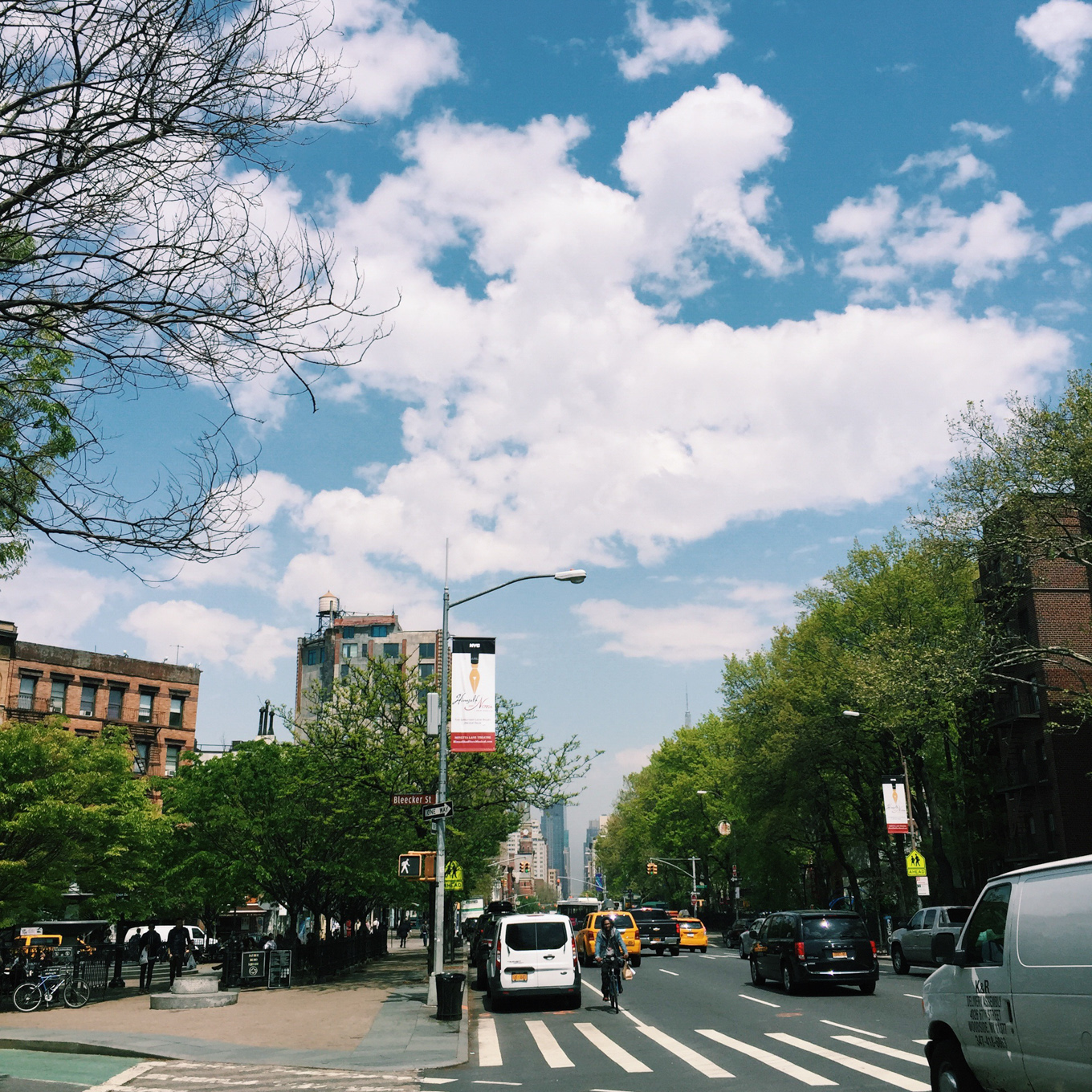 Annnd as if the day couldn’t GET any better, my friend Kate came into the city from Connecticut for the evening. It started to rain right as she arrived, so we went straight to one of our favorite restaurants, Westville, for drinks and dinner. After that, we saw Hamilton – thanks to my beautiful wonderful amazing friend that works on the show. I felt so lucky to get the chance to see it – this show is completely stunning. I had been listening to the soundtrack a lot and it was still even better than I thought it as going to be. Chicago, get ready! It’s coming here in September!! 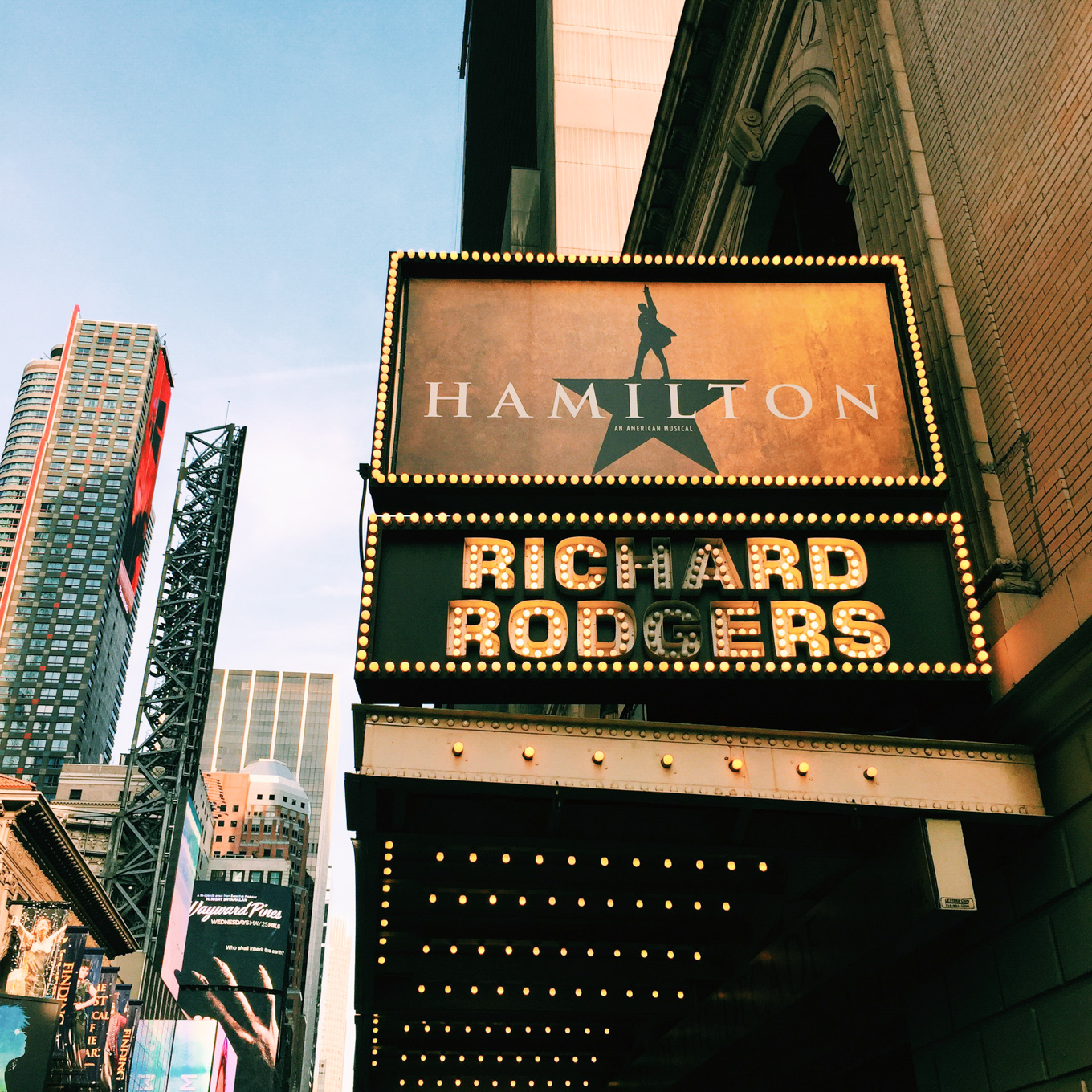 Like I said, best day EVER.
There will be more details about the dress I wore coming soon, too – I promise!

What To Do In Saugatuck Michigan

How To Plan A Trip To Rome Italy

What To Do In Florence Italy