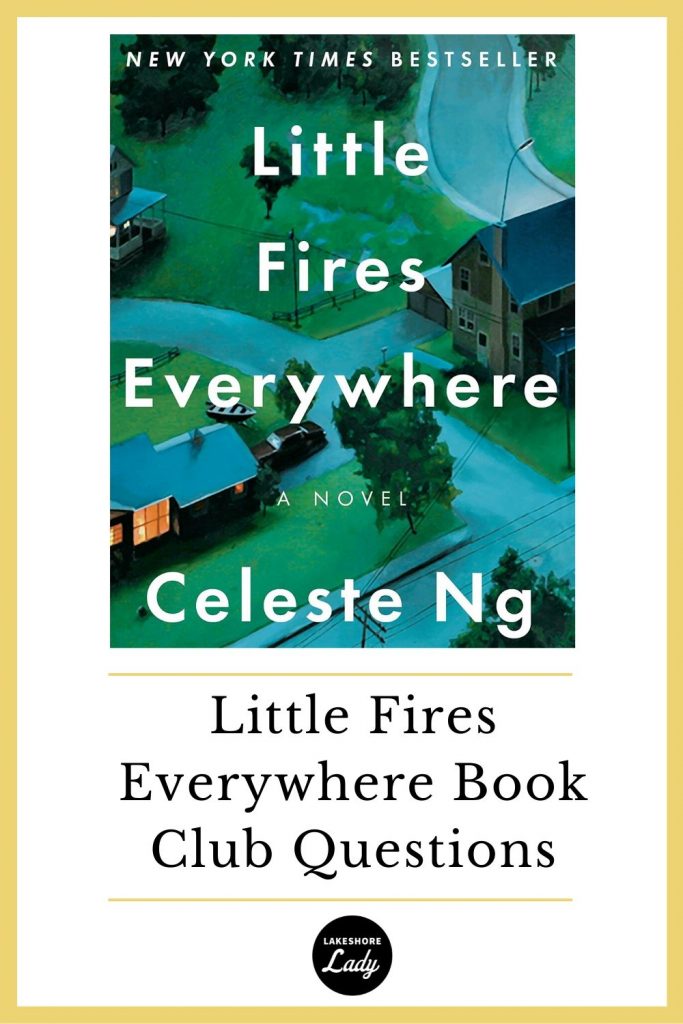 Hey friends! How are we holding up? Honestly, the only reason I know what day it is today is because a new episode of Little Fires Everywhere is on tonight… therefore, Happy Wednesday! ?

As many of you already know, Little Fires Everywhere was my March Book Club pick because I wanted to read it before the miniseries started. I found the book to be a little bit of a slow burn at first (no pun intended!), but by the end, I realized I was SO invested in all of the characters.

The story takes place in Shaker Heights, a suburb where everything has been planned as much as possible to avoid the unexpected. Elena Richardson, and her perfect family, are the embodiment of those ideals. We meet them while they are living their seemingly perfect lives… and then Mia and her teenage daughter Pearl come to town.

Mia is an artist and single mother who never stays in one place for long… the opposite of Elena. Yet their lives intertwine when Mia rents a house from the Richardsons. Pearl becomes friends with Elena’s son Moody, and soon starts spending time at the Richardson’s house, bonding with their family nearly every day.

The plot really starts to unfold when we learn that family friends of the Richardson’s are attempting to adopt a Chinese-American baby, though. Mia knows who the baby’s real mother is, and the press picks up on the case. Everyone in the town seems to have different opinions about it – including Elena and Mia. And as Elena questions Mia’s motives and tries to uncover secrets about her past, more chaos unfolds around the two of them.

Feel free to print these questions out and bring it to your local book club meeting (once we can all meet in person again!), share some thoughts in the comments of this post, or participate in the discussion in my Lake Shore Lady Community Group! And if you’re also local, a bunch of gals have created their own LSL Chicago Book Club! Request to join their Facebook group to find out more about their in person meetings when they start again!

Since there is a LOT going on in the world right now, I thought I’d pick something really light and fun for April… so my pick is Our Stop by Laura Jane Williams! It’s described as a hilarious, heartwarming romantic comedy and it takes place in London. The book starts by revealing a missed connection post in their daily paper that our main man wrote about our leading lady. I haven’t finished yet, but it’s adorable and sweet and the perfect escape. Anyone want to read it with me and discuss next month?! Woooo!

Peloton Bike Alternative How To Give Back During Coronavirus

‘Majesty’ by Katharine McGee + My Book Club Pick for October!

‘One To Watch” By Kate Stayman-London Questions + My September Book Club Pick!