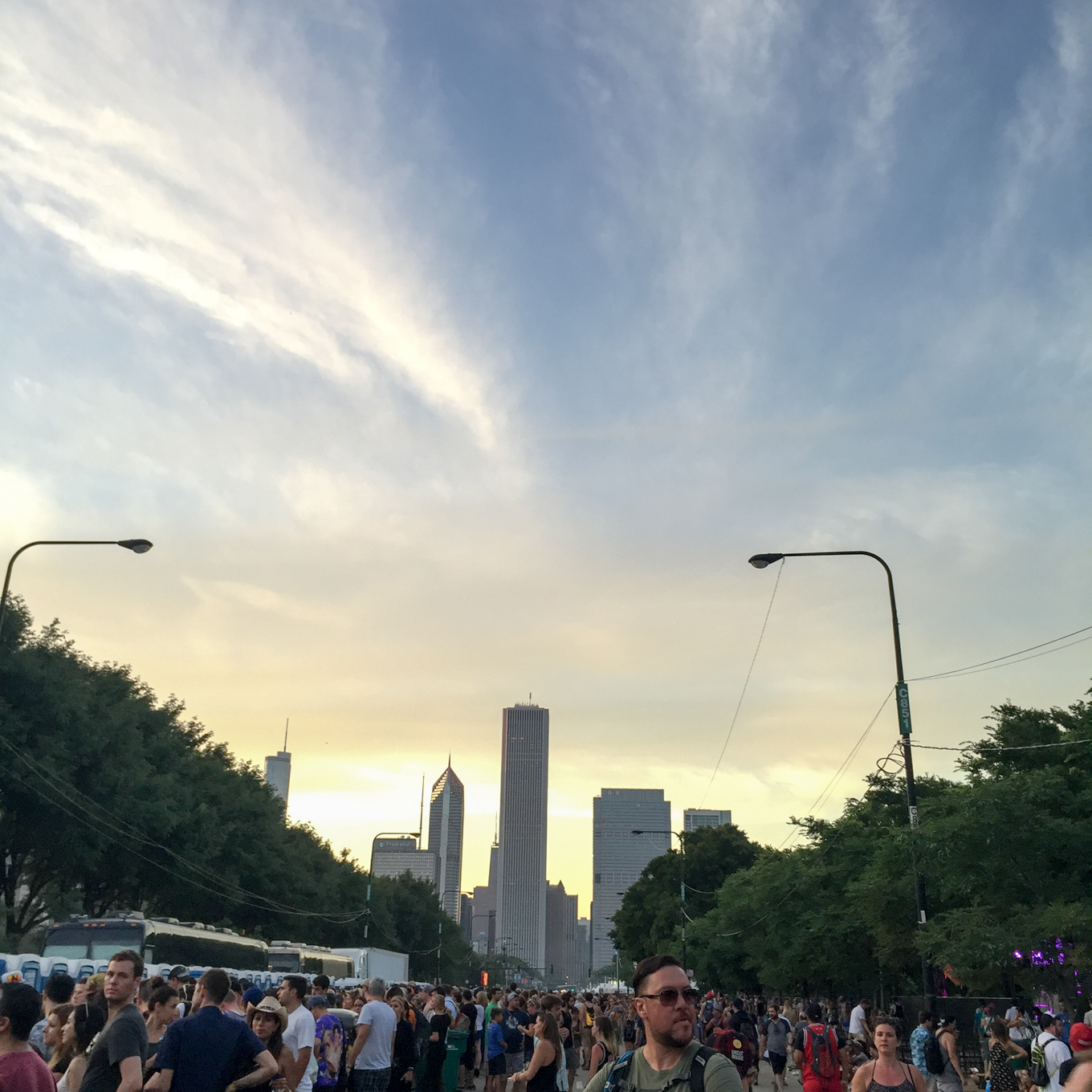 A few years ago, I had never been to a music festival. Ever. I’m not really the kind of hippie, non-showering, sleep in a tent type of gal… but I love music!! So when I moved to Chicago, I realized I could go to Lolla for one day or multiple days depending on my mood that year/the lineups AND at the end of each one, I could go home and SHOWER and sleep in my own bed. Helloooo my kind of music festival!

It was last year that really got me hooked. Going with fun and upbeat people is key – and good weather doesn’t hurt either. Add some good tunes + our skyline as the backdrop and I’m good to GO. 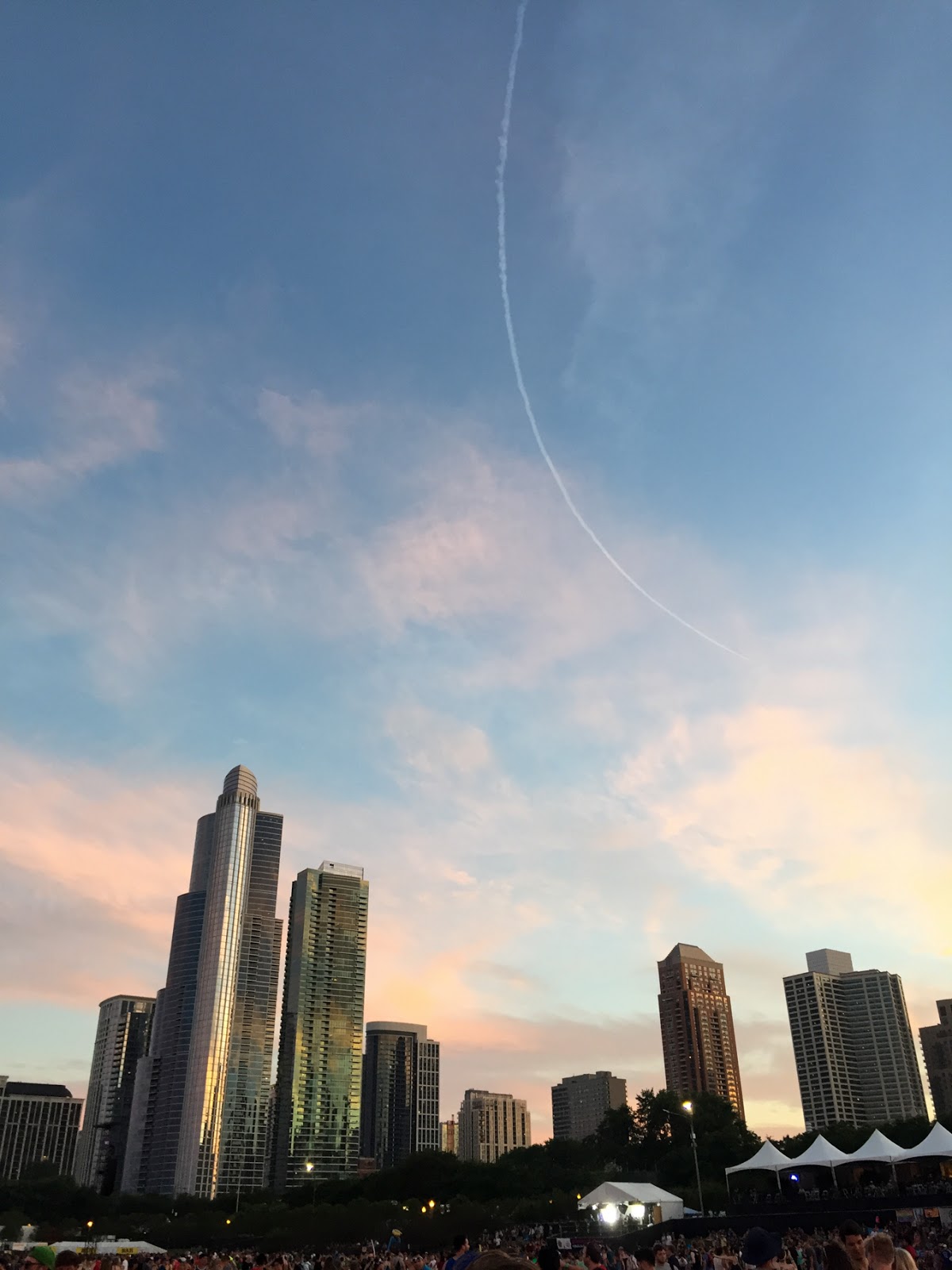 I’ve never done all 3 days (that’s a LOT), so when we realized we could only go on Sunday this year, it wasn’t the worst thing in the world. For those of you who don’t follow over on Instagram or Snapchat (lakeshorelady), last weekend was also Ali’s Bachelorette Weekend! Luckily, Ali was just as psyched about the Sunday lineup as I was, so a bunch of her friends continued the party from Michigan all the way to Grant Park. 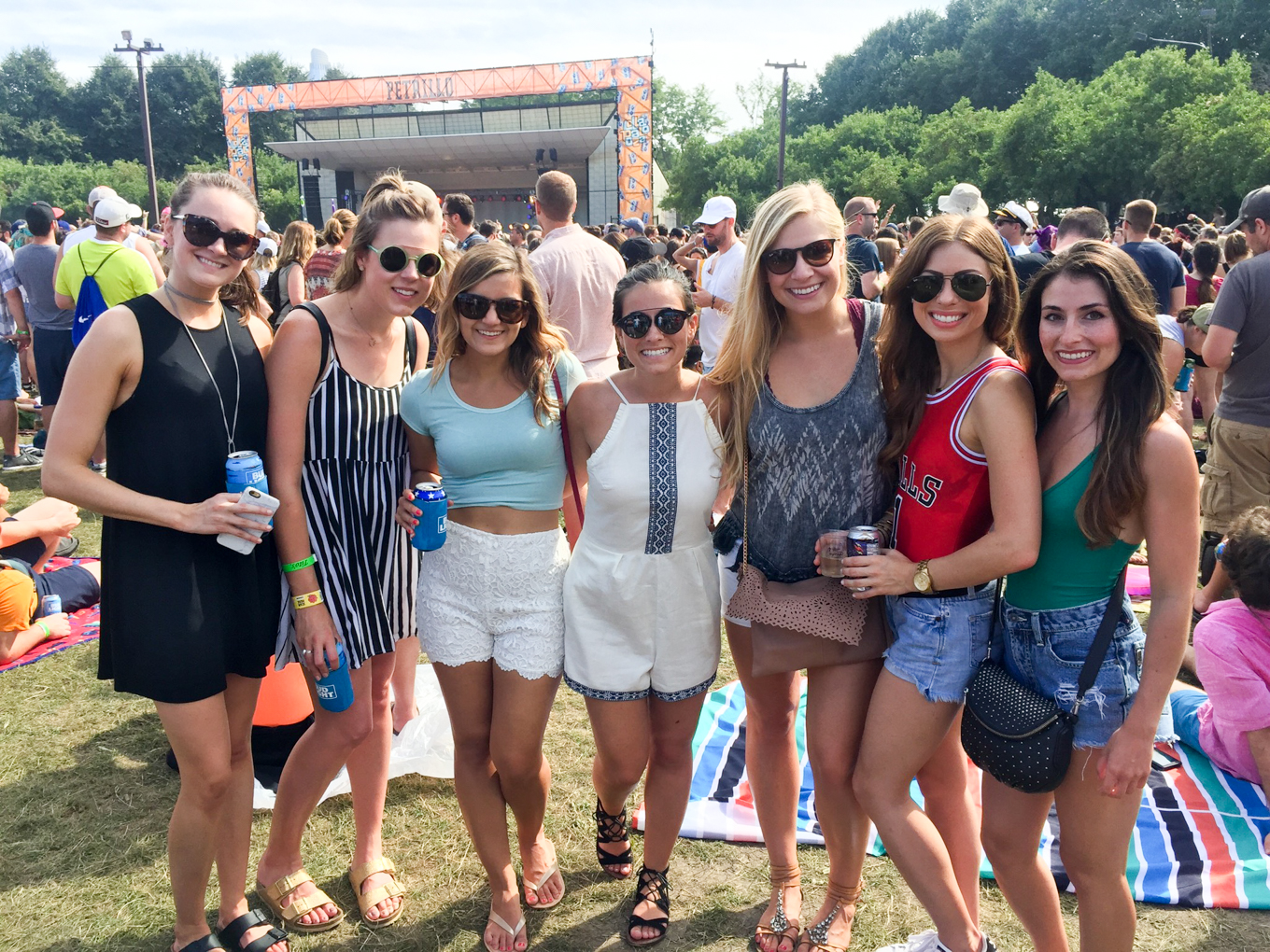 After Third Eye Blind, we all decided we should eat something before the beer and heat got the best of us 😉 I had already been eating like crap all weekend, so I figured I’d go for the Truffle Mac & Cheese from Franks n Dawgs. SO GOOD. 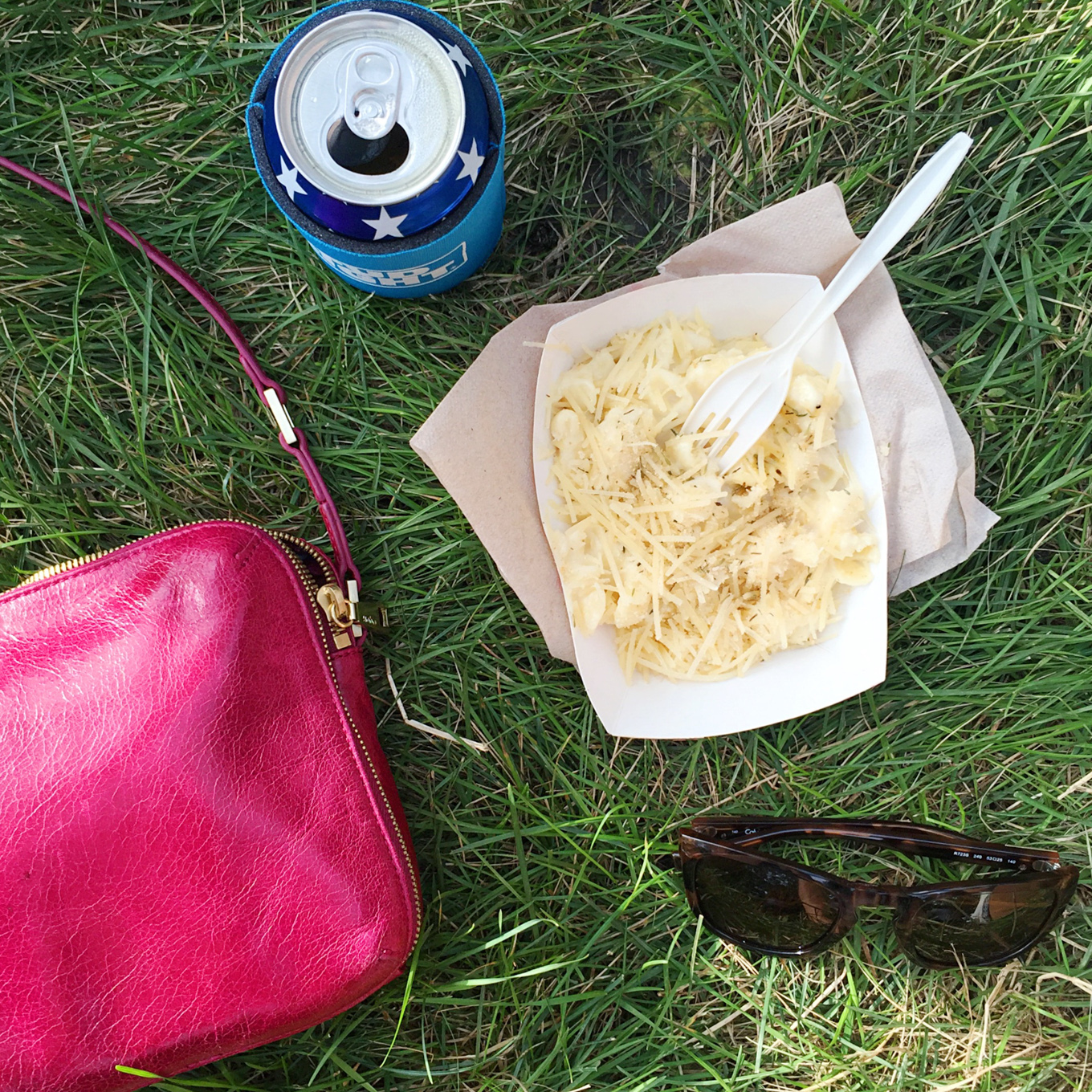 Then after we ate, it was really time to do some SERIOUS groovin.

Flume totally exceeded my expectations – it was like the best dance party with all of my favorite songs… all of which have been on repeat since Sunday! As for the headliners, we started at LCD Soundsystem, but made the trek back over for Ellie Goulding to close out the night. Those stages definitely aren’t close together, but I love that we got to see both artists!

So why am I posting about this? Well, I realized I wanted to do a quick recap of my day here on the blog because, of course, I understand that this festival isn’t for everyone!! And yes, I too get uncomfortable when I see teenagers on drugs or people passed out in the lawn. And duh – I totally understand why some people feel like they’re too old to go… BUT it’s also a chance to see a bunch of amazing artists in a beautiful city, maybe even with a FULL 360 degree sunset all around you. I mean… you’re NEVER too old for that, right?! 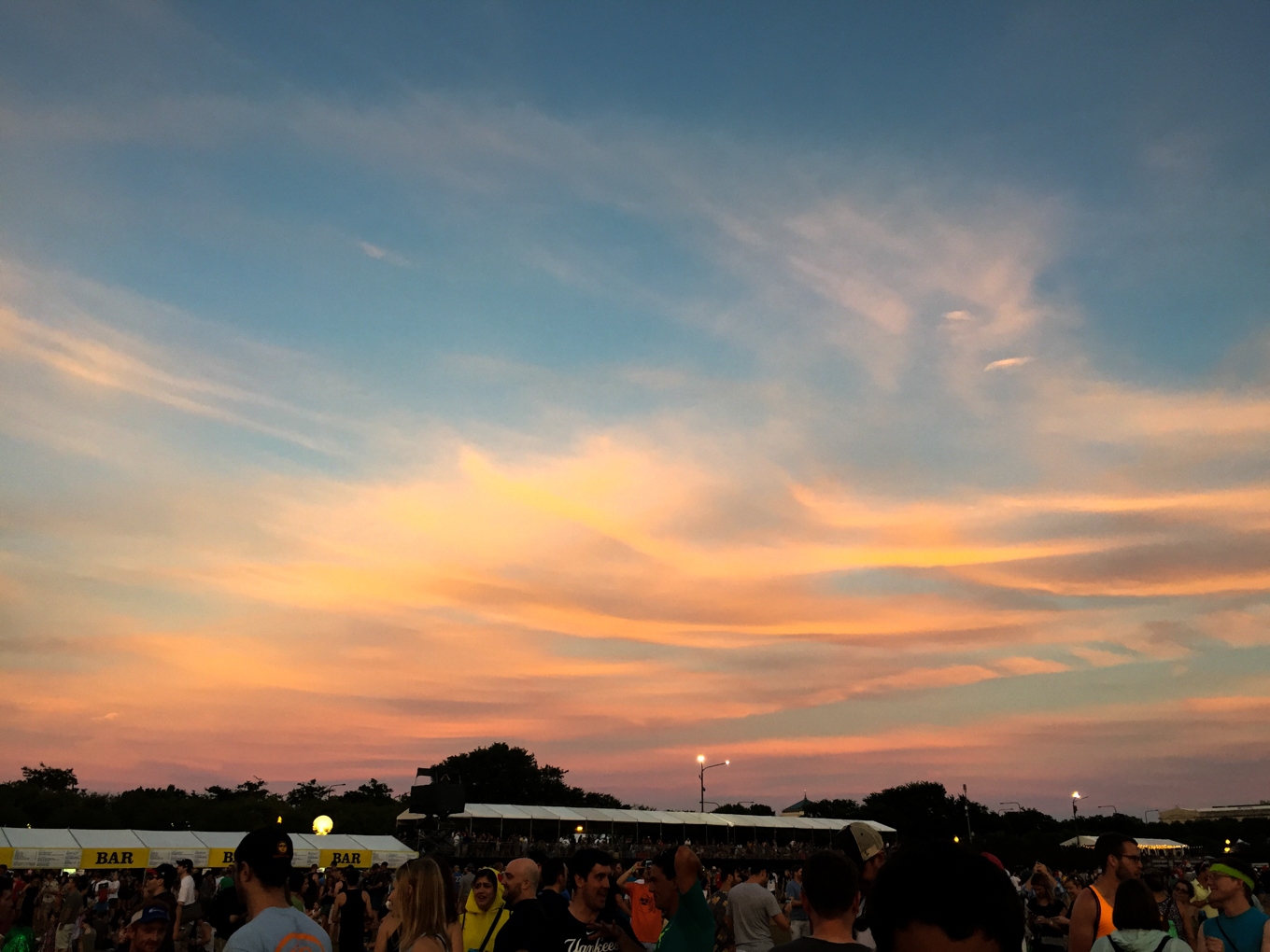 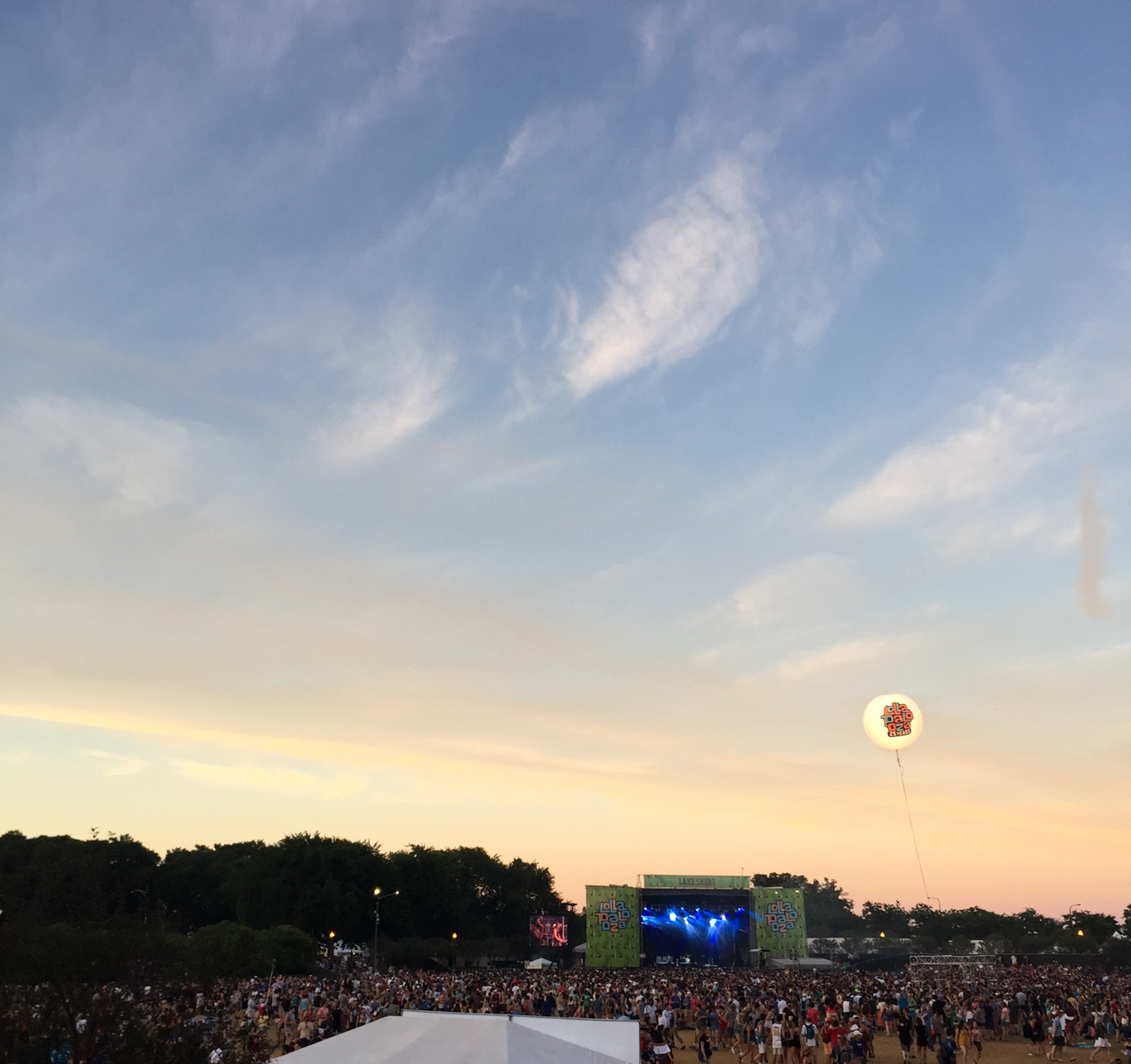 All in all, the combination of the electric energy, Ellie Goulding singing Anything Could Happen, and the skyline of a city that has opened up so much for me… it gives me ALL THE FEELS just thinking about it!! 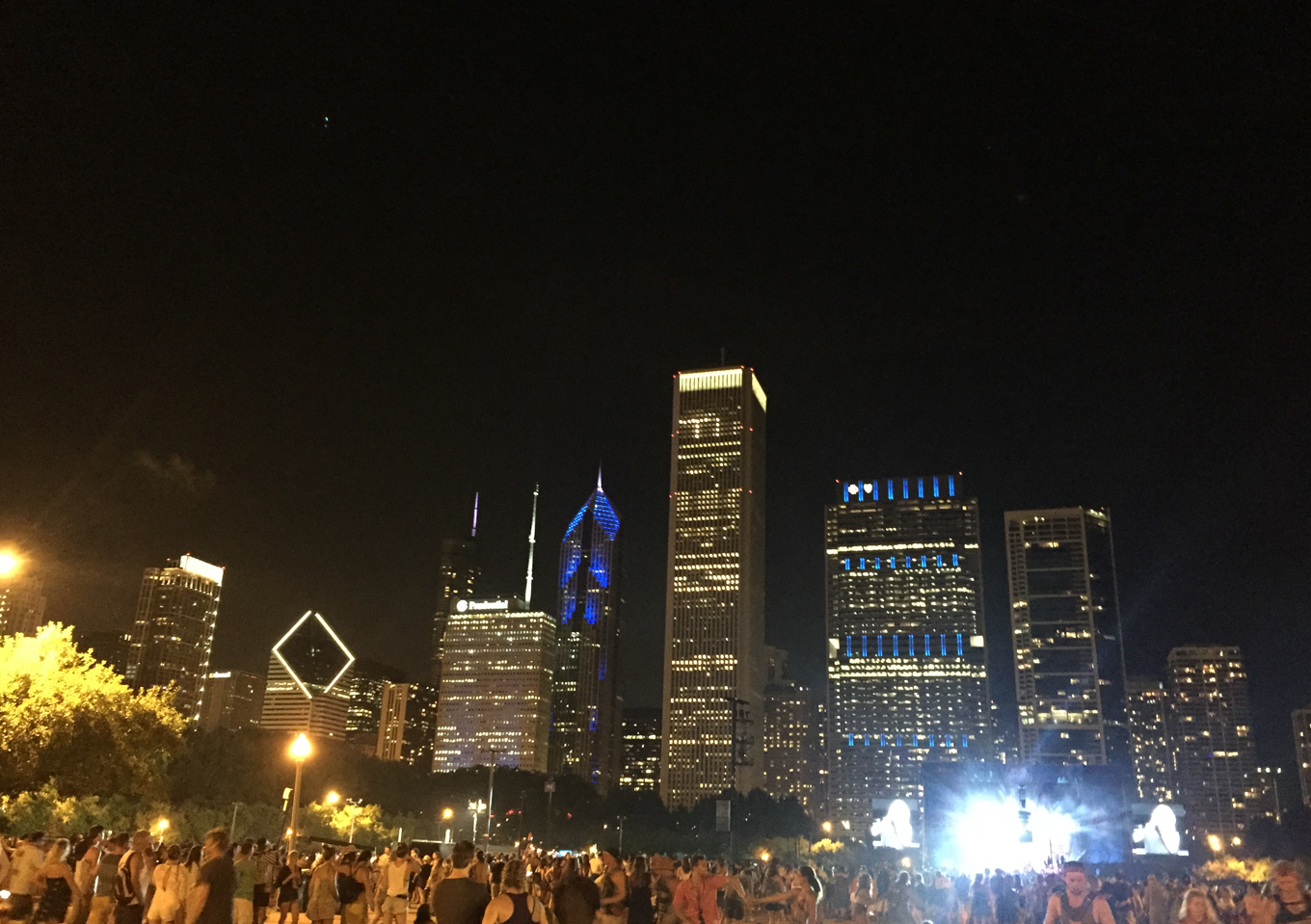 Have any of you had a similar experience?

Have you ever been/do you go every year? I wanna know!!

Weekend Guide to Chicago in the Summer