One of my favorite brands, EcoTools, reached out to tell me about their recent collaboration with Glamour’s The Girl Project. Their mission? To start a conversation about women’s empowerment.
For every message about women’s empowerment that is shared on social media tagging #MyTrueBeauty @ecotools, they will donate $1 to The Girl Project (up to $100,000!). So what’s The Girl Project? Good question. It’s Glamour‘s global philanthropic initiative, which works to offer programs that support everything, both little and big, that girls need to finish their education. Editor-in-Chief, Cindi Leive, explains that “just $5 can buy a girl in the United States the pencils and notebooks she needs for the semester, and just $150 can help pay for an entire year of tuition for a girl in a developing country.” They even got Sophia Bush on board. “I’ve collaborated with EcoTools and The Girl Project to help inspire women to empower one another,” said Bush. “Whether sending a note of encouragement or volunteering and contributing to a great organization, this is an opportunity for women to raise our collective voice for those who feel they don’t have one. We need to let women know empowerment starts on the inside and begins with being comfortable and confident in our own skin. That’s what make the world a truly beautiful place.” 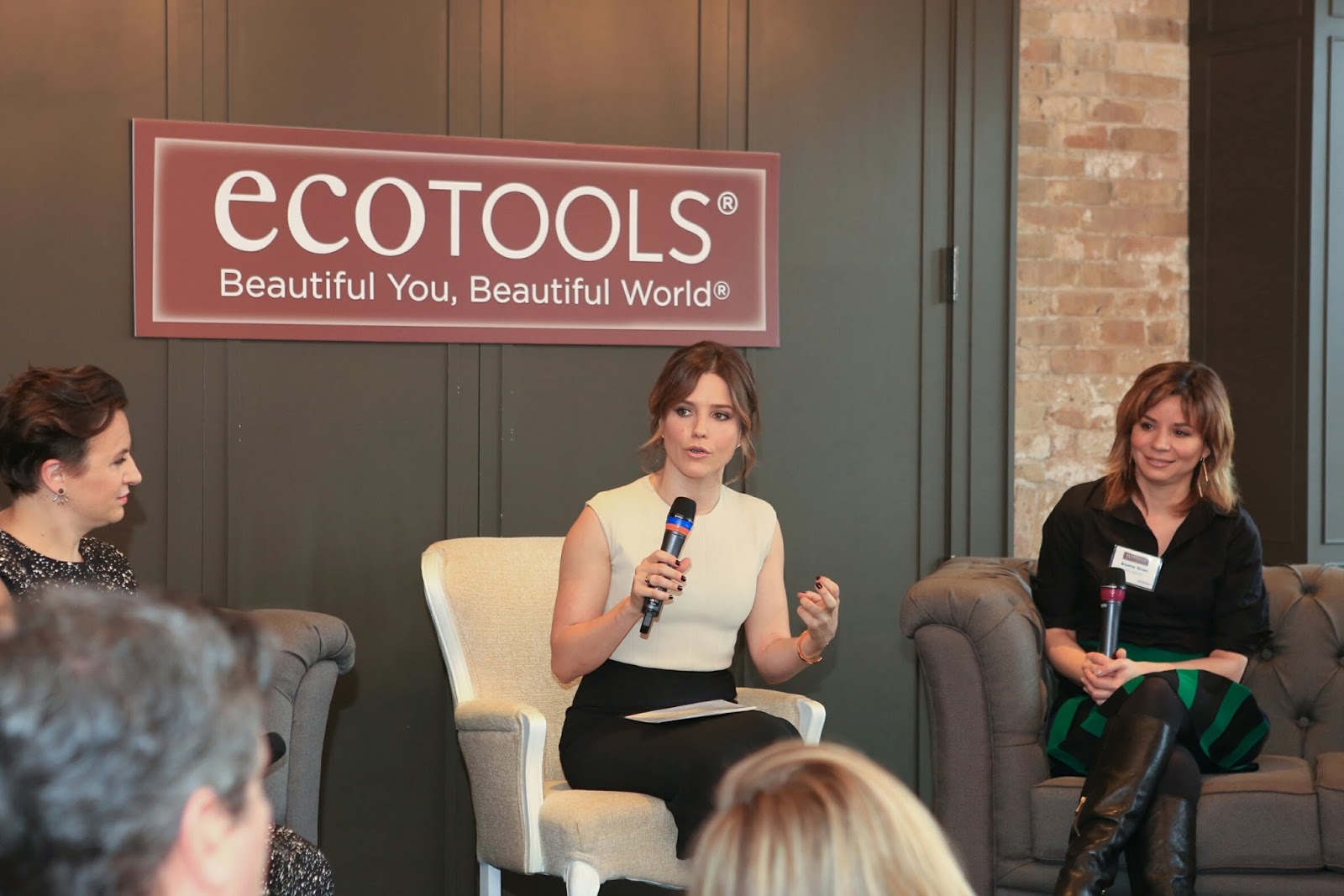 They held a panel about this topic here in Chicago when I was out in LA, but even though I couldn’t make it, my pals over at EcoTools sent me the questions that they would have asked had I been there. I thought it might be fun for you guys to hear what I might have said! Here we go:

Q: When do you feel most beautiful?

A: Honestly, you might be sick of hearing me talk about this, but I feel most beautiful when I’m practicing yoga. Sure, I feel it in the room (yes, even when I’m sweaty with no makeup on – which is saying something haha), but I feel it even more after I leave. Tapping into that sense of strength helps me center myself and push negative or insecure thoughts aside. And then, when I put on my makeup and a pretty dress, I know that even though those things make me feel beautiful in a real but more superficial way, I’m also cool with what’s underneath.

Q: What can people do to change the conversation around women’s empowerment?

A: It boggles my mind that there are people in this world who are actively and intentionally discriminatory or racist or sexist or willing to put others down. It makes me feel very lucky that I was raised by parents who made me believe that I was capable of just as much as anyone else. It also makes me thankful that I’ve lived in cities my whole adult life, where I’ve met countless amounts of women who are focused on being confident, creative, smart and successful. I honestly forget sometimes that so much of the world, so much of this country, doesn’t think that way. So, when we talk about changing the conversation, I think it’s more about HAVING the conversation. If their parents and communities aren’t telling young girls that they can achieve anything they set their mind to, WE can. We can be examples and we can celebrate each others successes and support and encourage each other instead of tearing each other down or feeding in to stereotypes.

Q: What do you think of the word “feminism.” Do you think the word has been given a bad rap?

A: Yes, it has been given a bad rap! People equate it with hippies or complainers or “man-haters” when that’s not what it’s about at ALL. At least not to me. Luckily, two incredible women have used their celebrity status over the past few years to talk about feminism in a way that has never really been done before. Yes, I’m talking about Emma Watson and Beyonce. Are you really surprised??

If you haven’t watched Emma Watson’s UN Speech, you should. She so eloquently explains that it has nothing to do with separating the sexes and everything to do with mutual respect. She explains that is not about the WORD, it’s about the IDEA that some women are lucky enough to be treated with equality, but that is not the norm around the world. The people in her life who supported her, like the people that have supported me (see answer above) are, in fact, inadvertent feminists. And that’s who we need more of in the world. It’s not a bad word and it’s not about burning bras. It’s about equality.

And then there’s Beyonce. I mean, REMEMBER THIS?! Not gonna lie, my view of feminism totally shifted when I equated someone like her with the word. She’s talented, powerful, successful, sexy, in love with her husband, a proud mother to her child… and she’s still doin’ it for her own self. One of my favorite things she’s ever done is when she took excerpts from Chimamanda Ngozi Adichie’s Ted Talks Speech and inserted them into her song “Flawless.” I definitely got chills when I first heard it.

“We teach girls to shrink themselves, to make themselves smaller. We say to girls ‘You can have ambition, but not too much. You should aim to be successful, but not too successful, otherwise you will threaten the man.’ Because I am female, I am expected to aspire to marriage. I am expected to make my life choices always keeping in mind that marriage is the most important. Now, marriage can be a source of joy and love and mutual support, but why do we teach girls to aspire to marriage and we don’t teach boys the same? We raise girls to see each other as competitors. Not for jobs or for accomplishments, which I think can be a good thing, but for the attention of men. We teach girls that they cannot be sexual beings in the way that boys are. Feminist: the person who believes in the social, political and economic equality of the sexes.” 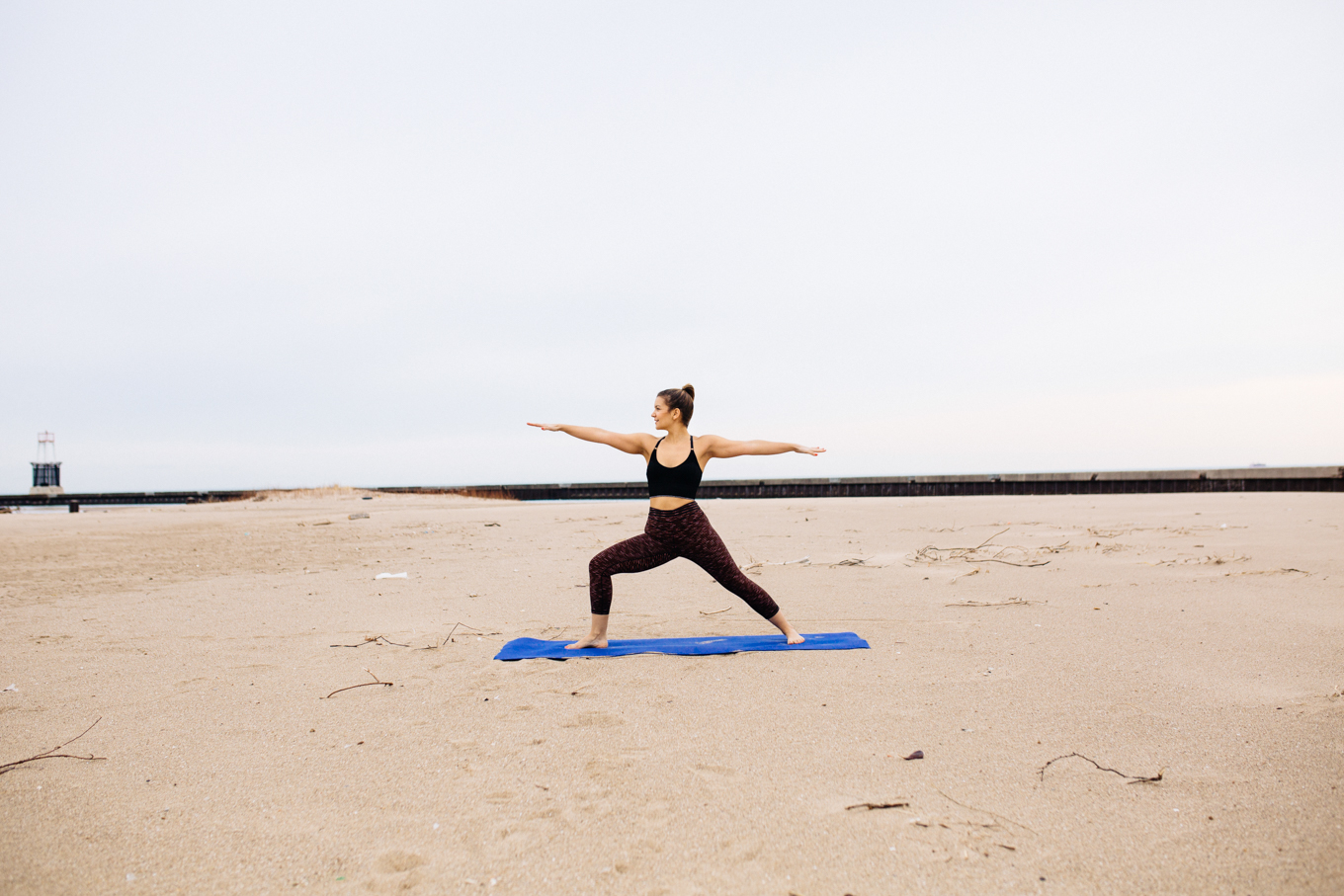 All in all, I think female empowerment is really about plain old empowerment… because what makes anyone feel empowered? It’s about being a good person, being true to yourself, being treated with respect, getting fair compensation, a fair shot… and generally feeling in control of your own LIFE. I also think that if you’ve been blessed with the opportunities and the support to live this kind of life, it’s your responsibility to not only live it, but to encourage others to continue that way of thinking.

When I lived in New York, I had to deal with a few very inappropriate and violating cat calls that I can still remember vividly. I remember thinking, what makes them think that this is okay? What if his mother or father or society explained to him that women aren’t objects to sexualize? And on the flip side, there’s a reason why Mean Girls is such a classic movie. Yes, it’s hilarious – but there’s truth in it. So many of us resonate with experiences of girls tearing down other girls by picking out what’s wrong with their bodies, clothes or hair. I believe that this behavior, this way of thinking in both cases, is taught and passed down. And as I get older, all of it just seems so silly. Couldn’t this cycle so easily be broken? Why shouldn’t we all be equal?

What do you guys think?

*This post was sponsored by EcoTools and #MyTrueBeauty.
Thank you for supporting the companies that make Lake Shore Lady possible!