Now that it’s officially summer, it’s officially time for picnics, fireworks, warm nights outside, and of course – s’mores! But since s’mores are hard to bring to a party, Escoffier Online and I decided to whip up a version that’s still full of nostalgia, but just a liiiitle easier to share. Check it out! 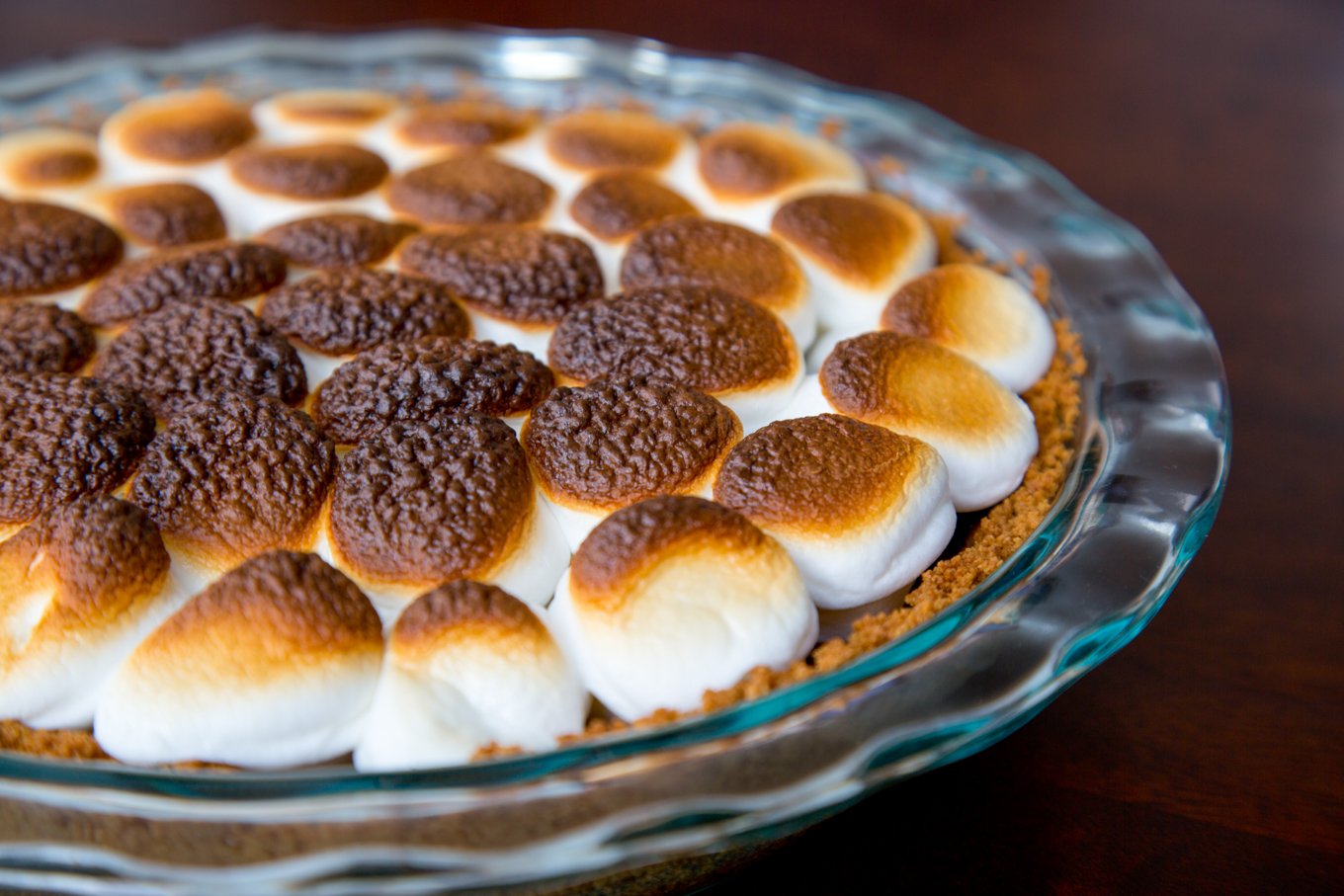 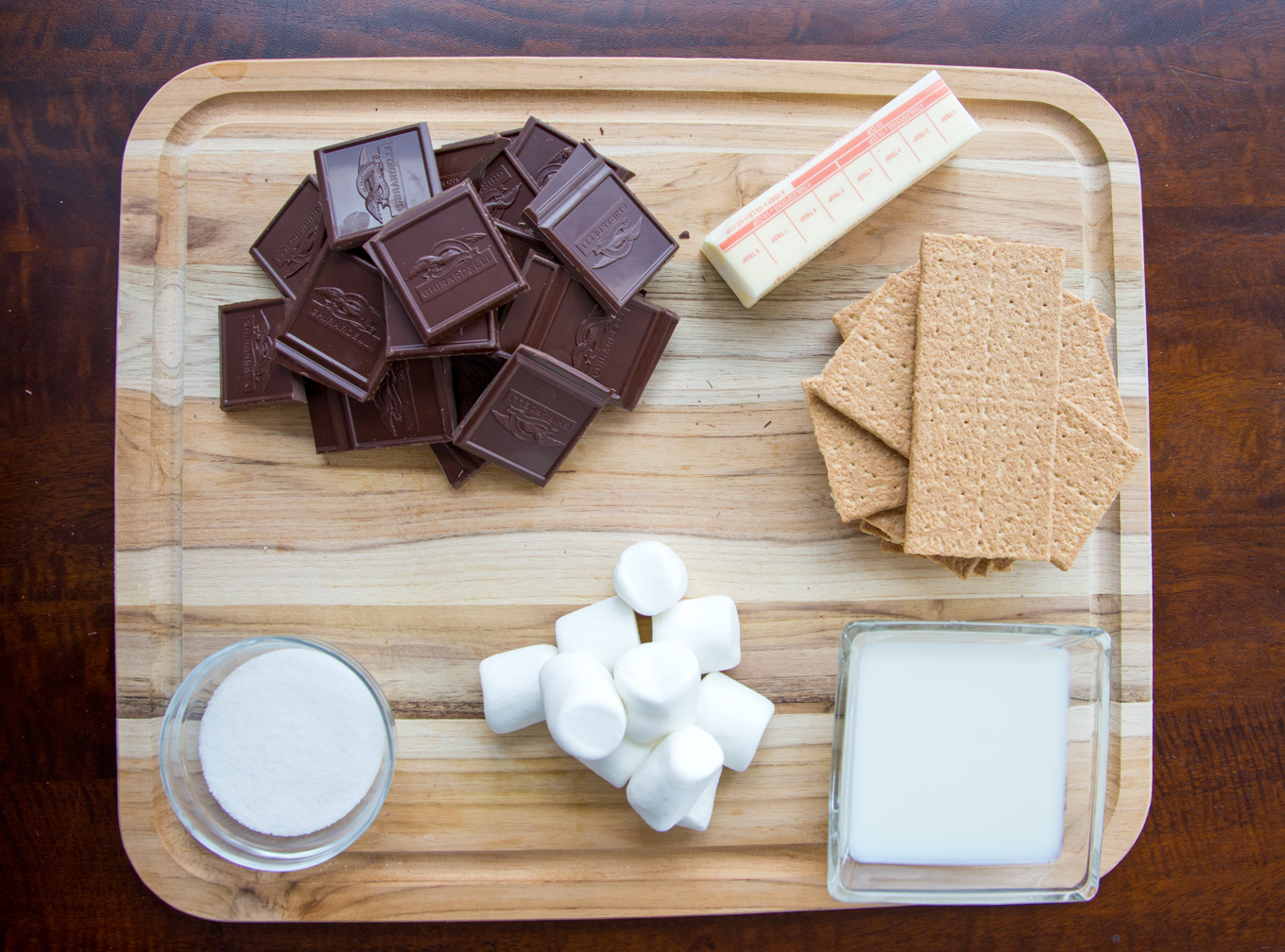 Preheat oven to 375F. Using a food processor, pulse graham crackers until finely chopped. Add in the melted butter and pulse a couple more times until mixed. Firmly press mixture to bottom and sides of a 9-inch pie plate. Bake for about 8-10 minutes. Remove and let it cool completely. 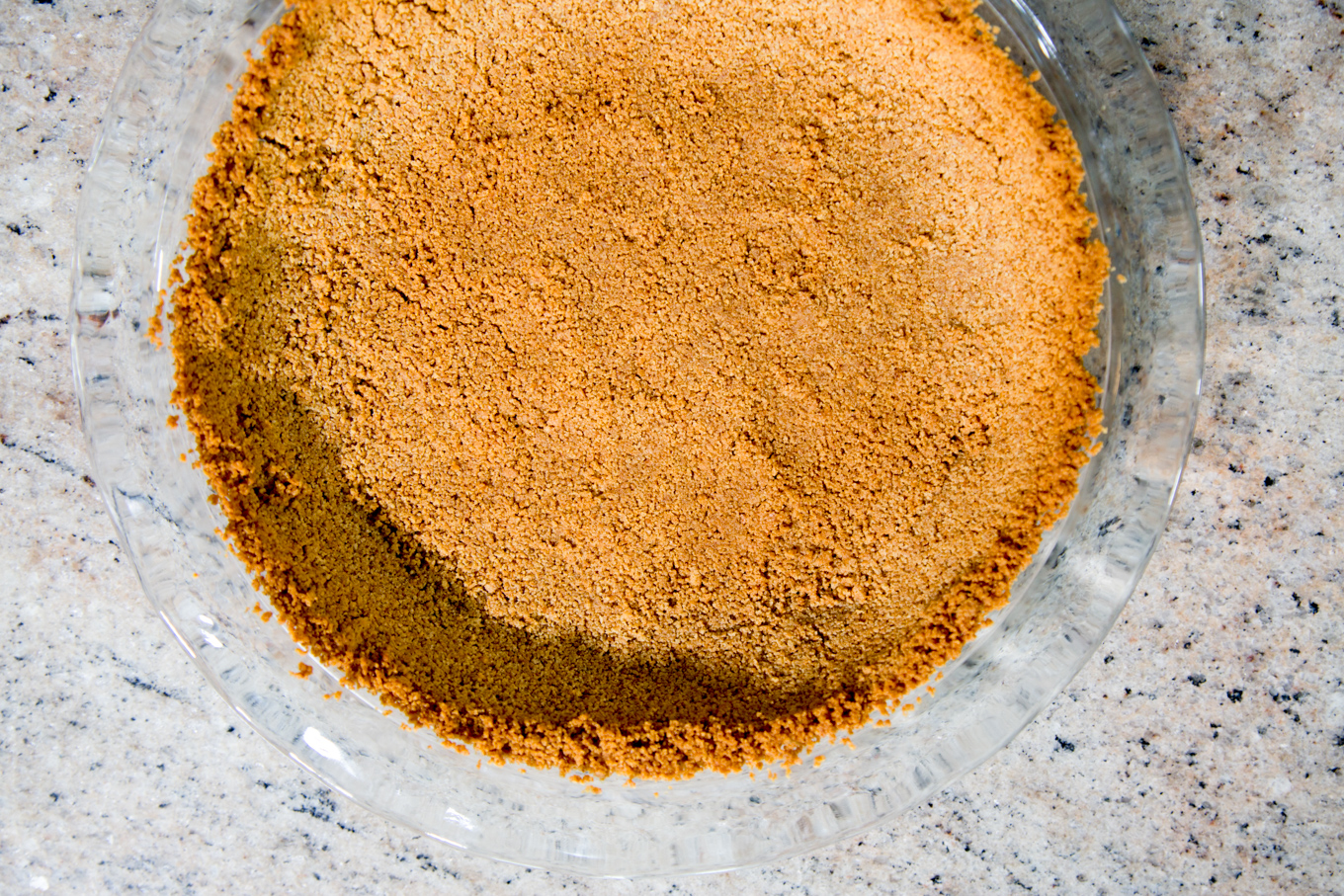 While that cools, make the filling! In a large mixing bowl, add in the chopped chocolate, butter and a pinch of salt. In a saucepan, heat cream and sugar over medium heat until it starts to simmer. Pour the cream into the chocolate and mix until everything is melted and combined. Pour that chocolate mixture into your cooled pie crust. Cover with tinfoil and let chill for about an hour. 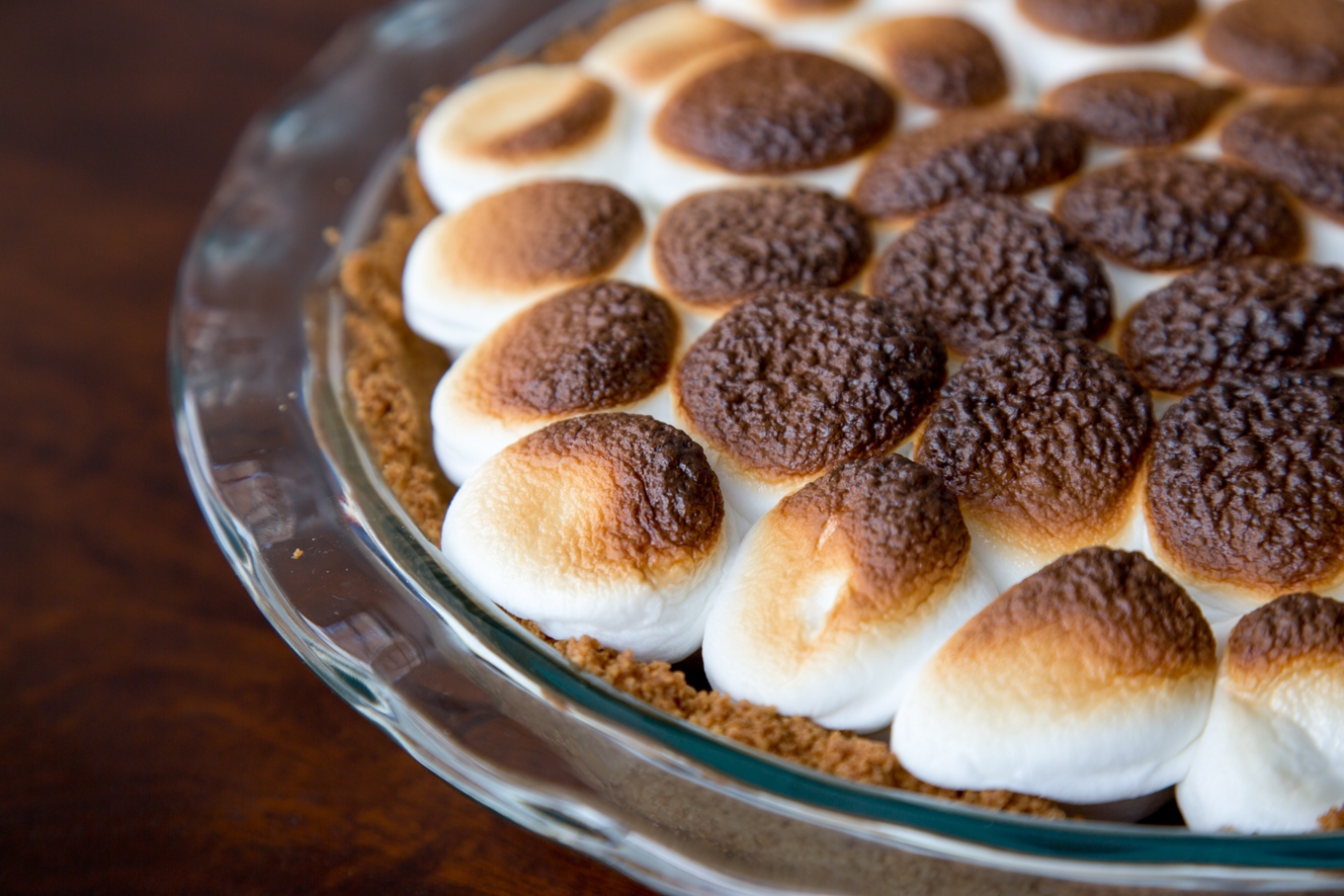 When the pie is ready to be served, top the chocolate filling with marshmallows, firmly planting them on top of the filling all the way around. Place the pie under your oven’s broiler for approximately 30 seconds, or until the marshmallows have browned on top. A kitchen torch could also do the trick, if you have one! 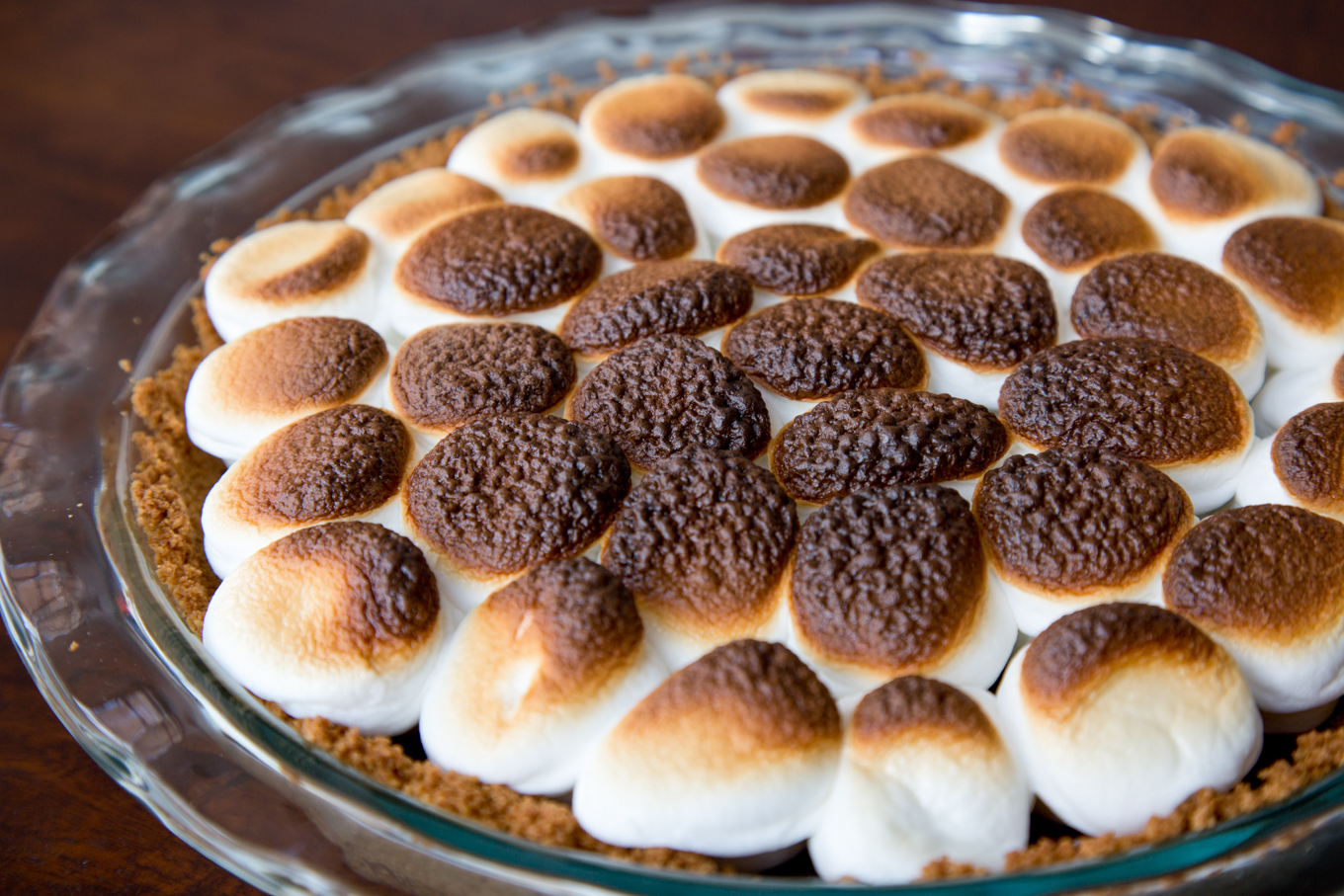