Snowed In: What to Watch on Netflix

If you live in Chicago (or really anywhere that’s been dealing with lots of snow and dangerously low temperatures), you’ve probably been spending a lot of time indoors. I don’t know about you, but when I find myself bored and stuck inside, I turn to Netflix. Here’s what you should be watching: 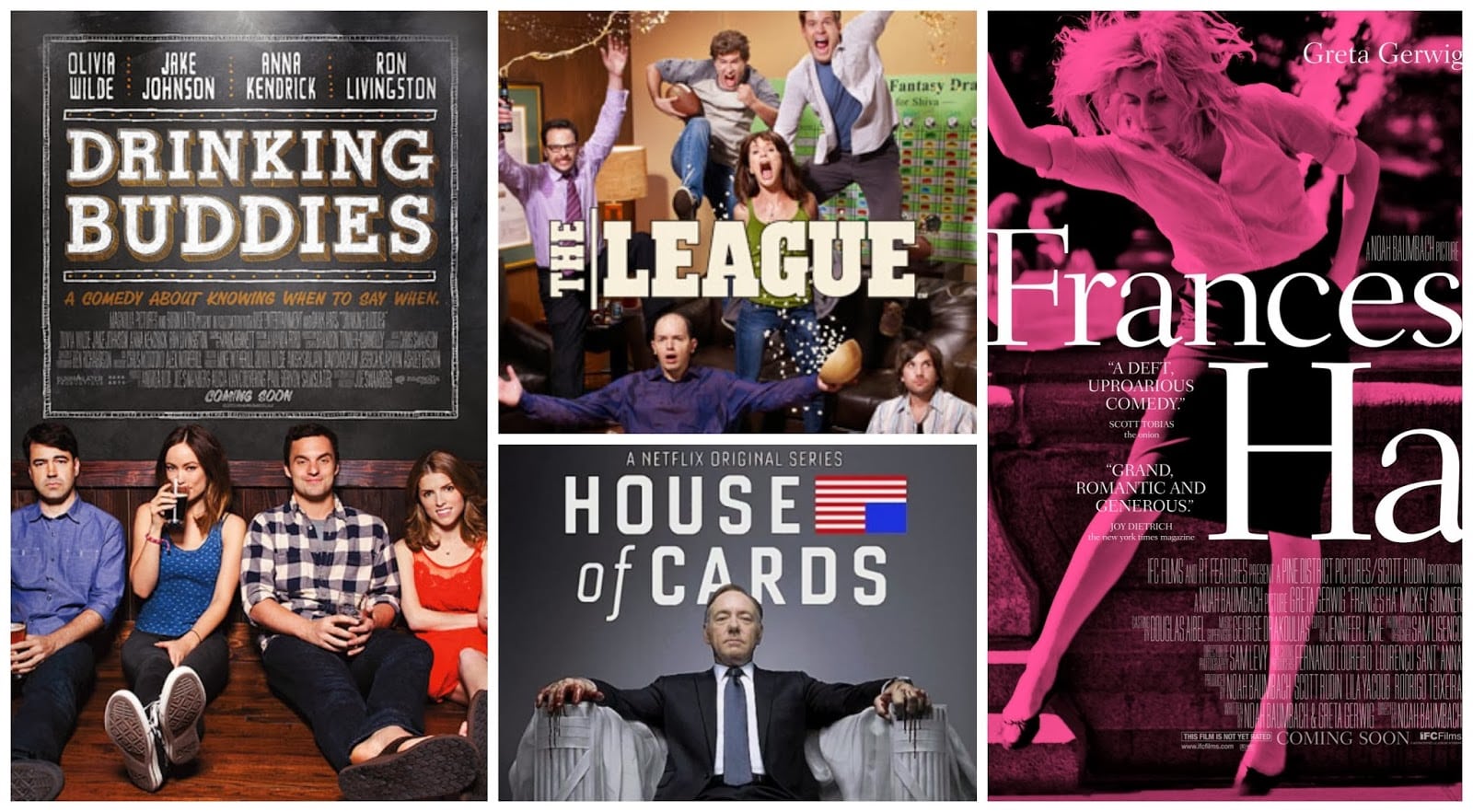 1) Drinking Buddies – So, we’ve got Olivia Wilde, Jake Johnson (New Girl), Anna Kendrick (Pitch Perfect), and Ron Livingston (Berger from SATC!) all hanging out in Chicago. This movie was based on a loose script and most of the dialogue was improvised by the actors. It was also filmed at Revolution Brewery, so all around, it’s pretty cool.
2) The League – I’m way behind the times on this one. Even though it has some of my favorite comedic actors from every other show I watch, I never got into it until now. It’s about a group of friends in a fantasy football league… so simple, but so easy to watch episode after episode.
3) House of Cards – If you haven’t check out this Netflix Original Series, you should. It’s a dark political drama with a stellar cast led by the brilliant Kevin Spacey. Season 2 premieres on February 14th, so start watching now!
4) Frances Ha – a delightful little film that explores female friendship, growing up, and the realities of following your dreams. Greta Gerwig is so lovely in this black and white indie, she even got a Golden Globe nomination!
Stay warm, everyone!