Spiralized Parsnips with Broccolini and Sausage 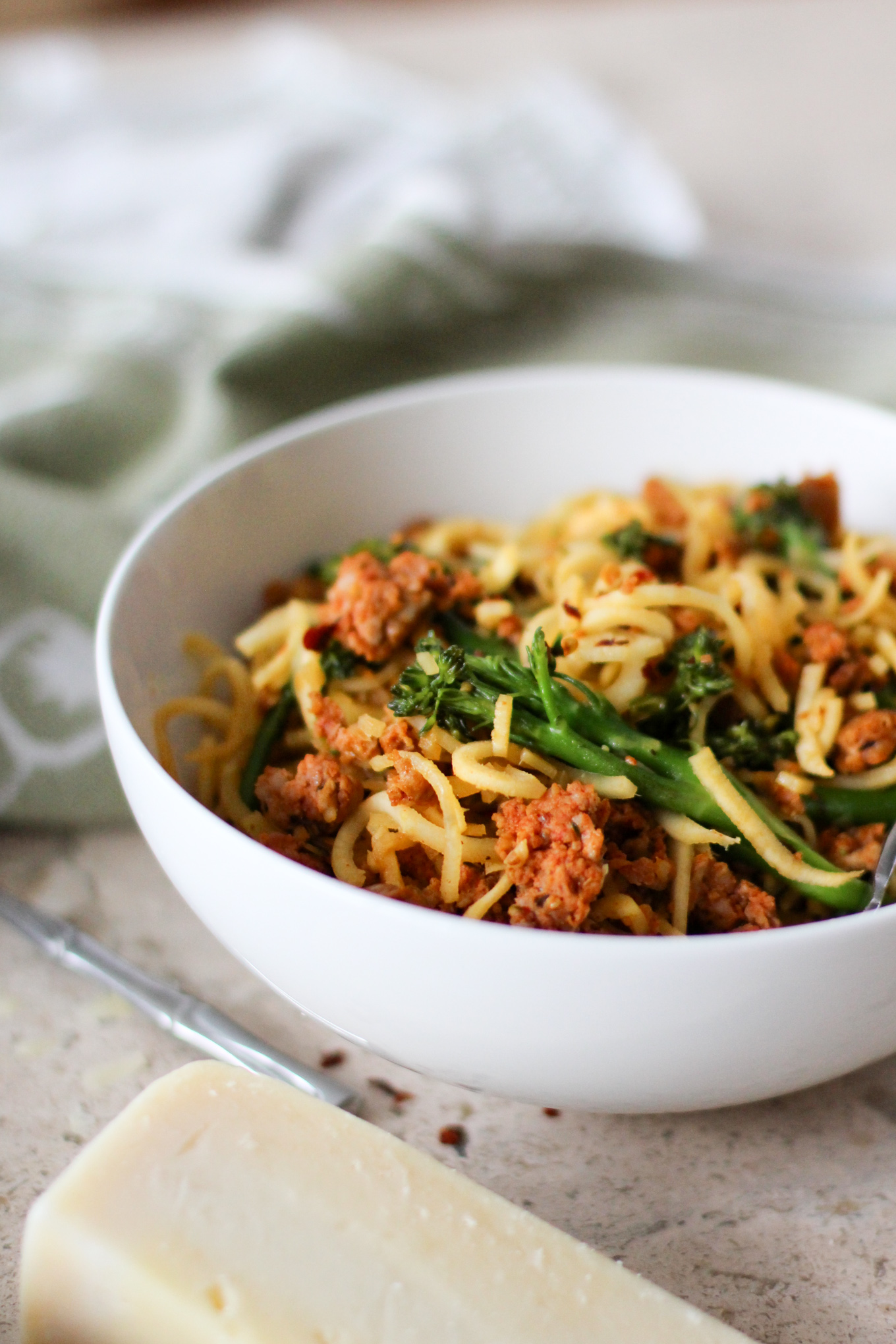 As you guys know, I love spiralizing veggies. Zucchini, potatoes, onions and cucumbers… I’ll try anything! So as a spiral-addict, I am THRILLED to tell you that there is now an ELECTRIC spiralizer! Yup, your obsession just got enabled even more. Good thing it’s healthy, right? ? Once I got my hands on my new BELLA spiralizer, I knew I needed to make something awesome… so I decided to test out some uncharted territory: Parsnips.

Let me tell you, this was an excellent choice. 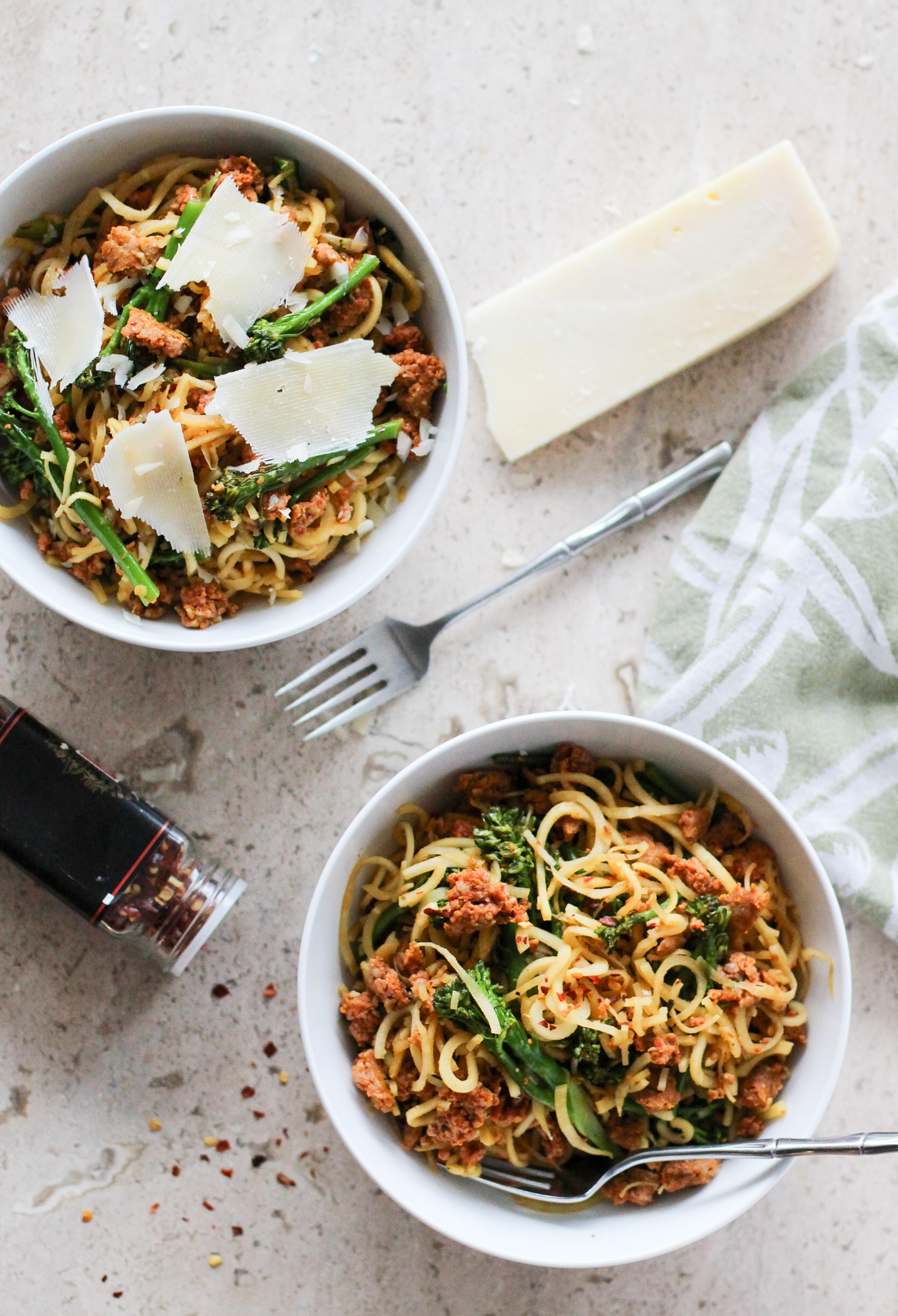 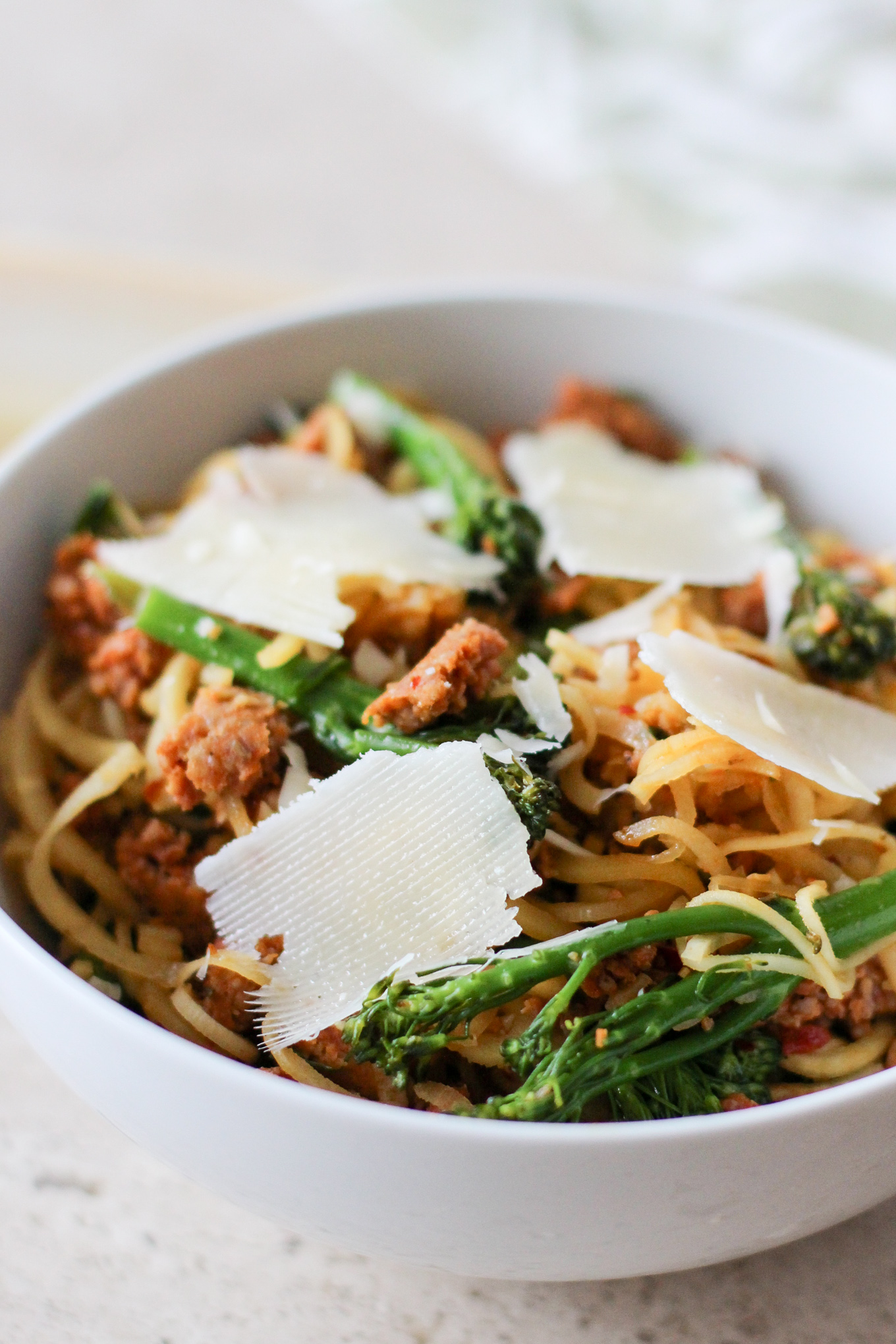 Before I get to the recipe, we have to take a little bit more about this handy appliance by BELLA. To be honest, I didn’t really mind manually cranking my old spiralizer – until I tried this one. It’s just so EASY. It even automatically stops when it gets close to the base of the veggie! I also love that you can make 4 different shapes: ribbons, linguine, spaghetti and fettuchini. Oh, and the removable parts are dishwasher safe. Wins all around. 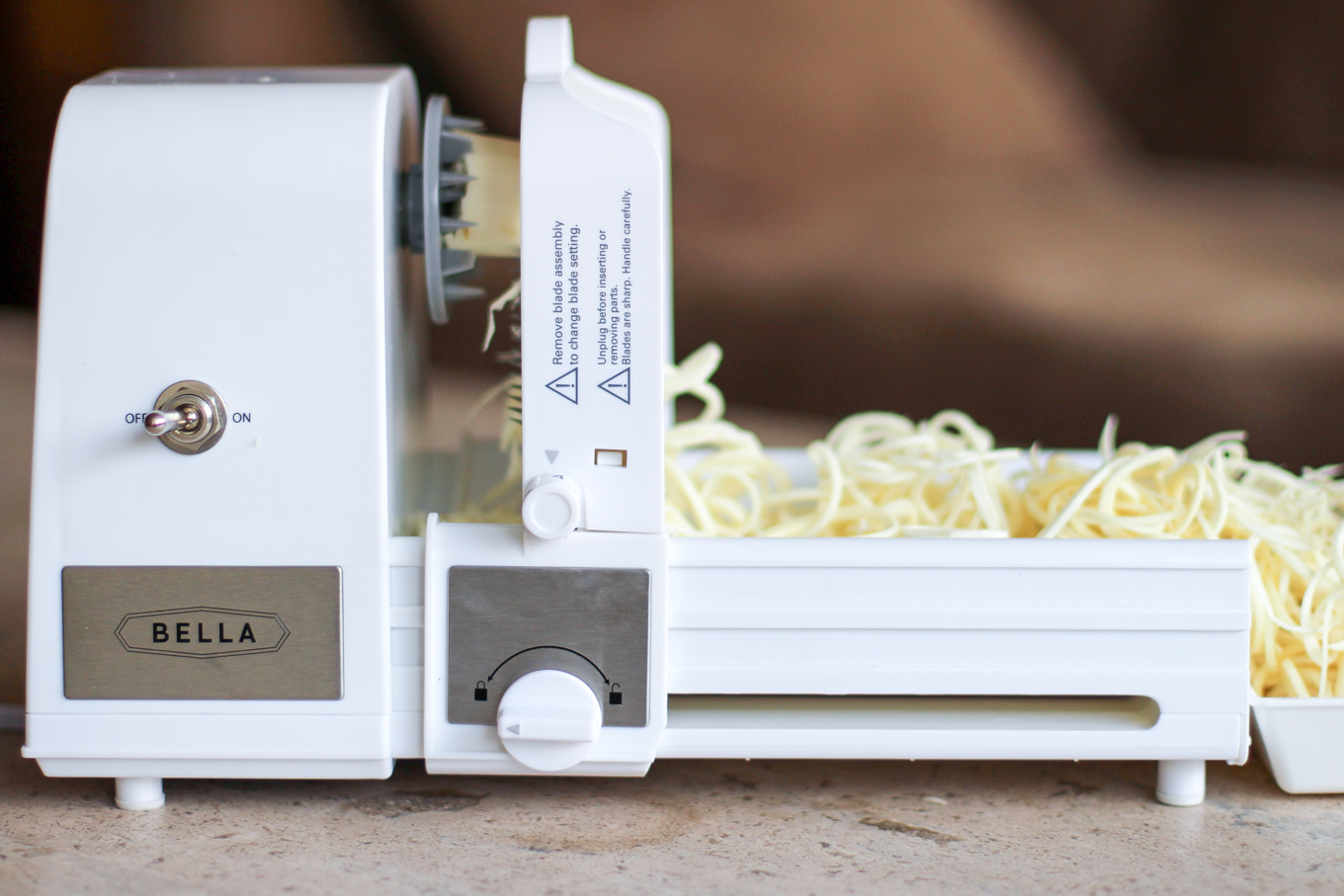 Now that I’ve gushed about the spiralizer, it’s time to talk about spiralized parsnips. Before turning them into noodles, I already thought parsnips were underrated. Cut them into fries, roast em til crispy and dip them in Kite Hill Chive Cream Cheese Style Spread? Soooooo good. That being said, I still don’t make this veggie that often – and I honestly think it’s because I don’t have a ton of recipes for it! I also thought it might be tough to turn into noodles… but with this handy gadget, that worry is irrelevant.

Confession: when I was coming up with this recipe, I didn’t start with parsnips. I was thinking about a broccoli rabe and sausage pasta dish first! What veggie noodle could work as a substitute? Zucchini noodles definitely wouldn’t work… neither would cucumbers or potatoes… but what about parsnips? Their sweetness would be the perfect balance against spicy sausage. Also, their mild starchiness wouldn’t compete with the broccolini. And parnips and garlic? I already knew that combo was awesome.

And thus, this recipe was born! 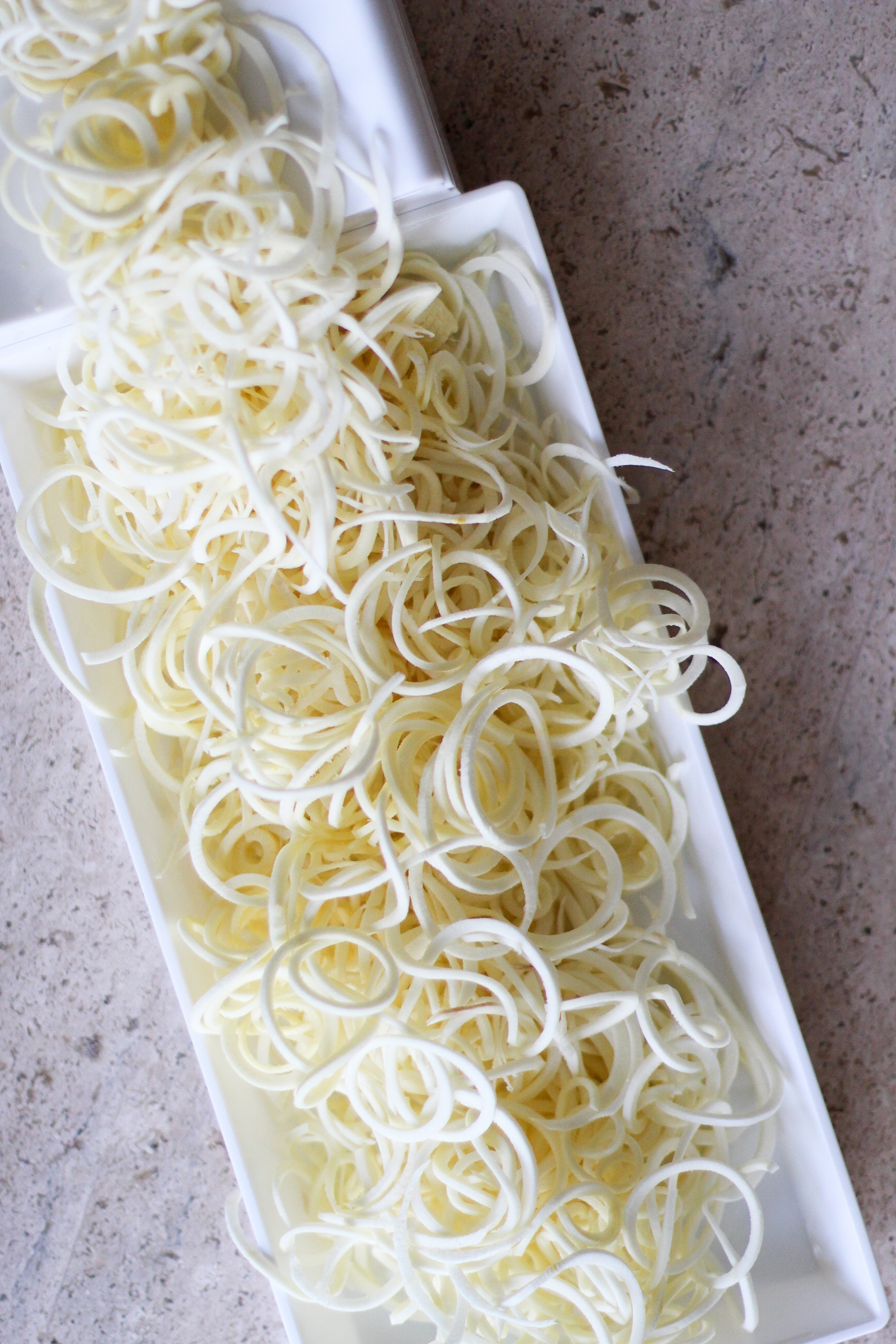 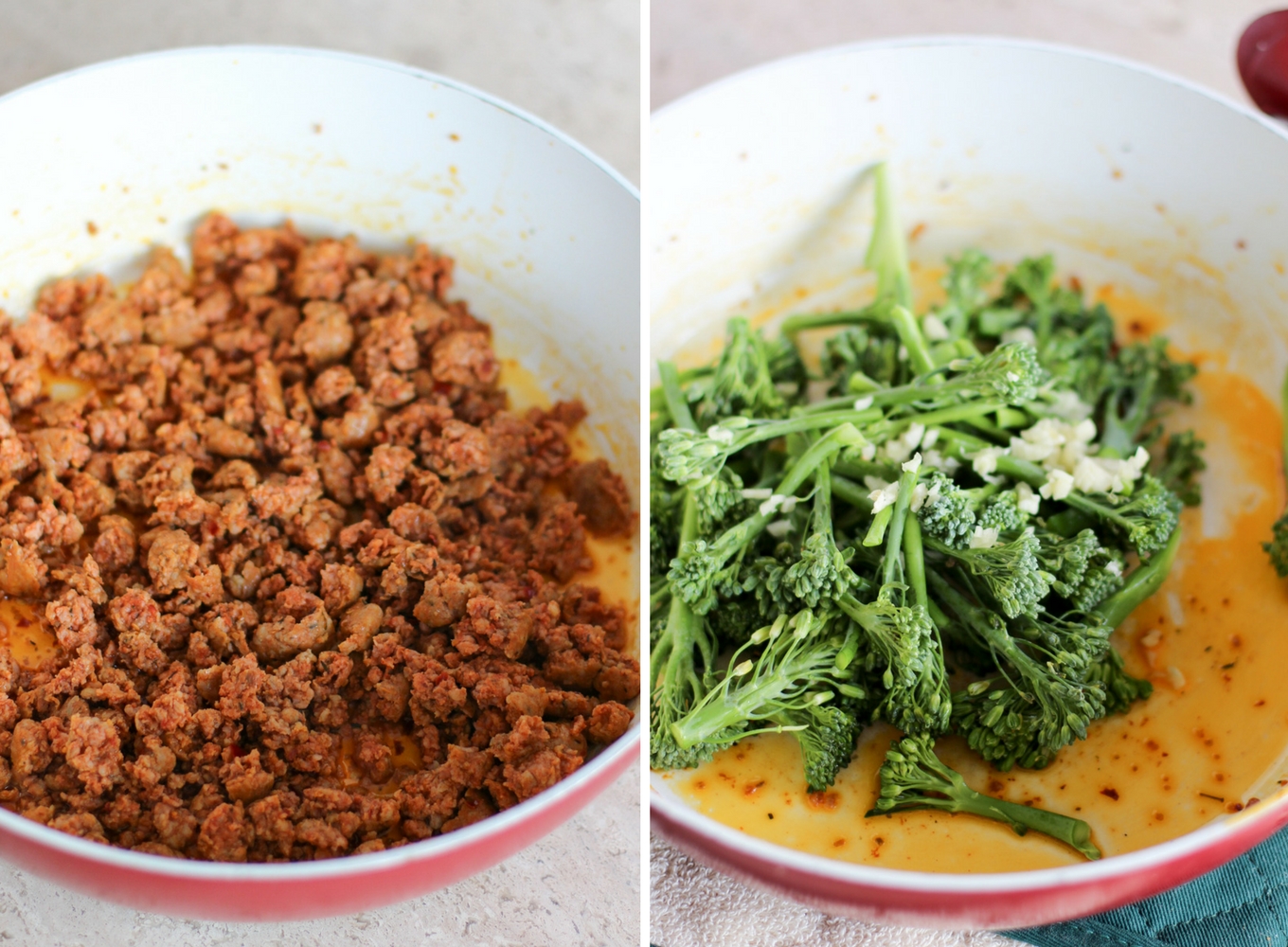 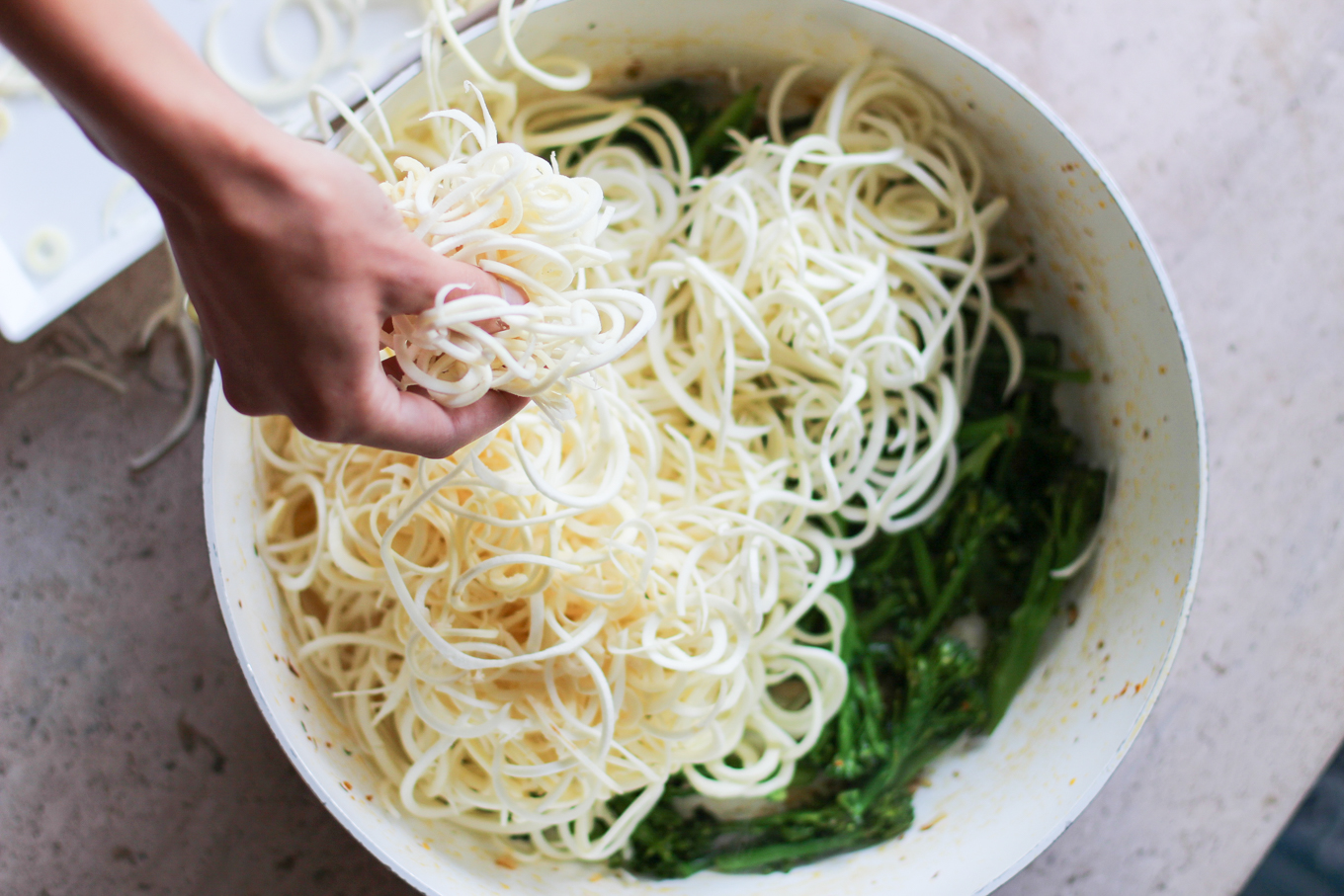 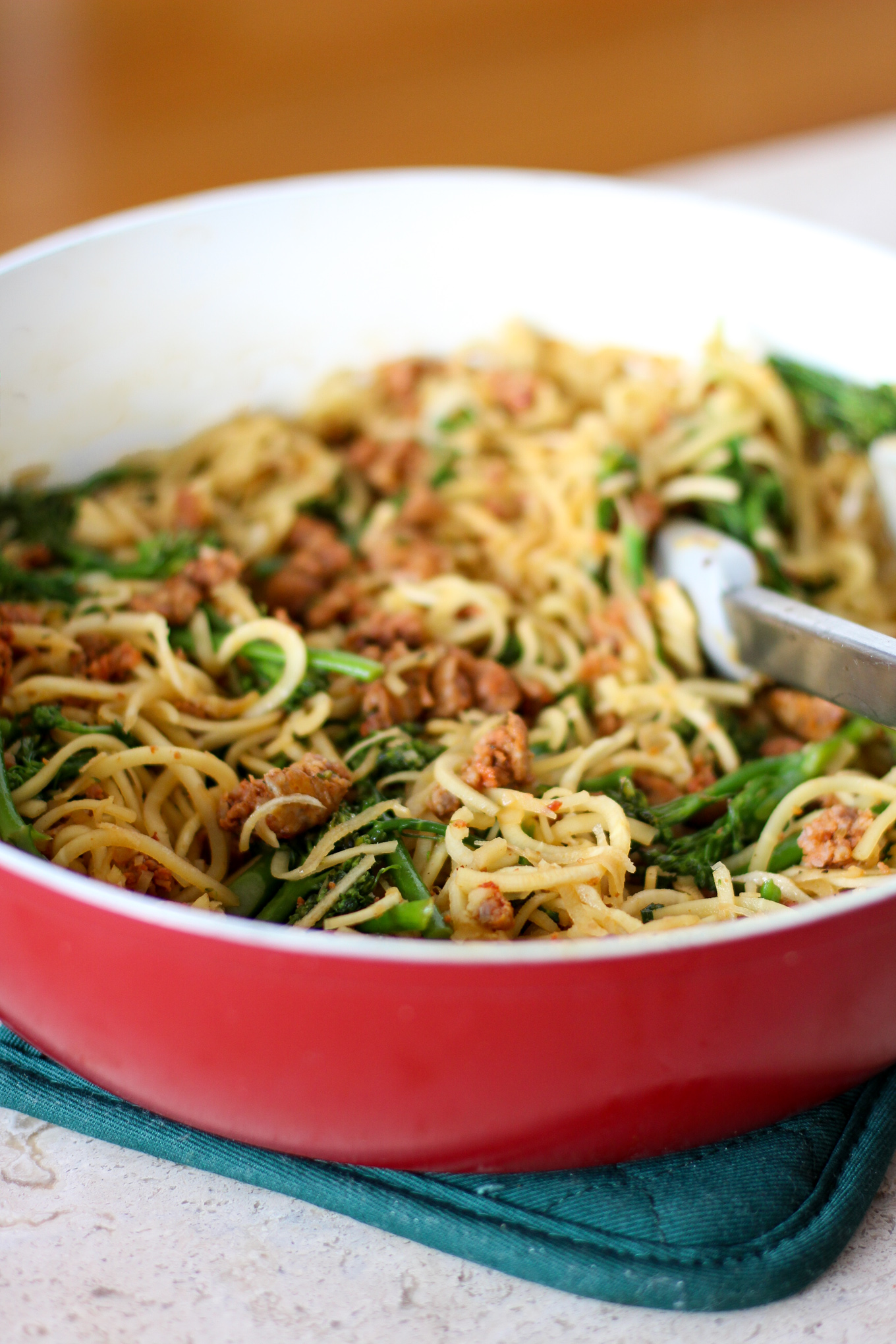 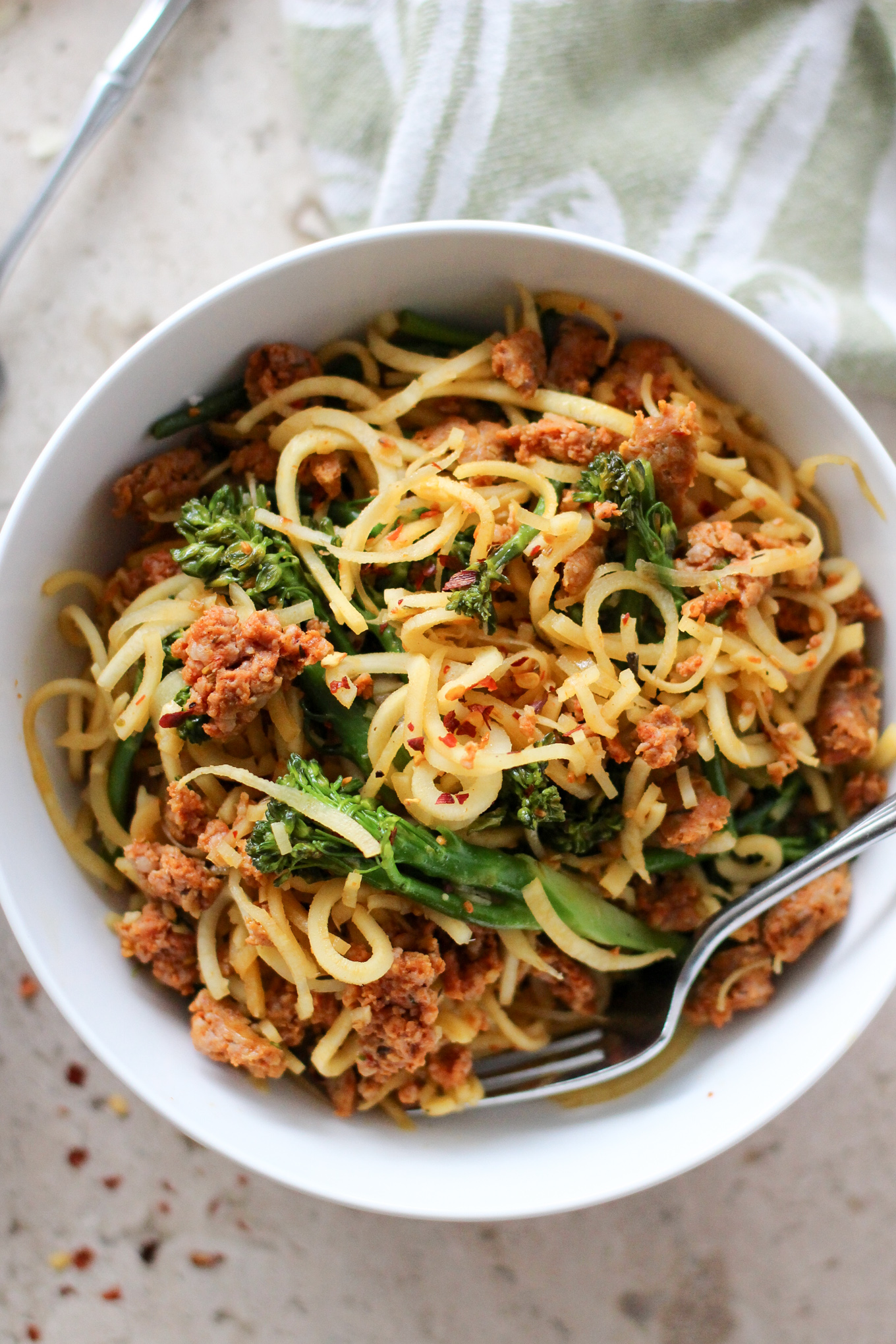 As you read the recipe below, you’ll see that the bowl above is paleo and the bowl below is not. Since this is a riff on a classic Italian dish, I had to add a little parmesan (duh!) but if you’re dairy free or following a paleo diet, just leave it off! Still super delicious, I promise! 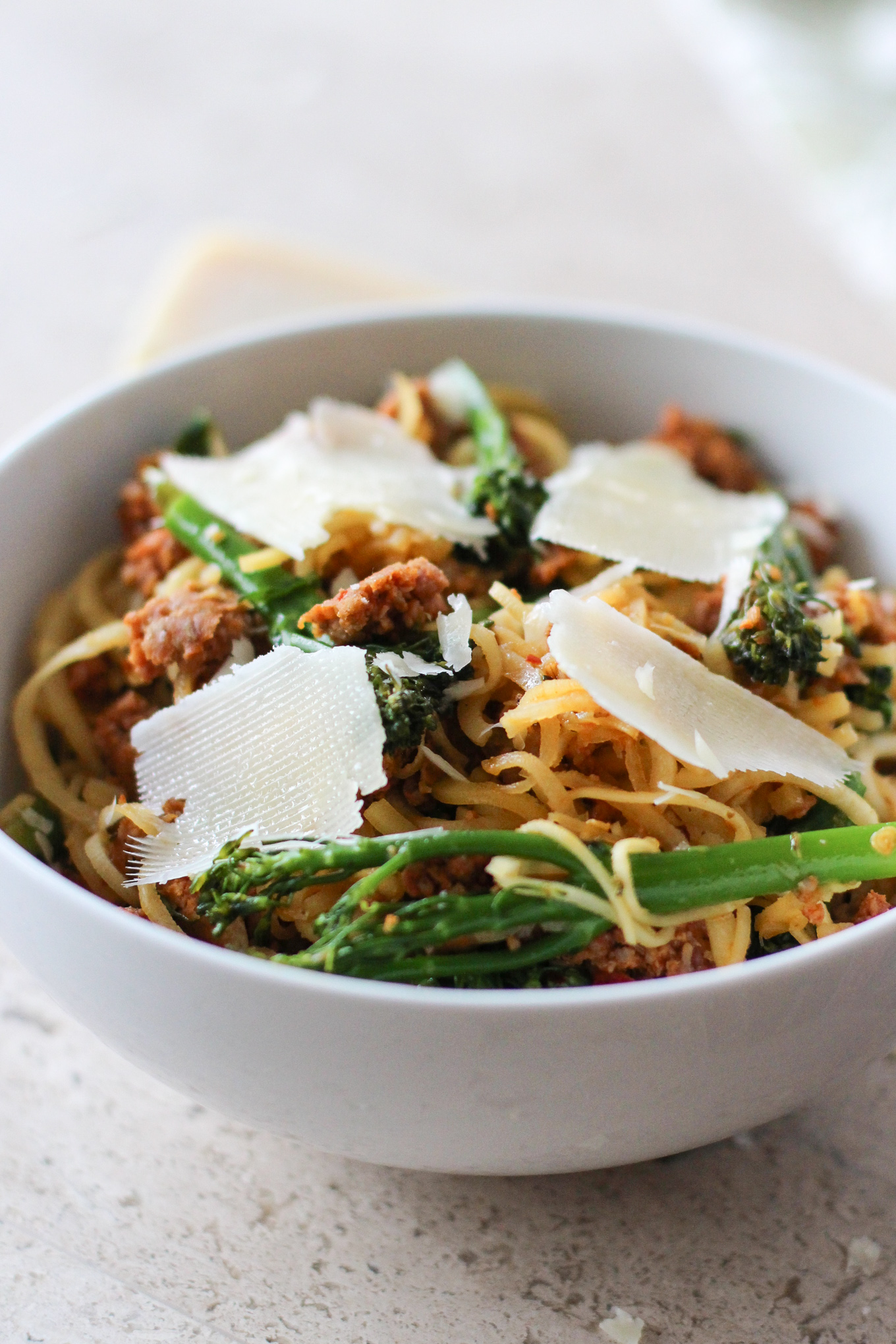 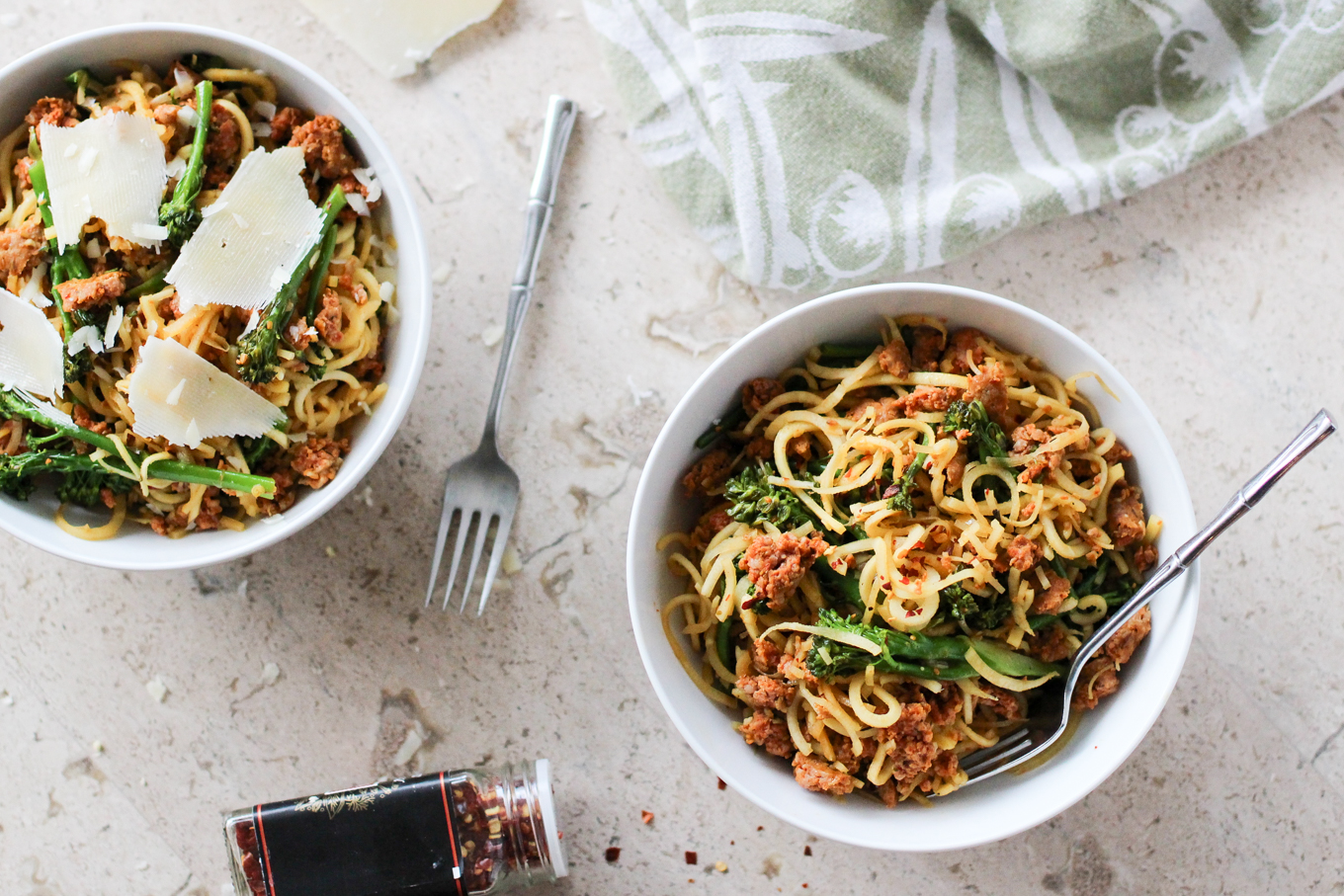 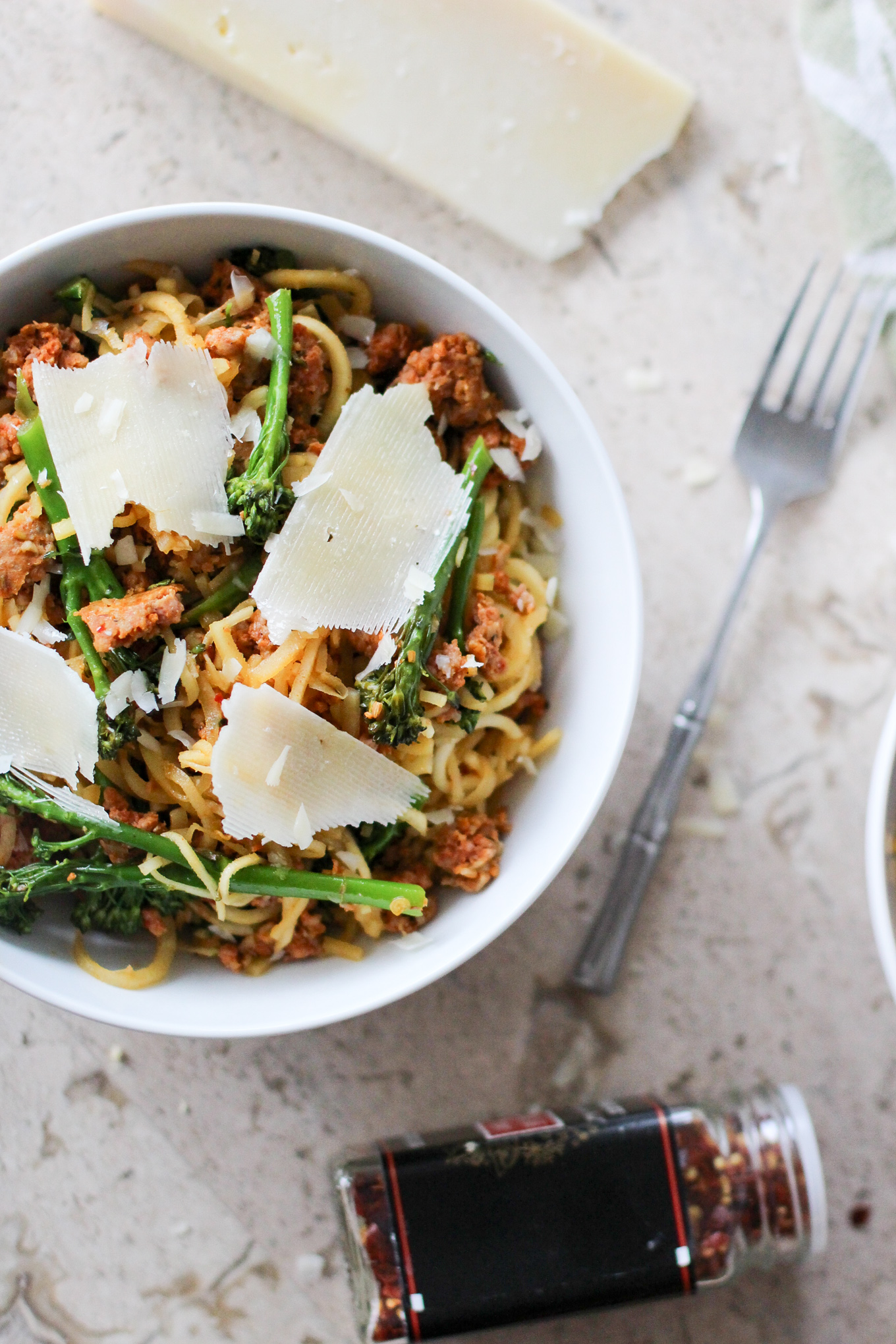 Spiralized Parsnips with Broccolini and Sausage

This post was sponsored by BELLA Housewares, but (as always) all opinions are my own. Thank you for supporting the brands that make Lake Shore Lady possible!

My Favorite Pumpkin Recipes 10 Things to Do in Grand Rapids