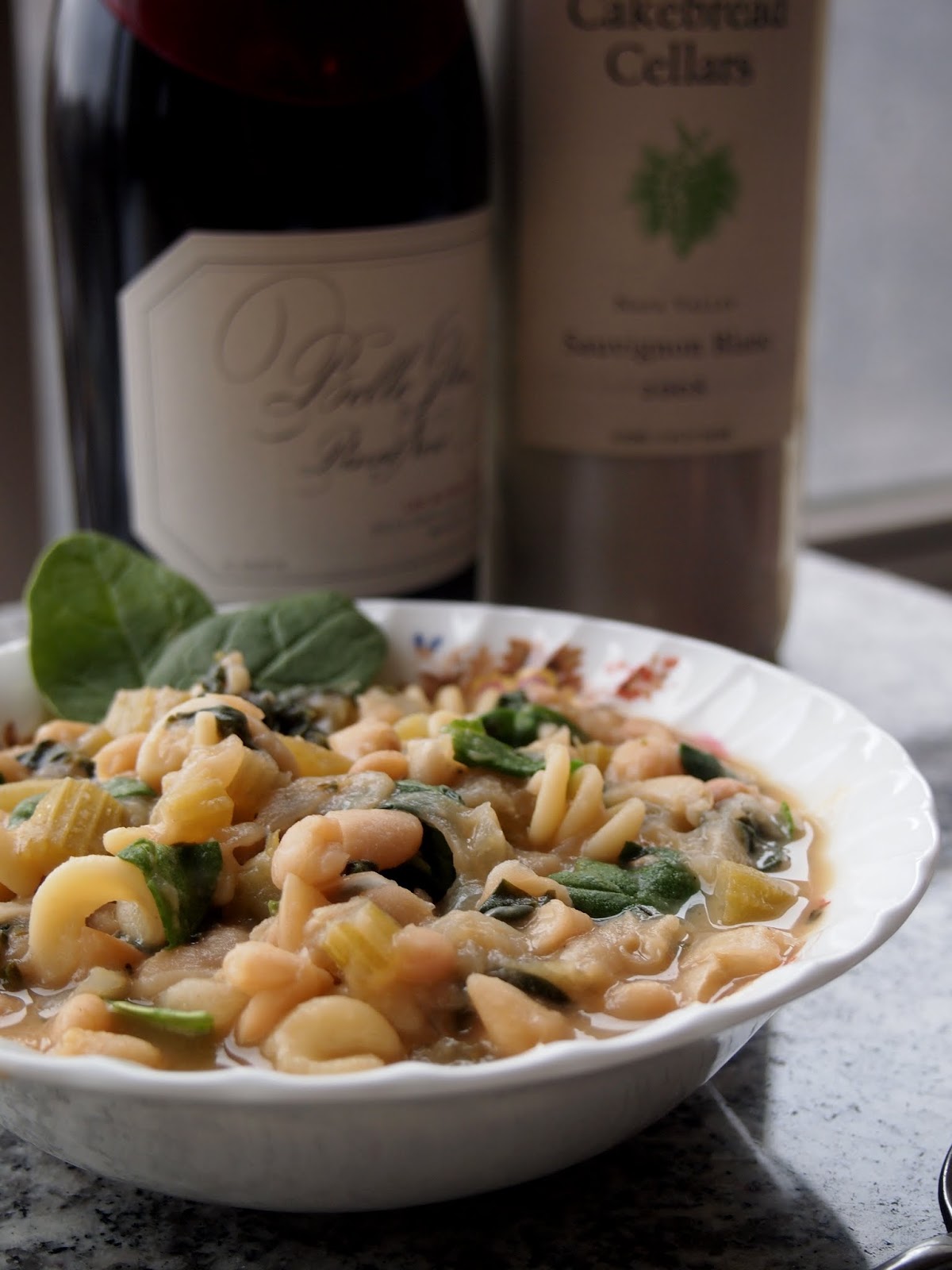 I know I know, why would you want to eat Pasta Fagioli without the tomatoes?! Stay with me – I saw this recipe a few years ago on The Kitchn and was originally intrigued by the bacon aspect of it. Funny enough, I don’t even use that part of the recipe anymore! Instead, it was the creamy starchy nature of the soup combined with sweet onions and tender spinach that won my taste buds over and had me craving it all winter every winter. 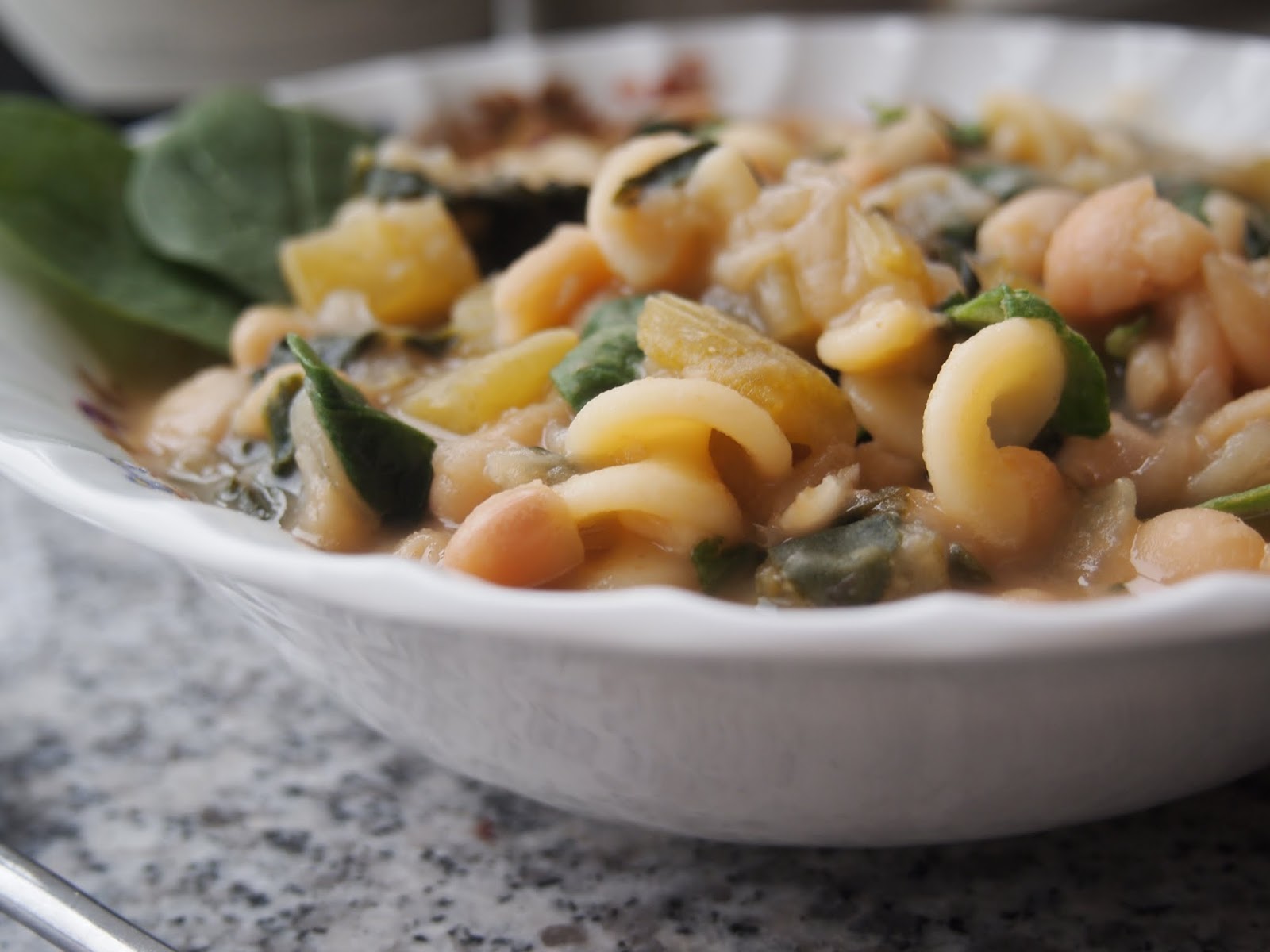 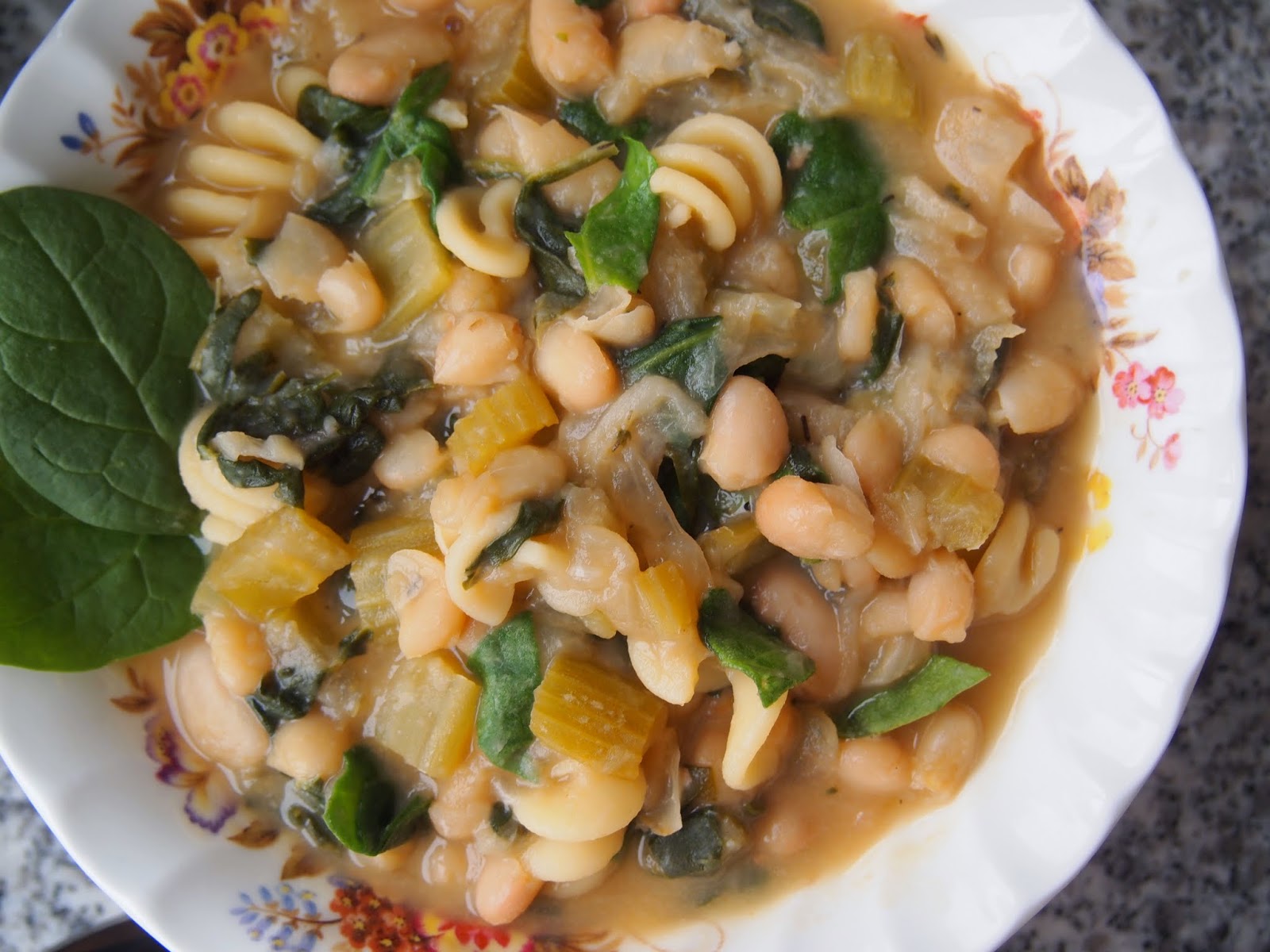 This recipe calls for two onions, but if you have one large one, that will work just fine. Thinly slice the onions and saute in a soup pot with a little olive oil and salt. Cook on a low heat for 10-15 minutes. While the onions are cooking, chop the celery and mince the garlic. Add that in when the onions are soft and slightly caramelized. 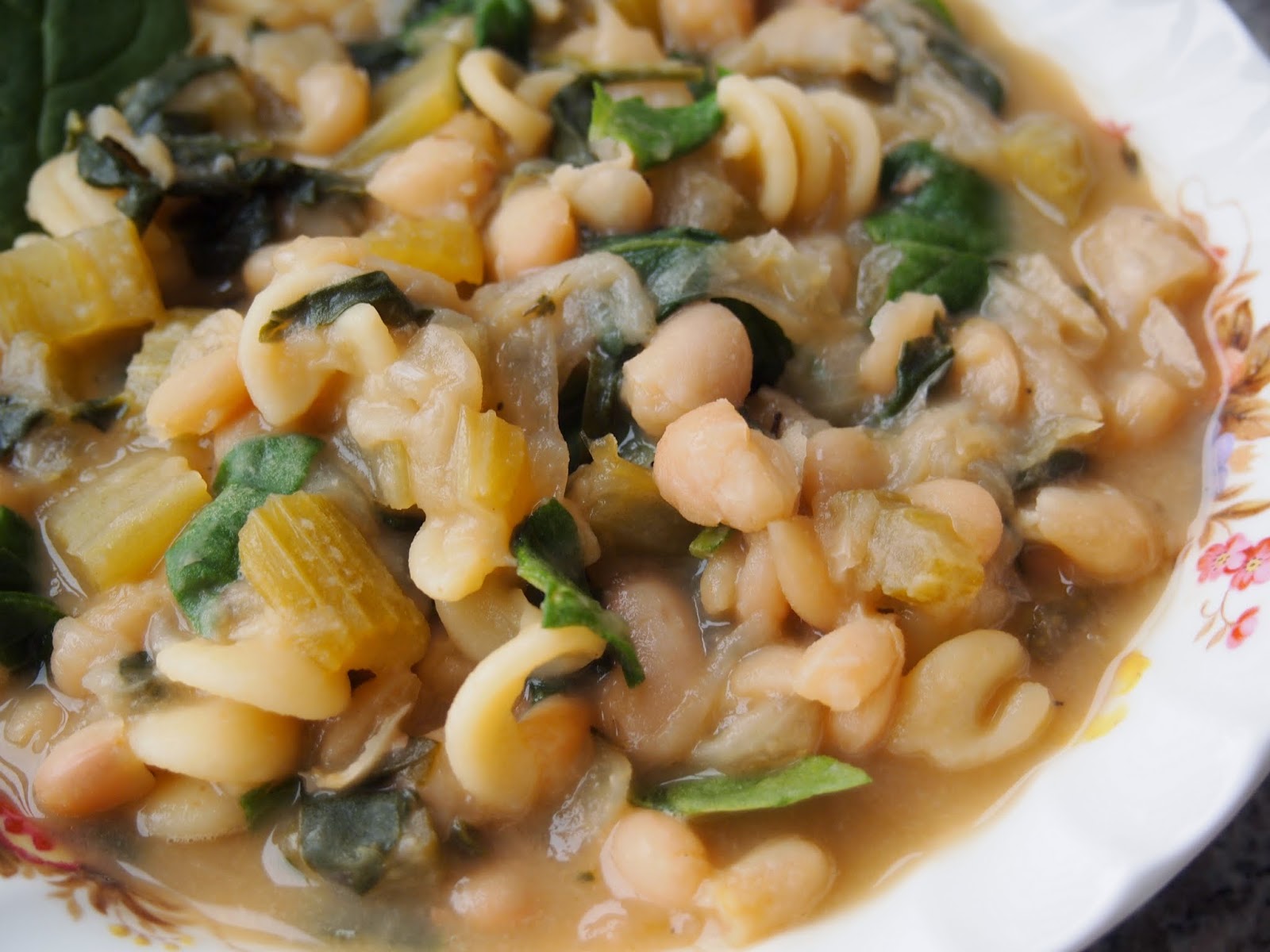 Cook until the celery has softened and then add the broth. Drain the beans and add those in, too. Season with salt, pepper and thyme. Bring to a boil and simmer for 30 minutes. 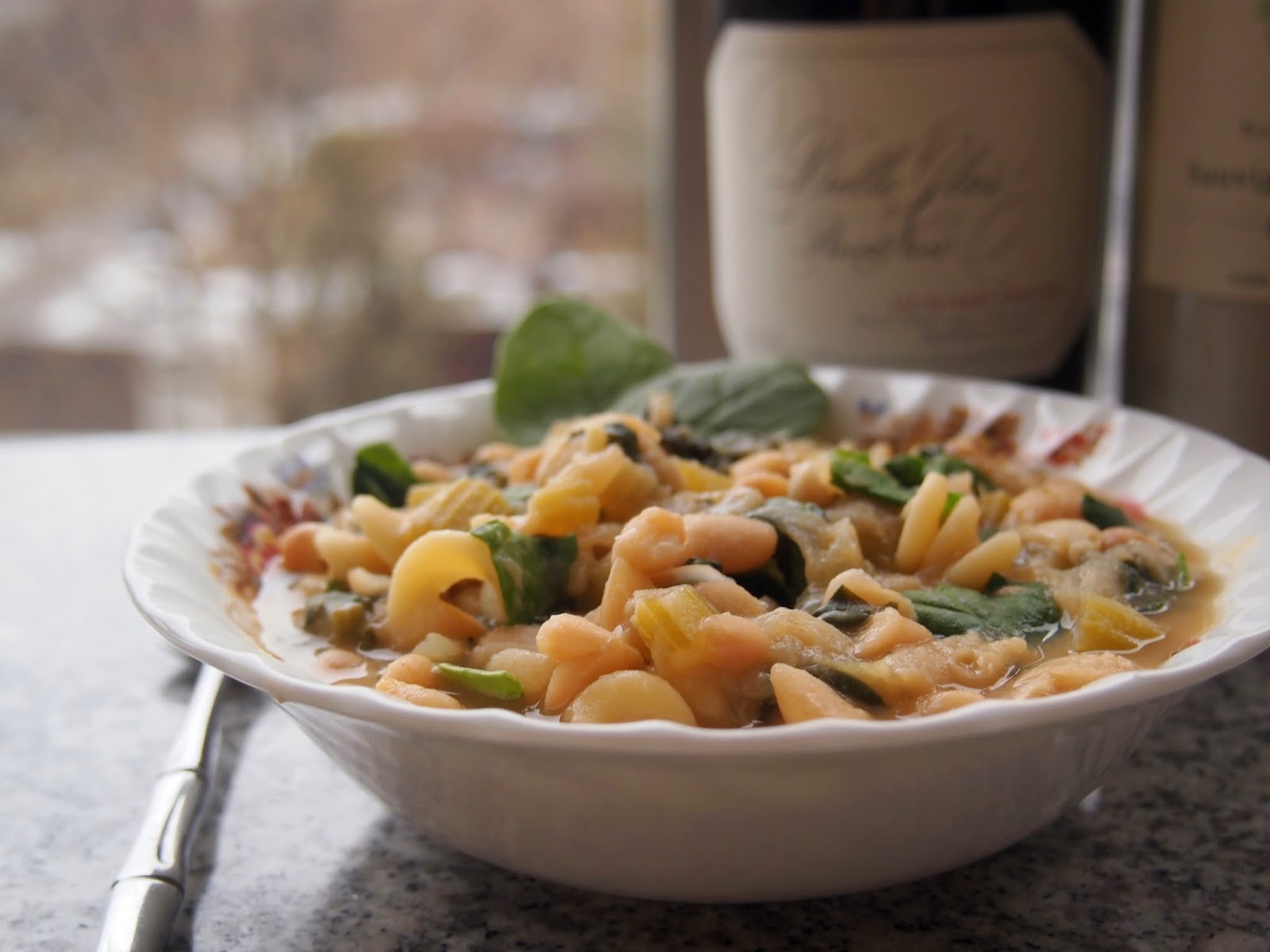 Add the pasta and as much spinach as you like. Since it wilts so much, I like to add the whole container. Stir to combine and cook until the pasta is al dente. If you make this with a gluten free pasta, cook it separately and add it to each individual bowl, so it doesn’t get mushy. I highly recommend cooking a noodle in the soup pot, though. The starches release and add depth and creaminess to the broth. It’s goooood. 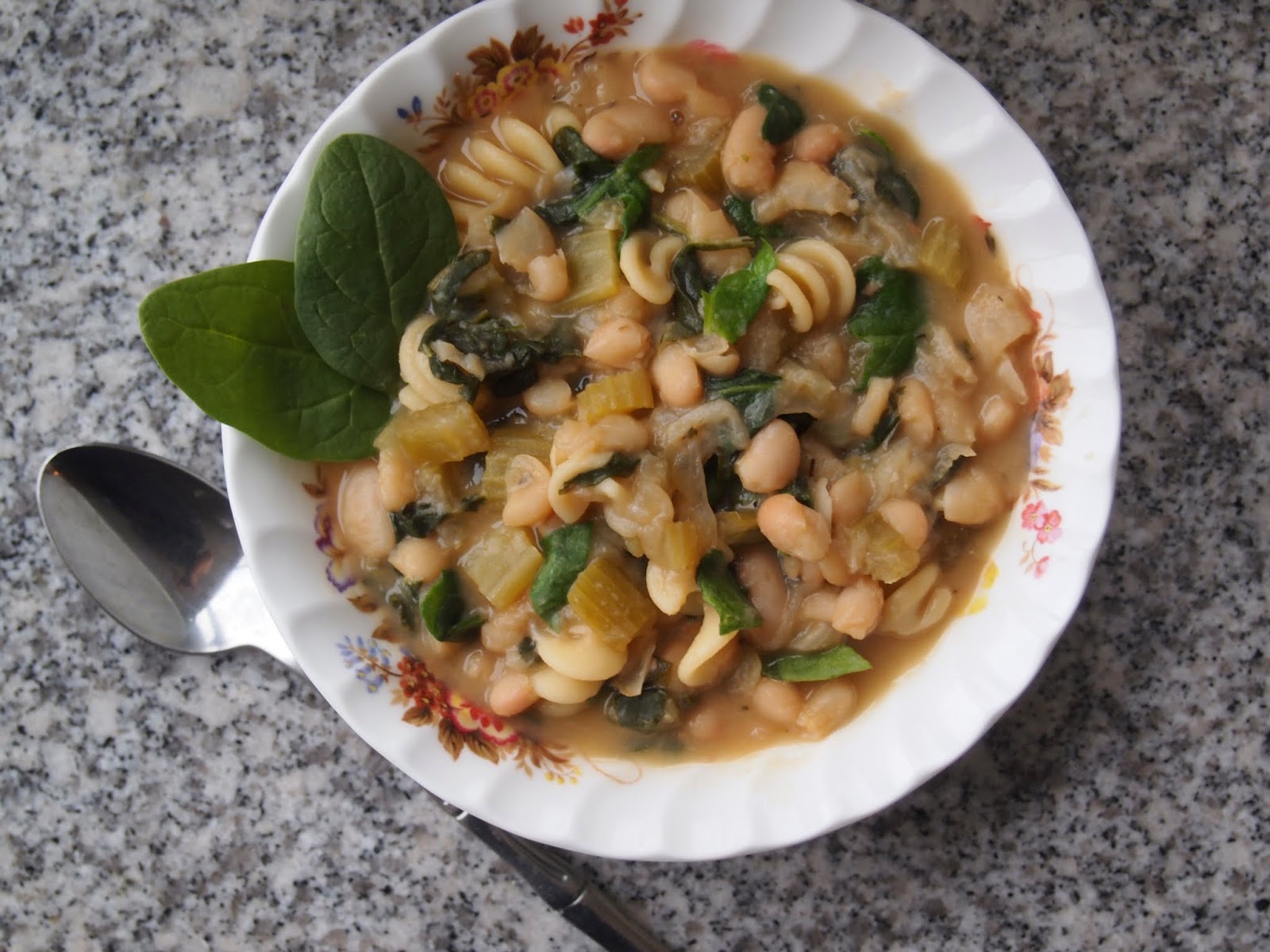 Serve alone or with parmesan cheese. 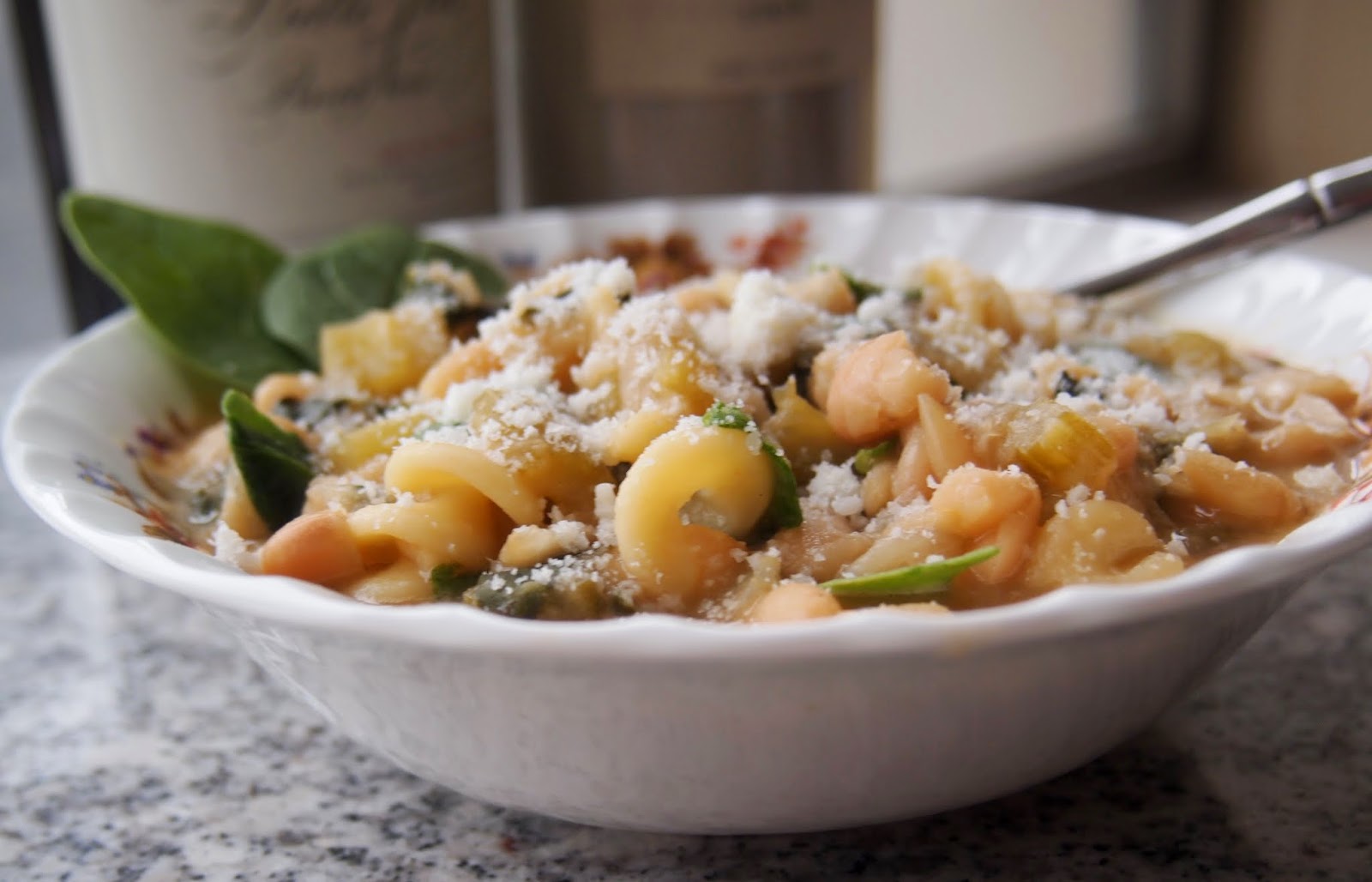 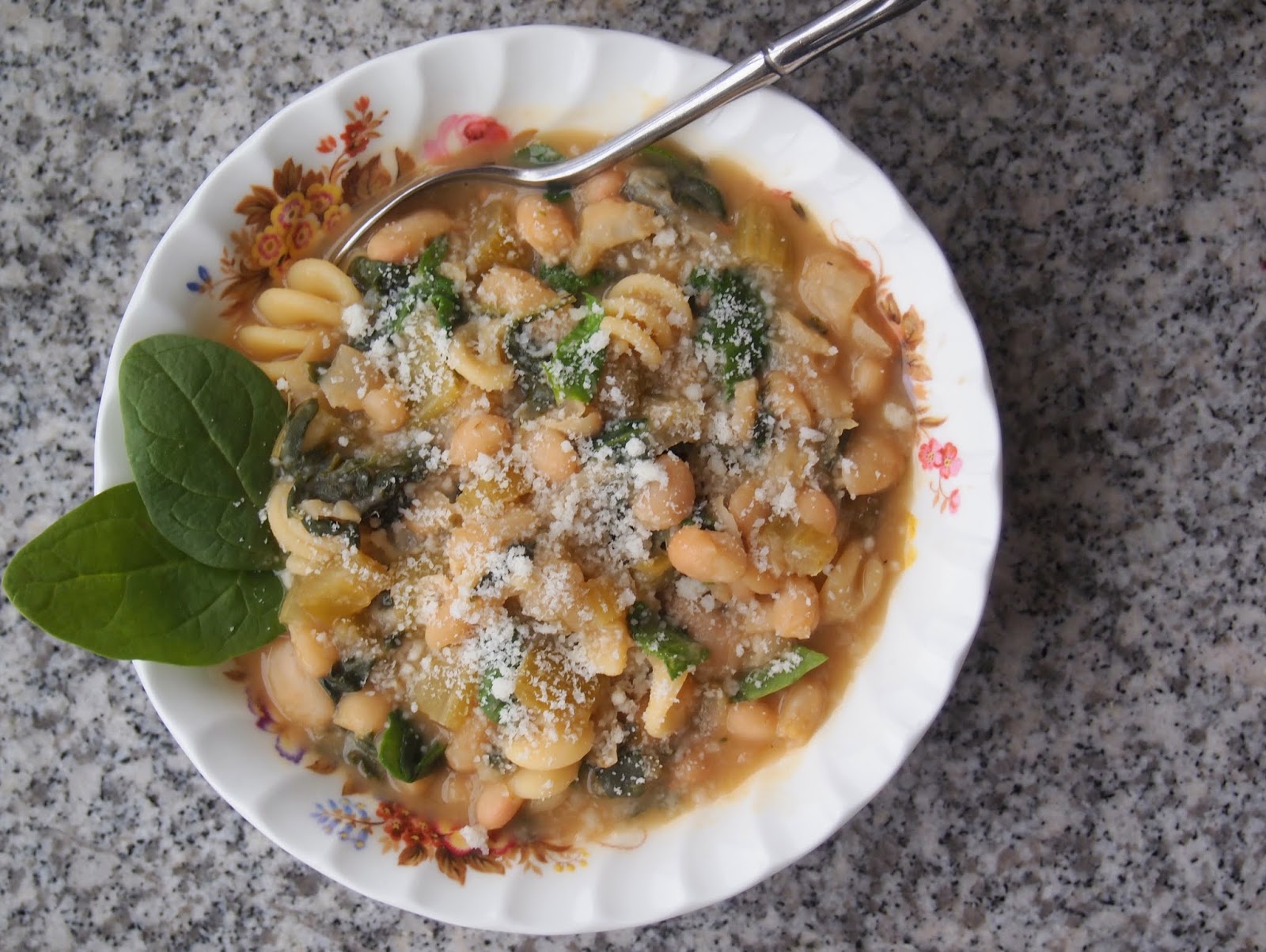 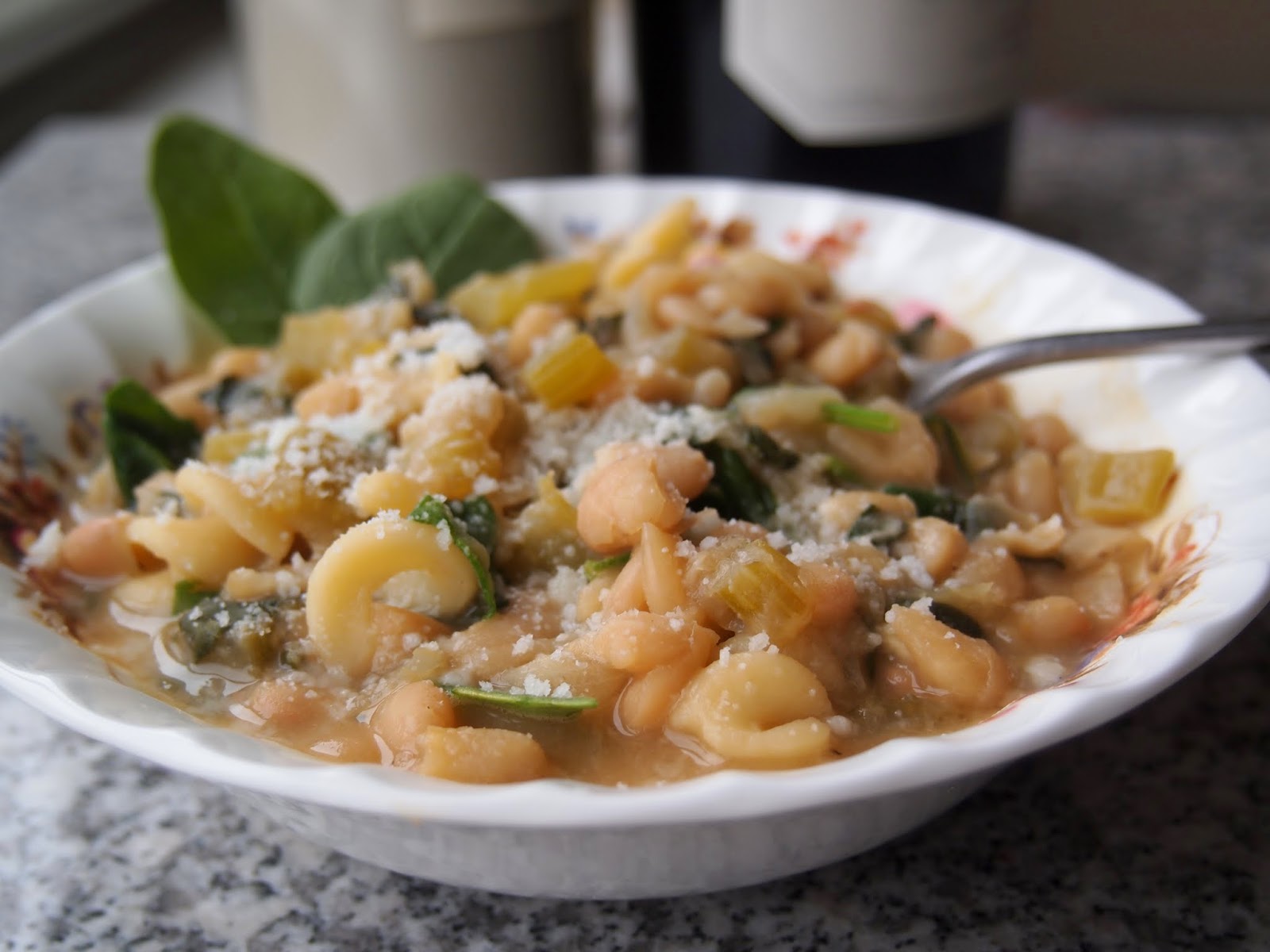 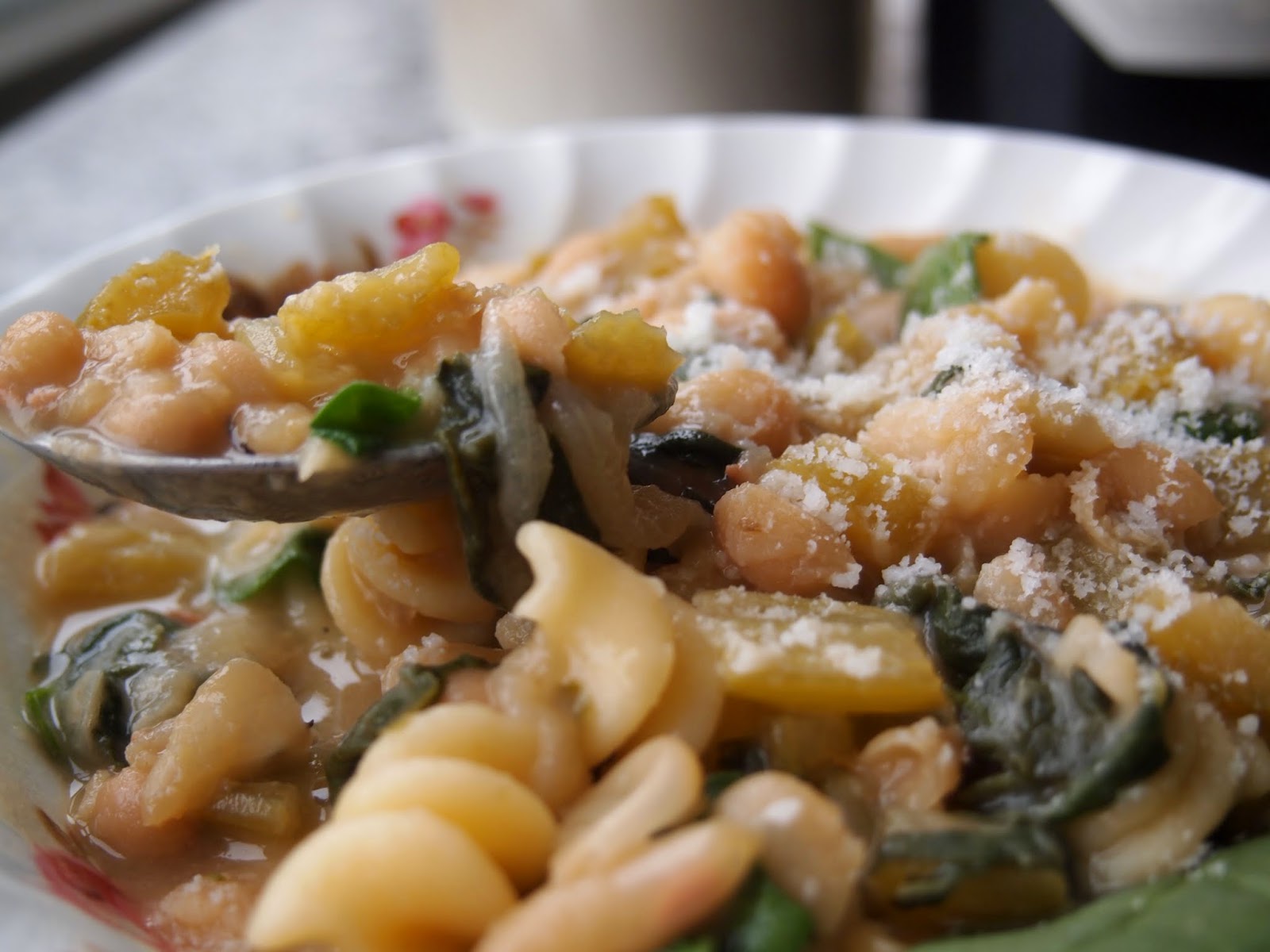 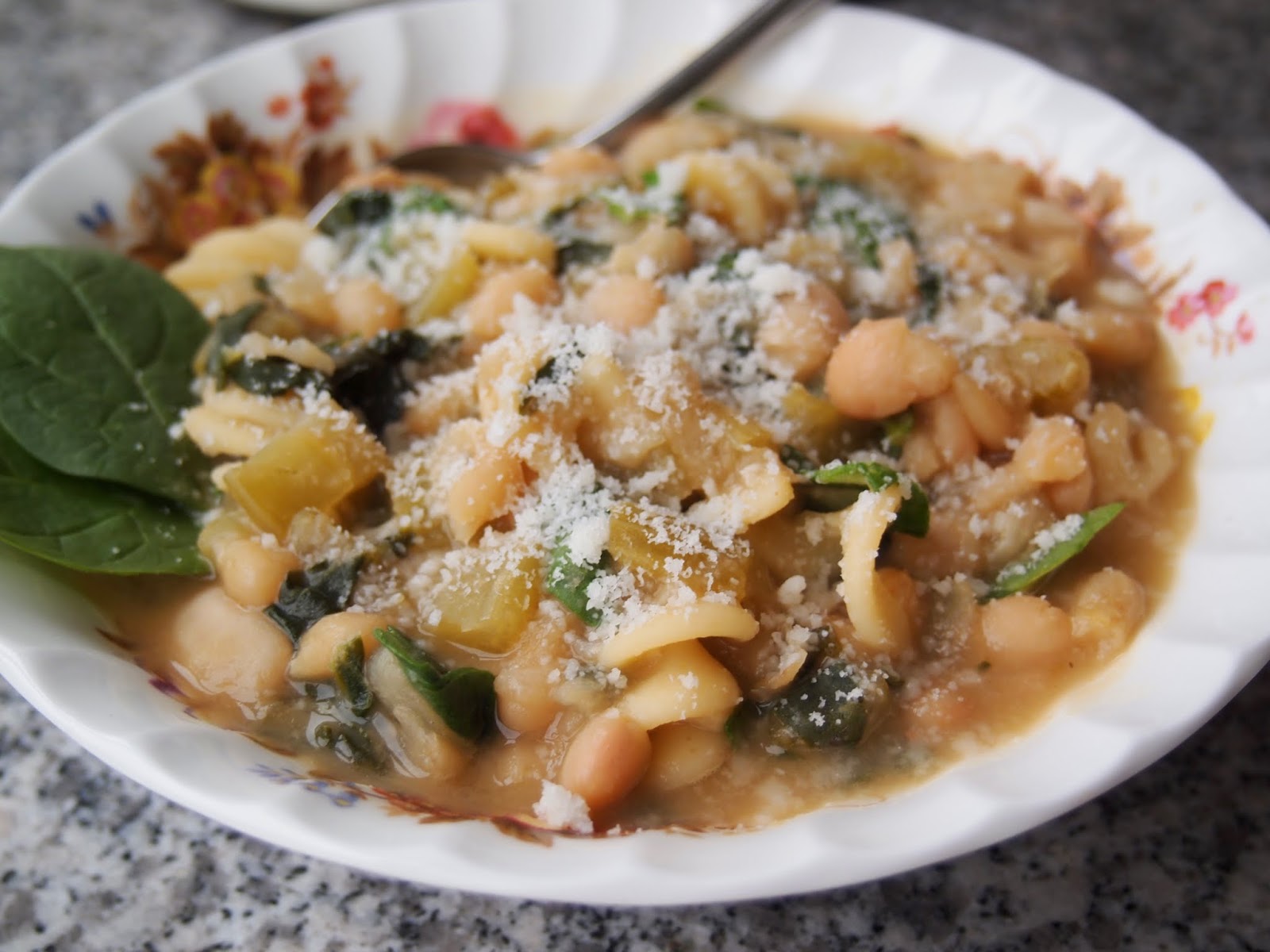 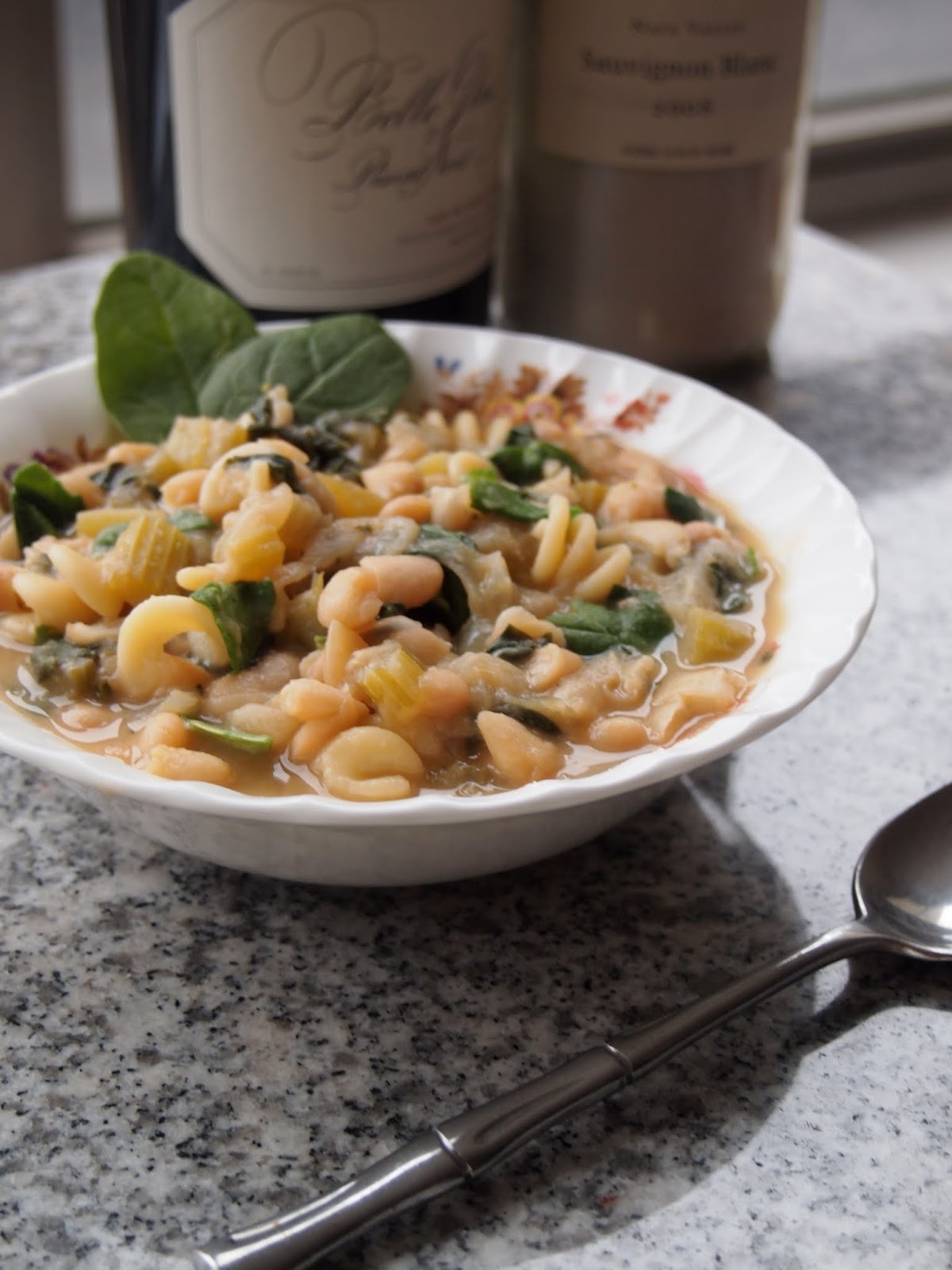