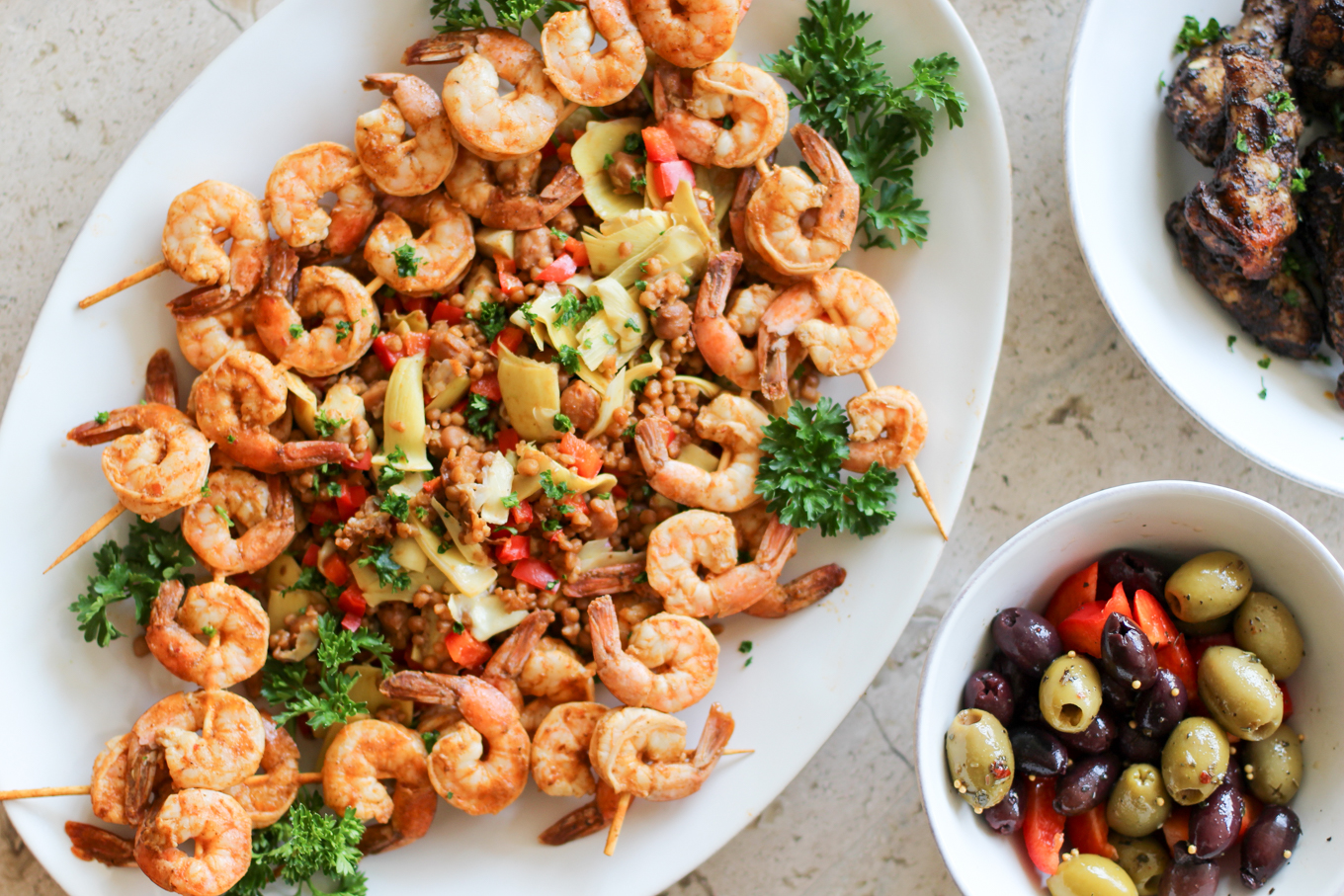 I’ve been kind of off my recipe post game recently, so I am pumped that this is the SECOND recipe post this WEEK!
If you follow me on Instagram, I used their new video feature to film a little behind the scenes action as I prepped this post. Just like snapchat, it disappears after 24 hours, so go watch it now! Go go go!
Okay okay I’m all excited that this is another food post, so let’s talk about the FOOD! It warms my blogging heart when I get to do collaborations that introduce me to new companies/brands/products that I will use again… and this one definitely fits that category. Wild Garden reached out to me asking if I wanted to try out their new Taste of the Mediterranean Marinades and Pilafs and obviously I was interested. That being said, I won’t lie – when I heard the words “quick” and “heat and serve,” I got a little nervous… but as soon as I read the ingredients, I realized that these guys are simply making healthy cooking easy. And THAT is something I am allll about.
So, what did I make? Keeeep scrollin 😉 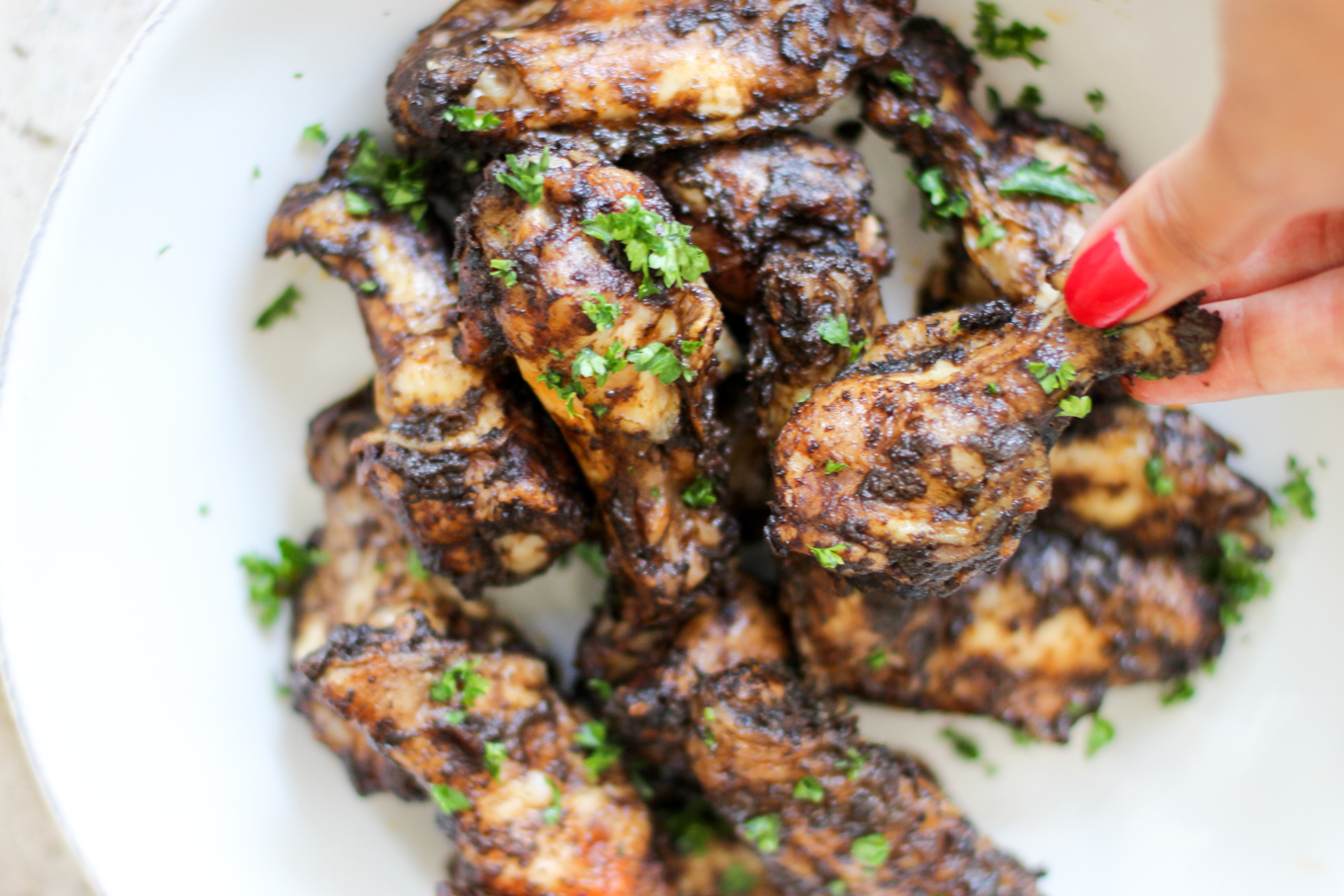 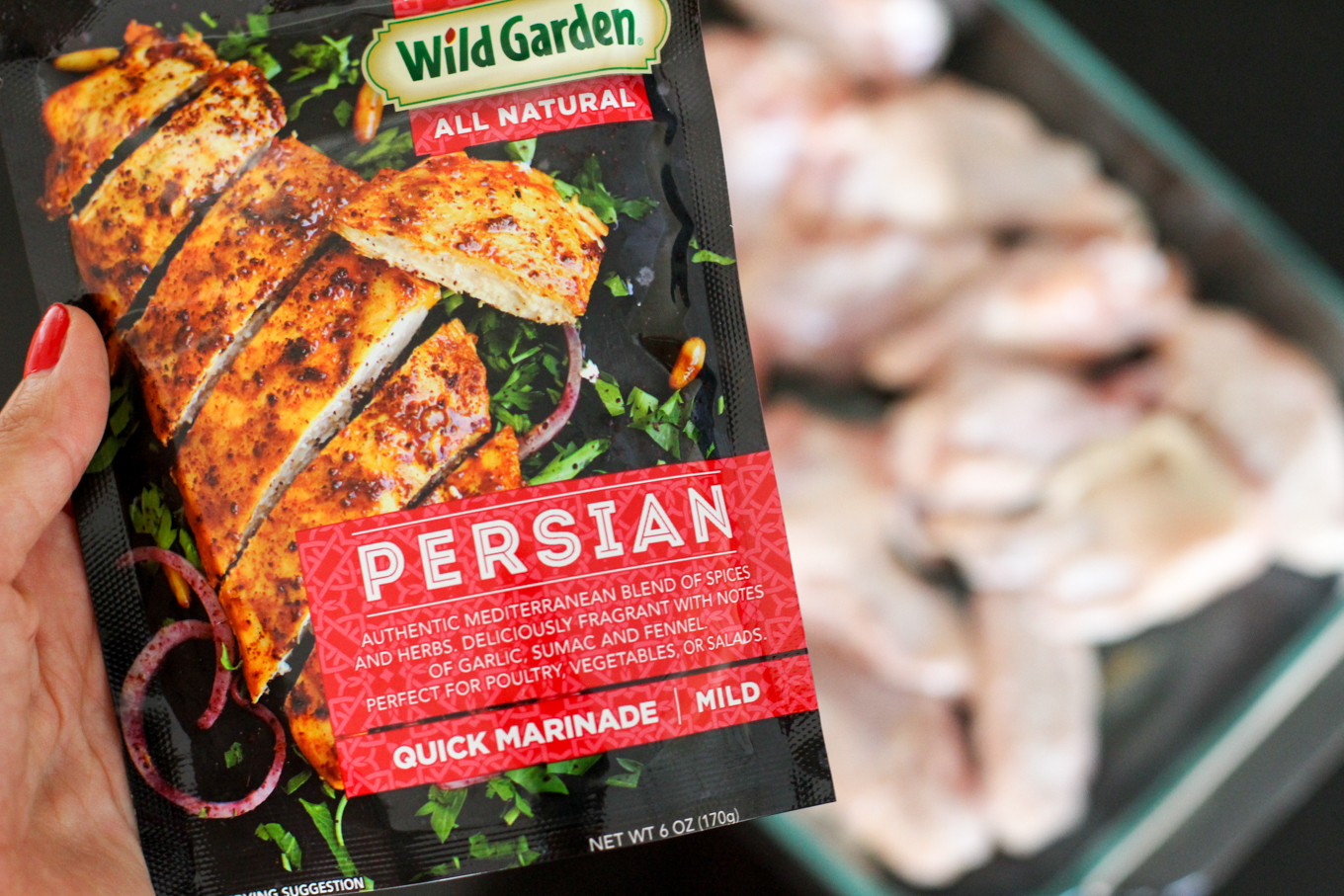 I started with the chicken wings, because this part takes the longest. Preheat your oven to 375 degrees and shake up your Persian marinade. I didn’t measure this part, but I knew I had more than enough marinade in the packet. Squeeze on just enough to coat the chicken wings and stir it up so each piece has some of the goodness on there. Let set for 10 minutes.
If you coated the chicken in a pyrex like I did, just throw that in the oven! Let them cook for 25 minutes, take them out and flip em, cook for another 20 minutes. I wanted them a little crispy, so I then bumped the heat up to 400 degrees and cooked them for 10 more minutes. Honestly, I was afraid that this would be too much time in the oven, but the marinade kept them so moist inside and the meat was literally falling off the bone once we ate them.
(print chicken wings recipe) 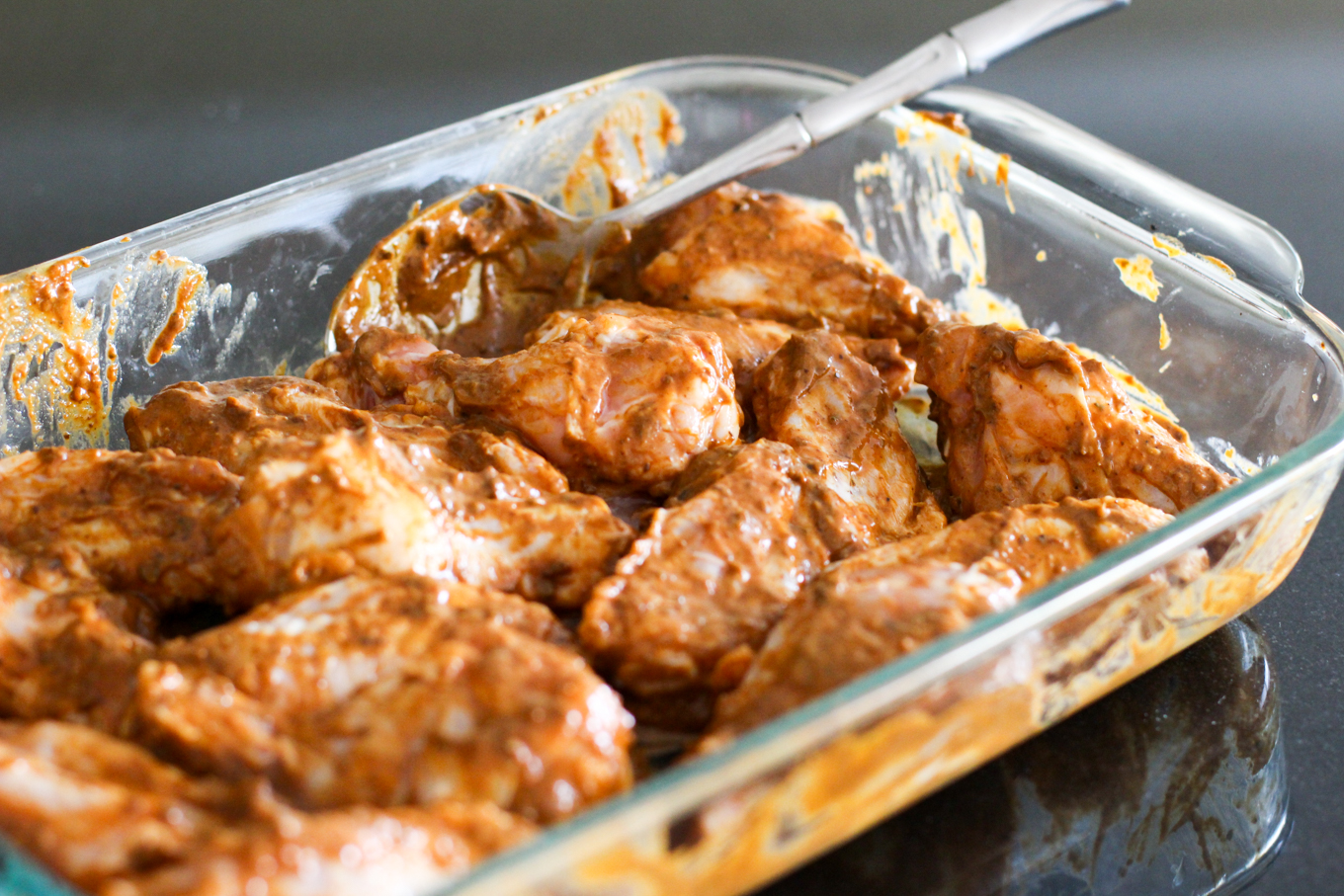 Next up – shrimp! Make sure your shrimp is peeled, deveined and defrosted, and then pour 1/3 of the marinade packet over the bowl. Coat each one and let it sit in the refrigerator for at least 15 minutes. 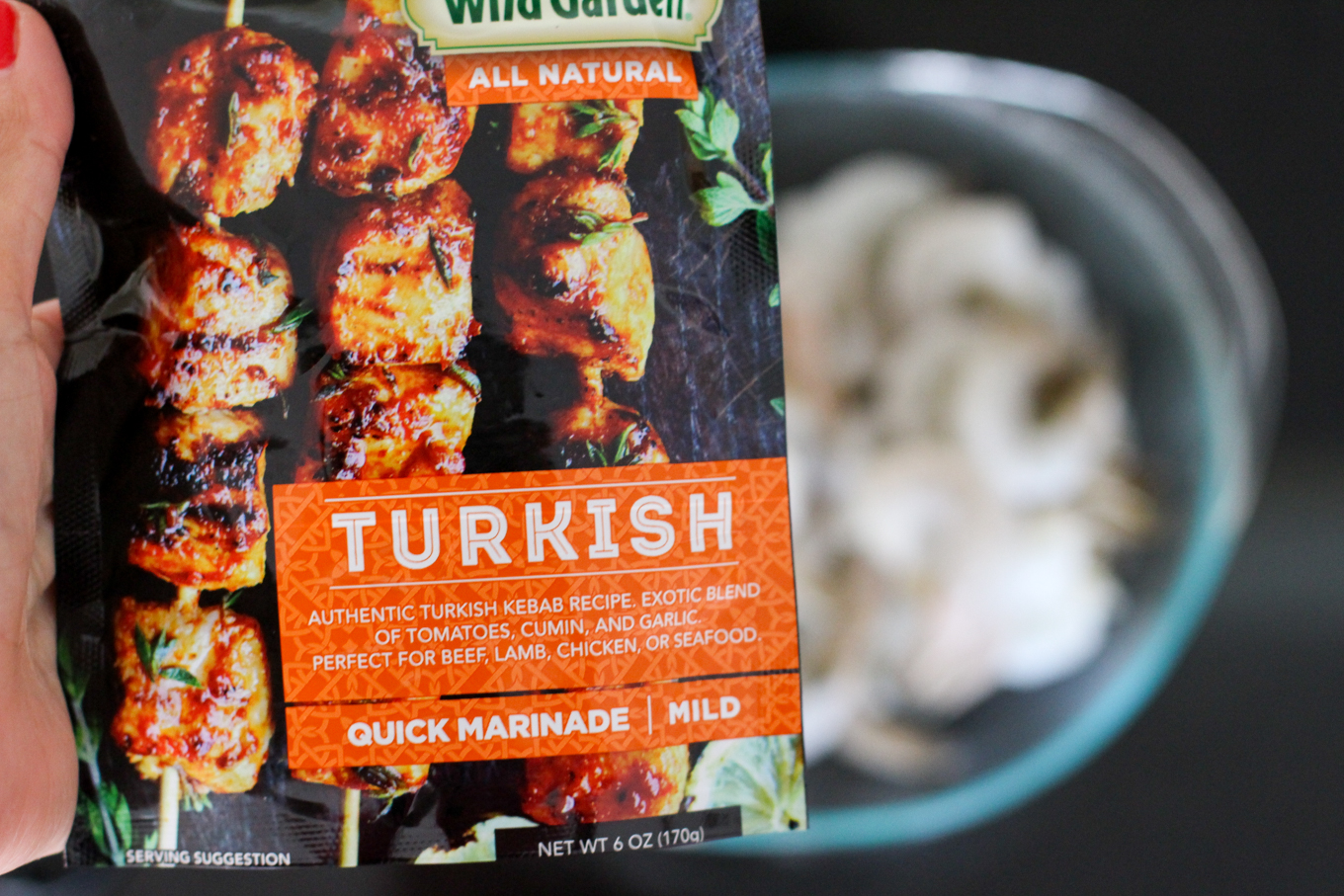 Take them out of the fridge and skewer them – about 4 to 5 shrimp on each one. Bake at 400 degrees for about 12 minutes.
(print shrimp recipe) 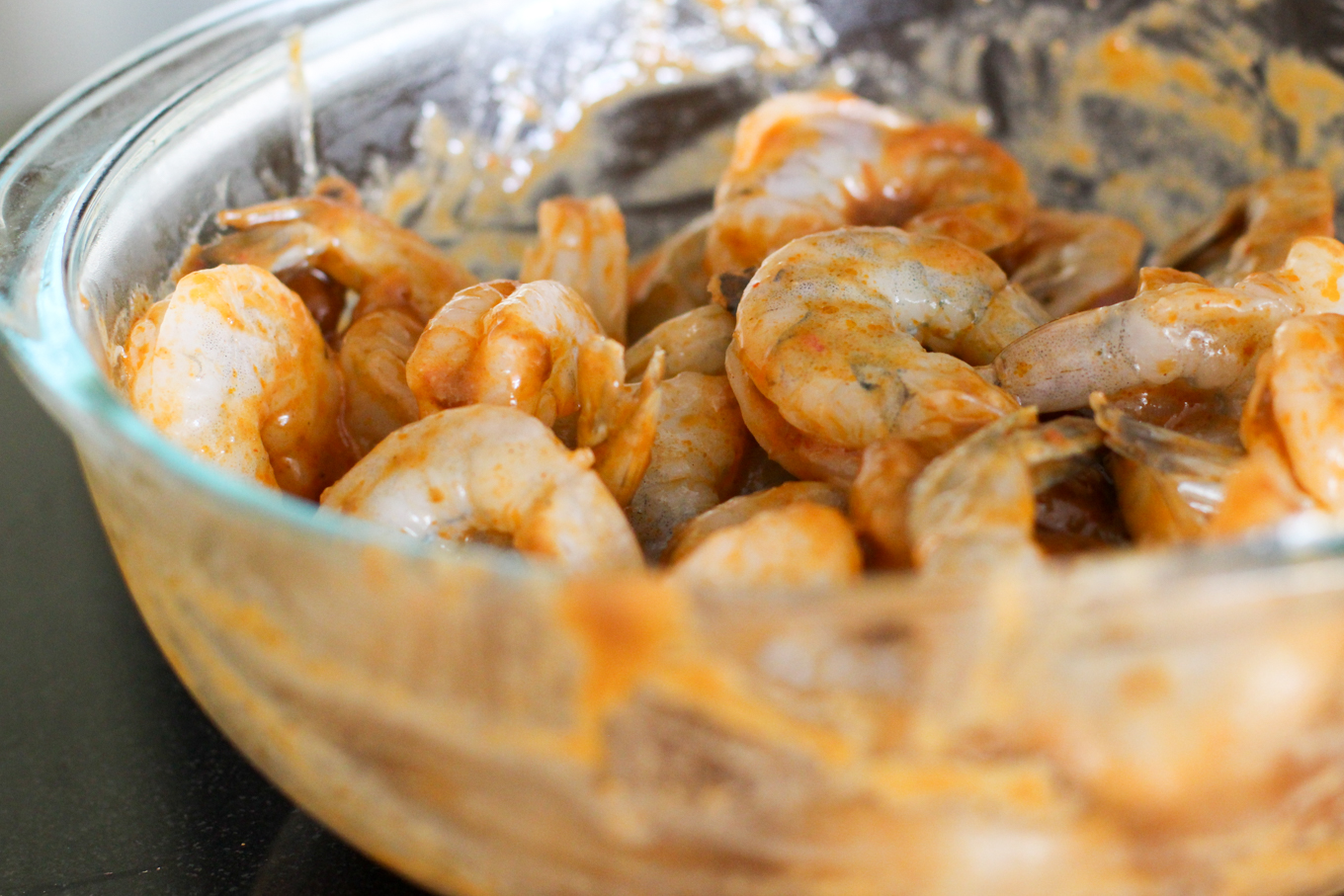 And finally – the couscous salad! These little packets are super handy on a weeknight as is, but because I was cooking anyway, I decided to amp it up a little bit. I added 1/2 of a chopped red bell pepper (that color!) and a few chopped artichoke hearts, as well.
(print couscous recipe) 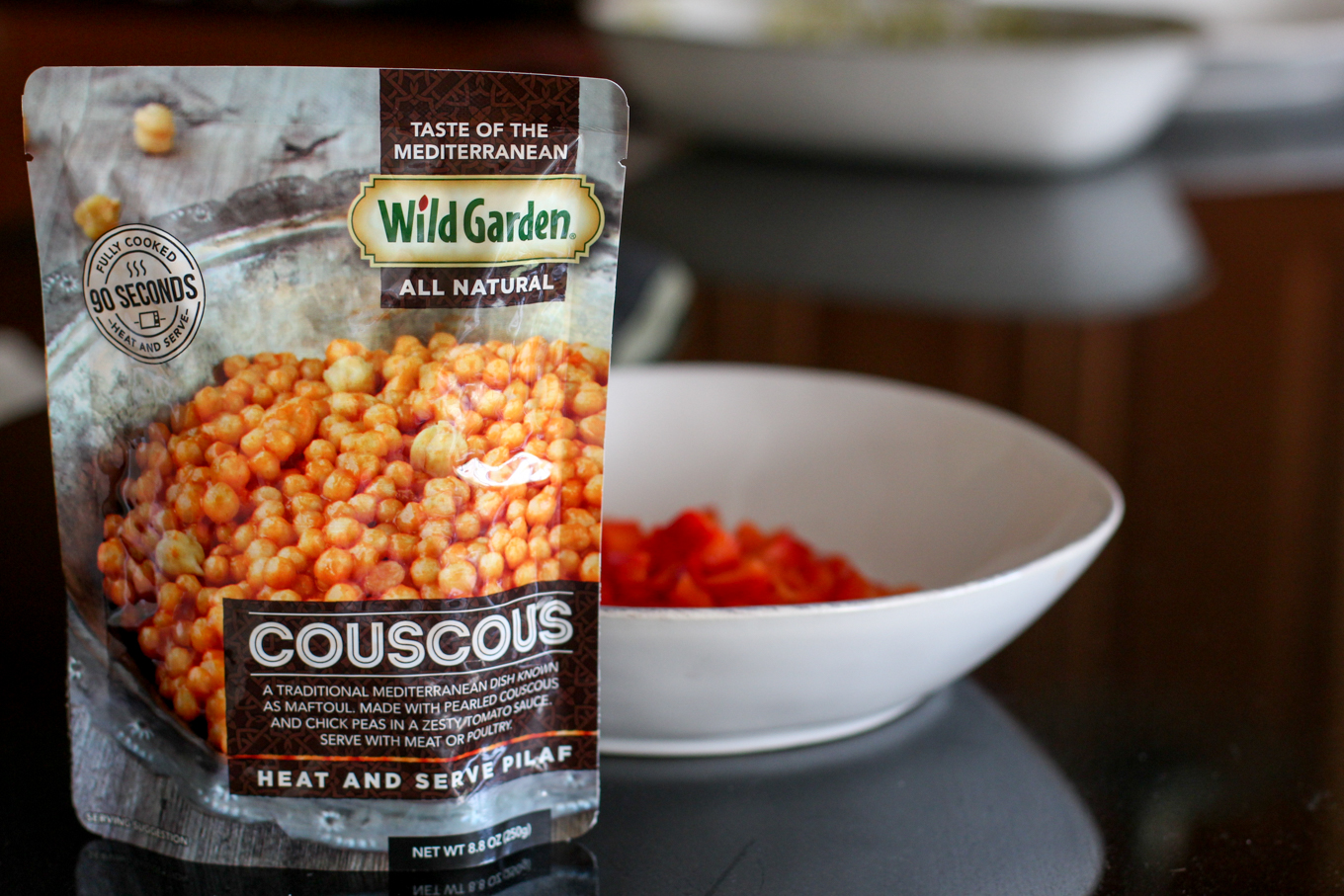 I love parsley (plus, again: COLOR), so I chopped a small bunch and sprinkled that over the top of everything. 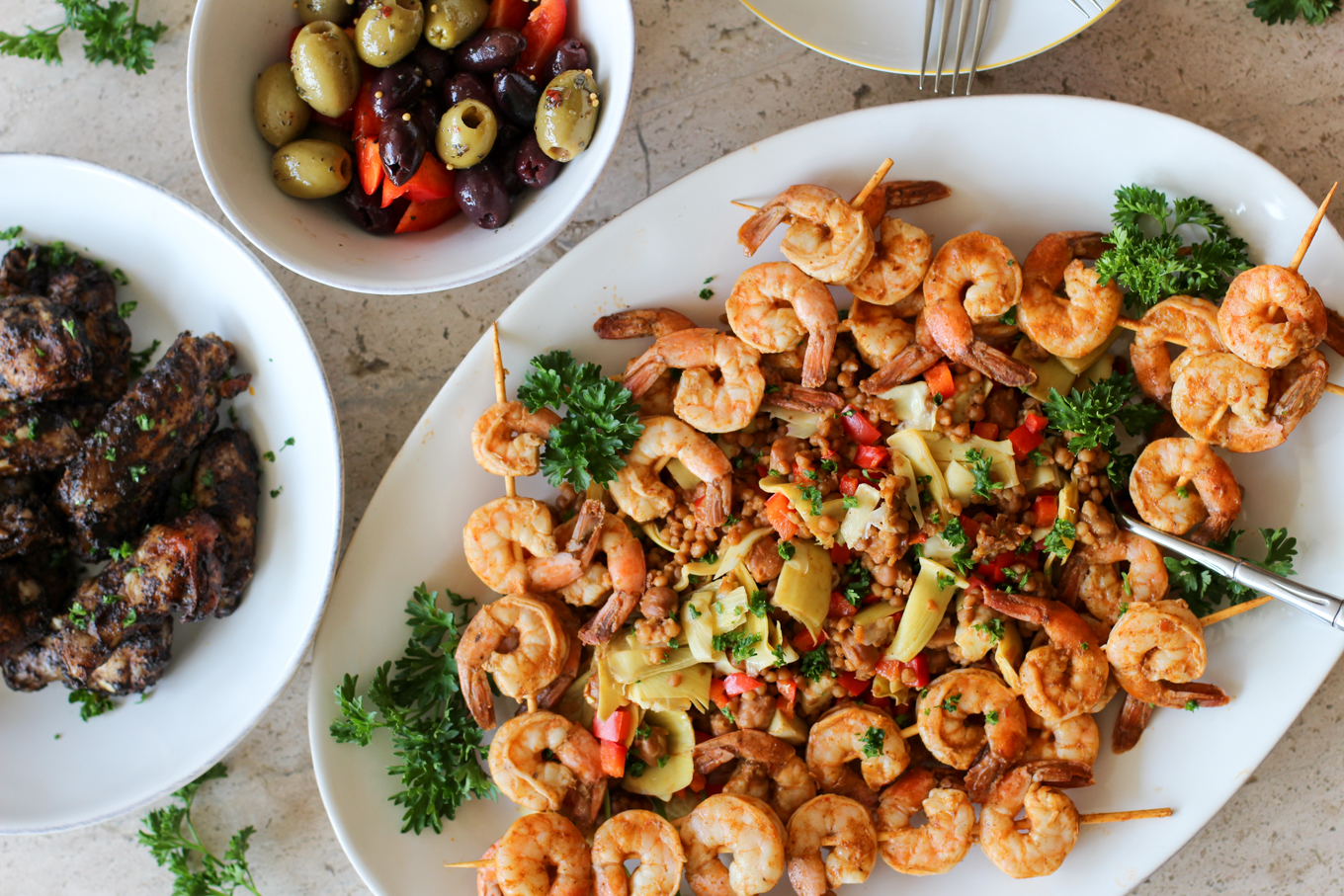 When I was trying to figure out what to make, chicken wings immediately came to mind. I’m weirdly a huge fan of wings even though I don’t usually like anything with a bone (not sure what that’s about), but these did NOT disappoint. Like I said, they were falling right of the bone, and the marinade is ridiculously flavorful. So many eastern Mediterranean spices all over it – and I love that I didn’t even need to put the marinade together! 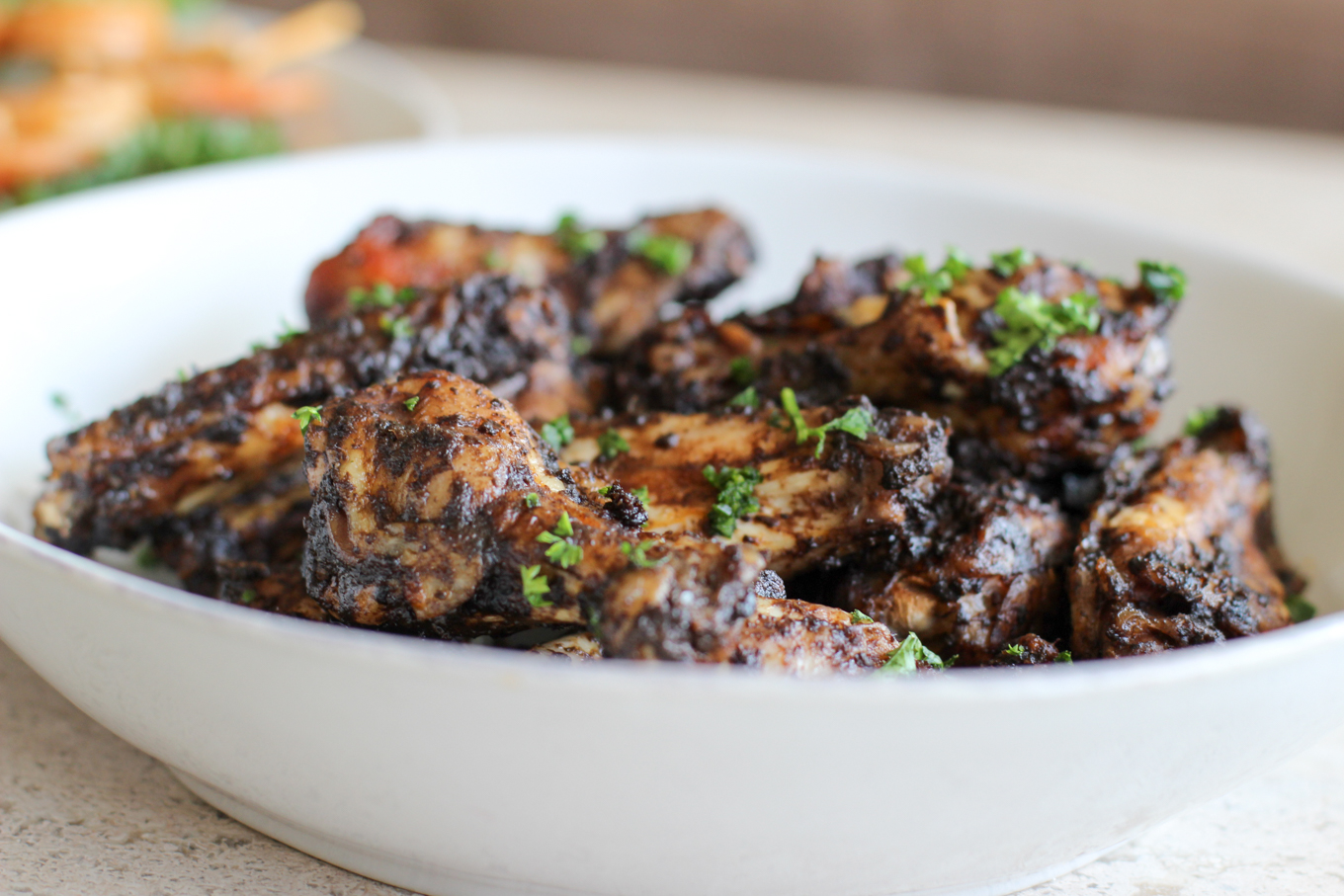 And then there’s the shrimp! I get bored with shrimp really easily because I always cook them the same way. This marinade gave them a lovely flavor – and baking them in the oven is literally the easiest thing ever. 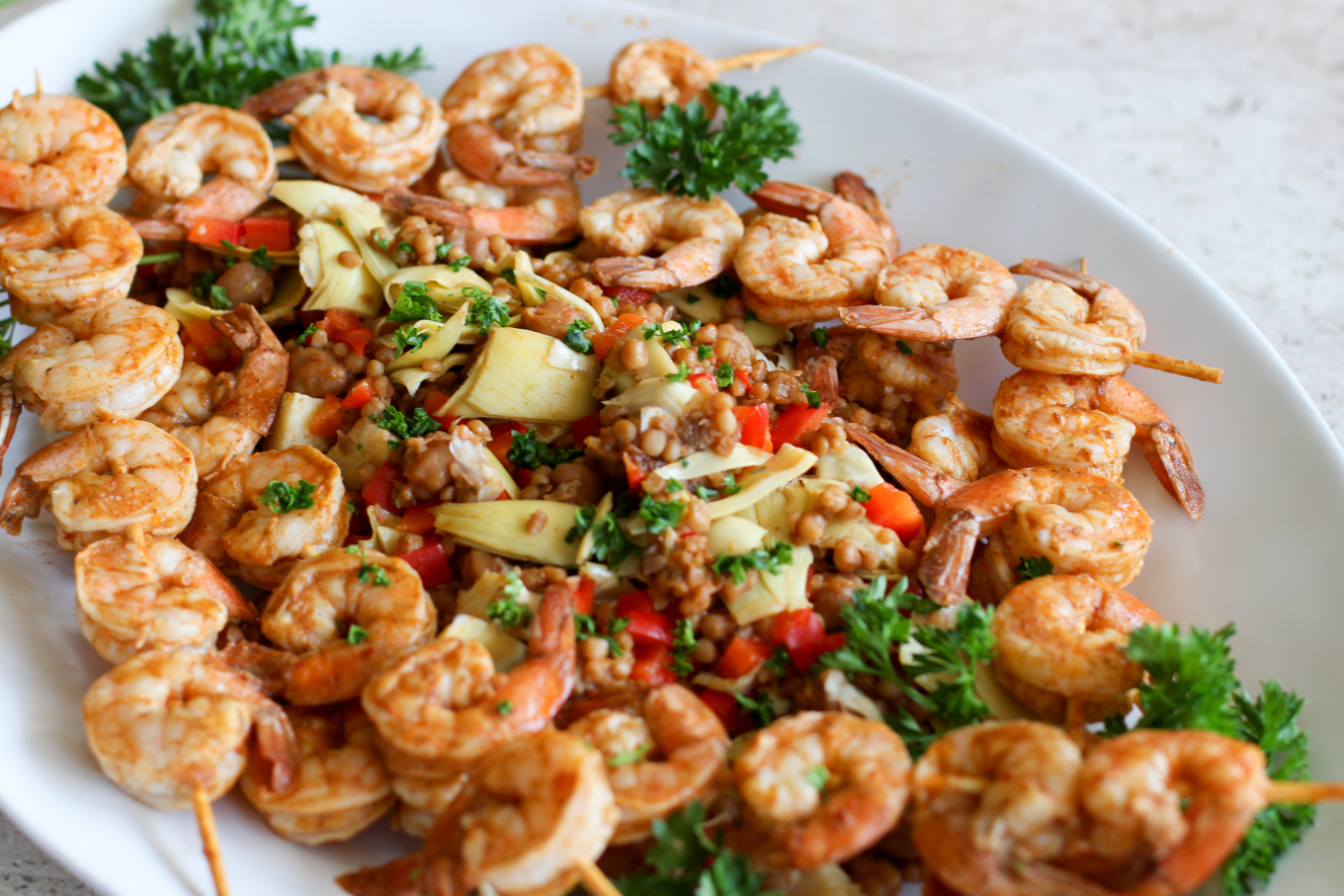 True life: I took about a million shots of these because I didn’t think the photos were doing them justice! Pretty proud of this one, though. I mean… don’t you want to eat that? 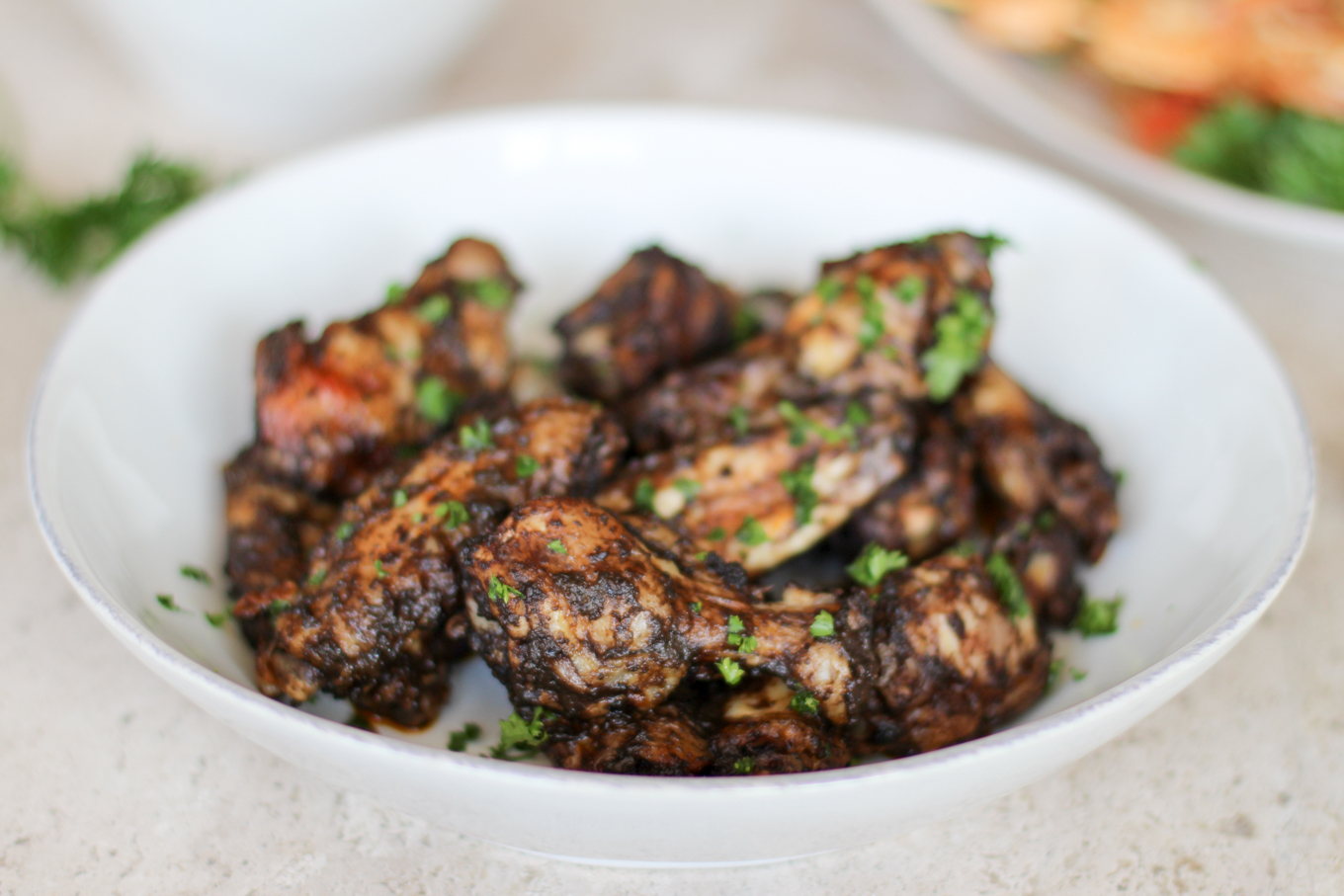 Want to make this?! Duh. Lucky for Chicagoans, you can find the marinades and couscous packets at Jewel or Mariano’s right now. 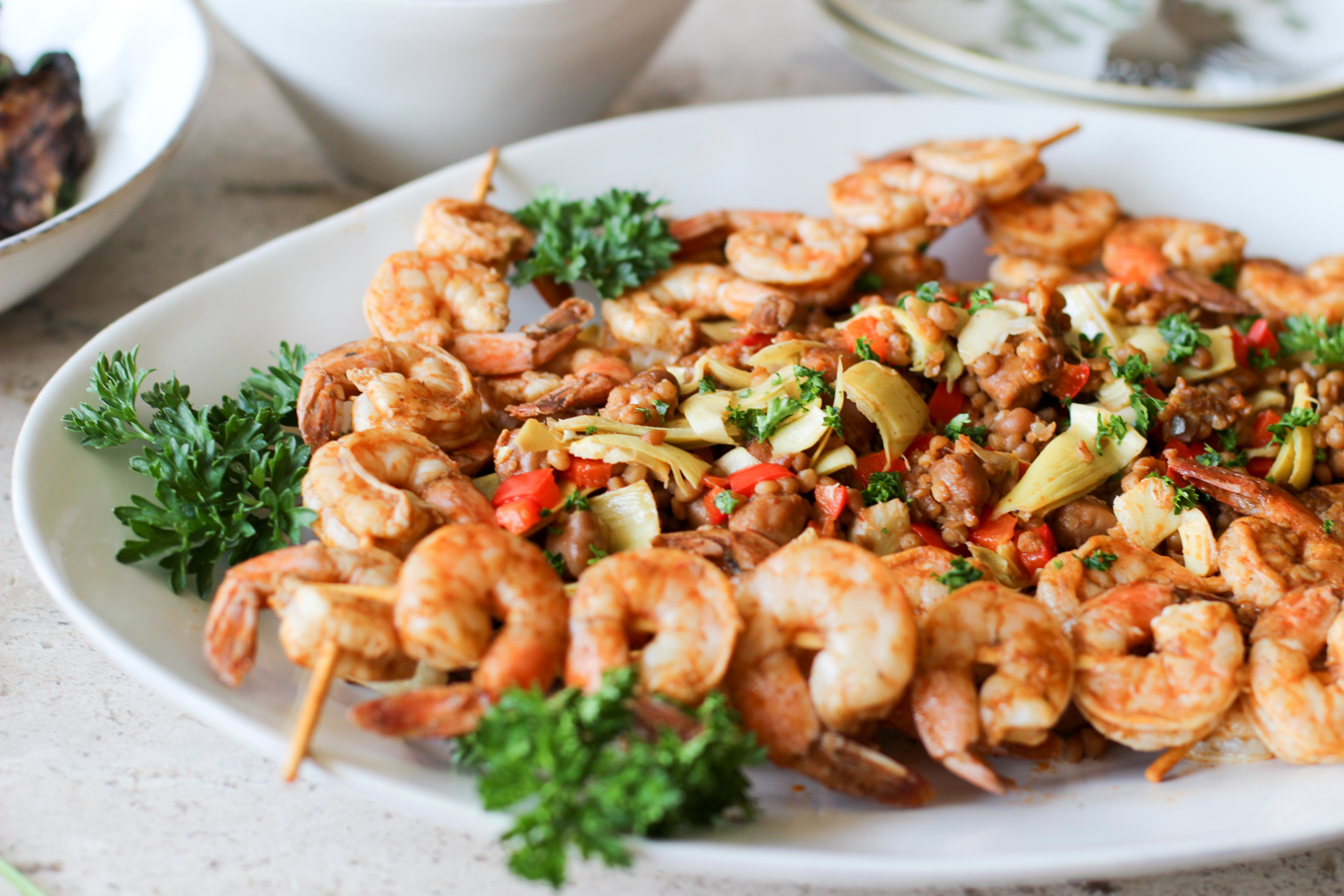 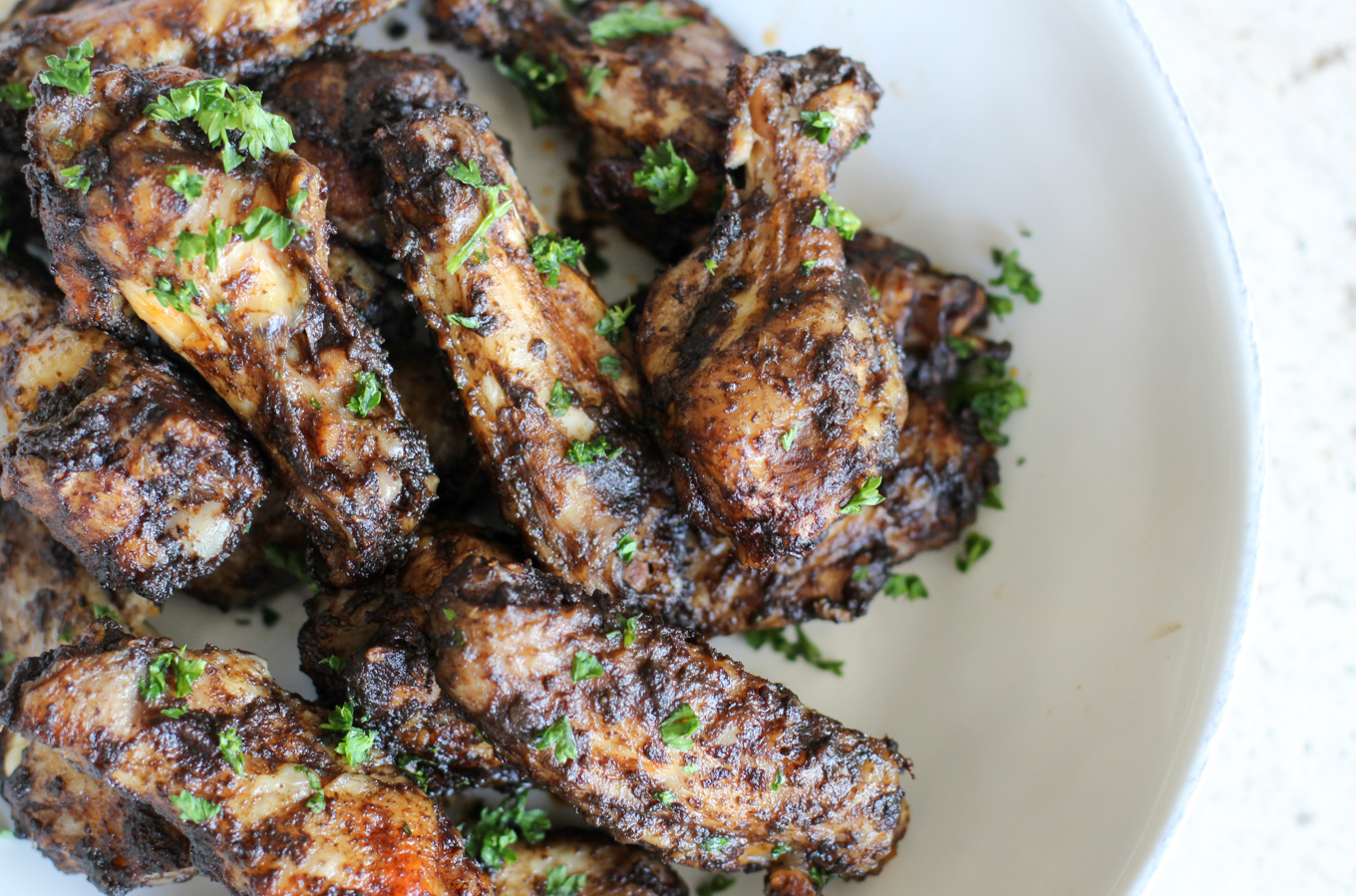 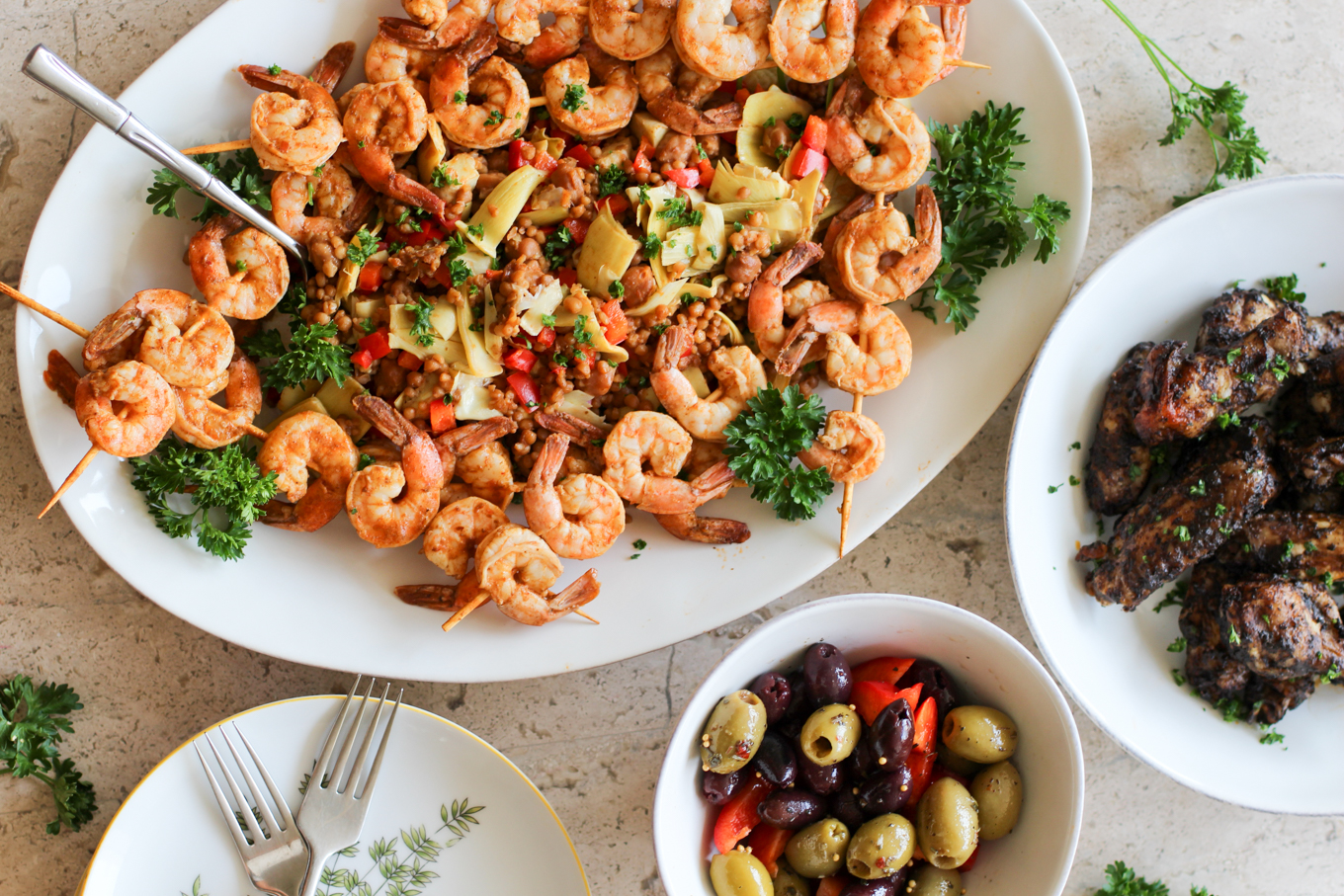 When I saw marinated olives at Plum Market I knew they would totally add to these plating photos… plus, they’re SO good. I never used to like olives growing up, and then I realized that really good marinated olives are soooo different from regular old jarred ones. At least now I know that I’m an olive snob. I’ve accepted it 🙂 Offer them to me at a really good Italian restaurant? Yup, I’ll take em all. Offer them to me in the jar? Nah. <- Is anyone else like this?! 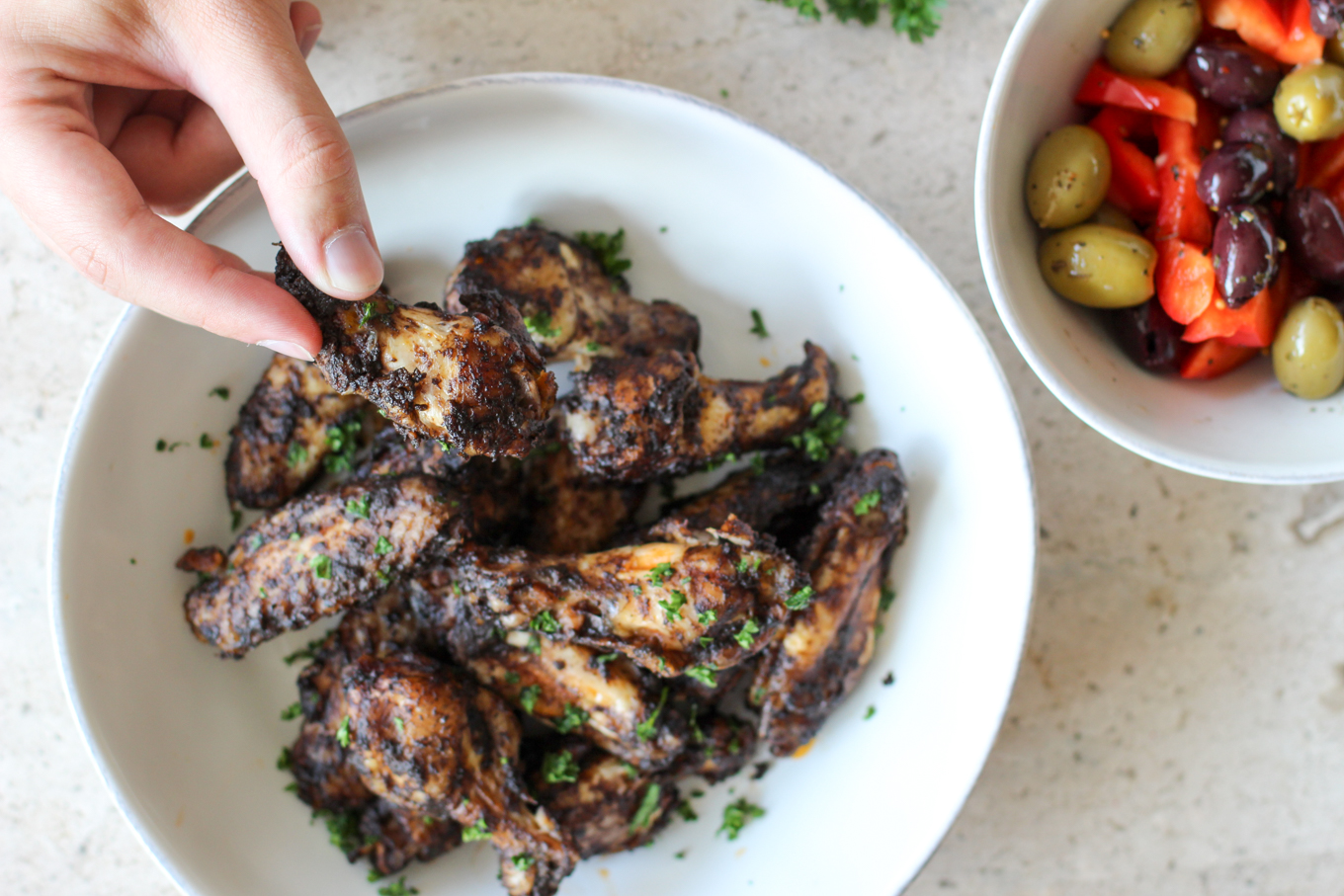 Have you guys tried any of these Wild Garden products?! 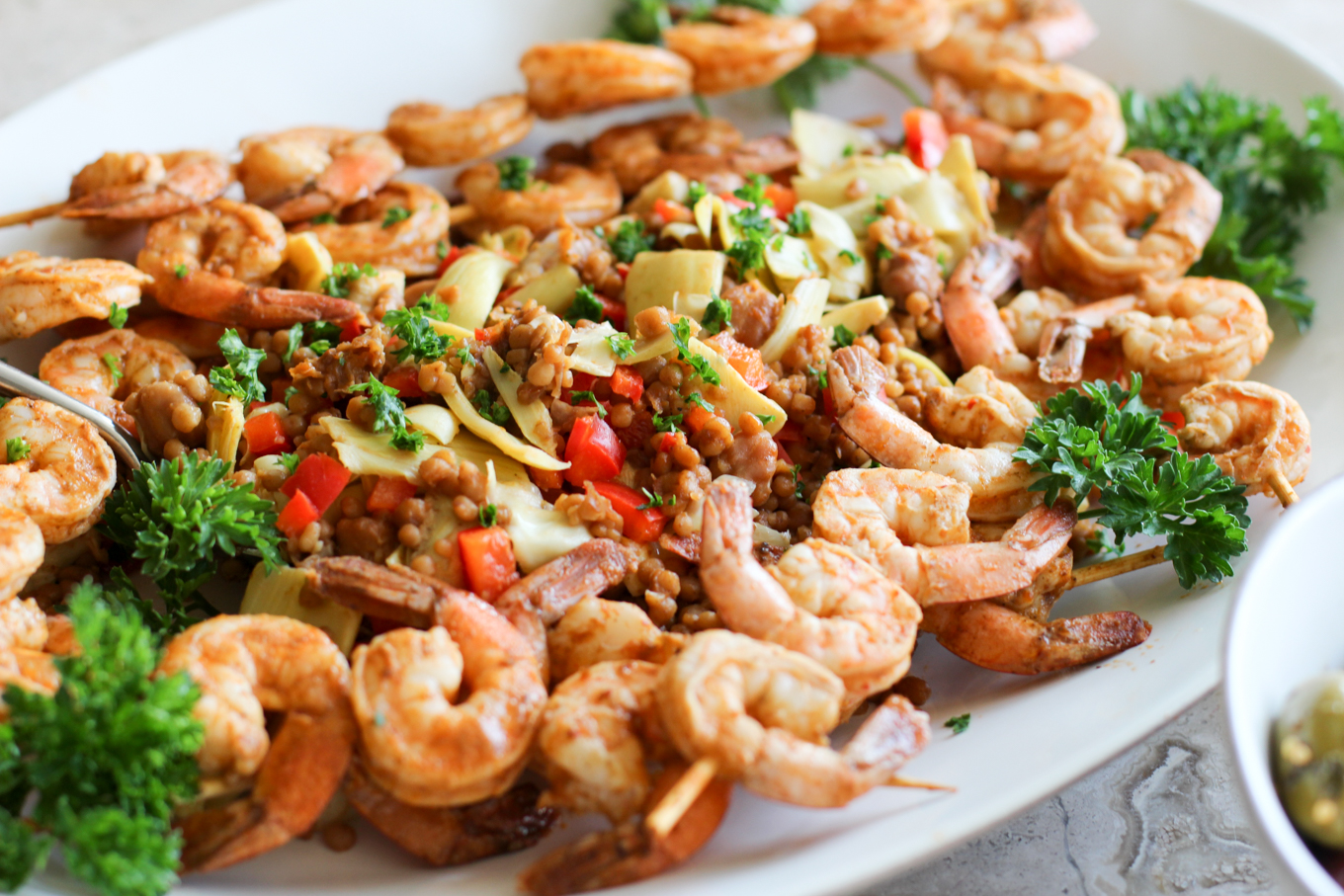 BRB gotta go eat another wing 😉 Have a great day everyone!! 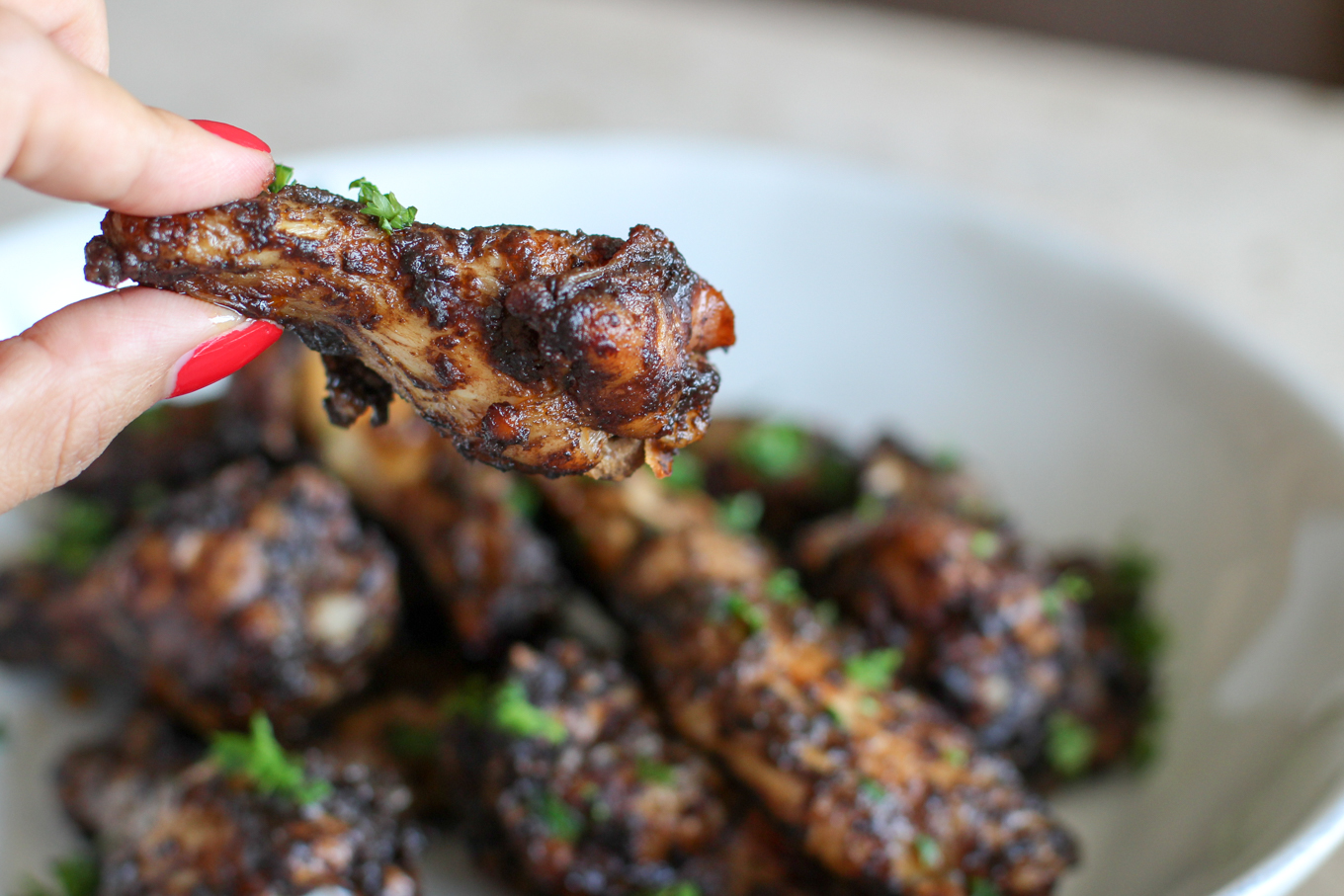 *This post was sponsored by Wild Garden, but (as always) all opinions are my own!

Power Bowl Party So… someone you know is getting married?!